I don’t normally find myself thinking about these things, but while closing out the beach at Port Stanley last weekend (here in Ontario the beach season is short but sweet — even the potted palm trees have been carted off to a greenhouse already), we drove past this hearse done up as the Ghostbusters’ Ecto-1 wheels. It’s a bit newer than the ’59 Caddie used in the Ghostbusters movies and not exactly true to the original in terms of badging and accessories, but my kids immediately knew what it’s supposed to be — props to the Shriners (the fez on the ghost decal gives that one away). 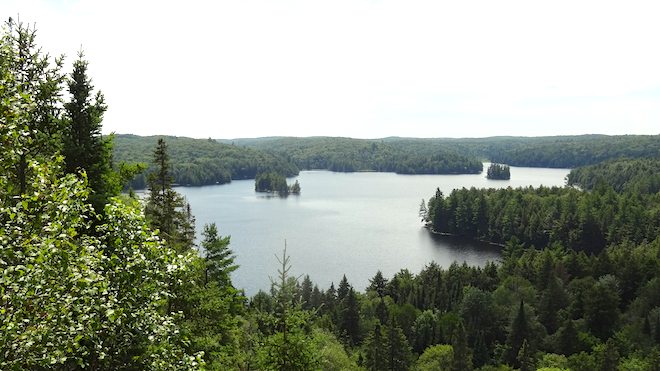 One of the reasons I’m such a fan of camping is that it gets the kids outdoors for a few weeks every summer. I’m under no illusion that this has the effect of cutting out the screens altogether (even with a week in a no electricity site, the Nintendos and iPads put in frequent appearances), but it does help to reduce the reliance on electronics for entertainment and fosters an appreciation for the outdoors. My wife and I were avid hikers in our pre-kid days, but the arrival of little ones (and their lack of endurance) has curtailed that for the past decade and a bit. With my youngest kids now at 10 years-old this year, we decided to push the boundaries a little and undertake a fairly serious hike, the 4.75 mile Track and Tower trail in Ontario’s Algonquin Provincial Park. Here’s how it turned out. 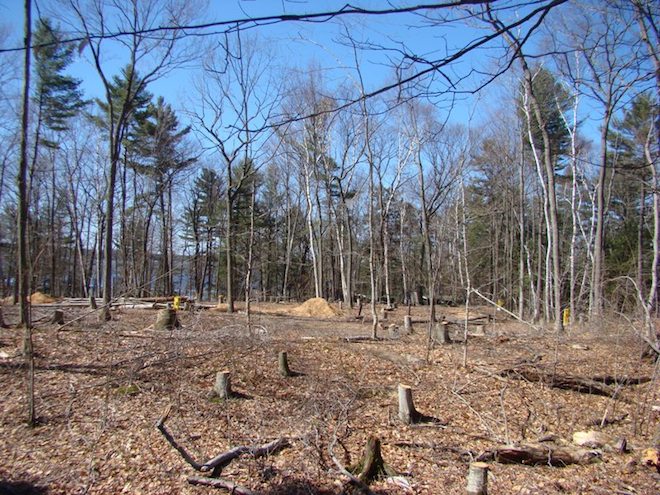 I’m in the midst of my family’s annual summer camping trips. We’re in Arrowhead Provincial Park near Huntsville, Ontario (Canada) at the moment, having spent our first week with friends and their families in Killbear Provincial Park (near Parry Sound Ontario). We’ve been meeting together en masse in Killbear for years, always staying in the same group of sites. But this time something was very different. As we pulled into the park, we began to notice campsites that had been thinned out. As we approached our usual areas, the thinning had progressed to near clear cutting on some sites. What used to be a healthy canopy of mature trees, was reduced in some spots to dozens of stumps, rotting logs, sand and undergrowth beneath blazing sun. What had happened? Beech Bark Disease had taken hold resulting in the loss of thousands of Beech trees. 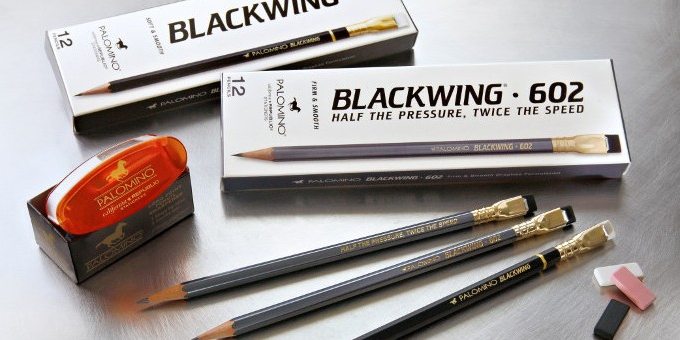 You can once again buy Blackwings, the pencils that Chuck Jones used to draw Bugs Bunny and other classic Looney Tunes characters. But instead of forking over $40 a pop on eBay, you can pick up a 12-pack on Amazon for $22.95, a considerably more affordable price. My mother-in-law is an artist, so when Palomino sent samples of the Blackwing and Blackwing 602 (a firmer pencil aimed at writers who — unlike me — are not surgically attached to a keyboard), I knew where to turn for testing.

We were in Grand Bend (Ontario, Canada) on the weekend. It was unseasonably warm (well above freezing) and sunny, so we decided to troop on down to the beach en mass and check it out. The beachscape was not what …

Double rainbows are so 2010, but I still had to stop and grab a shot of this example which made an appearance here in London, Ontario (Canada) on Saturday night. It was my first personal brush with this phenomenon; not …

As we head into the final stretch of summer, my family is getting into the camping groove pretty well. We spent a week at Killbear provincial park, I just motored up to Muskoka (a resort area a few hours north …

The news has been full of stories about the great white sharks spotted off Cape Cod this summer, along with the recent shark attack on a swimmer at Cape Cod Beach. I’ve been following this one closely because the Cape …

My family and I just returned from our annual Killbear provincial park camping trip. Located near Parry Sound, Ontario (Canada), there are always three things we can count on whenever we camp at Killbear: racoons, black bears and mosquitoes. We …

I’ve been thinking a lot about extreme weather lately. We all have our hang-ups, right? I live in London, Ontario, a Canadian city that’s pretty much smack dab in the middle of the Great Lakes region, an hour or less …

My wife was in Ottawa for a conference for several days last week and we decided that with our kids at the ages of 8, 8 and 11, now was a pretty good time for them to visit Canada’s capital …

This past weekend was a long weekend in Ontario, with today being the Family Day holiday. With the theme being spending time with your family, we decided to do something different and took the kids out of school on Friday …

For residents of the province of Ontario (Canada), February doesn’t just mean brutal cold and snow. Statistically speaking, yes those two factors will likely be in play, but February also means Family Day, the holiday created by the provincial government …

Last summer, one of our camping trips was to Killbear Provincial Park, roughly six hours northeast of our London (Ontario) home. We had such a good time there that plans were made to make that particular trip an annual one, …

INplay 2010 is a two day conference starting tomorrow in Toronto, Ontario that’s focused on the art and business of kids interactivity. Among the keynotes and speakers are the Executive Produce and Co-Creator of Yo Gabba Gabba! and representatives from …

Happy Family Day to all my peeps in Ontario (Canada)! First celebrated in 2008, Family Day takes place on the third Monday of every February and is intended to give working parents a day dedicated to spending quality time with …

The Girl Guides of Canada launched their centennial celebration over the past weekend, recognizing the 1910 foundation of the organization in Canada, with the first troop established in St. Catharines, Ontario. Across Canada, various government organizations are gearing up to …

Just a quick note to let readers in the Toronto, Ontario area know that the city is offering free admission for kids 12 and under to the city’s numerous historic sites. This includes Fort York, Gibson House, Spadina Museum and …

We just wrapped up the 2009 camping season after taking the kids out of school for a few days and booting it up to Bon Echo. One thing we learned about camping during the week in September is that this …

We just arrived home after spending a long weekend camping at Killbear provincial park. With this being Geekdad’s UnWired week, once the last of my work assignments were out of the way, I made an effort to keep my hands …