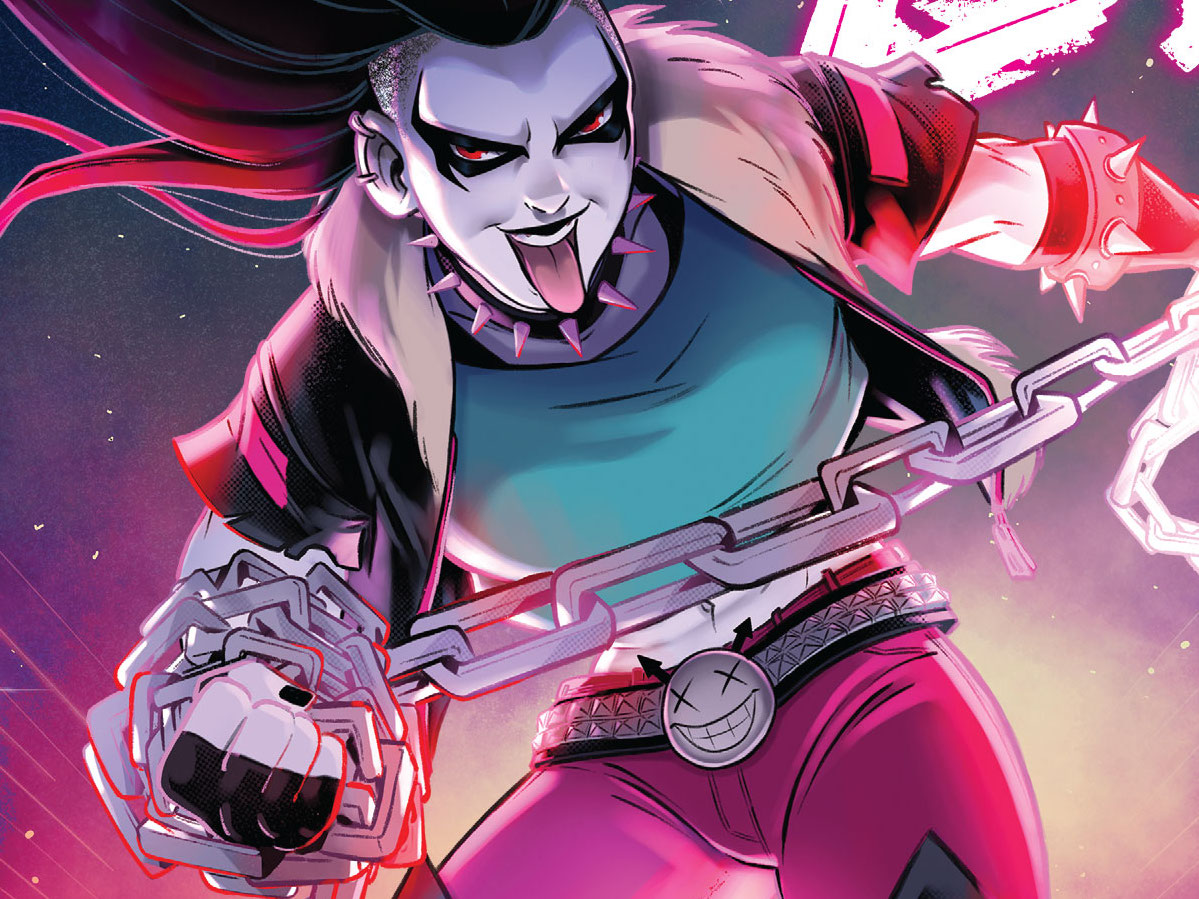 Ray: This was hyped up as a high-octane space adventure, but it’s actually turning into one of the best commentaries on dysfunctional families and generational trauma to ever be published by mainstream comics. Crush has made her way out of the space prison where Lobo set her up, but she’s on a life-or-death mission to track down her dad before she pays a terrible price. Her first stop on Lobo’s trail—following his cigar butts, in an amusing twist—is a planet with an officious two-headed king who tries to attack Crush with space lizards—only to find out she’s best friends with them. She’s her father’s daughter in some ways, and she’s not afraid to intimidate and even maim her way into key information. This scene is funny and features some adorable aliens, but it also shows that Crush is a seriously dangerous person—no matter how much she wants to run from her father’s legacy.

The real meat of the issue, though, is in the second half when Crush encounters a little slice of suburbia in space. She tracks Lobo to a house containing a woman who’s madly in love with him, seeing only his positive traits and believing all his lies. It’s a cycle we’ve seen multiple times, and Crush’s attempts to wake her up fall on deaf ears. While she doesn’t get far, it does cause her to start reflecting on her own failings with Katie in a powerful segment. This is ultimately a story about a girl trying to better herself after having the worst role model possible, and that’s something I definitely was not expecting to get out of a Lobo comic. But then, it’s not surprising given the usual quality of Mariko Tamaki’s writing. Next issue seems like it’s going to be a return to action as Crush tracks down Lobo at a chaotic space casino, but I can’t wait to see what added layers we find in that story.