Corrina: Onto the Reboot

Ray: Flash Forward #6 closes out a series that has had its ups and downs, both in plot and in tone. It gave us the reunion we had been asking for since Flashpoint, letting Wally West find his kids again – but it also teased us throughout that a far more painful loss was coming for the fallen Flash. This issue finds Wally spending a perfect day with his children – they bond, they tease each other, and it reminds us of what the characters and we have been missing. But it also turns out to be the last day, something he was promised by the long-gaming Tempus Fuginaut before Wally has to take control of the Mobius Chair and lose himself to it. This plot point hasn’t been exactly clear throughout, but it seems like this will destroy the world Wally built for himself and his kids, and also erase his memories of them. Wally can’t seem to catch a break in this universe – tortured with memories of a world that no longer exists until he snaps, and now this.

This could have been an unspeakably cruel ending if it meant Iris and Jai went into limbo again, or were erased from the world. Instead, Lobdell manages to find a way to give them a happy ending of sorts that doesn’t include Wally and closes one of the big loose ends of the Rebirth era. After all, Wally’s not the only one who lost his kids, he’s just the only one who remembers it right now. I think the twist would have been stronger if it hadn’t been revealed well in advance – we know that Wally is going to take on the power of Doctor Manhattan and become the linchpin of whatever the next big retooling of the DCU will be. That being said, this final issue hit most of the right notes for saying goodbye to the previous version of Wally West. I’m not sure this character really squared with what he became in Heroes in Crisis, but I do think it’s a fitting tribute to the pre-Flashpoint version of the character. What comes next for him, we’ll see.

Corrina: As a general rule, I dislike stories written to satisfy plot points. I tend to dislike even more stories written to “fix” a story that wasn’t well-received or editorial has decided to change. Not to mention there’s little of Lobdell’s writing that I’ve enjoyed in the past.

Toss all those together and my view of Flash Forward #6 is far more negative than Ray’s. I suppose it could have been worse, in erasing Jai, or keeping Linda ignorant of her past. But that’s a low bar. Despite all this, Wally still killed people and they’re still dead. That his memory of that is erased seems like quite a cheat. I suspect we’re supposed to forgot the people who are dead because he “lost control.” Wally’s mental state being cured by finding his kids alive is also an easy out. There’s still so much trauma for him to sort out. And he’s not made amends to the people that, say, cared for Roy Harper.

Anyway, reboot coming, nothing matters but that, so either you’re on board to see what’s next or, like me, you shrug. 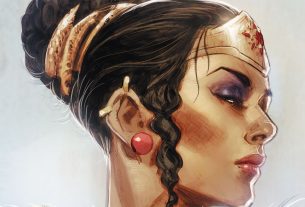 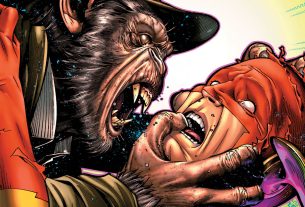