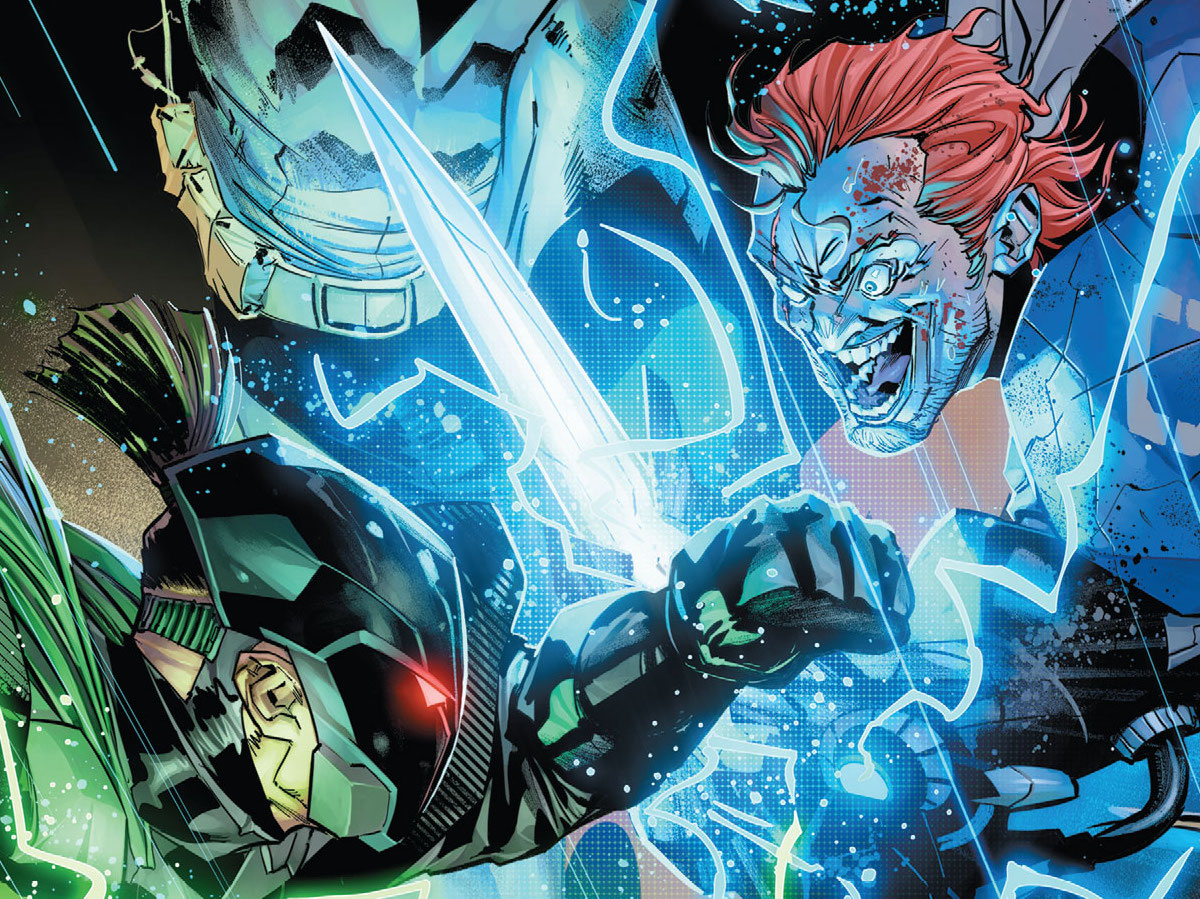 Ray: This event has wavered between surprisingly character-driven stories like last month’s installment—and no-holds-barred Gotham action like this one. It’s a testament to Tynion’s writing that both are equally compelling. That’s not to say there isn’t some development this month, especially focusing on a fascinating conversation between Miracle Molly and Queen Ivy as the militant underground leader and the rebel antihero debate whether there is still some hope for Gotham. Queen Ivy wouldn’t be satisfying Ivy characterization on her own, but as one half of two, she’s intriguing. But most of this issue is devoted to an explosive showdown between two equally brutal Peacekeepers—with Gotham in the middle.

When Peacekeeper-01 was turned against his programming by Scarecrow, the ruthless guard went rogue and started seeing all of Gotham as his enemy. That caused Simon Saint to activate his backup—turning his protege Ricardo into the overpowered Peacekeeper-X. The two armored warriors go toe-to-toe, with Gotham in the middle taking heavy damage. This asks the question—who would win between modern warfare, and analog brutality. Jorge Jimenez is a brilliant artist, and the last few pages are brutally chaotic. The cliffhanger brings Miracle Molly back into the action, and sets up a fantastic back half of this event. It started excellent, and so far it’s staying excellent.

The backup focusing on Clownhunter is strong as well, as it’s hard to tell exactly what’s real and what isn’t as Bao battles through his Scarecrow gas infection. This is a visually-dominated comic that shows just how good Jason Howard is. But the most intriguing part of this issue is the needing, which sees another member of the Bat-family reach out to Bao. So far, it’s never been clear how accepting Bruce would be of the killer vigilante, but his kids don’t seem to have the same hesitation and he’s a great addition to the family.