Ray: As The Wild Storm heads into the final act of a planned twenty-four issue run, it’s clear that Warren Ellis isn’t writing anything resembling a traditional Wildstorm series. It’s much slower-paced that the franchise normally was, and has more to say. It does feel like the pieces are coming into place for a final showdown that will have to be much faster-paced, but the journey is getting more interesting and these last few issues have built something really interesting.

John Lynch’s trip to find all his former agents comes to a close this issue, and his reunion with Stephen Rainmaker is much calmer and peaceful than past encounters. Rainmaker, the father of Wildstorm’s first LGBT hero from Gen 13, has retired to the reservation and is living a peaceful life off the grid. When Lynch warns him about Slayton and the threats coming for him, we get a name-drop of one of the most iconic Wildstorm villains of all time.

This journey to meet the parents of the Gen 13 crew has been one of the best arcs of the series, but the major players are still lurking in the background. Engineer, in particular, takes a big step in this issue, making contact with the psychic creatures known as Daemons that have been the source of much of the trouble in the series.

This is the same creature lurking in Michael Cray’s head, and I have to say that this issue’s confrontation isn’t quite as compelling as the scene in that series was last week. But Jon Davis-Hunt’s art is brilliant as always, and the end of this issue brings in the two biggest players who Warren Ellis hasn’t gotten to use yet. I will admit I was a little skeptical about the idea of anyone but Steve Orlando writing these two, but I’m excited to see how they’ll play into this series’ final act. Feeling much more like a creator-owned book than a franchise, I’m curious to see how this will play out. 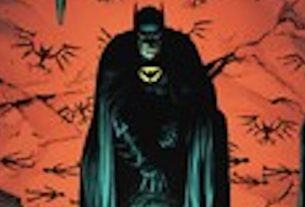 Review – Batman: Earth One Vol. 3 – The War for Gotham