Victor waved his hands and incanted a spell and an ornate magical door appeared before him. He and Gimble went through the portal and appeared alongside the crumbling Argynvostholt mansion. Exploration ensued. They made their way around to the front and came face-to-face with an impressive ten-foot granite door. It was opposite a moss-covered statue of a dragon that sent shivers down Gimble’s spine. “It’s OK,” said Victor, “I guarantee that statue is NOT magical in any way.”

Last night was the sixtieth session in our ongoing, online Curse of Strahd

D&D campaign, and for the first time in a while all five in our group were all able to play. Somehow we have made it through sixty two-hour-long sessions with our group of heroes (almost) intact. We have been playing Curse of Strahd, which is fifth edition’s attempt at a Gothic-inspired horror story set in and around the infamous Castle Ravenloft. While our adventuring party, “Nepharon and Associates,” still haven’t made it to the dreaded castle, we have met its owner Strahd Von Zarovich on numerous occasions, none of which have gone well for us.

“It’s OK,” said Victor, “I guarantee that statue is NOT magical in any way.” Gimble wasn’t all that convinced with Victor’s appraisal of the ominous-looking dragon statue. He certainly didn’t like the way it was facing the doorway. But nonetheless he let his wanderlust get the better of him and pushed against the large stone door. It creaked open easily, disturbing some ancient cobwebs. An old decrepit spider looked up from her knitting and sighed. Behind him, Gimble heard the low rumbling of cogs and gears grinding as a sad puff of smoky dust wheezed out from the stone dragon’s open maw, the long-forgotten remnants of an elaborate trap fallen into disrepair. “Oh, THAT statue,” said Victor, “Well yeah, there’s some magic THERE.”

The session began with Gimble Timbers and Victor at the front door of Argynvostholt mansion. They were scoping it out while waiting for the other party members to return from their own errands. This was the result of our DM’s keeping the narrative going while players were absent last session. The only issue was that now the party was split up and he had to try to find a way of navigating them back together without railroading them.

If you watch any online D&D games like Dice, Camera, Action!, High Rollers, or Critical Role you’ll see how well professional DMs manage this. The trick is to keep the other players interested, while their characters are off camera. No mean feat when you have four separate scenes all happening at once.

The Kosef Division
So while Gimble Timbers and Victor nosey-ed around the mansion, Kosef and Ireena were making camp on a cliff overlooking Argynvostholt, and keeping watch for the others. Ireena was still concerned about the fate of the party, half of whom had taken dark pacts and were beginning to turn evil. Kosef tried to reassure her that Baräsh and Engong could still be saved and pulled back from the brink. Ireena was not so sure.

Kosef used this opportunity to reinforce his plan for becoming the new leader of the party, which he had renamed The Kosef Division. Ironically this was the aftereffect of his own dark pact with the magical Staff of Frost he carried.

As they talked and kept watch, they saw a break in the clouds. For a brief moment a full moon appeared and then drifted back behind cover. This was followed instantly by a crash of thunder and a heavy downpour.

The Wizards of the Wines
To explain their absence, as they couldn’t play last session, Brundle and Baräsh were sent off to the Wizards of Wines Winery to check on the Martokoff family whom we had helped earlier in the campaign. Our DM hand-waved a lot of the travel, giving the guys the opportunity to add in any role-play elements they wanted as their uneventful journey progressed.

When they got to the Winery they found Davian Martokoff and his family all well. There had been no sign of Strahd or the witch Baba Lysaga and thus the winery was in full working order. Davian asked the two of them where they were headed next and tried to talk them out of going to Argynvost mansion. “It’s full of darkness and sorrow and un-life,” he said. But Baräsh laughed this off, scoffing at the worried old man. “Isn’t all of Barovia full of darkness and un-life!”

Happy that the Martokoffs were safe and well, Brundle urged Baräsh to return to the others. They made their way back along the dusty, dark road towards Argynvostholt, narrowly avoiding a conflict with some evil scarecrows. After a day’s travel they saw the cliffs ahead. The clouds parted for a split second, revealing the moon. A crash of thunder and a flash of lightning illuminated their companions camping on the cliff that overlooked the mansion. It started to rain.

Engong’s World
Our fearless monk leader Engong was also indisposed for our previous session, and to explain her absence, our DM had her wander off into the woods inexplicably. Of all of our party her character has changed the most since we entered Strahd’s domain, both in physical appearance and attitude.

In the Amber Temple she was tempted by all of the dark pacts on offer and took as many as she could. In return for invincibility, truesight, strength, and immortality she was now covered head-to-toe in oily fur, her eyes were replaced with abyssal voids, and she had a permanent manic grin and had become an arrogant bully. On top of all of this she had accepted a pact to become a vampire; all she had to do was kill someone she loves or be killed by someone who hates her. So when she wandered aimlessly off into the woods, none of us thought that much of it as she had been acting pretty weird anyway.

None of us had noticed that in actual fact she had been enticed in by a Will-o-wisp. Whilst we all went about our individual errands the creature lured her deeper and deeper into the dangerous woods. Eventually she broke the hold of the ghost-like being and found herself alone in a clearing.

Suddenly she heard a scream; a child’s voice broke the silence, followed by the growl of wolves.

Dashing to the scene through the thick bush Engong used her incredible monk speed and strength to fight back the wolves. There were eight of them surrounding a tiny cloth bundle on the ground. They snarled and bit at her, but she stood her ground. Engong kicked and punched and cartwheeled around the pack. She used her innate Ki energy to stun and push back the attackers. Eventually after suffering heavy losses, the wolves retreated. But she could tell they were not far away.

Turning to the child whom she had protected, she could see it was a small half-orc girl wrapped in swaddling. The child was unconscious and badly hurt. A medicine check revealed that her injuries may be fatal. Engong had a choice to make.

The wolves could be heard sniffing and regrouping in the woods. A howl went up. It wouldn’t be long before more would arrive. Engong had taken some damage and couldn’t be certain to defeat them if they attacked again. She wasn’t sure if she could even help the child if she got it to safety.

Suddenly the clouds parted above her and she caught a glimpse of the full moon. Another howl went up, followed by many more. A crash of thunder. A flash of lightning. Engong picked up the child. She gently folded her robes around the babe and swung her round onto her back. She raised her fists and waited for the onslaught as it started to rain. END

Afterthoughts
Wow what a cliff-hanger! But sadly we won’t get to see how this one turns out. Unfortunately, due to scheduling conflicts, this would be Engong’s last game with us. But I was really pleased that our DM was able to give her a tense and interesting send-off.

Having five members in our group worked really well for us, but I’m sure we will be able to plough on as a quartet. Of course we let Engong’s player know that if circumstances changed they would be welcomed back—albeit probably with a different character as Engong has kind of gone off the rails a bit now.

What did we learn?
DM Tip: Running multiple scenes simultaneously can be tricky, especially if you want to tell a particular story but your players are easily sidetracked or distracted. But, if you manage to keep everyone’s attention and maintain the tension throughout, it can be really rewarding. It also lets players interact with each in different ways as new group dynamics arise and unfurl.

Player Tip: Don’t forget your dice and character sheets. I was playing this session whilst on holiday abroad and I while had remembered to pack my iPad and headphones and check there was WiFi, I had forgotten my character sheet and dice. Luckily I didn’t have to roll and didn’t need my stats this week, but this is perhaps a one-off: Pro-tip no.1: Don’t forget your dice.

Next week we begin a new chapter of our adventure without our illustrious leader. Hopefully Kosef will be able to convince the rest of the group that he’s the new leader they’ve been searching for and we can regroup and explore the Argynvostholt. 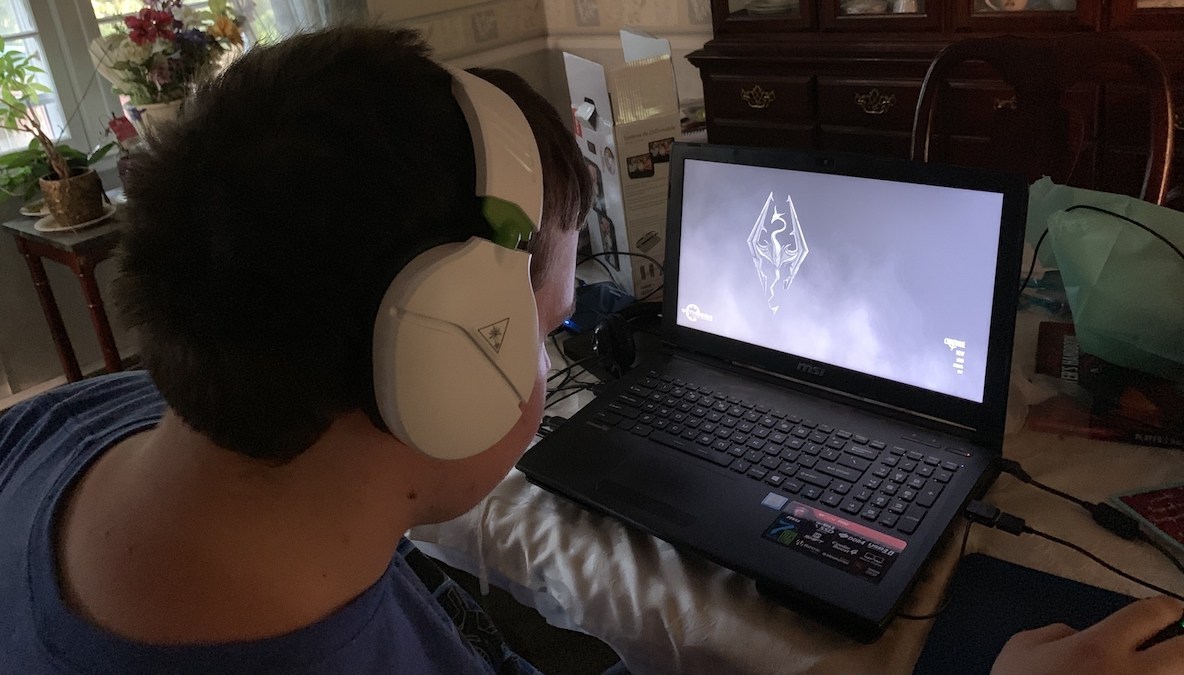 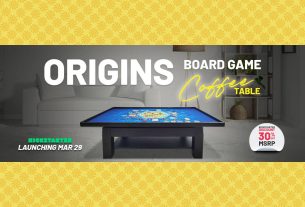