The party was tired, hurt, and no closer to finding the secret to defeating Strahd. What they needed was a rest. Suddenly, as they contemplated their situation a loud crack came from behind one of the closed doors. It was the poltergeist room. Before they could react, the door shattered and a wooden writing desk flew out from within. High pitched squealing and laughter echoed around the corridor as the party scattered, diving in all directions.

Last night was session 48 in our online Curse of Strahd campaign and things didn’t exactly go as planned, mainly thanks to three flameskulls and a poltergeist. What’s more, only three of the five party members could play last night, and there also were a couple of technical glitches—our monk’s internet decided it had better things to be doing than playing Dungeons & Dragons, and my 17-month-old son somehow learnt to catapult himself out of his cot (we are now investing heavily in crash mats).

Previously…
Over the course of the last few sessions our party of adventurers, Engong and Her Associates, has been searching through the Amber Temple, looking for a means to defeat Strahd Von Zarovich. He is the evil vampire overlord, and eponymous villain of the campaign, whom we have spent the last 47 episodes trying to run away from, not get killed by, and weaken, before our inevitable final battle with him. Inside the Amber Temple we have been tempted by numerous dark, devious pacts with strange powerful entities; fought a giant toad-monster; lost our friend Ireena; been attacked by many, many fireballs; and had one of our group die and then be miraculously resurrected. To make matters worse, last session ended with us all diving in separate directions, fleeing from an angry poltergeist with a penchant for flinging tables.

The party split. Brundle and Gimble dashed off to the corridor that led to the amber statue, while the others ran to the far end of the chamber. Engong led the way as they took the door to the south, turning and barring it after them. Hopefully that would keep the specter occupied for a moment while they figured out what to do next.

Engong and Victor were still grinning madly, the result of accepting dark gifts. Kosef turned around, and realized the gnomes weren’t with them. “We’ve got to go back for them,” he said, as loud thudding sounds came from the other side of the door. “What’s the point?” said Baräsh, his dark nebulous eyes staring forlornly up the stairway ahead. THUD! Another crash against the door shook the makeshift barricade, and the party dashed desperately up the stairs.

As neither of our gnomes could play last night we started the session by breaking the golden rule of D&D and splitting the party. Hopefully next time we’ll all begin together, or perhaps they’ll turn up just in time to save us from whatever mess we get ourselves into. In the meantime we had a poltergeist hot on our tails, so made a mad dash up the stairway and into the chamber beyond.

Through the door was another 30-foot corridor. There didn’t appear to be anything of note in this corridor. This made us very suspicious. So very carefully and slowly we made our way along, checking for traps. There were none. There was a faint green glow coming in through the cracks in the doorway at the end, and the last time we saw a faint green glow, we faced multiple fireballs, so we proceeded with extreme caution.

Baräsh gently pushed the door open and peeked into the room. He could see three floating skulls, wreathed in green flames, and all facing away from him. They appeared to be staring out of a number of arrow slits in the walls. Baräsh rolled a nature check on the skulls to see if he recognized them, but he only rolled a three. He knew right away that they were demiliches. He turned around and silently snuck back from the room.

One demilich could kill us all. Three could wipe out the whole of Barovia, including Strahd. But of course the floating skulls were not actually demiliches, they were flameskulls. Baräsh, thanks to his poor roll, believed they were the remnants of evil powerful liches who had transcended the need for their undead bodies. So he ran away.

Then he remembered his new character flaw: I look forward to death when it finally comes. He turned around, drew Jessica, his mighty hammer, and charged blindly into the room, smashing at the first floating skull he could. Immediately all three skulls turned, saw the dragonborn charging them, opened their jaws, and let out multiple fire rays in our direction. The fire shot past Baräsh straight down the corridor where we were all standing.

By this point some of us had realized they were flameskulls, otherwise Baräsh would be fighting this battle alone. Unfortunately, we started the combat in a bottleneck, so spent the first round trying to maneuver ourselves so that one fireball couldn’t take us all out at once.

Baräsh focused on one flameskull, using his final Divine Smite as he swung his mighty hammer. Engong took on another, kicking, punching, and head-butting it, and using her awesome monk-reflexes to try to confuse it. This left Victor and I to attack the third one. Unfortunately, flameskulls have resistance or immunity to most of our attacks (fire, cold, poison, piercing), but between us Victor and I managed to deal with our enemy first, smashing the skull into fragments.

Just as we did, Barsh took a double fire ray to the chest and dropped to zero hit points. For the first time in the campaign he fell to the ground unconscious. We were all shocked. Victor ran over to stabilize him, and I took out the flameskull hovering above him, but Baräsh remained unconscious on the floor.

Engong meanwhile was having difficulty with her flameskull. It kept hitting her with fire rays and her new oily fur—the result of another dark pact—had started to smolder and smoke. Eventually she landed a couple of very strong Ki-empowered strikes which were enough to take out the final skull.

As the dust settled after the battle I went over to Baräsh to give him my last healing potion. He didn’t appreciate it. He was hoping to embrace death.

We then searched the room and Engong collected the fragments of skull into her pack. On the far side I found a singed skeleton with burnt robes and a charred wizard’s hat. Alongside the corpse was a staff which I picked up. Then our DM smiled that awful smile which means we fell for his trap. The staff was a powerful magical item, the Staff of Frost, but just by touching it I received the permanent character flaw: I crave power above all else; I will do anything to obtain more of it.

The room thoroughly searched, we decide to head out explore a bit more. We found a room that had a banquet table covered in delicious looking food and goblets of wine. We were just about to dig in when Baräsh, using his new Truesight ability to see through illusions, saw that the food was a trap and there were three spectral forms floating above, waiting to pounce. He dragged us all out of the room and no doubt saved us from the prospect of more permanent character flaws or madness.

In the next room we found our friend Ireena, she had hidden herself away and discovered a room full of scrolls and manuscripts. None of the scrolls appeared to have anything magical or useful on them, nor did they have the secret to defeating Strahd. But they did describe the origin of the Amber Temple, how it was created as a prison to house powerful, evil beings. I had no doubt these evil beings were the creatures that had been offering us pacts, but somehow my companions seemed less convinced.

We carried on exploring the adjacent rooms and found one which looked like a study. In the center of the room was a huge model of a castle. It was 12 feet tall, with high walls and four tall spires. This was castle Ravenloft, Strahd’s home, immaculately crafted out of a single piece of stone. We decided that this would be a safe place to rest, after all we badly needed to heal, and we could study the castle, dedicating it to memory for later while we did.

Engong took the first watch. She paced around the round, studying the model castle, and taking in every inch of its fine detail. It was amazing how somebody had perfectly crafted Strahd’s impressive stronghold, and she knew that time spent studying it now would pay dividends later. The others soon fell asleep; it had been a long time since any of them had been able to rest and they were all suffering from prolonged exposure to such a hazardous environment. Suddenly Engong’s bag began to shake and vibrate. A vivid green glow started to pour out from it, then smoke billowed forth. With a hideous screech a pristine skull wreathed in green flame erupted from her pack, followed by two more. “Oh no, here we go again,” she thought, still grinning madly. END

Afterthoughts
Last night’s session was really fun. There was a lot of roleplay, as well as some fun combat, but the focus was definitely more on our characters, and the ways in which their experience in the Amber Temple is changing them. While we may be collecting the necessary power to defeat Strahd, we also seem to be stockpiling new character flaws, dark desires, and weaknesses. Four out of our party of six now have some sort of flaw or curse. In fact it’s really interesting to think about our original character concepts and see how our time in Barovia has corrupted them.

What did we learn?
DM Tip: Take care when messing with your players’ characters. Some may not react well to having their carefully crafted avatar’s personalities irreversibly changed forever. Of course, if you give them enough warning, hints, or even a choice to make, and they still proceed with a less than optimal decision, you can rest easy that you gave them a fair chance. As DM you have the ultimate power in your campaign, but remember: players can be very unpredictable, especially when and if their characters have nothing to lose, or are dissatisfied with how something has turned out.

Player Tip: Taking on new flaws might not be exactly what you wanted for your hero, but they can also encourage you to take a character in directions you might not otherwise have considered. In this case two of our party have received major character flaws that have the potential to completely change them. But, as our DM says, how we interpret these flaws is entirely up to us. Baräsh, our pious paladin, has gained the flaw: I believe all life is pointless; I look forward to death when it finally comes. While my character, Kosef, now has the flaw: I crave power and will do anything to gain more of it. I think Baräsh will now embrace the idea of death and seek out powerful foes so he can die honorably. Whereas Kosef will crave power, but not necessarily “powers.” I think he may try to usurp Engong as the leader of our merry band, and perhaps even take over from Strahd.

Next week we hopefully will regroup with the rest of our party, just in time to fight three flameskulls all over again. This time we must remember not to put the fragments in a bags, and to sprinkle them with holy water.

Game Review: 'That Dragon, Cancer': A Profoundly Moving Tale About Parents and Their Terminal Son 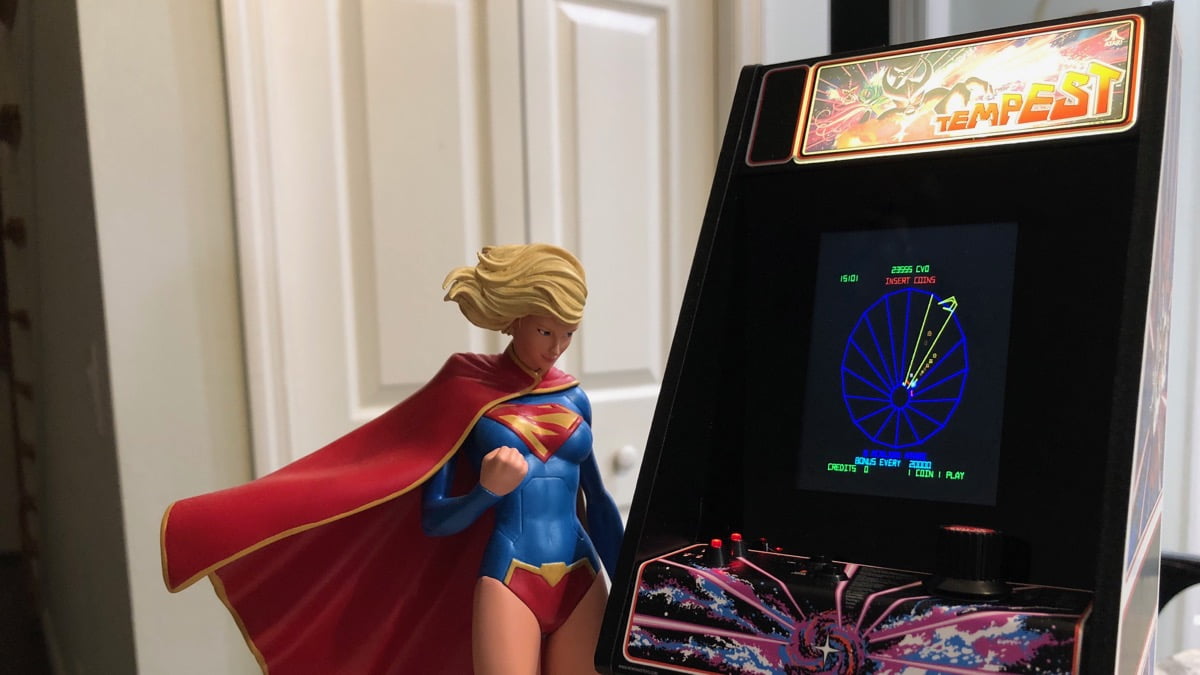 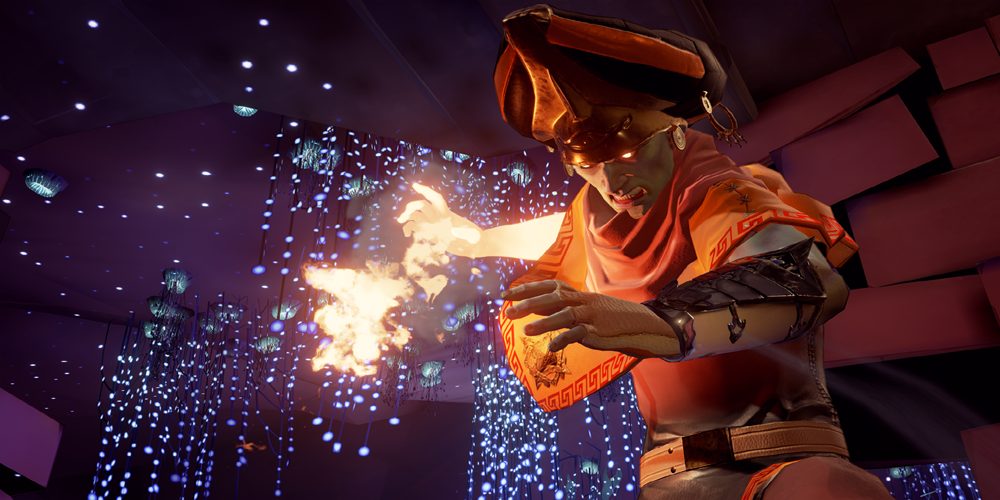