Session 47: Die Strahd With a Vengeance

The Associates, too busy with making dark pacts with mysterious entities, did not get to Victor in time to save him. The last wisps of life fluttered away, and by the time Kosef and Brundle reached the fallen wizard there was no pulse. He was clearly dead. Another soul in Strahd’s eternal march. Victor had travelled with Engong and Her Associates long enough to know the risks, and the party had taken some time to warm to the moody teenager, but seeing his lifeless body, cold and still on the ground, still shook them.

Last night was the 47th session in our online Dungeons & Dragons Curse of Strahd campaign and we had a lot to contend with. For a start our dragonborn paladin had to leave half way through – he had a burst pipe in the kitchen and no amount of paper towels and copies of the Slovak Spectator would hold back the flood; My seventeen-month-old also required lots of attention – Thor Ragnarak was perhaps too stimulating a film to let him watch with me just before bedtime; And our gnome druid is having similar problems with a five-year-old who has just discovered the concept of mortality – specifically that the sleeping animals he sees at the side of the road might not actually be asleep after all.

All of this is before we even get down to the fact that one of our party died last session, three of us accepted mysterious dark gifts from strange glowing entities, and we are all stuck in an ancient temple with no health, no spells, and nowhere to rest, and are no closer to defeating Strahd. As I said: lots to contend with.

Previously…
Last session we continued our exploration of the Amber Temple. We are searching for an artefact to help us defeat Strahd Von Zarovich, a vampire overlord who is preventing us from going home. In our quest we came across some mysterious amber sarcophagi, each of which contained a strange glowing mist that offered us shadowy bargains of power and mystery. So far three of our party have accepted these dark gifts, each one with its own flaw or drawback. Engong our leader can spy on our enemies and has extended life, but is covered in fur and wears a permanent manic grin; Baräsh our pious paladin now has Truesight (he can see invisible things), but now believes all life is pointless and looks forward to his inevitable death; and Victor, our wizard non-player-character (NPC) also can spy on others. At the end of last session Victor died, and so last night we had to make a decision about what to do with his body.

As the dust settled after the chaos of the last hour, Engong and Her Associates gathered around the fallen Victor. Brundle Swash tried in vain to cast a healing spell, while Gimble Timbers pressed against the wizard’s wounds with random materials taken from his medicine kit. None of this had any effect. Baräsh looked on, unimpressed. His usual pious countenance and lust for life seemed to have washed away completely. The dark pact had replaced his love of creation with a devious urge towards death and mortality. He watched Victor’s corpse, staring at it excitedly, as if he thought it would suddenly jerk into motion, rising up like so many undead before him.

So we started the session very much on the back foot. What could we do about Victor? Ideally we would have a cleric in the party who could resurrect him, but sadly none us had chosen that character path – something we have regularly regretted prior to this and would no doubt regret again later.

We didn’t want to leave his body here in the temple corridor, food for the rats and nothics that lived here, but we couldn’t see a way to easily move him. We were all too badly hurt to consider carrying him – it would put us at a massive disadvantage. Thankfully, before he died, Victor had cast Gentle Repose on himself. This is a spell that prevents the body from decaying once dead and stops it from turning into a zombie or one of Strahd’s minions. But this would only last a few hours, a day at most, and we needed to get him to a healer, cleric or holy person who could help.

We spent the next twenty minutes trying to come up with a clever plan. We weren’t able to. So we decided to explore some of the rooms around us, in the hope that something might occur to us in the meantime.

Behind Door Number Three
The corridor we were in had six doors leading out of it. One led into a large amber chamber with a giant statue in it, we had been in this chamber before, there was lots of fire and we only barely escaped with our lives. Two of the other rooms we had already explored. They led to the rooms with the sarcophagi in where the dark pacts were made. This left three doors for us to explore.

Gimble Timbers led the way. He opened the door and saw an empty dormitory with tables, chairs and clothes strewn across the room. In the corner of the room was a locked trunk. Gimble pried it open with a crowbar and found a dusty scroll case inside, but before he could investigate further, high-pitched laughter filled the room and a chair flew through the air and smashed into the gnome fighter.

ROLL INITIATIVE!
At this point only Gimble Timbers was in the room, and nobody else really wanted to enter to fight the poltergeist. The gnome spent three rounds trying to hit the invisible foe, with no success. He was rolling with disadvantage and really had no idea where the spectre was.

He also wasn’t having any luck dodging the chairs or loose furniture that were being flung in his direction. So, clutching the scroll case, he dashed straight out of the room, and slammed the door shut, just in time to hear the trunk shatter against it.

He slunk down against the door, cradling the spell scroll in his arms. When we examined the scroll, after checking the case for traps, we found it was a scroll of Revivify. Which we thought was very handy given our current predicament. But who could cast the spell?

Revivify!
This would be a one-time only chance to resurrect Victor. The spell scroll would disappear after use and required a skill check to read, so there was no way Kosef, a newbie wizard would be able to cast it. So it fell to Brundle Swash, our resident druid to try – Baräsh our other healer had just left to deal with the water pipes.

This was quite a tense moment. There was a lot riding on a single dice roll. Brundle needed to roll high, but was having no luck with the dice. Then he remembered he had received inspiration in an earlier session and so got to roll with advantage. First he rolled a two, and then a natural 20.

Meanwhile, our DM was annoyed. He hadn’t intended for us to so easily resurrect Victor, but he had a table of spells that could be found in scrolls around the temple and asked us to roll on it when Gimble found the case. It was a one-in-twelve chance, so of course we rolled the 11 required to find the Revivify spell.

Note: Rules as written state that a spell must be of a class you can normally cast in order to read, but seeing as our paladin was elsewhere, our gracious and loving DM allowed us an exception, even though he didn’t really want us to have the spell in the first place.

Where Now?
We spent some time after the resurrection, trying to decide where to go next. None of us had a lot of hit points left and we could all do with going somewhere safe to rest. Not that there was anywhere safe.

There were still two rooms we hadn’t explored in this corridor and plenty more in the rest of the temple. Baräsh and Engong wanted to go and collect as many dark powers at they could to help us defeat Strahd, but the rest of us weren’t so sure.

Victor was breathing heavily, clearly shaken by the ordeal he looked up at Brundle and smiled. Kosef pulled him to his feet, “Look after that gnome Victor, he saved your life.” Victor nodded. Engong and Her Associates had been through a lot, and their ordeal wasn’t over. They were tired, hurt, and no closer to finding the secret to defeating Strahd. What they needed was a rest.

Suddenly, as they contemplated their situation a loud crack came from behind one of the closed doors. It was the poltergeist room. Before they could react, the door shattered and a wooden writing desk flew out from within. High pitched squealing and laughter echoed around the corridor as the party scattered, diving in all directions. END

Afterthoughts
This was a much shorter session than most, due mainly to the interruptions mentioned earlier, but our DM still managed to pack in plenty of content. Somehow we survived the session and were able to resurrect Victor. Not only that, but we managed to make it through two whole hours of game play without any of us making devious pacts or accepting offers from dark powers, although we did only explore one room.

What Did We Learn?
DM Tip: It can be hard to keep a game going with multiple interruptions and distractions, but it’s important to focus on the players that are present. At one time last night only two out of the five players were there, but our DM was still able to keep the game flowing by letting certain players take the lead and not worrying too much about recapping what we had missed. After all, it all comes out in the wash, and it can add to the roleplaying opportunities to have players describe to each other what they have been doing.

Player Tip: Always check for inspiration. I may be repeating myself, but inspiration is such an essential mechanic in D&D fifth edition, one which is often overlooked. When Brundle rolled the two on the skill check to Revivify Victor he hadn’t realized he had inspiration, and it wasn’t until seconds later, after furiously searching his character sheet for something that could help, that he saw it and remembered it.

Next week we will continue to traipse through the Amber Temple looking for Strahd’s Achilles heel. We’ll begin by running away from the poltergeist. I really hope we can find somewhere safe to rest, I can’t imagine we’re likely to find any more Revivify spells just lying around. 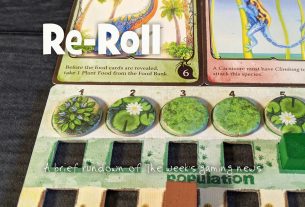 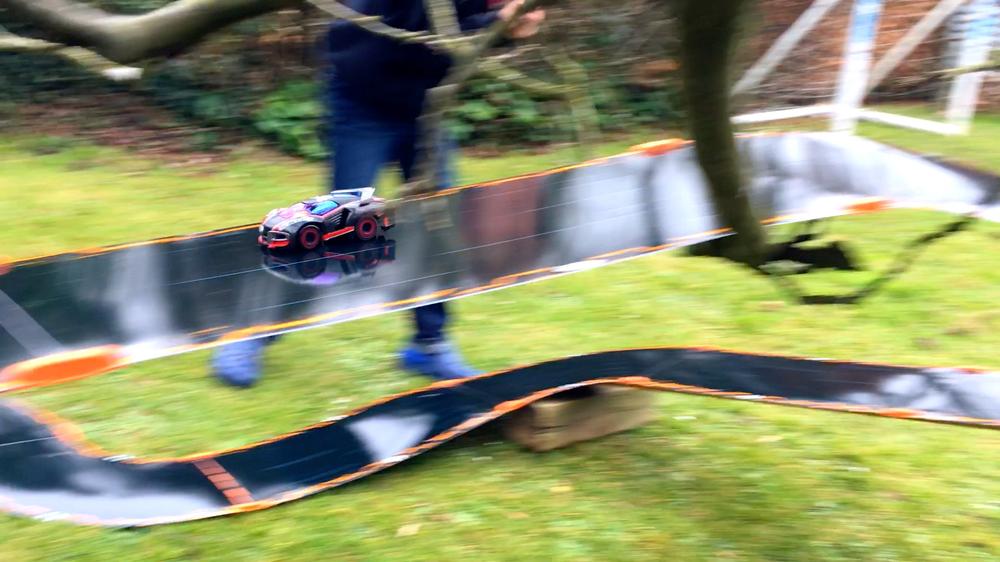 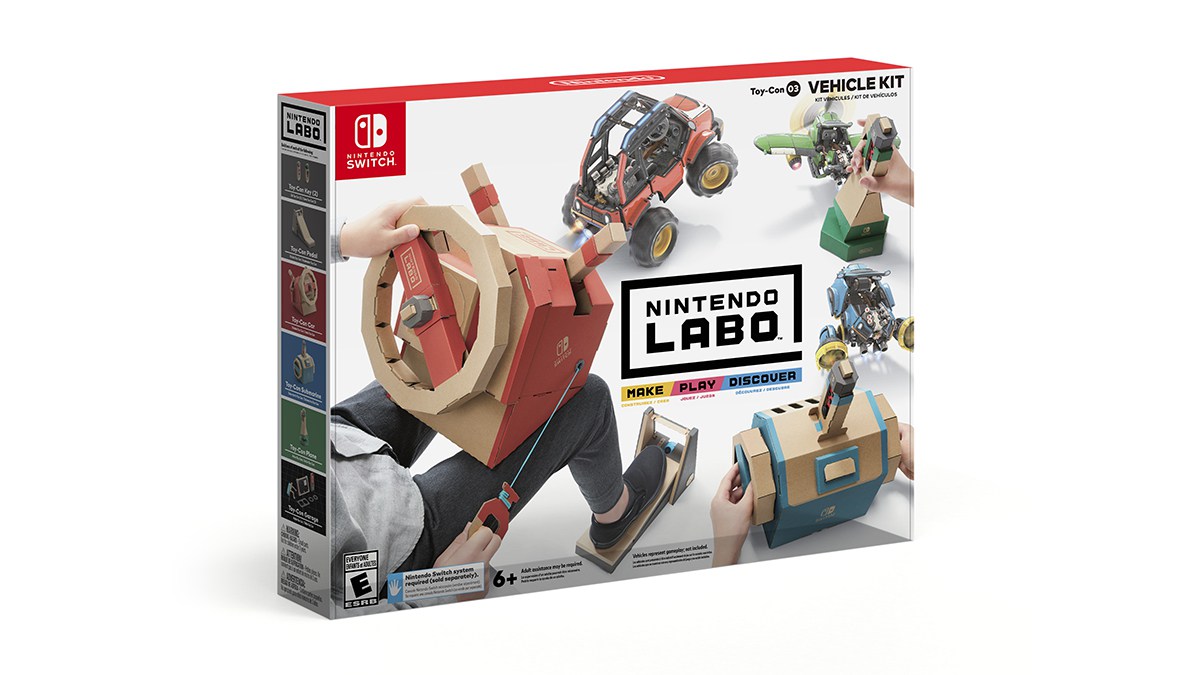