Riktavio’s impressive tower loomed up ahead, getting ever closer. The party knew if they could reach it they would be protected from Strahd, temporarily at least. Gimble Timbers helped Engong up on to the carriage; they couldn’t see Strahd behind them. Had he given up the chase? Moments later their horse-drawn carriage arrived at the foot of the tower. Esmerelda knew the incantation to allow access and they all hurried inside. They were safe. For now.

Last night was the 41st session in our ongoing online Curse of Strahd D&D game. We started a bit later than normal due to adulting, and unfortunately two members of our party of five were absent, so we had to make do with a weakened group. With this in mind we were sure our DM would go easy on us and not put us into any situations that we were underpowered for. But then we remembered the previous 40 sessions and awoke from our delusion.

Trapped in Barovia, over the past 40 sessions our party has managed to depose two successive town leaders from the same town, witness a massacre in a church, have our fortunes read by Madam Eva, be cursed by Vistani Bandits, survive numerous encounters with a dreaded vampire lord, fight a giant-awakened-tree-monster, defend a winery from evil druids, and rescue Ireena Kolyana from Strahd Von Zarovich. Along the way we have made lots of enemies and fewer allies. Three of whom travel with us now. In the last session we arrived at a safe house and began to plan our next move. We had a few options, but knew we must do all we could to keep Ireena safe.

Esmerelda addressed the party. “I cannot stay with you. I must find Riktavio. We cannot hope to defeat Strahd without him. If he is lost then so is all hope.” And with that she turned and left the building, climbed into her highly decorated caravan and prepared to set off.

It wasn’t long before Engong and her Associates also left the tower. Their carriage was far less ostentatious than Esmerelda’s, but it was comfortable nonetheless. Baräsh took his place as the driver and navigator. Kosef and Brundle sat on top of the cabin keeping watch, leaving Gimble, Engong, Ireena, and Victor inside. They were headed south, aiming for the Amber Temple. They had agreed to meet Ireena at dawn on the fifth day, and so needed to hurry.

On the Road Again

This was how the session started. As Gimble and Engong were both absent, their characters stayed inside the cabin the whole session, watching over Ireena. Our DM said that they were resting, still recovering from the previous day’s many battles. Some characters just heal faster than others I suppose.

The three of us who were present decided to head for the Amber Temple. This was a place we had been warned could be dangerous, but also one which held a powerful object that could help defeat Strahd. This was a time when having fewer players proved advantageous as we knew that both Engong and Gimble Timbers might have chosen to head elsewhere.

The first half of the journey was fairly uneventful; we traveled along the road towards the Tsolenka Pass. As we had all leveled up before the game, we discussed our new abilities, and I revealed that Kosef had multi-classed. I had taken a level of Wizard and my new magic powers would come into play very soon.

After traveling for half a day or so, we spotted a stationary caravan and a tree that had fallen across the road. Instantly we knew something fishy was going on—we had seen a familiar trap before. As Baräsh jumped down to investigate, we heard a voice from behind our wagon call out. “Stop right there and prepare to be robbed. We are bandits.”

There were four bandits drawing short swords and crossbows by the fallen log, and one behind our wagon. We recognized the voice of the one behind us as Mike, a Vistani Bandit who had cursed my character in a previous session. I had sworn revenge.

Baräsh tried to intimidate them into letting us pass, but failed. He then charged forward but fell into a ditch they had dug into the path. Mike began laughing and I let loose a crossbow bolt. I rolled a natural 20 and scored a critical hit. Vengeance is sweet. In total, I did 26 damage from the one bolt—I had used my assassinate ability as well as sneak attack—but this wasn’t enough to take him out. As his fellow bandits moved in closer, we prepared for a battle.

This wasn’t an ideal way to start a fight. We were outnumbered, and one of our party had fallen down a ditch. Thankfully we all rolled higher than the bandits and took our turns first.

From the top of the cabin, Brundle cast Produce Flames and send a mote of fire at the bandits by the tree. I jumped down and ran toward Baräsh to help him out of the pit. On the way there I got a chance to use my first spell and cast Firebolt at Mike dealing a massive four points of damage. Then Baräsh charged towards Mike and tried to grapple him.

On their turns, the bandits fired their crossbows at us, and Mike tried to curse Brundle. The gnome druid failed his wisdom saving throw and was blinded. That wasn’t part of the plan.

Over the next two rounds of combat we dealt a fair bit of damage to the bandits and Baräsh continued to grapple Mike. Eventually, after a Reservoir Dogs moment where Baräsh tried to intimidate Mike into reversing the curse, Mike fell and the remaining bandits surrendered allowing us to pass.

After the battle we traveled along the road and the weather turned desperate. Thankfully, we had demanded the bandits give us their warm coats and provisions so we could survive the cold. The landscape became barren and desolate as we moved further south. The road was carved out of a sheer cliff face with a 200 foot drop on one side and rising walls of rocks on the other.

We rounded a corner and our DM described a gated guard tower with a portcullis that blocked the road and emitted a strange green glow. The guard tower emerged from the cliff at the side of the road and went all the way across, meeting the sheer drop on the other side. As our carriage rolled closer we saw that the glow came from a fantastic wall of green flame rising up directly behind the portcullis gate. Our path was blocked. Clearly the only way for us to proceed was to navigate through, or over, the green flames.

None of our arcana, perception, or investigation checks were good enough to reveal anything about the flames. So we called on Victor to see if he could discern anything. He couldn’t, and so he retreated back to the cabin to dwell on his books, leaving us scratching our heads.

Kosef, being the most agile in the party, decided to try to scale the wall. He nimbly climbed up, using the section where the wall met the cliff to leverage some height. Within a few minutes he was on the upper ramparts. He looked down and could see Brundle watching anxiously. Baräsh, meanwhile, had approached the portcullis and to his surprise the metal gate lifted. The wall of green flame remained.

On the wall Kosef decided to push his luck a little further and jumped down to the other side, he landed with a thud and a self-satisfied grin. He turned to Baräsh, “Ta-da! Easy!” Baräsh did not move. Through the wall of green fire his eyes were fixed to a point just above Kosef’s right ear. There was panic on his face. Kosef turned round slowly and came face-to-face with two gigantic, winged, vulture-like creatures. He gulped. END

Another cliff hanger ending! But what a great session. It was interesting to have so few of us playing, and there were both advantages and disadvantages to having a smaller group. The main advantage being faster combat and decision-making. The main disadvantage: fewer targets for our enemies to hit.

What Did We Learn?

DM Tip: It’s okay to have NPCs be easily outsmarted by your players. In this session, the bandits proved to be effortlessly overcome by the heroes, in spite of initially poor intimidation checks from both Baräsh and Kosef. Once the lead bandit, Mike, was taken care of, the others gave in and let us pass. This gave us a boost, and an easy combat encounter allowed our slightly diminished party to try out our newly leveled-up abilities, as well as getting some much-needed revenge.

Player Tip: Leveling up doesn’t always have to be a straightforward linear progression. I decided to multi-class my character, splitting Kosef into a Rogue/Wizard. This made sense to me as there was a good roleplaying reason—he learned magics from Victor; it also made sense in the party to have another spellcaster, and I wanted to play a character that had spells again. However, there are always drawbacks to multi-classing. In this instance, this was not getting my rogue’s level 7 Evasion ability. But I decided that going down the multi-classing route was the right move for Kosef; I can still get Evasion if I level up in rogue at a later time.

Hopefully we can all make it next session. I think the party needs to be at full strength in order to get past the two Vrock demons. Maybe our DM will feel sorry for us and have the Vrocks leave us alone; either that or they’ll pick me up and drop me off the side of the 200 foot cliff. It already looks to be a good thing that I picked Featherfall as one of my first wizard spells.

So, IS Daniel Craig in ‘Star Wars: The Force Awakens?’ Tell Us What You Think! 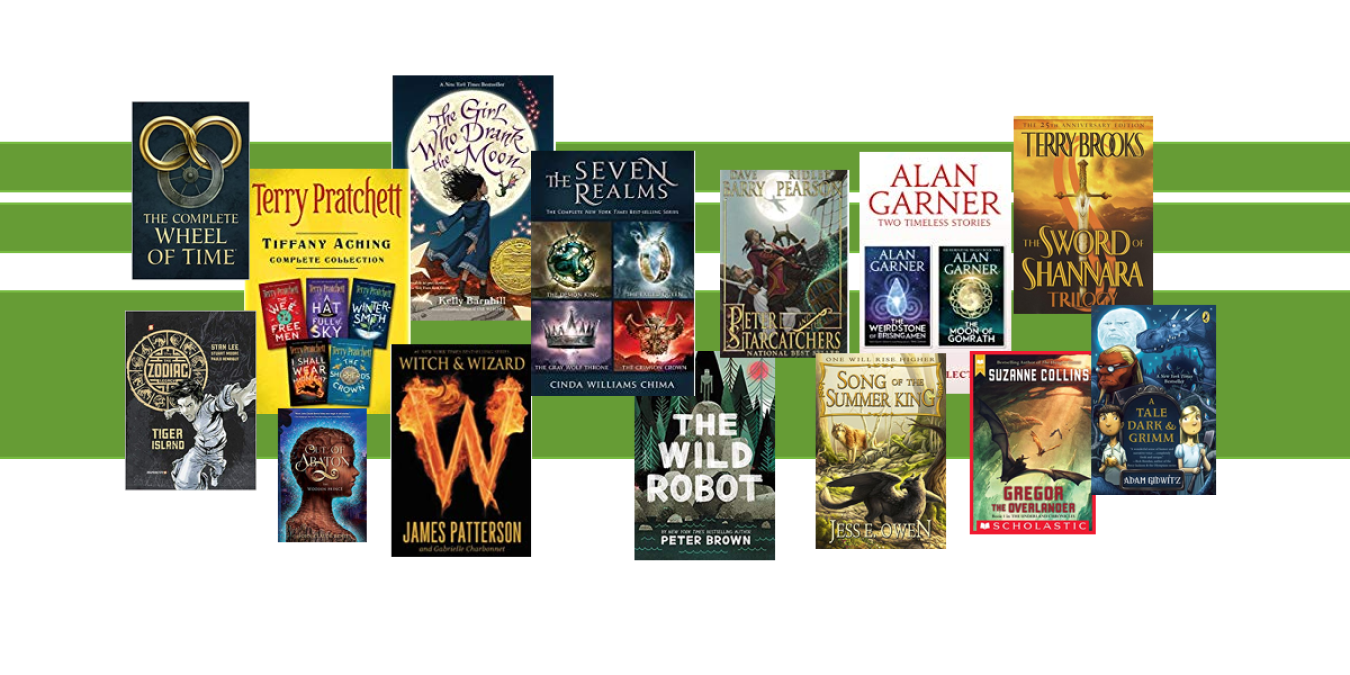 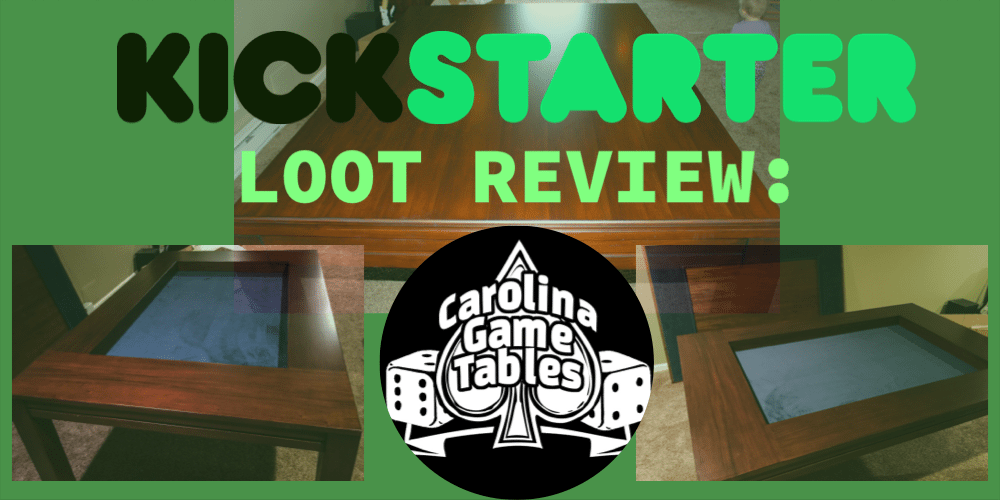