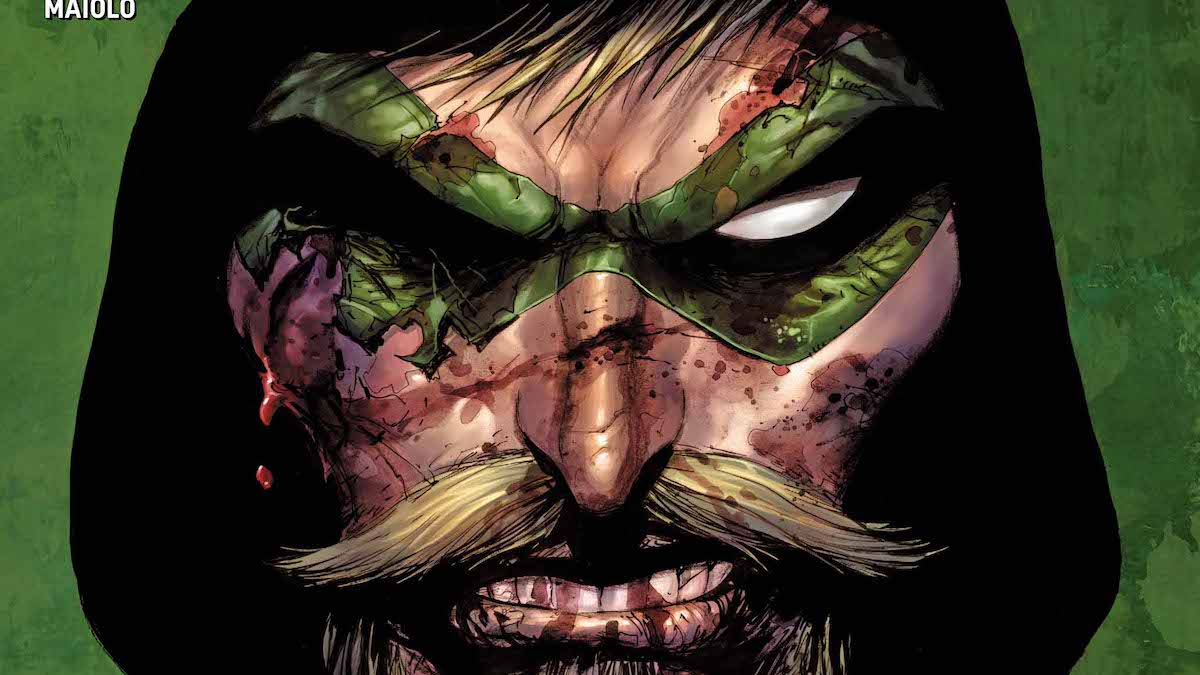 Ray: Green Arrow #40, the second part of Lanzing and Kelly’s stand-alone Green Arrow story is much stronger than the first, delivering a more nuanced take on child soldiers and the unintended consequences of interference in foreign countries. In the last issue, Green Arrow returned to the country of Rhapastan, where Deathstroke had destabilized the government years ago. He found a war-torn unstable nation that was currently ruled over by a ruthless child warlord known as Nothing. He attempted to take on the warlord but wound up being brutally shot and left for dead. This issue, he wakes up in an underground cavern and finds that he’s been healed by what seems to be a natural spring variant of the Lazarus Pits. From there, he meets a group called the Vakhari Resistance League, a quartet of teenage freedom fighters who have patterned themselves after the Justice League and are fighting to liberate their friends, family, and country from Nothing.

Green Arrow, while he has a troubled relationship with some of his past sidekicks, has always been a natural fit for working with younger heroes, and the segment where he whips the youth resistance into shape is a lot of fun. More importantly, Lanzing and Kelly give each of the four young heroes their own personality. However, they also don’t shy away from the brutal nature of the conflict these kids have found themselves in, and the final showdown with Nothing is a strong action segment with a lot of complex parts. The best scene of the issue comes when the young Superman-type leader finds himself faced with his nemesis and has to decide between justice and vengeance. The move Green Arrow pulls to ensure this fledgling superhero team stays on the side of good is one of the best scenes in this arc. As a fill-in, it’s not one of the stand-out arcs in the series, but it does deliver a satisfying conclusion, even if it continues to be odd just how many-years-old stories are suddenly being revisited.

Corrina: It’s like DC is rummaging through the file drawers for stories that were slotted for years ago and are needed now. Last issue, I would have complained (okay, I did complain!)

The conclusion to the story, however, saves it. Not because we see Ollie act as a mentor but because the story also has him learning from the kids. As they point out, they’ve experienced things that have made them mature beyond their years. But, still, there’s a chance they may crave vengeance, not justice, and so Ollie takes it upon himself to protect them from being corrupted. It’s preachy, yes, but at least the kids make their own decisions about their own country in the end.

And the art is top notch, something not common in fill-ins.