First off, let’s meet the contestants from episode three–Garrick of Knowone’s Designs, Lisa of Lisa Lou Who Cosplay, Marty aka Punko, and Jesse. The theme of the episode was “Angels and Demons.” Each contestant had to chose a feather which was either black or white for demon or angel. Garrick and Lisa both got demon, and Marty and Jesse both got angel. The first challenge was to make wings for their character! Lisa decided to go with a four-winged horseman of the apocalypse design. The other three contestants all went with a fallen angel concept BUT they all approached it very differently. Garrick came up with a cool metal-bladed wing design, Jesse came up with the idea of human-made stone wings, and Marty went for a giant set of wings literally made from the “word of God” although she used a book that wasn’t the actual Bible.

At the judging, Jesse was eliminated. Although I thought her EPS foam was well painted and looked like stone, the judges noticed some spots that were unpainted. I think Jesse’s wings would’ve been more well received if they had movement like the other three contestants. Lisa won the challenge with her four feathered wings.

The remaining three contestants then had to chose a piece of gadgetry to make their wings move. Lisa got to choose first and selected what was obviously the easiest choice–springs! Marty then took the pneumatic actuator leaving Garrick with a linear actuator. Because neither Marty nor Garrick (nor I) knew anything about their devices, they lost a good chunk of build time just figuring out how to get them working. I loved that Marty figured hers out and then quickly helped out Garrick. That is EXACTLY the kind of thing the cosplay community is about and I was hoping to see more of on the show.

I’ll apologize now for repeating this again, but its 100% true. I want more! Not only do I want more details on the builds, but there is so much work that obviously happens between where the build ends and the cosplayers take the stage that I want to see. This might be the last time I say it, but probably not.

Marty really took the judges advice to heart and completely redid the feathers on her wings while keeping her theme. And somehow with the time lost on figuring out the actuator AND completely rebuilding her wings, she was still able to put together an amazing breastplate. It really looked like metal, but the one thing it suffered from a bit was depth. It was pretty monotone and with a bit of weathering, it wold have been perfect. I’m sure this was just a victim of time lost on the other things.

Garrick continued his metallic theme wing theme into the really cool helmet he made, and also carried the spandex covered armor look throughout. He decided to also build a sword. I think it could have really made the look, but with his lost time, the sword took time away from polishing the rest of his look. I think the rest was cool enough and didn’t need a sword, and if those cool metal wings popped out a little faster, it would have been really cool.

Lastly, Lisa came out with her wings flapping, bugs in her hair, bird feet, and fangs. All three cosplayers had great builds, but Lisa really came out and totally embodied her character. She was frightening and magnificent. The judges seemed to agree and gave her the win. This also marks the third time in a row that the person who won the challenge also won the final competition. Time will tell if this was just coincidence or if maybe the challenge winners are getting an unfair advantage.

Keep reading for more contestant interviews (Alicia was on episode one, but I want to share interviews as I get them).

Episode four airs tonight on SyFy (you can also get episodes on Amazon if you don’t have cable). 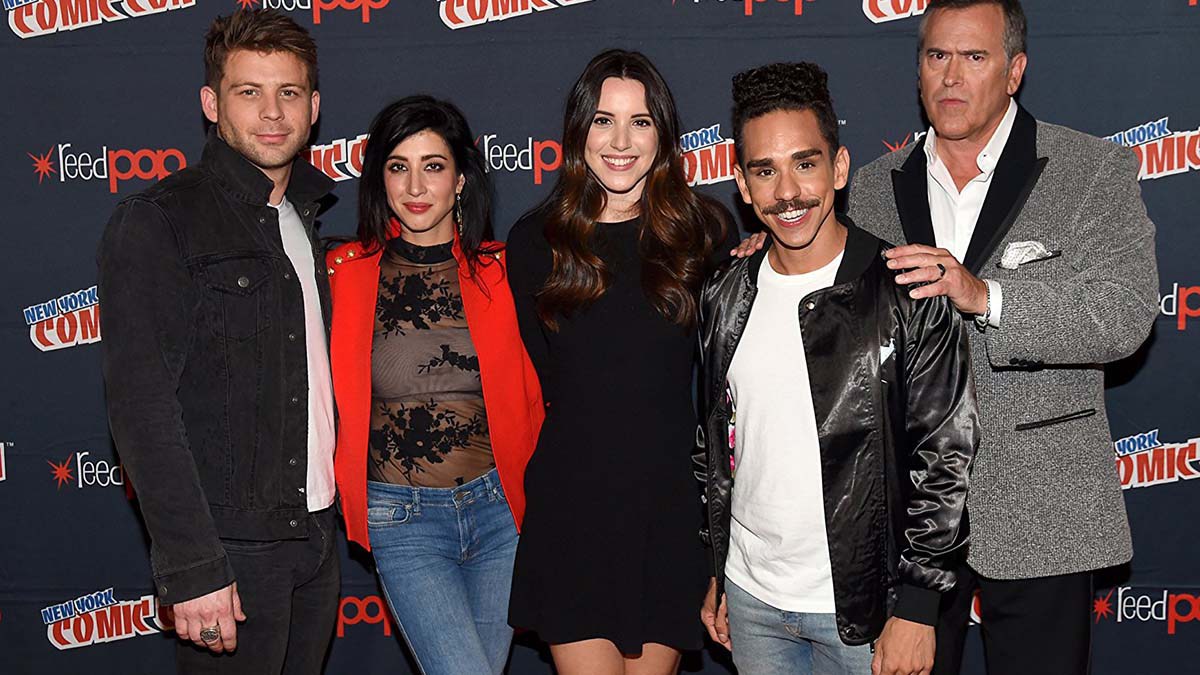