For the last five days, I’ve had ten kids taking my Beginning Game Programming camp here in Atlanta. This is the second summer I’ve taught the camp, and this year I decided to change things up a bit after I got a look at some of the new DK books related to programming. I’ve reviewed a couple of these books for GeekDad (reviews here and here), and for the camp’s age group (3rd to 5th graders) the books felt like a good fit. I got lucky a few weeks back when I discovered that Costco would be selling a 3-pack of DK programming books for $10.99. The three workbooks are normally $5.99 each which I felt was still a reasonable price for the camp, and for the $10.99 price I would be able to send each of the campers home with their copies of the books. The three books were Computer Coding, Coding in Scratch: Games Workbook and Coding With Scratch Workbook. The Computer Coding book focuses on Python, and I’ll be sending the campers home with that book to explore on their own, but the other two books have a combined total of 16 projects to complete — 12 in Scratch Workbook, 4 longer projects in Games Workbook. 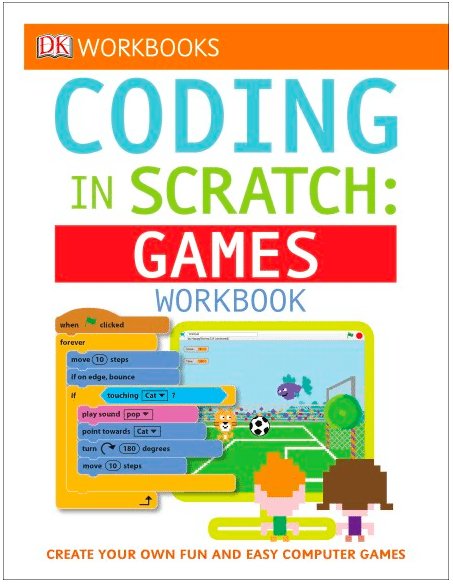 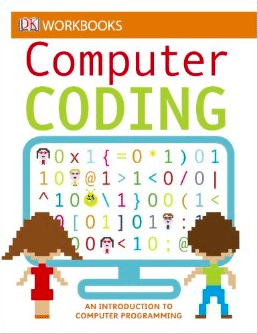 I got in touch with DK and informed them about my camp and asked if they had any additional resources they might be able to offer for my camp, and they did not disappoint. Arriving in the mail were a few copies of two additional Scratch books that haven’t been released yet! The first is another of DK’s workbooks (available July 2016) titled Coding in Scratch: Projects Workbook. This 40-page workbook contains another great collection of step-by-step instructions (in full color) for completing half a dozen projects. The other book (also available July 2016) is Coding Projects in Scratch, and this 225-page full color book provides detailed numbered steps for 18 amazing projects.

With the four Scratch books together, there are a total of 34 projects to work through — keep this number in mind as I explain the next part of how the camp worked — gamification!

If you’re not familiar with the concept of gamification, it’s basically turning a set of tasks or a topic into a game. Like videogames, sometimes gamification involves leveling up or receiving achievement badges or some other metric that allows for (hopefully) friendly competition. Just google it… there’s a huge amount of information on the topic of gamification.

When it comes to learning Scratch (and programming in general), I wanted to give the campers something to work towards — an incentive to dive into Scratch and learn as much as possible in the five 4-hour sessions. I decided to go with defining a set of levels versus awarding points… and creating badges for 34 possible projects was just not possible with my artistic skills and the classroom budget. After examining the workbooks in more detail and actually working through ALL the projects myself, I broke down the hands-on exercises as follows:

To help the students track their progress, I created two Tracking Sheets. The first sheet contained the titles of the twelve exercises in Coding with Scratch Workbook, with checkboxes for each exercise and lines indicating where Level 1 and Level 2 is reached. The second sheet had checkboxes for the four games in the Coding in Scratch: Games Workbook and then lines to write in the names of the additional games the campers completed.

These sheets were taped to a board in the computer lab where each student could easily see what they’d completed and what was left. I stressed that the camp wasn’t a race, and that everyone could take the sheets home at the end of the camp and work at their own speed. Because we were using the online version of Scratch, I showed the campers how they could use the Share button to let me see their work after the camp ends. Interestingly, quite a few of my campers went home each afternoon and continued to work, showing me a finished project the next day and getting a check or two on the Tracking Sheets.

The Tracking Sheets were useful and the campers liked seeing the checkmarks appear as they completed tasks, but the real hit of the camp was the “Security Badge” I provided to each camper on Monday morning. As each camper reached a new level, I would punch a hole on the badge… the lowest number still visible represented the camper’s current level. We had visitors to the camp all week, and the campers were always showing their badge to parents and some of the school staff who looked in on the camp. Getting those holes punched was extremely gratifying for both student and instructor! I made a point of announcing to the entire camp every time someone leveled up. 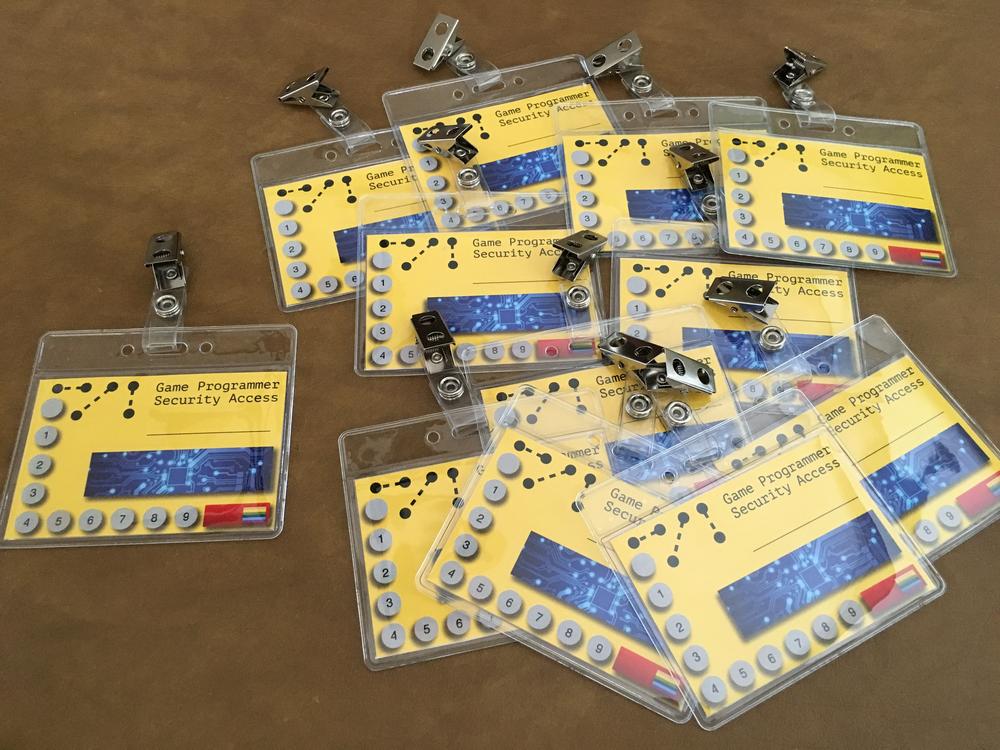 Out of ten campers, I had six boys and four girls. They all worked hard, but can I tell you that the two students who hit Level 10 first (on Thursday) were two fourth grade girls! There’s a fourth grade boy who is just two levels behind and most of the rest of the class is floating around Level 5 and 6. Most of them won’t hit Level 10 by noon on Friday (camp goes 8am to 12pm) but they want those badges punched, so I have a strong feeling that a few of them will be heading home, WITH their workbooks, and straight to a computer.

Without a doubt, these little DK workbooks (and the thicker Coding Projects in Scratch) have been an amazing resource for teaching this camp, and I can highly recommend them if you’re thinking of teaching a similar class or maybe have a child out of school for the summer who could use something challenging and fun. And if the 3-pack bundle isn’t available at your local Costco, you can easily save some money by pairing up campers to share a workbook. But at $5.99 each, the books are not going to break the bank, especially since the  Scratch software is free.

I’ve had a blast teaching the camp this week — watching these young campers discover programming and seeing those A-HA moments on their faces when they figured out a bug or a new way to tackle a task is priceless. I’ve got some new ideas about running the camp next summer and improving the gamification, but I’m always looking for more. So, if you’re running a camp this summer and have any ideas to share, please post them in the comment section.

Note: I’d like to give a huge THANK YOU to DK Books (and especially Jennifer B.) for the books, stickers, posters, and other items they provided for my campers! And more photos of the camp below. 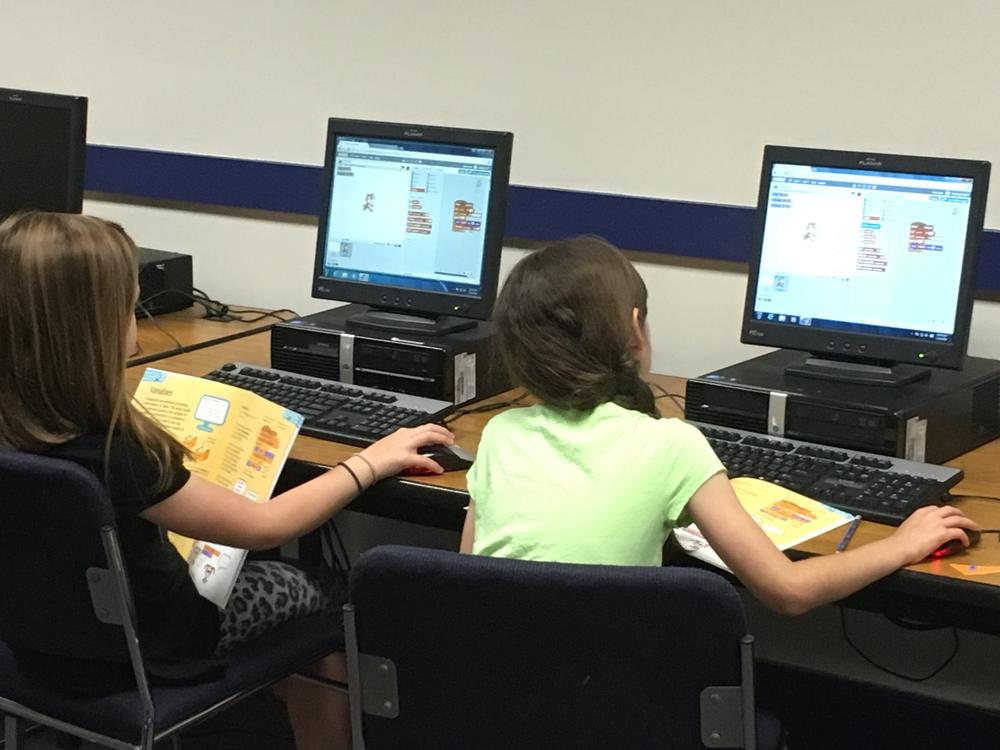 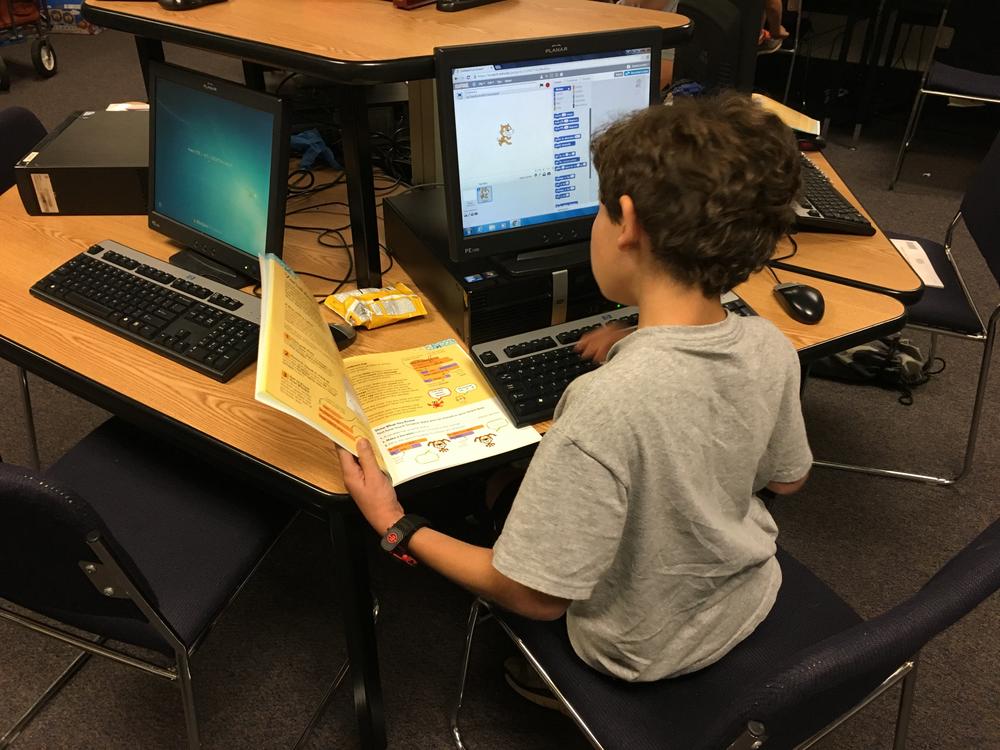 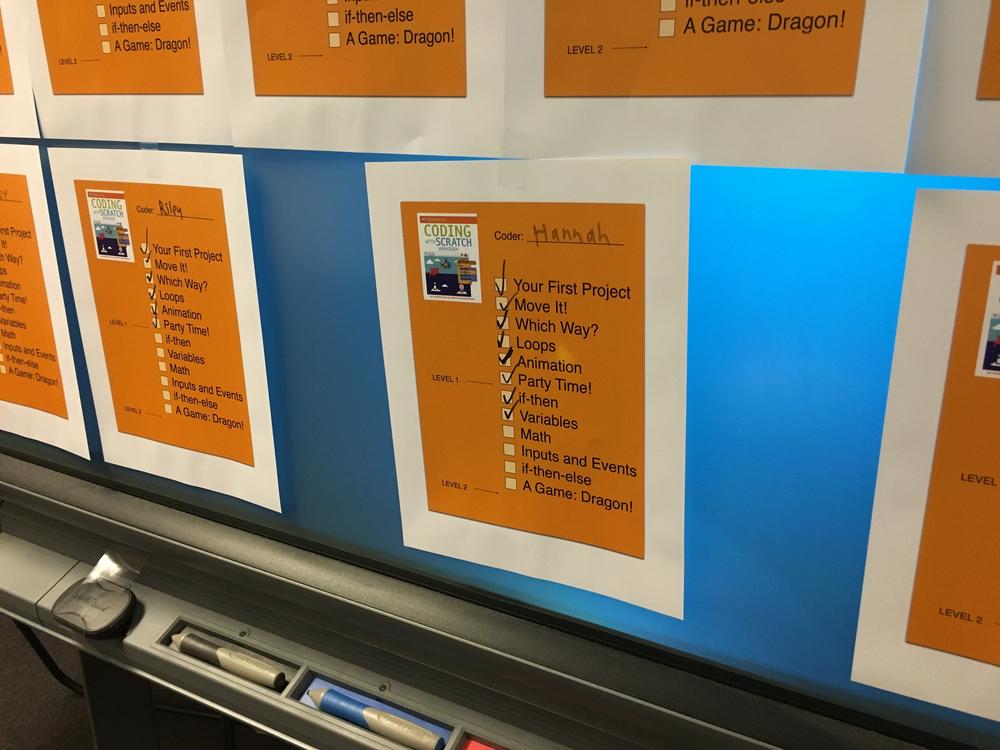 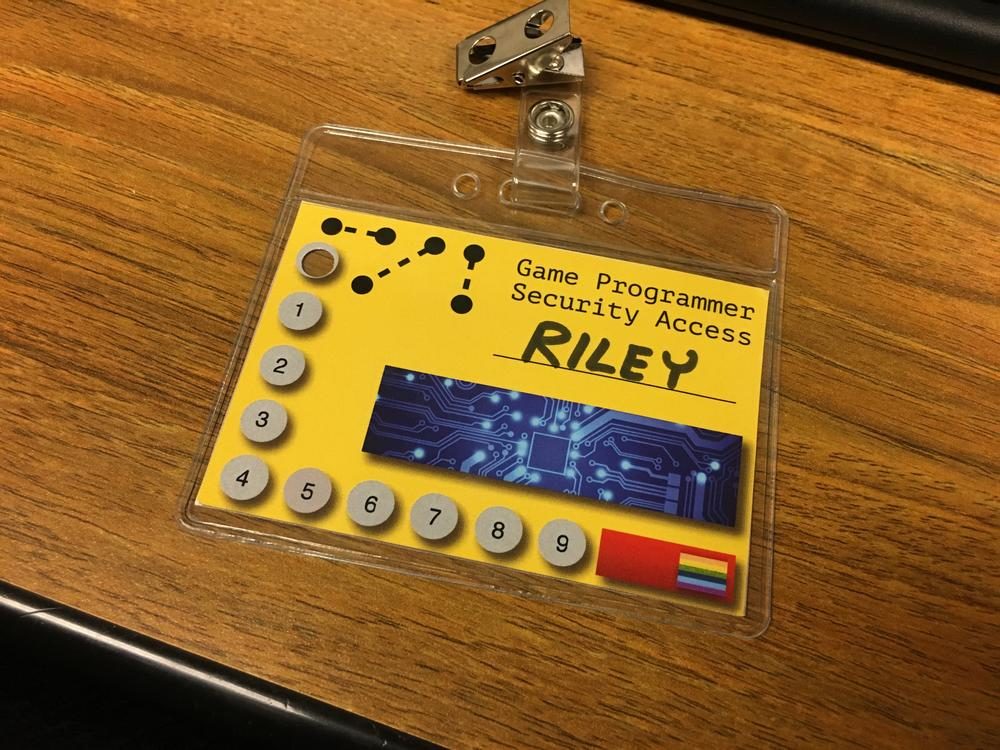 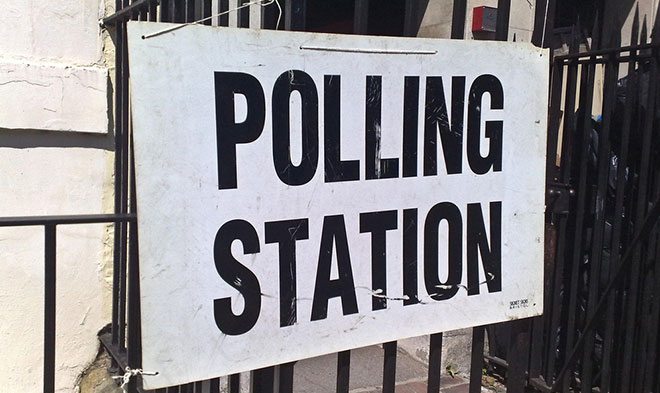