Welcome to another installment of our “bonus episodes.” This week, we’re joined by a few of our little ragamuffins for some well-orchestrated chaos. Justin does his best to corral his two kids, Isaac and Hannah, and Jamie brings on Zoey to chat about their favorite Dreamworks Animation shows on Netflix.

The kids talk about their favorite bits in Dinotrux and Dragons: Race to the Edge and why they like watching shows on Netflix in general (the new normal for their generation).

Finally, we chat (without the kids) with Brendan Hay, executive producer of Dreamworks Animation’s new Dawn of the Croods show, the first season of which drops December 24 on Netflix. Hay was also head writer for the ill-fated Star Wars Detours animated series, so of course we talk a bit about that show as well. 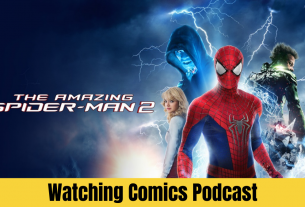