2015 has been a milestone year for us here at GeekDad. Not only did we settle an important legal matter and are free to do things on our own terms, but we added a slew of new contributors (like yours truly) who continue to bring the same quality content you’ve grown accustomed to over the years. As parents and geeks, we write about a wide variety of topics we hope you enjoy as much as we do. Some topics, however, are more popular than others. Here’s a list of several of our most popular articles from 2015! If you like what you see, consider chipping into our Patreon campaign if you can and be sure to stick with us for all kinds of geeky things in 2016! 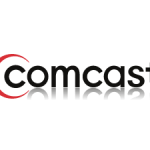 How To Cancel Comcast Without The Pain
Apparently there are a lot of unhappy Comcast customers out there since we had such an interest in an article about how to finally get rid of their service. GeekDad Ken Denmead unlocked the secret key to a peaceful end, but you may not be happy with what he had to do. 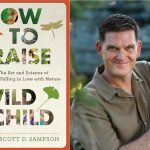 How To Raise A Wild Child
Ok, so technically this is a book review and we don’t exactly unlock the secrets of raising a wild child right there in the article. However, reviewer Jamie Greene not only shares his thoughts on the book, but also a few indispensable nuggets from the author of the popular book, Dr. Scott Samson. 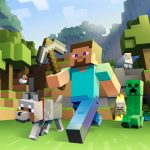 30 Cool Things Kids Can Learn Online for Free
Back in summer, lots of kids (and parents) were going online for ideas to keep busy. Thankfully Common Sense Media stepped in and rounded up 30 unique things you and your kids can learn to do online (for free!) by watching a videos, following instructions, reading about a subject. 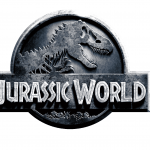 11 Things Parents Should Know About Jurassic World
One of the biggest blockbusters of all time had the internet aflutter trying to see if the movie sequel held a candle to the original. Not only that, but knowing whether or not the movie’s rating is age appropriate is always helpful to avoid future therapy bills for your children. Reviewer Rob Huddleston gives away plenty of helpful information without any spoilers. 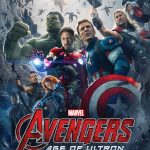 Why I didn’t Like Age of Ultron
Sure, Avengers: Age of Ultron made millions upon millions of dollars, is certified “fresh” by rottentomatoes.com, and is beloved by comic book fans around the globe. However, that doesn’t mean our reviewer Robin Brooks couldn’t find a few things to critique. As you can imagine, some of our readers had a few things to say in the comments. 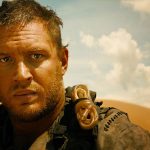 6 Things Parents Should Know About Mad Max: Fury Road
Despite having not seen the first Mad Max movies, reviewer Rob Huddleston was still able to follow along with the story and report back important information for parents who wanted to take their kids to see, what some consider, the best movie of the year. Spoiler alert: there’s plenty of violence. 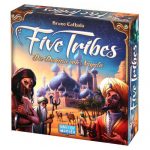 Best Board Games of 2014
GeekDad has long been a top source of quality game reviews, so it’s no doubt that our cumulative list of the best board games of the previous year would be a valuable guide for discerning consumers. Senior editor Jonathan Liu and several other contributors give accolades to a number of fun titles such as Concept, Five Tribes, Smash Up, and more! Find a new favorite and be sure to be on the lookout for our 2015 edition soon! 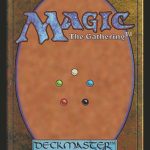 Magic: Origins Card Preview: Blazing Hellhound
Reddit went crazy with our sneak peek into the world of Magic: Origins. Core Contributor Rory Bristol shared the Black and Red Wizards of the Coast card which he said “looks like a great new counter to control decks, and brings a decent burn to the field, with no victims limited.” 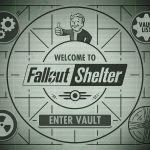 Commuter Gamer: Get Your Fallout Fix With Fallout Shelter on iOS
Folks were fascinated with the popular game Fallout this year, and what better way to fulfill that demand than with the mobile edition of the game. Writer Will James dives deep into what makes the game work so well and thinks if you are at all a fan of the Fallout series, you should already be playing this (and most likely are already). 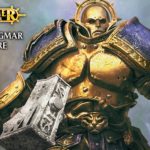 Foolish New World? Games Workshop’s Age of Sigmar
Warhammer: Age of Sigmar arrived and it caused a bit of stir. Were these changes for the better? GeekDad Robin Brooks isn’t so sure, but he thinks Games Workshop clearly felt it needed to do something radical to make Warhammer continually viable. Many enthusiastic gamers took to the comments section to let their voice be heard. 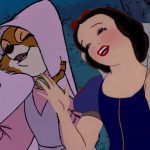 The Real Truth About Disney’s “Recycled Animations”
I bet you heard plenty of rumors about Disney recycling animations to use in different movies. It turns out most of the publications reporting this as fact didn’t do much actual “reporting.” GeekDad Jim MacQuarrie went straight to the source, however, and had Disney legend Floyd Norman (and later, several other former Disney animators) set the record straight. 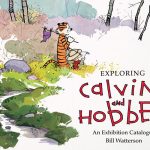 Bill Watterson Speaks Out in New Calvin and Hobbes Book
Earlier this year, when a rumor about a new Calvin and Hobbes book hit the web, the intense crush of clicks and reloads caused the site belonging to Watterson’s publisher to crash and be unresponsive for hours. When GeekDad Dave Banks revealed some further insight into the ever-reclusive Watterson’s contributions to the book, our readers quickly increased our pageviews. 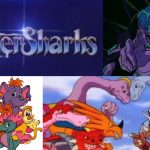 10 ’80s Cartoons That Deserved More Than One Season
Ah, the nostalgia ran deep with this one as I took readers on a ride down memory lane with obscure cartoons from the ’80s. For every Transformers that debuted on network television, there was a Bravestarr or some other supremely inferior animated series. These, however, were actually worthy of a better fate than one measly season.

Movers and Shakers (Our most popular articles of the year) 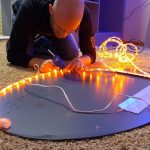 This Was A Triumph! The Ultimate Portal Bedroom
Let’s face it. GeekDad Randy Slavey wins “Dad of the Year” with his amazing construction of a Portal-themed bedroom for his son. Randy’s son has been a longtime fan of the game, so when it came time to remodel his room for his thirteenth birthday, and he asked for a Portal room, Randy and his wife wanted to make sure it was something worthy of one of Aperture Laboratories’ finest young test subjects. Prepare to be amazed. 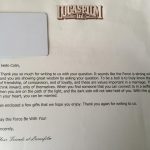 Lucasfilm Responds to 7-Year Old’s Request to Let Jedi Marry
Star Wars fan and aspiring Jedi Knight Colin really wants to get married and have little Padawans of his own one day, so he was greatly troubled at the Jedi notion that personal attachments can lead to the dark side. What is a young Jedi to do when two of his greatest desires conflict? Simple: ask the man in charge to change the rules. Core Contributor Randy Slavey shared Lucasfilm’s amazing response. 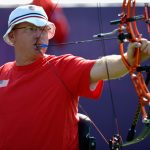 Danish Archer Demonstrates Gullibility of Audience
If it’s on the internet it has to be true, right? Archery expert and Geekdad Core Contributor Jim MacQuarrie doesn’t mince words when it comes to pointing out egregious inaccuracies in an insanely popular video of an archer supposedly “demolishing every Hollywood myth” on the subject. The resulting article proved to be our most popular post of the year.