This weekend’s big release in movie theaters is Jurassic World. While a lot of geek parents may have fond memories of seeing the original film as kids, I wanted to take a moment and let you know whether or not the sequel is something you should take your kids to.

A note on spoilers: I’m not going to directly talk about anything here that wasn’t revealed in the film’s trailers. However, I won’t make the same promise about the first movie, so if you haven’t ever seen Jurassic Park and have somehow managed to avoid spoilers on it since its release, then you might want to stop reading.

22 years after the events in the first movie, Jurassic World is a popular, thriving theme park attracting visitors by the thousands. The problems from the first park (which were, admittedly, caused more by direct sabotage than anything else) have been solved. However, the park is now suffering from its own success, and the thrill of seeing living, breathing dinosaurs is starting to wear off on the public. So the park’s scientists have come up with something special: a genetically-engineered, never-before-seen new breed of killer dinosaur, called “Indominus rex.” Soon enough, though, Indominus escapes from its pen and goes on a killing spree.

2. Is it really a direct sequel to the first film?

Yes, it is. The movie is full of references to the first film, including having a character wear a Jurassic Park t-shirt he got on eBay, and a sequence that takes place in the original park’s now-abandoned exhibition hall. There are multiple references to the late Sir Richard Attenborough’s character, including a statue in the new exhibition hall. And BD Wong returns as Dr. Henry Wu, the island’s chief scientist. There’s even a brief appearance by “Mr. DNA.”

I saw the movie with someone who had never seen the original, and I specifically asked him that question afterwards. His answer was an emphatic “No.” None of the references I mention above are particularly integral to the story. He was able to pick up on the fact that they were probably references to the first movie, but that didn’t take away from his enjoyment of this one.

The MPAA gave the movie a PG-13 for “intense sequences of science-fiction violence and peril.” That’s kind of interesting in a way. Yes, obviously, there’s lot of violence and peril. And yes, all of the violence is perpetrated by or on CGI dinosaurs. However, the original was also PG-13 (for “intense science fiction terror”), but the new movie represents a considerable step up in the violence. While Spielberg avoided blood altogether, new director Colin Trevorrow doesn’t shy away from it at all, spraying blood on windows and plants in multiple scenes. There are a lot more people in the way this time, since the park is open for business, and that results in considerably more deaths. Most are quick person-getting-eaten bits, and many are off-screen, but there’s a fair amount of bloody deaths as well. There’s also one character that is actually given a name and some lines of dialog who suffers what I considered to be a completely gratuitous, long death sequence.

There’s also a mild amount of language, including one instance of the s-word.

I consider the original movie’s score to be among John William’s best, so I was at first a bit disappointed to discover that he didn’t do the music this time around. Thankfully, though, they handed those duties over to Michael Giacchino, whose work you’re sure to recognize from Pixar films (Up, Cars, Ratatouille), the recent Star Trek reboot films, and Lost, among a lot of others. He does a very good job here of crafting a Williams-like score, making sure to incorporate Williams’ famous theme throughout.

I’d rate the science as “plausible.” I’m not a paleontologist by any stretch, but of course one needs to keep in mind that the movie is science fiction, not a documentary. However, I’m guessing the real question here is “but where are the feathers?” Well, it turns out that the script was smart enough to address that issue: in one of the expository scenes early on, a character explains that it’s important to keep in mind that none of the dinosaurs on the island have pure dinosaur DNA. (That was in the first movie as well–they explain that they mixed what they got from the amber with frog DNA.) Because of that, she says, “if any of these dinosaurs had pure DNA, they’d look a lot different.”

7. Besides Indominus, are there other cool new dinosaurs?

Most of the dinosaurs were in the original: there are herds of grazing Apatosaurs mingling with a herd of Triceratops and the like. And of course there are Velociraptors and a T-Rex.

This movie does feature a group of Ankylosaurs, which I don’t recall seeing in the first film. There is also a huge flock of flying, uh, creatures.

(Please keep in mind my statement above about my lack of paleontologist training. I’m calling the dinosaurs-with-long-necks Apatosaurus because that’s what Giacchino calls them in the title of one of the songs on the soundtrack. I know better than to refer to just any flying dinosaur as a Pterodactyl, although it’s possible that that is what these are… but of course I know as well that Pterodactyls aren’t dinosaurs. Hence “flying creatures”.)

8. When’s a good time to go to the bathroom?

Most of the expositional talking scenes are early on, but at about 40 minutes there’s a break in the action just after Indominus gets loose. It starts with Claire (Bryce Dallas Howard) returning to the control room and telling her people to remain calm.

At the half-way point in the movie, about an hour in, there’s a scene where Claire and Owen (Chris Pratt) come up on a dying Apatosaurus. You’ll have a few minutes at least before the action picks up again, but once it does after that point it’s pretty much non-stop until the end of the movie.

I saw the movie in 2D, so I can’t say specifically, but my guess is no. I certainly didn’t feel like I missed out on anything by seeing it the way I did. My guess is that there’s a lot of dinosaur jaws jumping out at you, and the sequence with the flying creatures might be a bit cooler to watch in 3D, but overall the movie is perfectly enjoyable without the added dimension.

My guess is yes. I did. You can read my full review on Filmstosee.com. It’s a fun thrill ride of a movie that gets to the action quickly and pretty much never lets up. There’s a fair amount of humor mixed in, and all of the actors do well in the environment they’re given.

That’s a tougher question to answer. Older teens most definitely will. Younger kids? I’m not sure.

Earlier this week, I heard an interview on the radio with Phil Tippet, formerly of Industrial Light and Magic who had the very cool title of “dinosaur supervisor” on the first movie. In the interview, he related the tale of how when they filmed the original, there’s that scene where the T-Rex is attacking the over-turned jeep, which has young Ariana Richards trapped inside. According to Tippet, one point the scene was going to continue with the T-Rex dragging the jeep to the edge of the drop-off as if to carry it to its lair to finish her off, and Spielberg told Richards to improvise some lines while it happened. So she started screaming “Daddy! Daddy! Daddy!” They looked at the footage afterwards, and Spielberg decided that it was far too intense that way, particularly with Richards calling for her dad, so he cut it.

I challenge you to go back and re-watch the scene, and then imagine that part being there. I think you’ll probably agree with Spielberg. I certainly do. I don’t, however, think that Trevorrow would. This movie is really all about more. More dinosaurs, more violence, more blood and a lot more terror.  Yes, the sequence at the end of the first movie where the kids are desperately trying to escape the raptors is intense (and it includes a hilarious bit where Richards, a young computer expert, clearly doesn’t know how to hold a mouse). But it’s nothing like what you get again and again in this movie.

I sat down and watched the original with my nine-year-old son a few weeks ago. He enjoyed last year’s Godzilla, so I figured he’d like this movie and I wanted him to see the original. And he thought it was cool. Now, however, I am not at all sure that I want to take him to see this one. While he will find large parts of it cool, I’m genuinely concerned that it will scare him. I would absolutely recommend that parents see the movie by themselves first, and then decide whether or not your kids can handle it. Definitely do not assume that because you were your kids’ age when the first one came out that they’ll be OK seeing this one.

Note: Before anyone links to the meme in the comments, Tippet also mentioned in the interview that he wanted to “thank” all of his fans. Because they are constantly pointing out online that he so obviously failed in his duties supervising the dinosaurs in the original, he’s been demoted in this film to a mere “dinosaur consultant”. 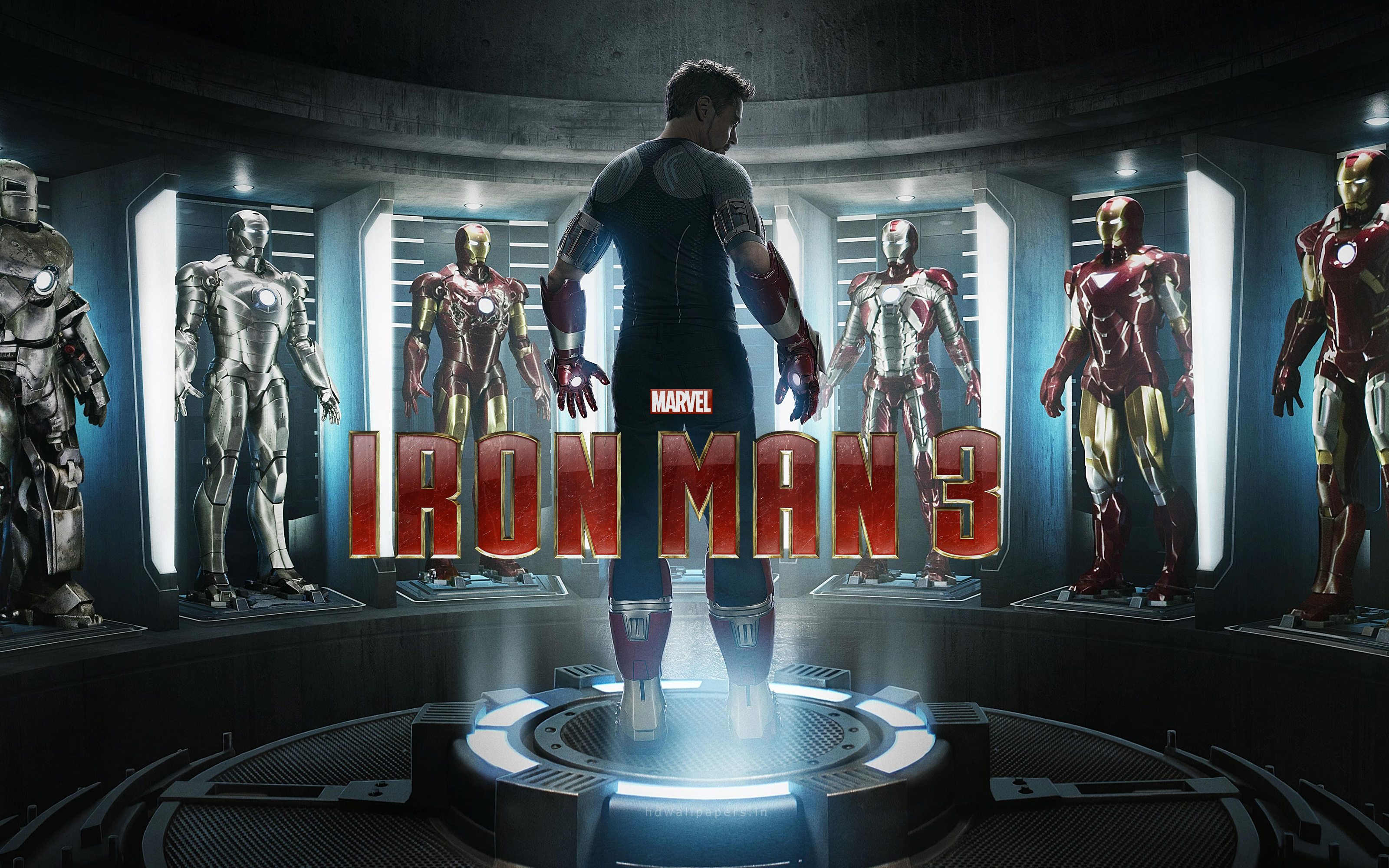 The Birth of the Brick

12 thoughts on “11 Things Parents Should Know About ‘Jurassic World’”