Tavarua is a small heart-shaped island in Fiji that is apparently well known for seven primary big wave surfing breaks. It’s also the name of a new game heading to Kickstarter from game designer, Cody Miller, of Far Off Games. Miller first grabbed my attention back in 2013 when his science fiction game, Xia: Legends of a Drift System, raised almost $350,000 for a game that I absolutely love.

Well, Miller hasn’t been resting on the success of his first game. A prototype copy of Tavarua recently arrived in my mailbox; the game revolves around surfing, of which I know almost zero. Given that the real Tavarua has a beach that’s useful to beginners learning to surf, it seems appropriate that, since I can’t be in Fiji right now, I can at least try and get stoked as I catch some cardboard waves and give the game a spin. So, I managed to scrounge up a couple of players to give it a try. If you like what you see below, point a web browser to the Tavarua Kickstarter project page and consider backing the game and helping to bring it to many more shores.

The object of the game is quite simple–paddle out (or in), try to catch a breaking wave, and then try to stay on your board and ride it in for maximum points before heading out again to catch the next wave.

All the action takes place on the game board–it’s broken into three sections that track incoming waves, the Wash, where players who wipeout return to shore, and the Channel, where you have to navigate a long board or a short board and compete with other surfers.

The game comes with a LARGE amount of components. Dice, Meeples, surfboard tokens, surfboard tracking boards, wave tracking pieces, reference cards, balance tokens, scoring tokens, and even three tiny trophies plus much more. At first glance, I was a bit overwhelmed, but the game does support up to six players… and each player will need quite a bit of hardware to track his or her score, balance, and other factors. 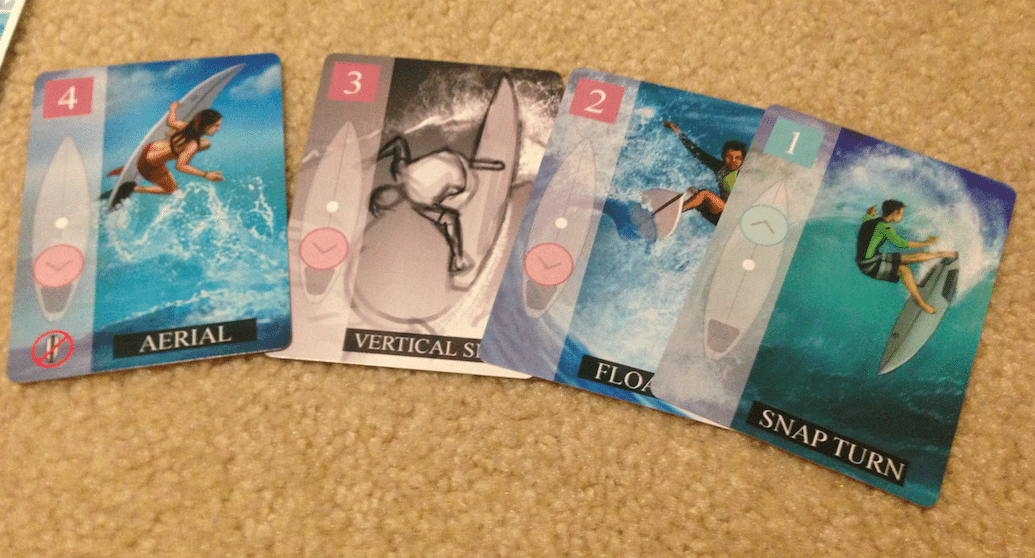 Here’s what I most enjoyed about the game: it’s FAST. The game is broken into three rounds–Advance/Play, where the waves are moved forward and players choose their actions by placing cards face down is the first round. Resolving movement and special actions comes second, and the third round is where waves that are completed are scored. All action by the players takes place simultaneously, keeping the game moving at a pace that prevents it from feeling too mechanical and rules-driven. Once you understand the options available to you as a surfer (Do I paddle out? Back? Do I try to battle another surfer for an obviously breaking wave or skip it and try for that really gnarly looking wave coming down the pipe just ahead?) as well as how actions are resolved, the game moves quickly to its end. With only three players, we ended up playing again because we were so surprised at how fast the game progressed.

But don’t think the fast game doesn’t offer some really fun strategy and unpredictability. There are many more options other than paddle and catch wave, and, as you start to see how competitions play out between two or more players, you’ll start looking at the Bail and Wait options as you take into consideration when certain other waves will break and offer you no competition and a chance to try for finesse points (such as Earning Toes when you ride the front of your board). There’s a good mix of outcomes in this game, and the speed at which the action takes place makes it a good game for players looking for some short and sweet satisfaction. I received prototype supplies, but even those were impressive… so I can imagine Miller will be going all out on the quality of the final game. (Anyone who owns a copy of Xia will know that Far Off Games does not skimp on materials, and the graphic design of cards and components is outstanding–I can’t imagine it being any less high quality for Tavarua.) 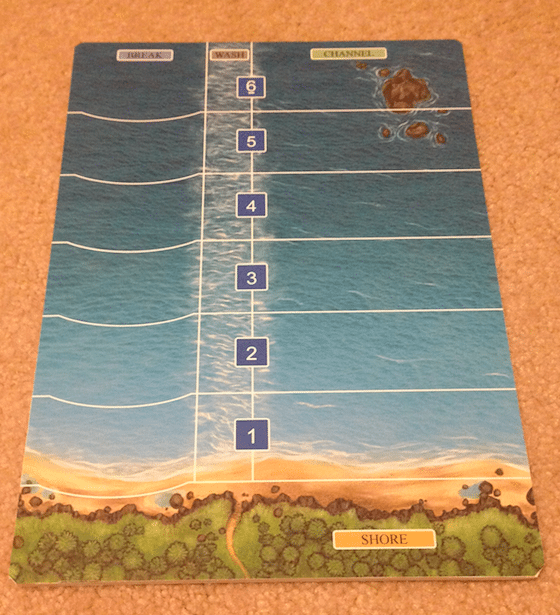 I haven’t yet had a chance to play Tavarua with my 8-year-old son, but I have a strong feeling he’s going to like it. The prototype rulebook has some length to it, but the rules themselves aren’t overly complex… something my son doesn’t like (yet) in a game. As with all Kickstarter game projects, you’ll want to examine the project for more information on recommended age and to get more details about the planned components and such, as well as any changes that have been made to the prototype rules or supplies. 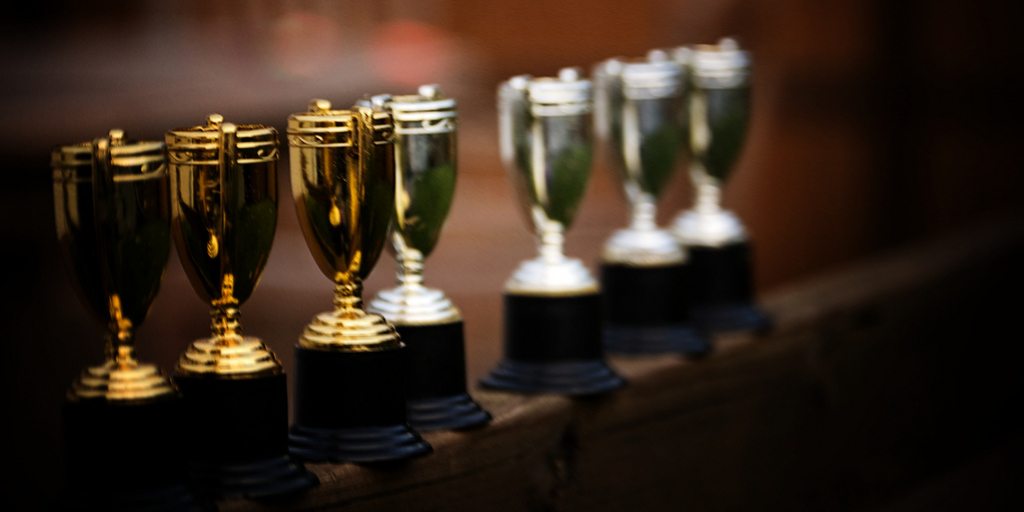