Over the course of last year, Kickstarter really became a popular way to launch new board games. Both brand-new game designers and established companies used Kickstarter to raise funds for board games, some with incredible amounts of success. While I love checking out all sorts of projects on Kickstarter, the bulk of my pledges went toward games.

I’ve already shared a few of the things I’ve backed (and have received) from Kickstarter, and I’ll continue to review those as time allows, but here are two that are on my radar right now: Island Fortress and Conquest Tactics.

First up (and with less than a week to go) is Island Fortress from Frost Forge Games. I first heard about the game through Lorien Green’s “Going Cardboard” board game documentary, of which I’ve seen a few clips. In it, she interviewed game designer Bryan Johnson about his board game (originally themed around the Great Wall of China). He got a contract to publish it, and then the game publisher fell on hard times, so then Johnson was able to cancel that deal and signed with another publisher, who also ran into difficulties. By this time 5 years had passed, and Kickstarter had become a viable way to self-publish board games.

That’s how Frost Forge Games was born. The newly re-themed Island Fortress is their first game, and it’s a combination of worker placement, set collection, and, well, building a wall. I was sent a prototype version of the game, but although I’ve read through the rules and it looks like a fascinating game, I just haven’t been able to rope in a couple more gamers yet to try it out. Since the Kickstarter campaign is ending on Sunday, January 15, I wanted to go ahead and tell you about it so that you still have time to check it out. The game is funded, so it’s guaranteed to be printed — and if they raise more money, they can upgrade some of the pieces.

Overview: You’re building a fortress on a remote island, a penal colony. Your construction workers are indentured laborers and convicts. The work is hard, and many of the builders may die in the process — but you need to get those walls done. You play a taskmaster, in charge of buying supplies, acquiring workers, and building up the walls of the fortress. If you do well, you may even earn favors from the Governor, granting you additional income or other advantages.

Retail: $45 for the game on Kickstarter, $65 if you want the 5-6 player expansion, plus other options available.

Who Will Like It? This one doesn’t look to be an entry-level game: the rulebook is a little intimidating, and I think that’s partly why I haven’t been able to convince other players to try it out yet. But I think players who like worker-placement games like Caylus or Agricola may like the mechanics behind this one. I won’t go into too much detail here. If you’re interested, you can download the rulebook as a PDF. Briefly, there are region boards showing a section of wall, five stones wide and three rows high, with two additional blocks on the fourth row. Each region also has a prison cell and a camp.

Everyone has a taskmaster who starts in the camp on the same region, and when you take actions they affect the region you’re currently in. You also get cards for various roles, and each time a role is played you can take one of its actions:

There are also ways to buy back the role and immediately play another.

Each round consists of getting income, then bidding for the petition of the governor (which lets you go first, and gets you a governor wall block, which can be placed on the wall during the player’s turn). After this is the actions phase, when players take turn using the role cards until each player has had three turns.

You get points for building up the wall: for completing a row, and also for having the most blocks in a completed row. You can also get bonuses for completing the favor cards, which are patterns of blocks; if you build that pattern into the wall in your color blocks, then you can get victory points, additional income, workers, and more.

The game ends either when the wall is completed or the supply of governor blocks runs out (11 or 12, depending on number of players). Then there is some more scoring based on uncompleted rows, treasures collected, and so on.

Unfortunately I can’t give you a very clear thumbs-up or thumbs-down on Island Fortress because I haven’t gotten to actually play it yet, but the mechanics certainly seem intriguing and the artwork that has been posted on the Kickstarter page looks very nice. Part of me wishes they’d kept the Great Wall of China theme, but I don’t think that in itself will affect the gameplay much, just the appearance and theme. Check out the Kickstarter page for more info about the game.

Keep reading for a little about Conquest Tactics! 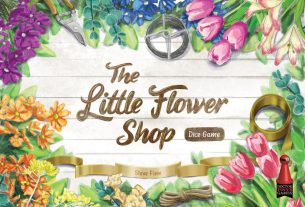 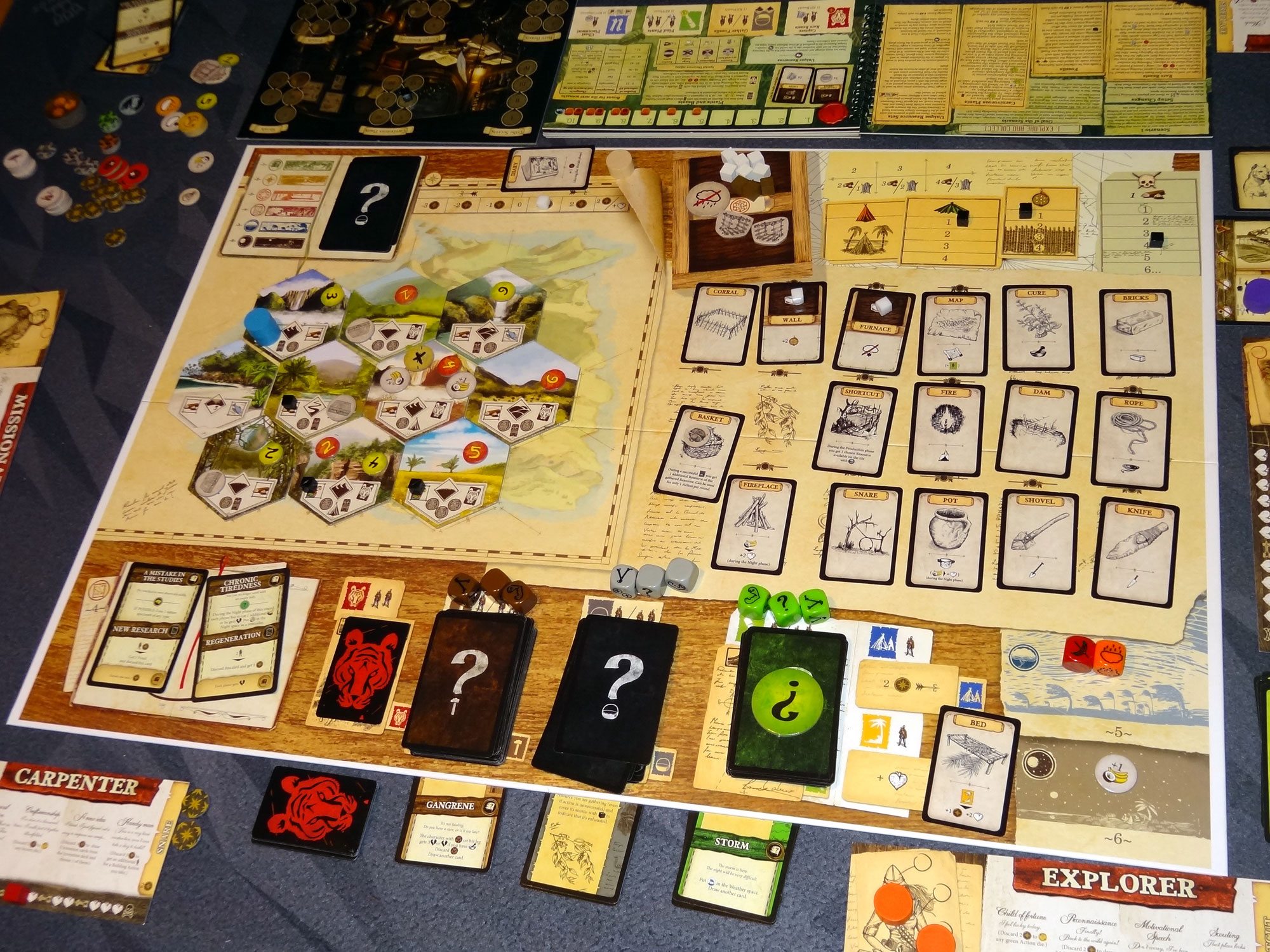 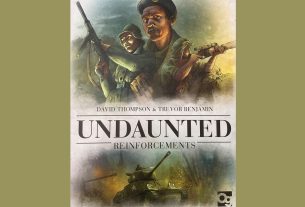 Reinforcements Arrive for the ‘Undaunted’ Series