For Father’s Day 2015, I spent a good amount of time with my family that included a nice trip to the pool on a 95+ degree day in Atlanta. But earlier that day, I spent two hours reliving some of my favorite moments from my childhood at the 2015 Southern-Fried Gameroom Expo… and it was glorious.

With over 200 arcade and pinball games–ALL SET FOR FREE PLAY!!!–my head was spinning when I walked in with the rest of the early arrivals at 10am and heard the familiar sounds of my youth. First up… a quick game of Pin*Bot, the pinball game I probably played the most at the Pensacola, Florida arcade called SpacePort. My skills were rusty, but I sure did enjoy hearing that electronic voice again. 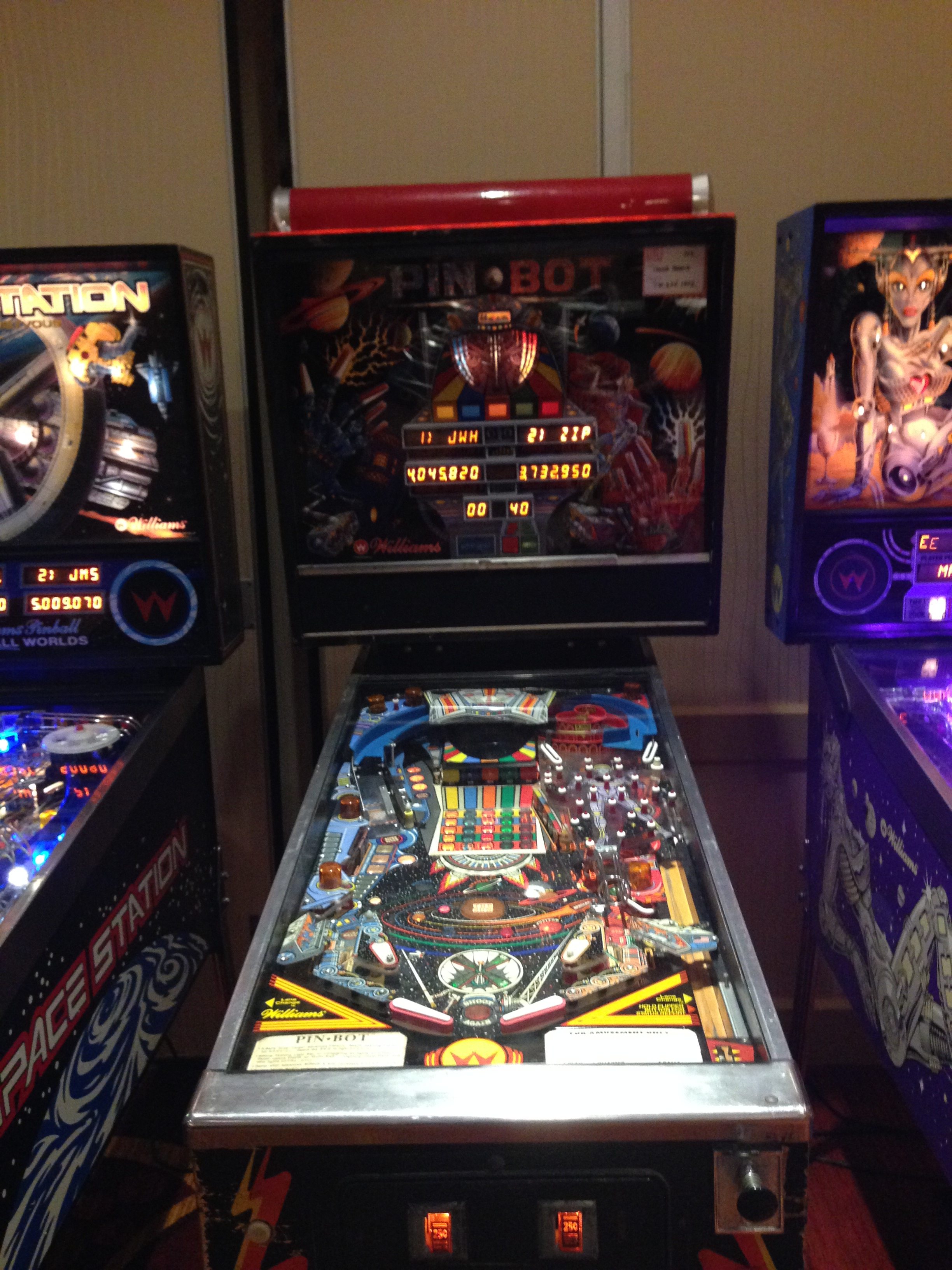 After Pin*Bot, it was a bit of a blur. TRON. Star Wars (the original stand-up version with the “May The Force Be With You” in lights on the Death Star as it zoomed in). Galaga then Zaxxon then Xevious. A few games of Space Invaders followed by a game of Rampage where the cabinet required you to touch two wires together to trigger a coin drop!

I know I played Frogger, Dig Dug, Robocop, and Asteroids, and in between all this game play I got to play some classic pinball games that I believe were older than me… old style games with non-digital scoring and actual bells that would ring when hit by the ball. For pinball, I played KISS, Indiana Jones (with the pistol that “fired” the ball–only $6000 if you wanted to buy it!), Elvira, a few Star Treks that ranged from The Motion Picture version to the reboot game with Pines and Quinto, and a few more with names I can’t recall.

I played Pole Position and remembered just how horrible a racing game it was… I took a turn on Robotron and remembered that I was never very good at it and still wasn’t. I know I played other games, but it doesn’t matter that I’ve forgotten. All I do remember is I left the Atlanta Marriott Century Center with a grin on my face a mile wide. 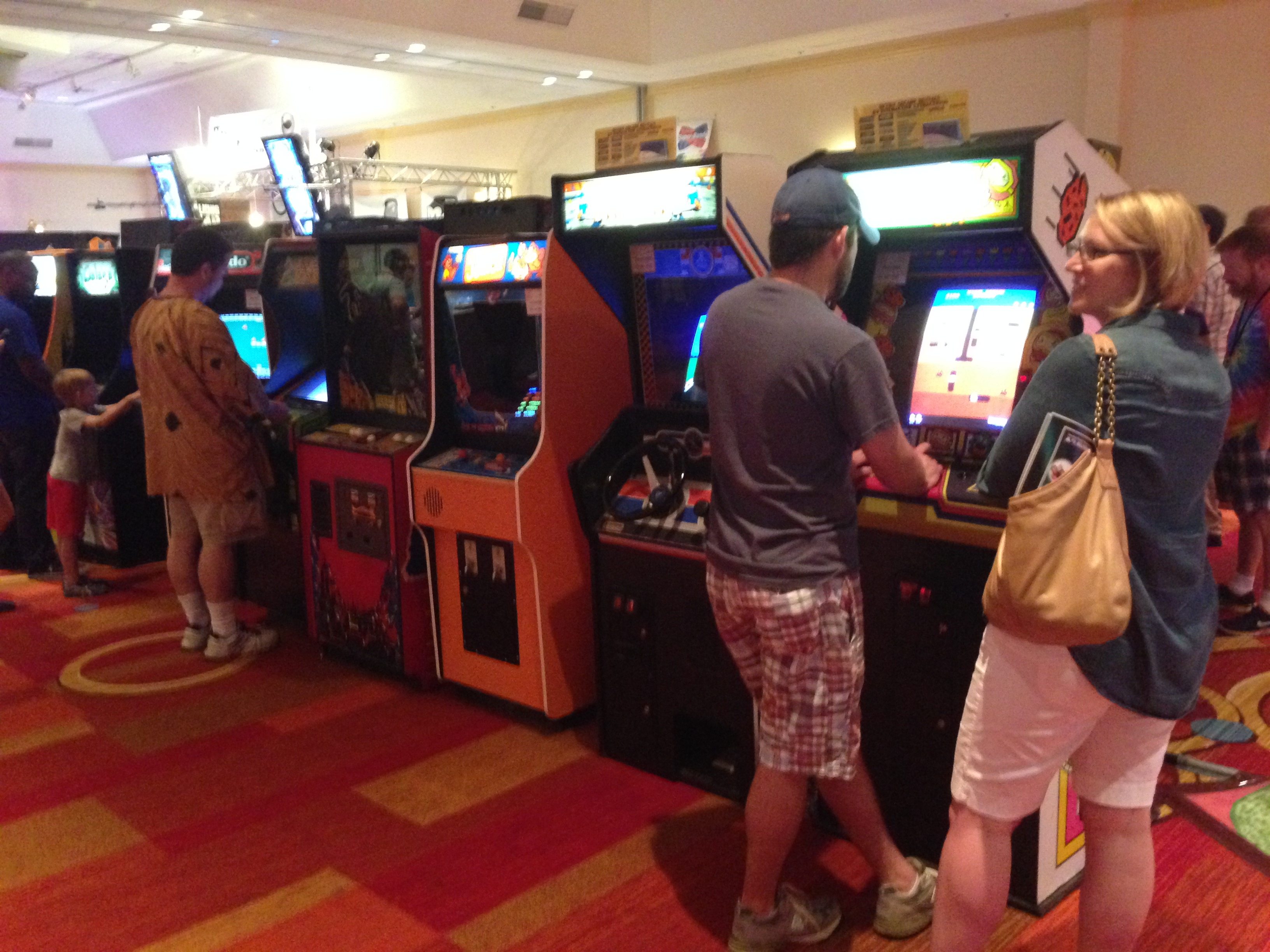 GeekDad writer, Preston Burt, is actually one of the five event coordinators, and I got a chance to meet him and talk about our hobby. It’s always good to meet fellow GeekDad staffer, but I missed another writer, Z., by just a day. I wish I could have attended all three days (Fri-Sun), but maybe next year. This is supposed to be an annual event, so I’m already looking forward to 2016. Preston let me know that they’re already busting at the seams for space and a new location is needed. That’s a good problem to have when it comes to gathering hundreds of arcade and pinball games under the same roof, right? 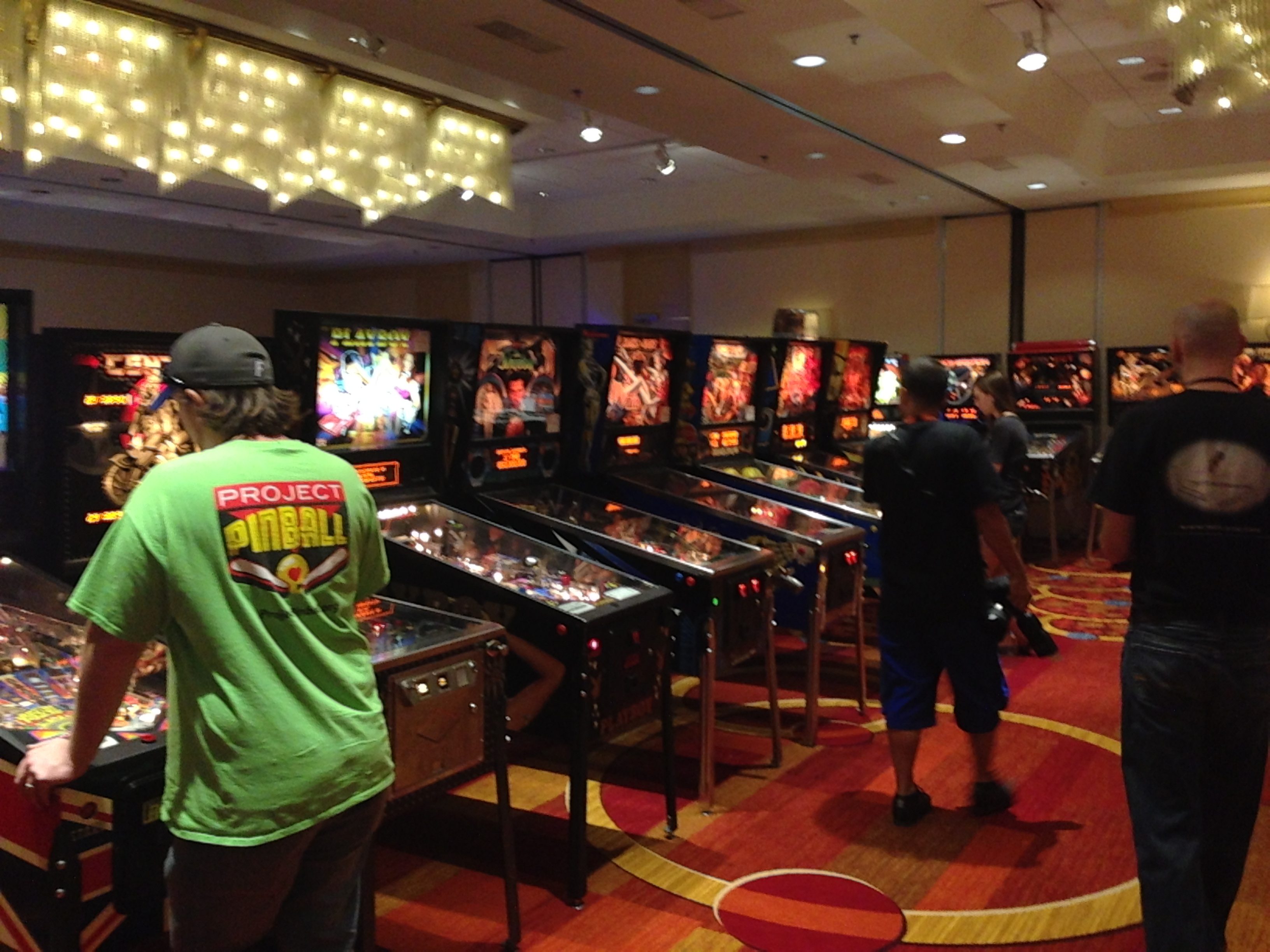 Here’s the thing: I was only there for a few hours, but it got crowded fast! But what impressed me so much was just how cordial all the fans were to one another. I never had to wait for more than a minute or two to play the older arcade games, and even the most popular pinball games required me to maybe stand in a little queue of 3-4 players deep. No one seemed to be going for super high scores… most just seemed to want to grab a few minutes on this machine, a few minutes on that machine. I found myself having a few conversations with players who shared my enjoyment of specific games–we talked about the first arcade game we ever played (mine was Space Invaders at TG&Y department store probably around 1979), our favorite game (mine was the sit-down Spy Hunter and, sadly, I didn’t see it in the amazing collection that day), and our dream games to own (I want a stand-up TRON so bad, and I probably spent enough quarters on it over a few years to buy one at today’s prices). 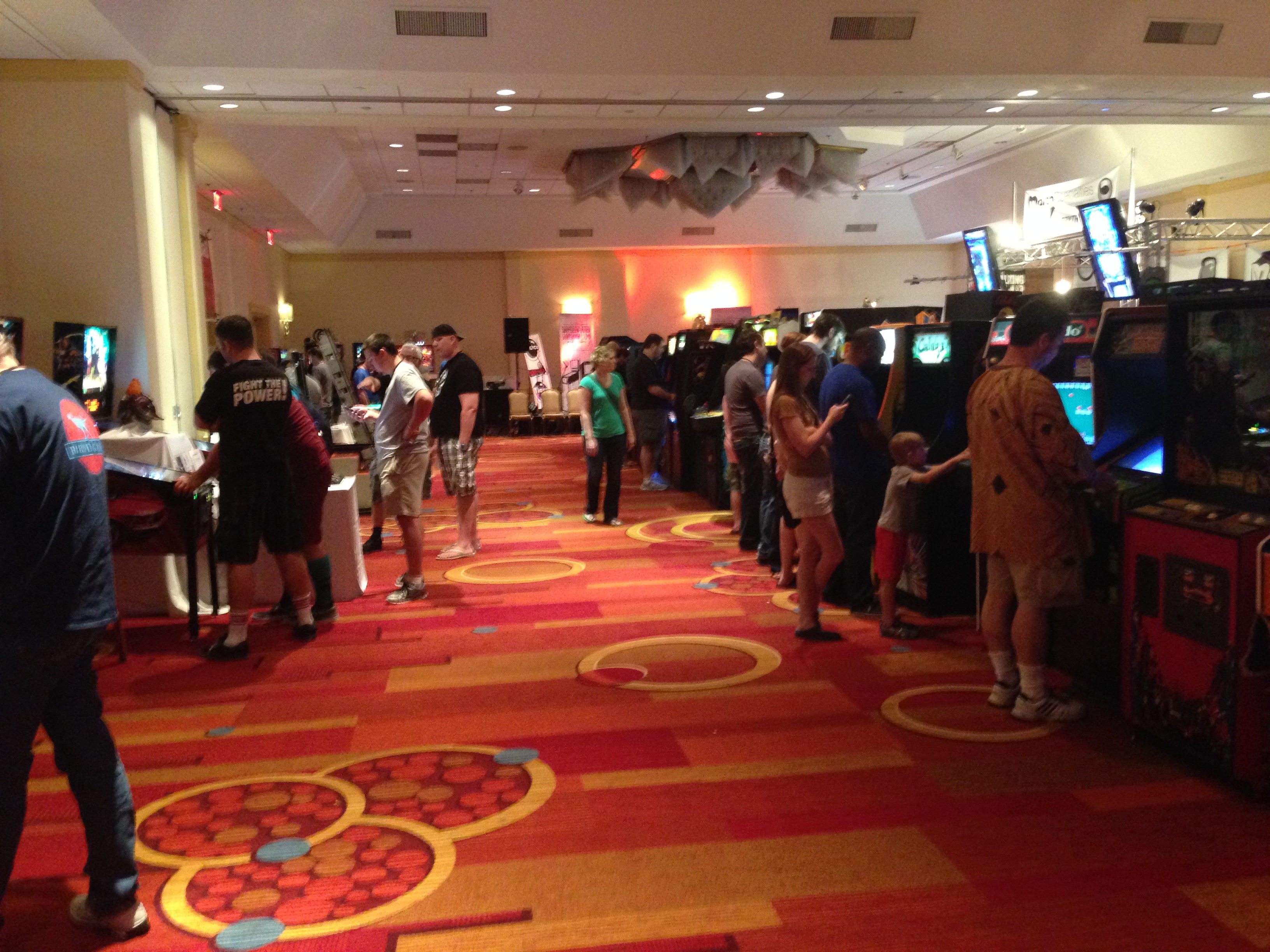 I also got to talk with quite a few folks who have built their own arcade cabinets. I built my own (see picture below) but sadly the control panel is still glitchy–this event lit a fire in me to get that thing fixed! I really want to share my love for these games with own boys, and I found many kindred souls who shared the same desire to keep the memories of these games alive and introduce this new generation to the joys of 8-bit. 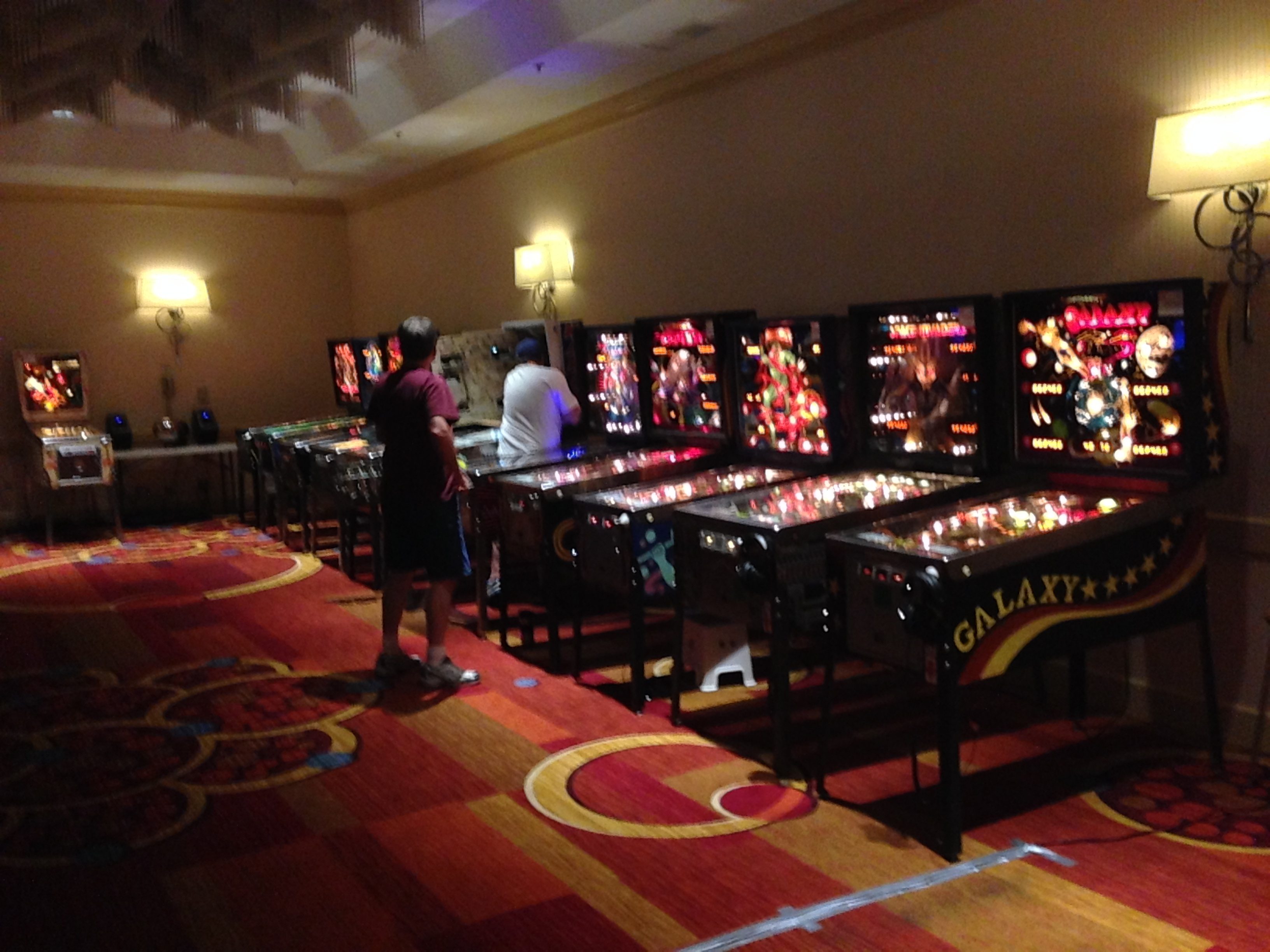 Speaking of building your own arcade cabinets, I also had a chance to spend some time chatting with a local business owner, Keith Brownlow, of Monster Arcades. He’s based in Marietta, Georgia, and his company sells pre-cut, fully-assembled arcade frames of various sizes and shapes. While I enjoyed building my own, it really stretched my woodworking skills at times and my patience. He sells a two-player mini cabinet (that can sit on a tabletop–see below for photos of the unfinished cabinet and a finished version) that I’m saving up for; my plan is to create a smaller cabinet that I can tote to my summer camps so the kids can play during breaks and such. I’m planning a trip to Keith’s shop for a more detailed writeup soon, but if you’ve been thinking about building your own arcade, you should definitely check out what he’s selling… the quality and sturdiness of his materials (1″ sturdy birch plywood) was impressive, and it doesn’t hurt that he also cuts the t-molding notch so customers don’t have to do it. (Trust me… this is a big deal.) 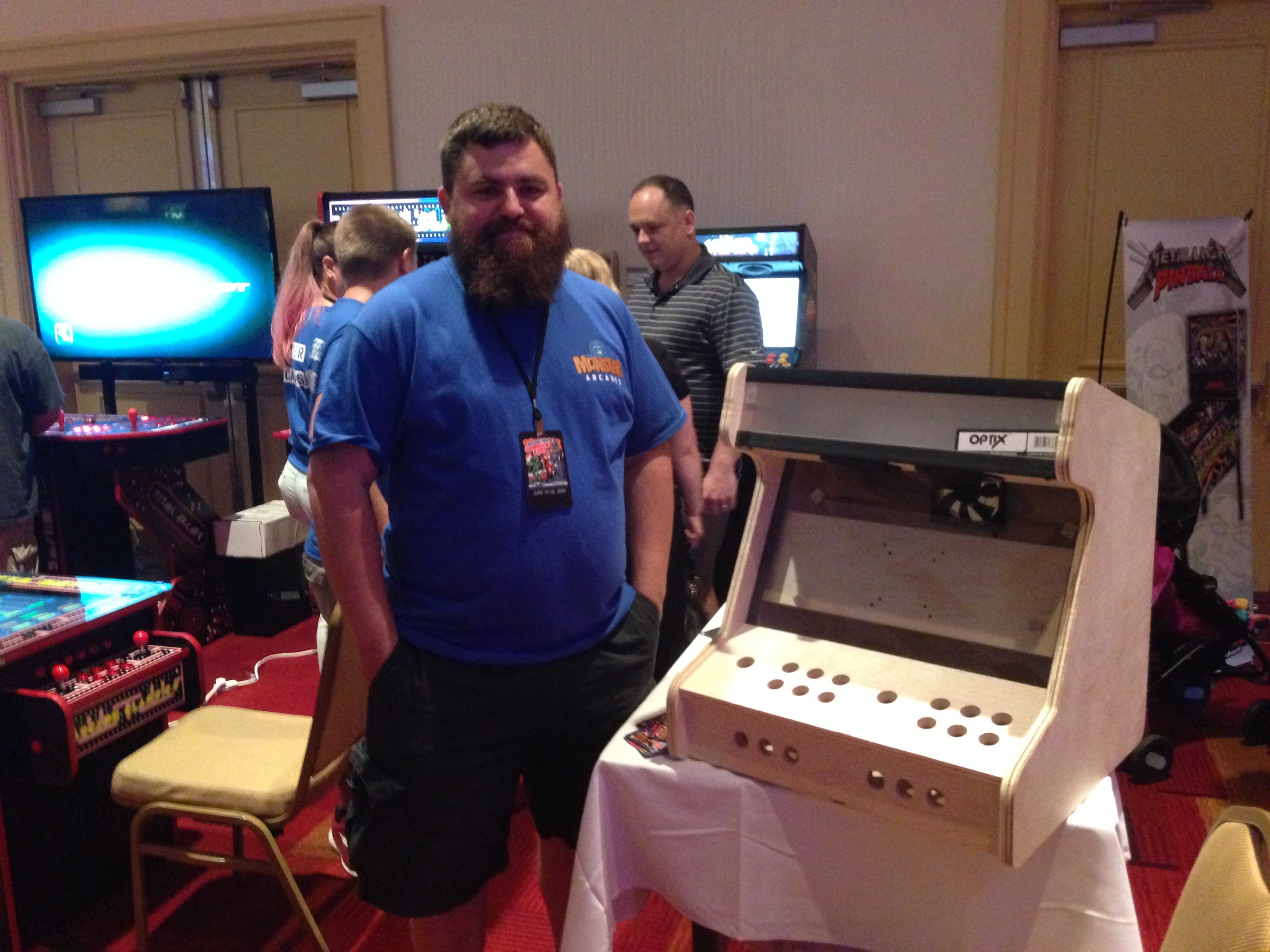 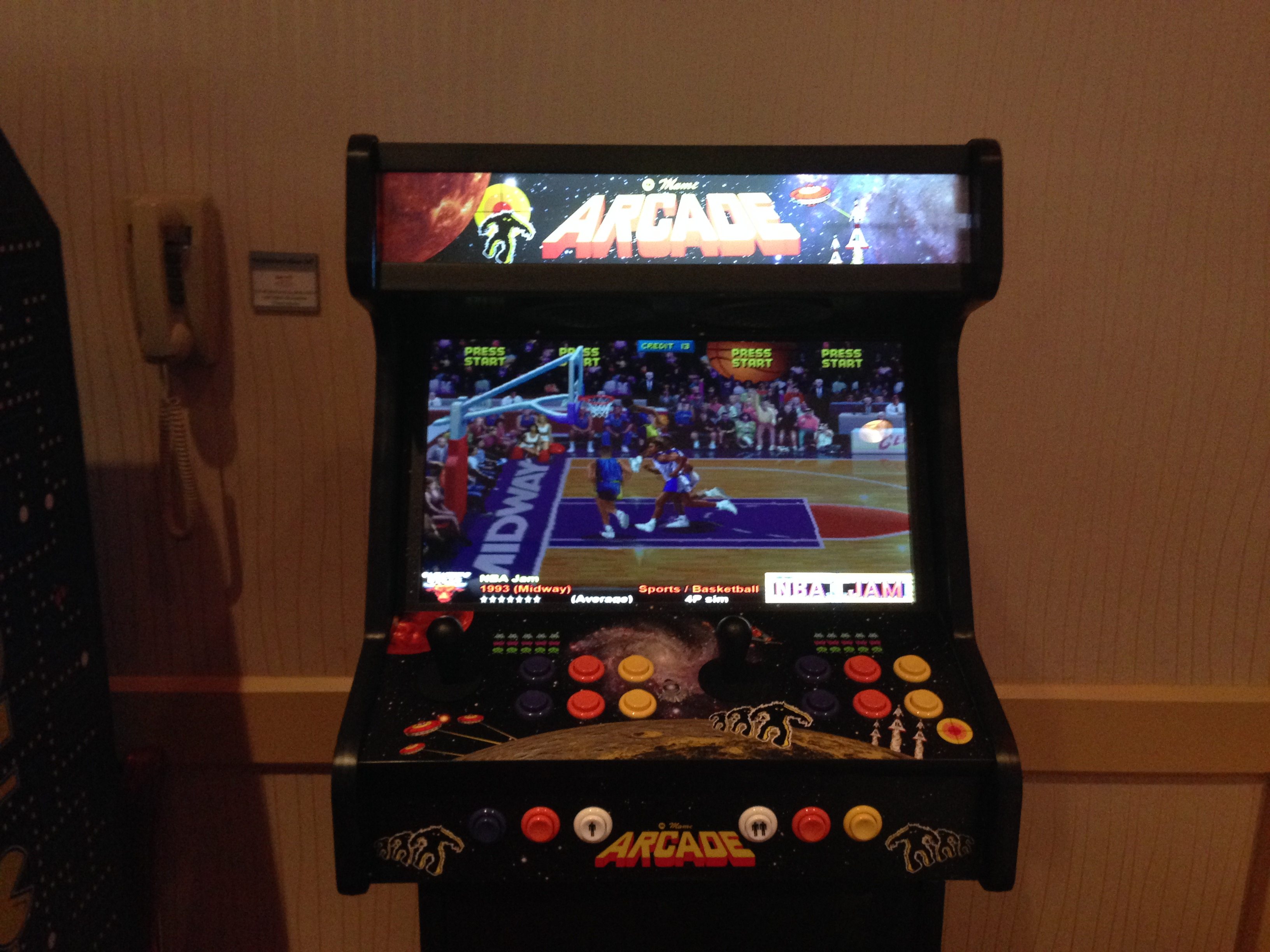 All in all, I had an absolute blast. I was a kid again, remembering the sounds of my favorite arcade and the games inside. If you’re within driving range of Atlanta next year, you should definitely try to make an appearance. I’m already planning on taking my oldest boy (he’ll be 9 by that time) and sharing the experience with him… the 6-year-old will get his chance one day, too, if the attendance for this second year is any indication of its popularity and support.

You can find out more information about the 2015 Southern-Fried Gameroom Expo event here, and I’ll try to post a follow-up when I hear from Preston that the 2016 event has details available. 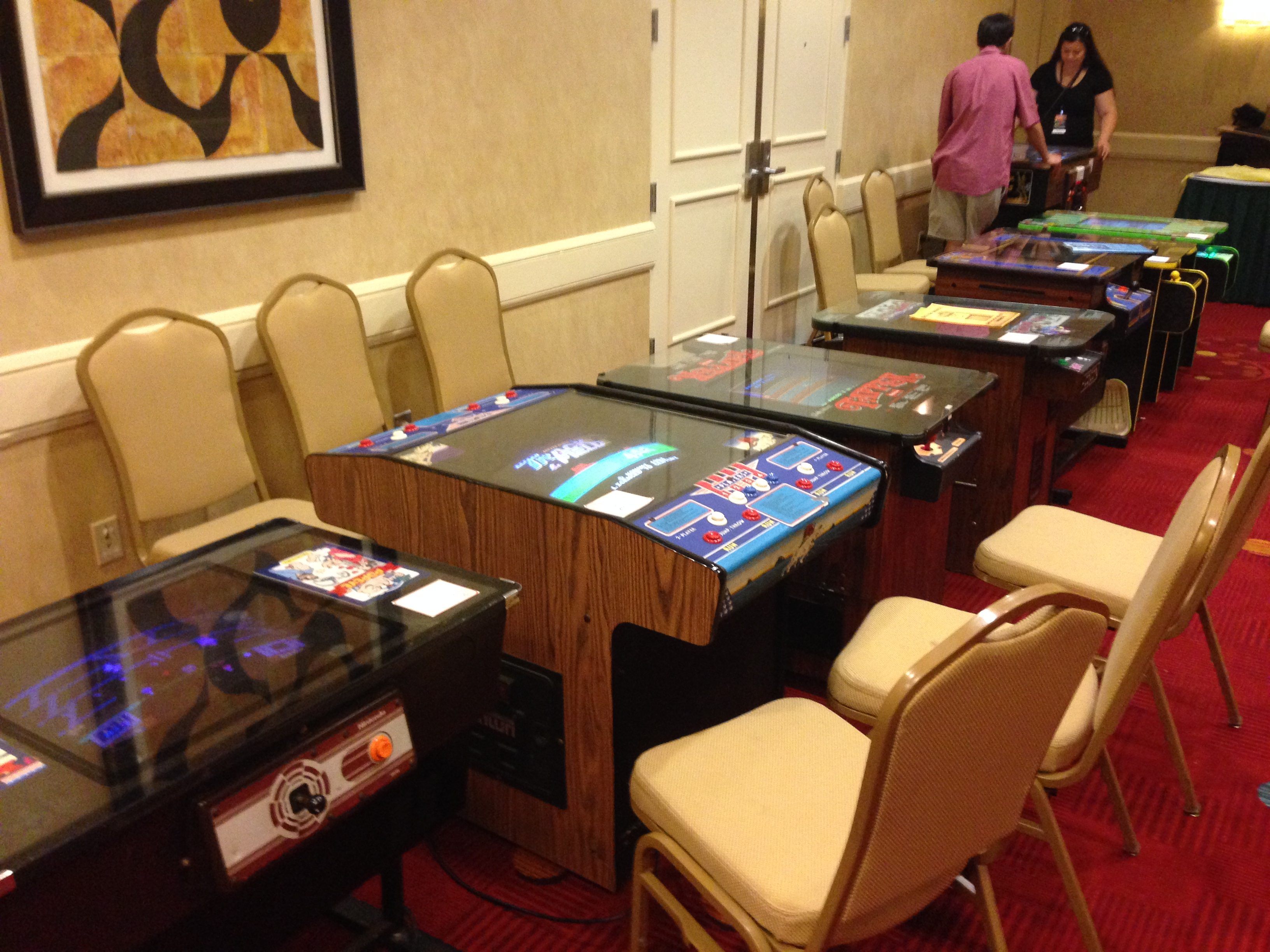 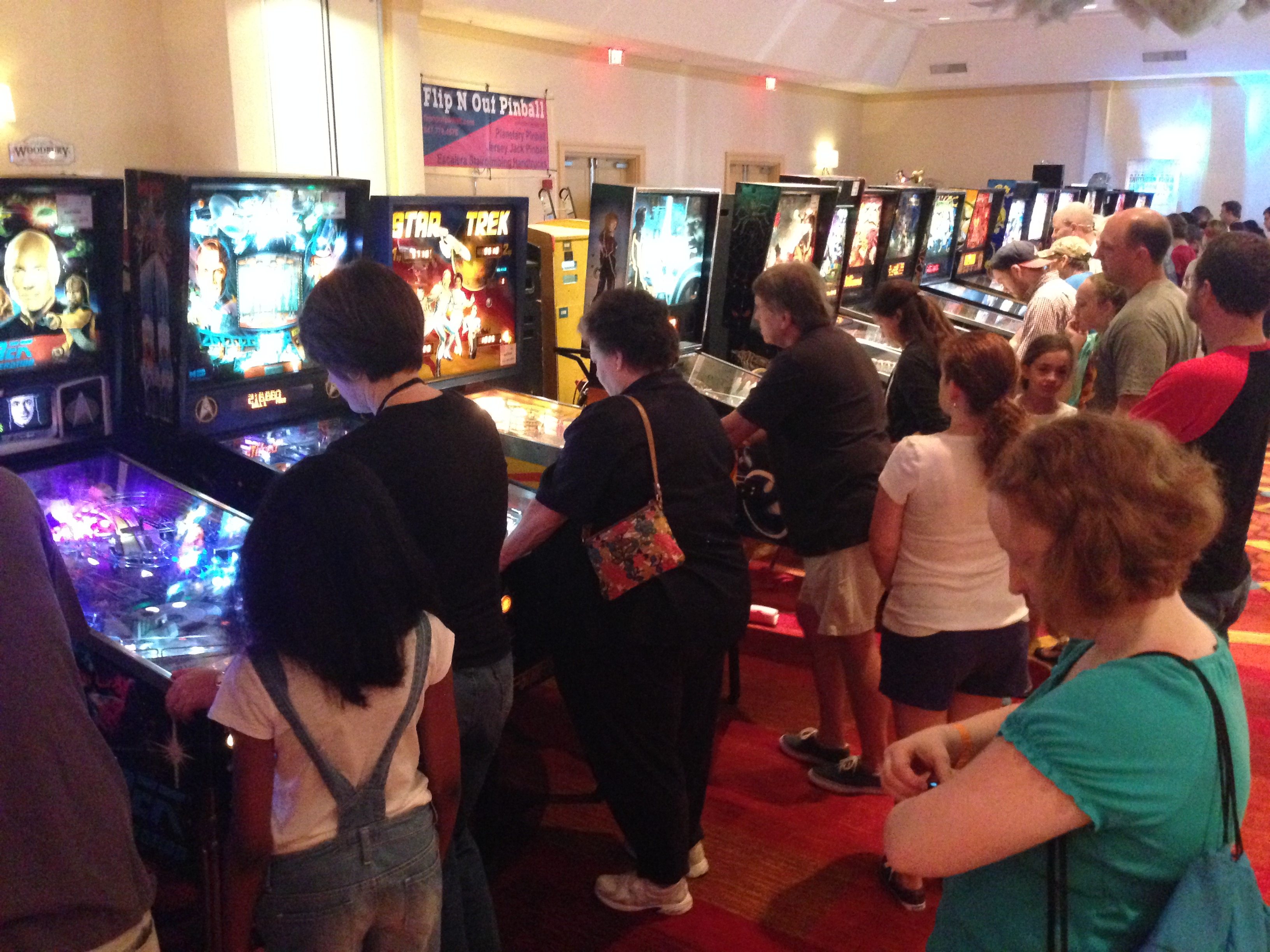