Are you a member of the 1%? That is, the 1% of dog owners who regularly tackle the issue of doggy dental hygiene. While I do have two dogs, I must admit I’m in the other group. We use dental chews, and hard bones, but that doesn’t entirely solve the bad breath.

Last night we had a quick Twitter chat with the folks behind Zumby, the new crowd funded chew toy that uses technology to kill bacteria in your dog’s mouth. There were a lot of great questions, and Zumby responded with answers that were always informative and occasionally witty.

I’m looking forward to testing this out on our two pups. Neither of them is amicable to the idea of a toothbrush, so any help with that chore would be great.

Zumby is a durable chew toy that you use during play time. Since Zumby is a medical device, disguised as a toy it is not for unattended play. However, given my larger dog’s propensity to destroying toys, even the Extreme Kong, we never leave him alone with toys. Zumby works best when used for 10 to 15 minutes per day about 3 times per week.

The size of the toy is designed for dogs of all sizes, except it may not be suitable for the smallest breads. They do plan a mini sized version in the future, but are concentrating on one size for now. Judging by what I see in the photos, Zumby might be usable, but large, for our 10 lb Pomeranian.

Zumby works to kill bacteria with a micro-current technology. At this time the tech is designed for dogs, and not intended for humans or other animals, but it sounds like human trials for a similar tech are in the works. Zumby also assured us that the micro-current would not harm electronics, unless of course the dog was chewing on them at the same time.

The power is provided by a rechargeable battery. Both the battery and circuit board are sealed within a durable compartment in the toy. Power is motion activated so there is no need for a switch which could easily be damaged by either of my dogs. The battery should be recharged every 1-2 months and should last up to two years.

Just remember that Zumby doesn’t replace regular brushing and cleaning, but it can help make both of those easier. Fewer bacteria in the mouth should result in cleaner breath, cleaner gums, and healthier teeth.

For more info check out the Zumby campaign on Indiegogo. I’ll be following along to see how well the device works and will most definitely report back here when I get one to try on my own dogs. 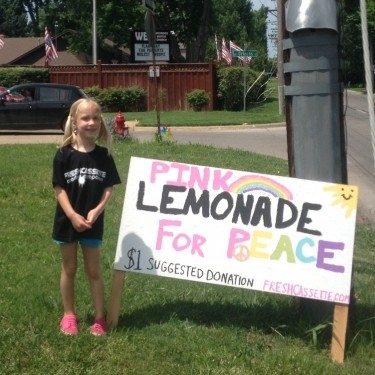 Geocaching as a Family Day Out

1 thought on “Zumby: Clean Your Dog’s Teeth With a Toy”