I love concept art books. Pulling back the curtain on how a film was made—whether that’s the costumes or props or animation techniques—always fascinates me, even in cases where I didn’t think the film itself was great. For movies I enjoyed, though, these glimpses behind the scenes are even better. I’ve covered several “art of” books before: Brave, ParaNorman, Wreck-It Ralph, How to Train Your Dragon 2, and it’s always fun to dive into the creative process. 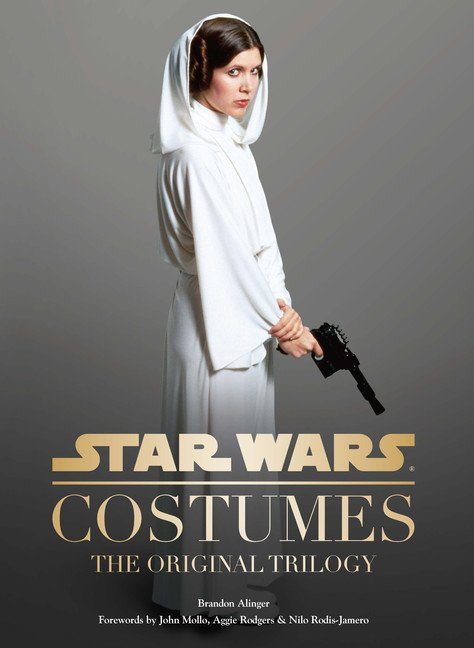 If you’re a fan of Star Wars, you’ll love this gorgeous volume about the costumes from the original trilogy. It’s filled with concept art (including some of Ralph McQuarrie’s paintings), and lots of photos: publicity photos of the actors in costume, pictures of the people actually making the costumes, and photos of many of the costumes (some original, some copies) on mannequins so you can see a lot of the details.

It’s not just art and pictures, though: it’s also filled with essays that give insight into how the costumes were created. George Lucas was a fan of what he called “greeblies”: little knick-knacks and technical-looking gizmos that were added to costumes for effect. I was fascinated to find that many of the costumes in the original films were made for hire by Bermans & Nathans, which then retained ownership of them; Lucasfilm went back and purchased many of the costumes later. I’m sure diehard Star Wars fans will know some of these stories already, but much of it was new to me.

The book covers all of the major costumes, but also dedicates several pages to things like the bounty hunters, the Death Star Droid, various guards and minor characters, and R2D2 (who existed both as mechanical versions and as a costume for Kenny Baker).

Star Wars Costumes: The Original Trilogy is due out at the end of the month from Chronicle Books, and retails for $60. 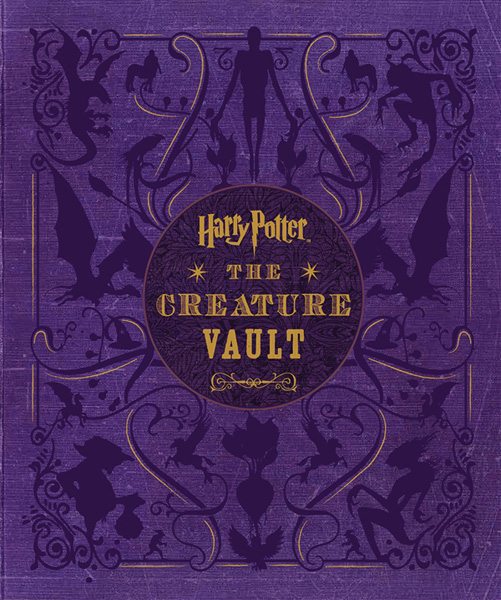 The Creature Vault showcases many of the creatures from the Harry Potter films, including some of the livelier plants like the Mandrake and the Whomping Willow. This one is more of an art book than an essay, though there are “Fast Facts” sidebars that list a creature’s film appearance, location, design notes, and descriptions from the original books.

The book includes a lot of concept artwork plus screenshots from the movies, and sometimes photos of maquettes or models. The majority seems to be illustrations, though, and it’s fun to see the way various creatures evolved before the final image.

Fans of the Harry Potter films will love flipping through The Creature Vault, which will published by Harper Design at the end of the month and retails for $45. 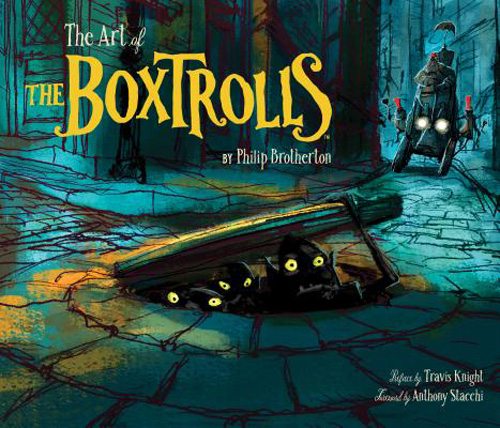 The Art of The Boxtrolls

I was fortunate enough to visit LAIKA Studios earlier this year to get a peek at the making of The Boxtrolls, and I loved seeing all of the handcrafted costumes and the blend of old and new technology. But now everyone has a chance to take a closer look at the making of this stop-motion animated film: The Art of The Boxtrolls is packed with the sorts of things I saw during my visit.

Stop-motion animation has always been one of my favorite types of animation, because of the very physical nature of it. Everything you see on screen was not only imagined and drawn, but crafted and assembled. This book digs into all of it: getting from Alan Snow’s book Here Be Monsters to a movie-worthy script, designing the characters and the look of the town, bringing everything to life.

LAIKA’s flavor of stop-motion animation is a unique blend of traditional techniques and digital wizardry, and The Art of the Boxtrolls is a great peek behind the curtain. For anyone interested in how these movies are made, this is a fantastic book.

The Art of the Boxtrolls was published by Chronicle Books last month, and retails for $40. 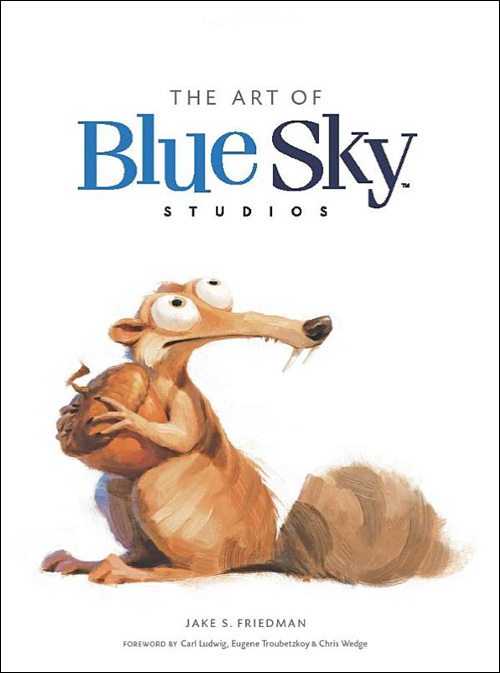 The Art of Blue Sky Studios

I think for most people, Blue Sky Studios appeared on the scene in 2002 with the release of their first feature film, Ice Age. But it turns out their history actually goes back a long way before that: the company was first formed in 1987, but several of the key figures had worked together even before then on various projects, including Tron.

The Art of Blue Sky Studios is a massive book (the largest one on this list), a large hardcover that clocks in at just over 300 pages, and is chock-full of concept art and sketches, screenshots, and character profiles. Unlike some of the other concept art books, though, the text is more like a continuous story, a biography of the company. There are some sidebars scattered throughout, but ultimately the book tells the story of how Blue Sky became what it is today.

Since that first Ice Age (which has spawned plenty of sequels), Blue Sky Studios has also made Robots, Epic, Rio, and Horton Hears a Who. This book encompasses everything up to and including Rio 2. You and your kids will love flipping through and looking at all the fantastic images and learning more about this company that has been creating computer graphics since before the general public knew that was a thing.

The Art of Blue Sky Studios will be published by Insight Editions at the end of this month, and retails for $60. 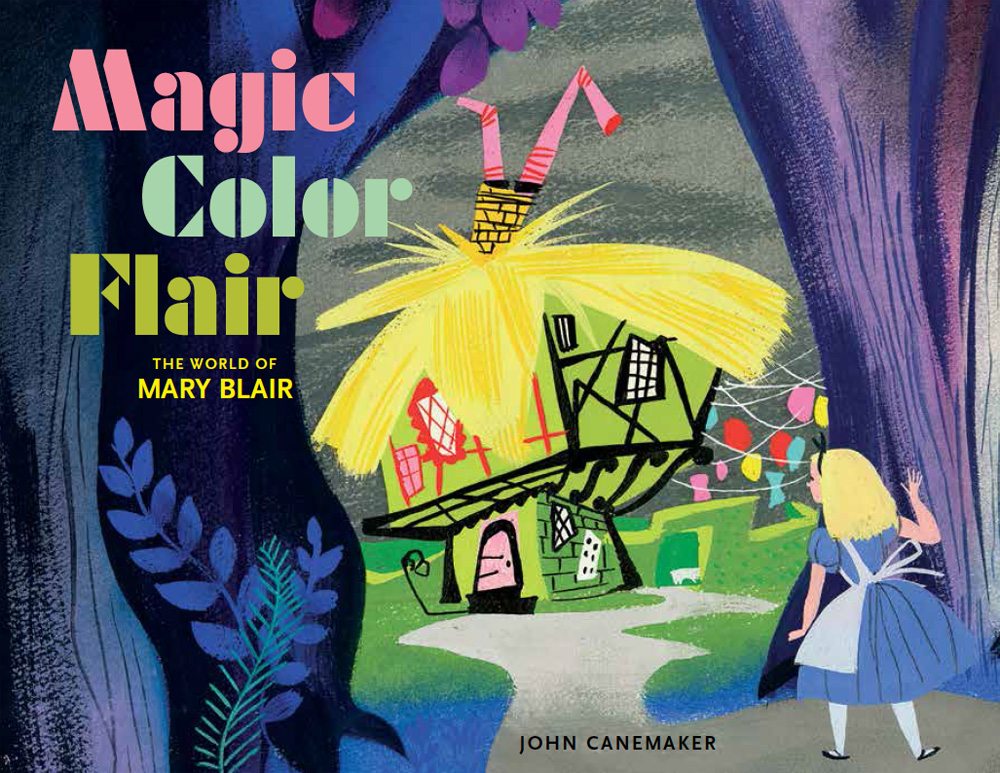 Mary Blair was an influential art director for Walt Disney, and her designs for films like Peter Pan, Alice in Wonderland, and Cinderella had a strong part in the tone and look of many Disney films. Magic Color Flair is a large sampling of her work.

Aside from working with Disney, Blair became a successful freelance illustrator and designer. Her artwork may be familiar to those of us who grew up with Golden Books. Walt Disney also hired her to do many other designs for Disney World, including the “It’s a Small World” ride and a large mural for Tomorrowland.

Earlier this year the Walt Disney Family Museum had an exhibit of Blair’s artwork, and this book is a companion to the exhibit. As such, it’s more artwork than essays, though each section has some introductory text. It’s not exactly concept art in the same way as some of the other books on the list, but if you’re a fan of classic Disney films, you should check it out, because of Blair’s significant contributions to the look of those films.

Magic Color Flair: The World of Mary Blair was published earlier this year and retails for $40. 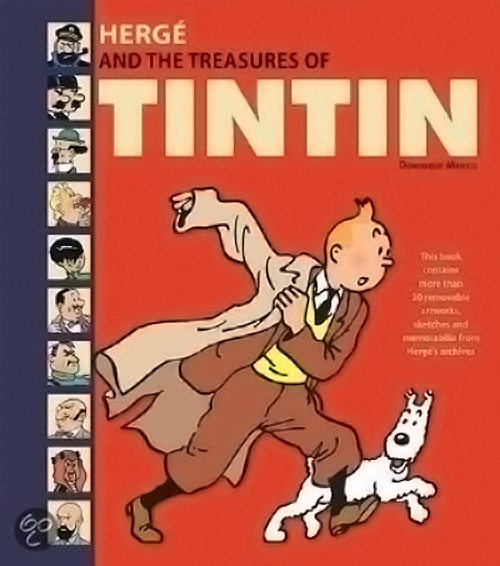 Hergé and the Treasure of Tintin

This last volume isn’t concept art for a movie—it’s for a comic book. Tintin is nothing new: the comic first appeared in a newspaper in 1929, and Hergé died over three decades ago. But Tintin has still been going strong, with kids (and adults) all over the world still interested in the adventures of this intrepid reporter and his clever dog, Snowy. (You may have seen the animated film in 2011, The Secret of the Unicorn.)

I haven’t read all of the Tintin books, but I have read quite a few of them, and I’ve found them pretty entertaining, even if they’re a little dated. Racial stereotypes abound, and the content is sometimes surprising compared to kids’ comics of today. However, the sheer amount of text and dialogue in a Tintin comic makes it almost comparable to a prose kids’ book, which makes it great for reluctant readers. 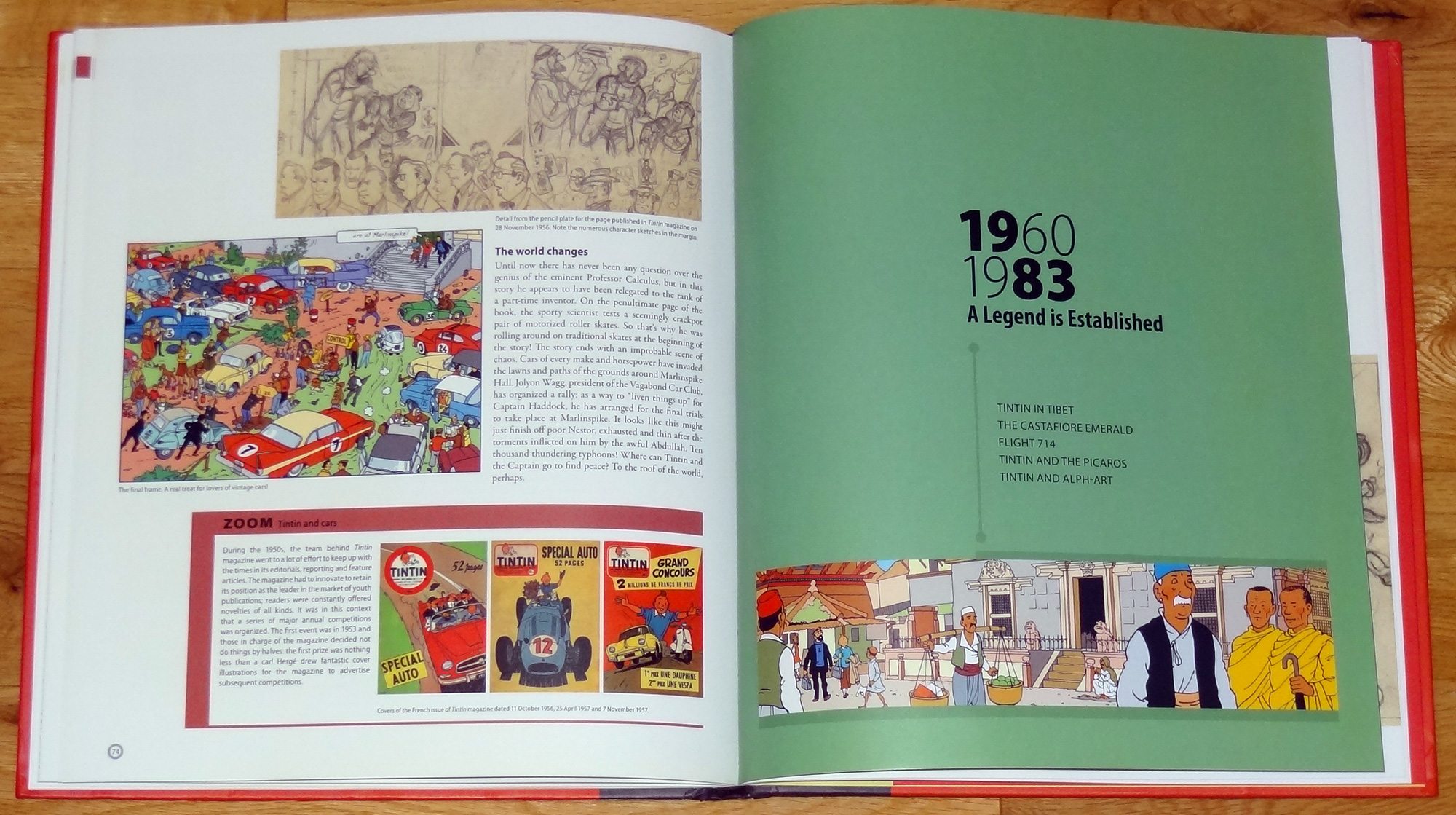 Hergé and the Treasure of Tintin takes the reader on a journey through the fifty-plus years of Tintin, story by story, with plenty of stories about Hergé and details about the real-life events that inspired the comic. The various things that pull out of the book are a fun touch, though with the large-format I don’t know that they’re entirely necessary. This is definitely a fun book for those who want to learn more about the man behind Tintin.

Hergé and the Treasure of Tintin is available now from Goodman, and retails for $49.95.

Finally: two books that I haven’t seen myself but am very interested in are The Art of the Book of Life (Guillermo Del Toro’s upcoming film looks amazing) and The Art of Big Hero 6 (my kids and I can’t wait for the movie to come out). 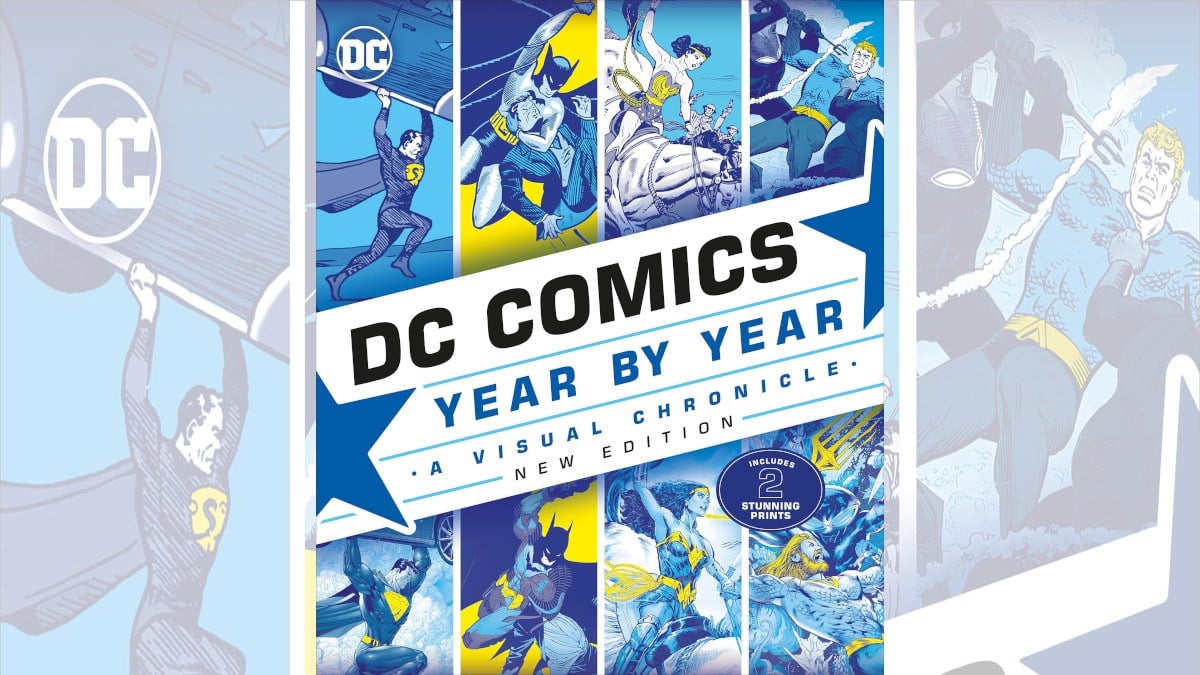