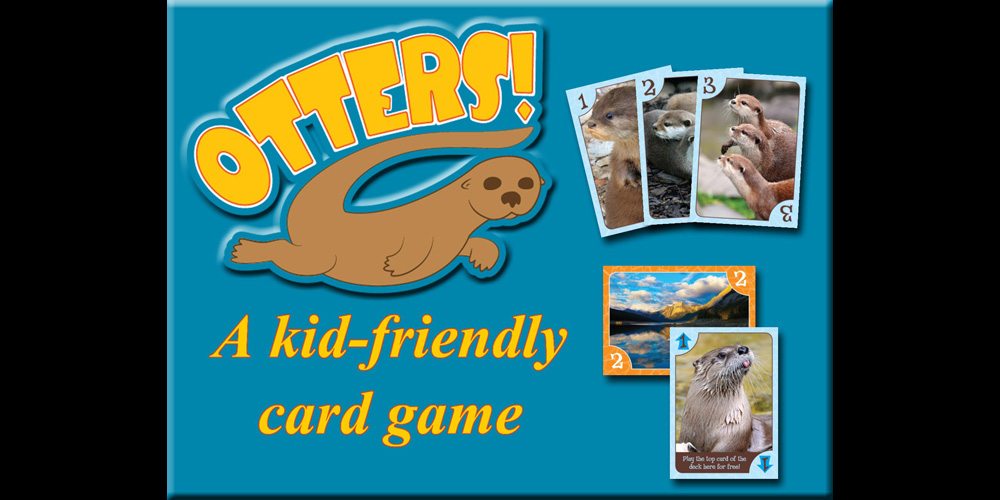 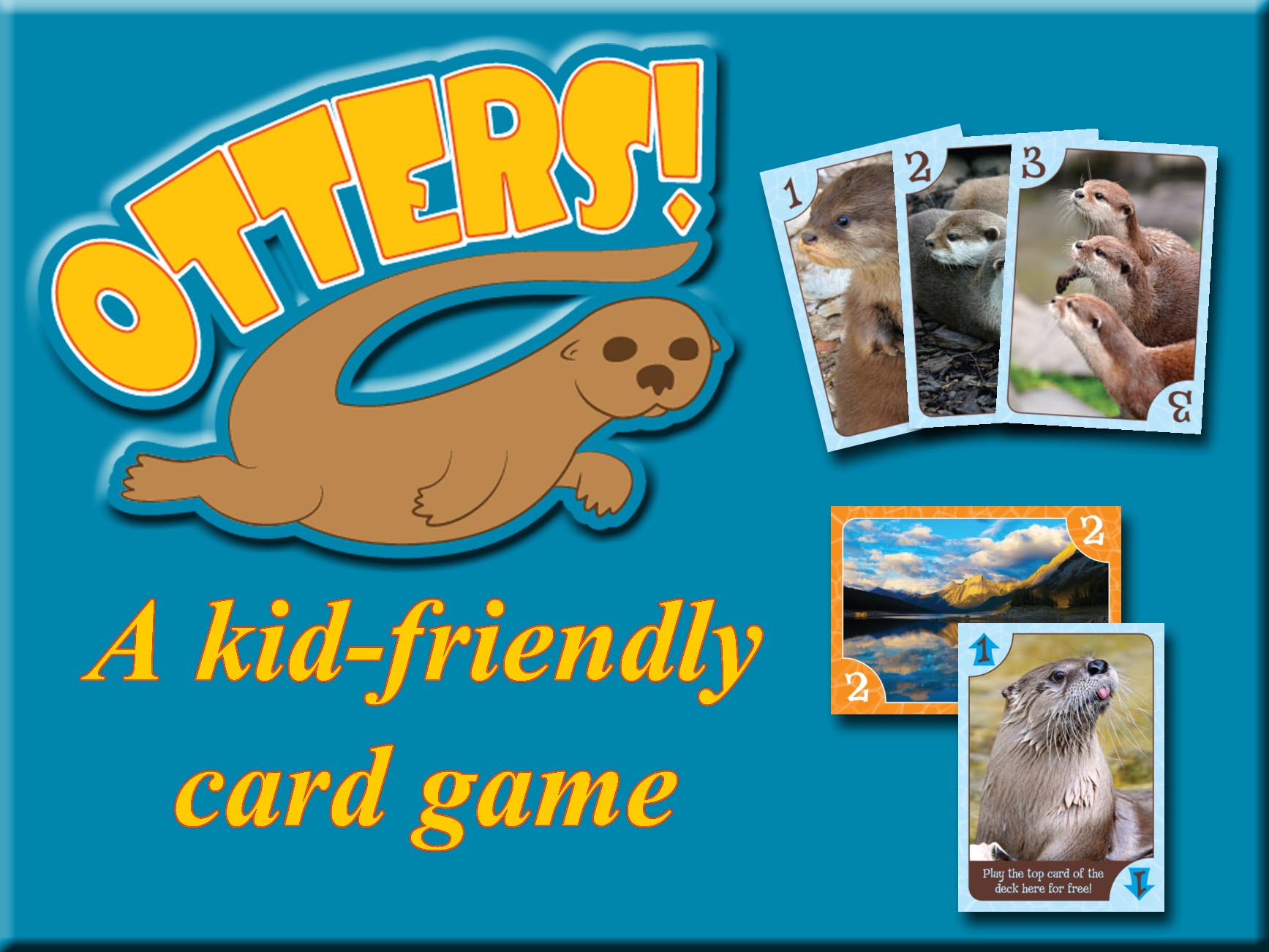 You know what you’ve been missing from your gaming sessions all this time? Otters. Now, you might not have realized it, but as soon as you try Otters, a new game from Michael Iachini of Clay Crucible Games, you’ll wonder how you’ve gone so long without adorable photos of otters on all your cards.

Ok, in all seriousness, look at those cute widdle noses! … er, excuse me. Otters is a game for 2 to 4 players, takes about 10-20 minutes to play, and is suitable for younger kids (with some reading and addition required). You can get a single deck for a $12 pledge, or add a second deck for $9 (more on why you’d want to do that later).

Components: The Otters deck is 53 cards: 9 playground cards, 41 otter cards, and alligator cards. The playground cards have a different colored back to make them easier to separate out from the rest. The cards are printed by DriveThruCards and are fairly nice, but I did find them a little slippery when shuffling. If the campaign is really successful and results in a very large print run, the game may be produced by a different manufacturer so the quality may change.

There are three different colored borders of backgrounds, three cards of each color, and they are numbered 2 through 10. The otter cards are numbered 1 to 3, and some of the 1 cards have additional effects on them.

Note: a single deck allows you to play with either 2 players or 4 players in teams. For a 3-player game or a 4-player individual game, you’ll need two decks of cards.

You can get the rules (which are printed on 3 cards) or a free print and play PDF here.

You shuffle all the playground cards and lay out three on the table. The rest of the cards (the otters and alligators) are shuffled together and every player gets a hand of 4 cards.

On each turn, you must play two cards to playgrounds—the same playground or two different playgrounds. If the total otter count equals (or exceeds) the number on a playground, then you take that playground for yourself and discard all the otters. You draw back up to 4 cards.

Some of the otter cards have special abilities: play an extra card this turn, play the top card from the deck to the same playground, or move an otter from another playground to this one. The alligator cards prevent other players from playing any cards on a playground until your next turn.

The game ends when all the playgrounds have been claimed. You get points equal to the value of the playgrounds. In addition, if you have all three of a color of playgrounds, you get five bonus points. That’s it!

The rules vary slightly for three or four players, but it’s pretty similar.

Everyone I’ve played Otters with is immediately captivated by the photos of otters on the cards. It’s just unavoidable. I know one of the stretch goals is to replace the photos with custom illustrations, but I’m not entirely sure how you could beat these photos—mostly I just wanted a greater variety of photos. Still, I can see how the game may look more professional with illustrations. I’m reserving judgment on that for later.

The gameplay itself is reminiscent of SmashUp (which Iachini acknowledges) in that you’re playing cards to various locations, trying to meet the number required in order to win that location card. However, unlike SmashUp, all of the cards at a playground are shared—it’s just the total number of otters, not the number that you’ve played there. This makes it simpler for kids, but it also means that the strategy is different: piling a bunch of otters on the 10-point playground just makes it that much easier for another player to swoop in and take it before your next turn. On the other hand, you have to play two cards each turn, so you’ll need to decide which playgrounds you’re going to help.

The alligator cards are very handy for this purpose—get a playground close to its total and then put an alligator there, ensuring that nobody can steal it out from under you before your next turn. The three special power cards are simple, though they’re only worth 1 each so you don’t get a huge number and a power. I did find myself wishing there were more powers to use, but the three are simple enough that younger kids won’t have to learn a bunch of different powers and combinations.

Overall, while it is a game you can play with adults and it does have some interesting strategies you’ll discover, Otters is a fairly light game, and is probably best for playing with kids. And people who like cute things.

For more information, check out the Otters Kickstarter page. 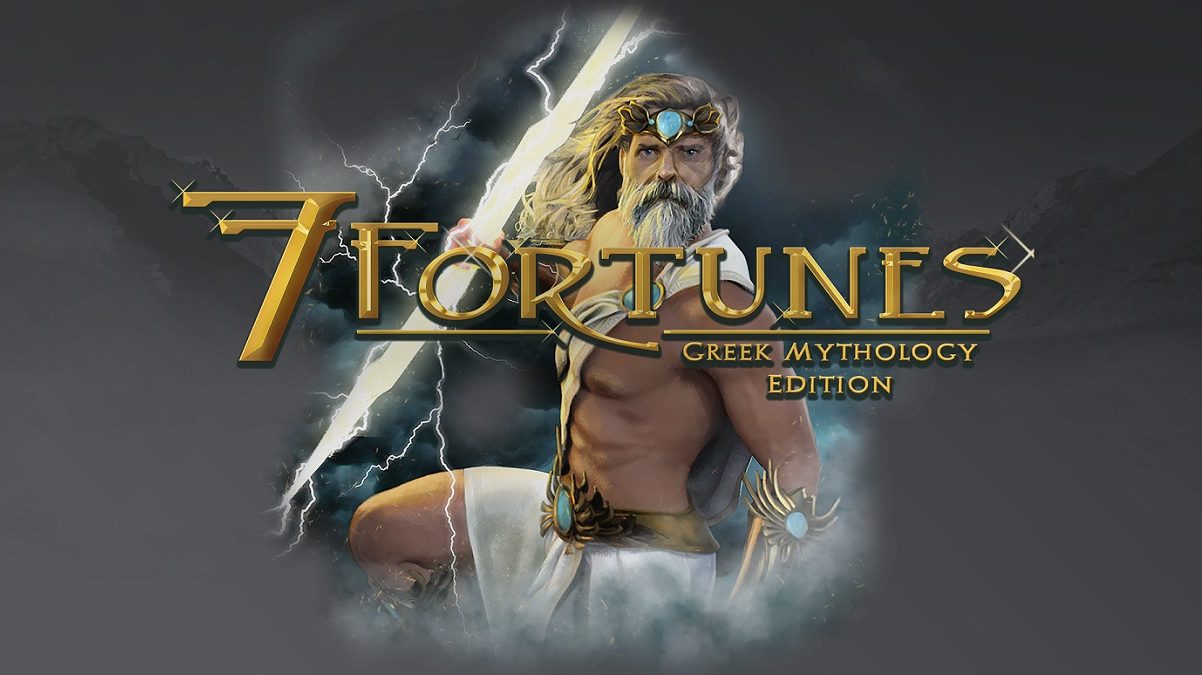