While Nintendo consoles have struggled to find proper third party support over the past several console cycles, their wildly successful handhelds have always managed to attract ample developers. The 3DS is no exception, and its launch lineup boasted some very notable examples of non-Nintendo game properties. Sadly, several of them weren’t exactly top-shelf titles.

EA Sports, LucasArts and Capcom, however, managed to release entries from some of their most beloved franchises alongside the new system. Yet much like Nintendo’s own offerings, these too were a bit of a mixed bag.

Madden NFL Football for the Nintendo 3DS does a solid enough job of capturing the spirit of the Madden franchise, but it is decidedly lacking in the all important wow factor. Calling plays and picking your receiver is easily handled via the face buttons, and the GameFlow system even provides a little hand-holding for newbies using a simplified play set and a touchscreen interface. On the surface this makes for fun, fast-paced football on the go, but the problem with Madden NFL is that it doesn’t do much beyond that.

Season mode plays like nothing more than individual games tied together with some nominal stat tracking, and no matter how you tweak your user settings the player AI never seems to gel. Sure, you can meticulously leaf through potential plays trying to craft a rock solid strategy, but most of the time a quick charge up the middle will provide maximum yardage with minimum fuss.

I haven’t been a regular Madden gamer in years, but even I was a little letdown by the miniscule depth of this 3DS outing. Visually it doesn’t do anything spectacular with regard to the standard or 3D-enabled graphics, and the licensed music, commentary and crowd reactions get recycled often. With four modes of play (5 on 5, 11 on 11, Practice Mode and the aforementioned Season) Madden NFL Football fancies itself a fully featured handheld iteration of the series, but it simply comes off as a bit flat.

At its core, Madden NFL Football feels like an iOS game despite its premium price. It’s amusing enough for a portable sports title played on a smartphone, but just doesn’t fly on a dedicated handheld gaming system. If you’re positively itching for a football title on the 3DS it will certainly suffice, but don’t expect to be blown away. LEGO Star Wars III: The Clone Wars plays identically to every other Lego title you’ve experienced in recent memory with a well-known license attached (Harry Potter, Batman, Indiana Jones, etc.), but just because it doesn’t break the mold doesn’t mean there’s not ample fun to be had. Fans of the television series will certainly get the most out of the game, but any Star Wars fan or devotee of Lego will appreciate the subtle charm of this 3D platformer.

Unsurprisingly, you work your way through the titular Clone Wars solving puzzles by toggling control between squad members and collecting studs, mini-kits and red bricks which are in turn used to unlock additional player characters and mini-games. All the traditional LEGO Star Wars tropes are unaltered, from Jedi powers to the ability to build your own minifig, and they remain as enjoyable as ever. The true polish, however, comes from the 3D visuals.

From the stunning scale of the game’s humorous cut scenes to the subtle but wholly effective level of depth afforded its in-game use, LEGO Star Wars III: The Clone Wars strikes me as the best use of the system’s 3D capabilities to date. As odd as it sounds, the game truly manages to capture the look and feel of vibrant alien worlds composed entirely of Lego bricks.

The controls are tight, the roles of different player types are clearly defined and the gameplay is accessible to fans of all levels. If anything this is the game’s biggest drawback; those looking for a challenge won’t likely find one here. With that forgiving Lego character-death-is-merely-a-mild-hindrance system and hidden content that is barely so, it’s fun for kids but often too simple for grown-up gamers. Likewise, the general lack of the kinds of epic, large-scale battles provided in the console version makes the 3DS iteration seem less substantial, but such is often the trade-off for handheld gamers. The big winner of the 3DS launch lineup has got to be Super Street Fighter IV: 3D Edition, despite the fact that the game’s use of 3D isn’t always mind-blowing. It adds a nice level of visual depth in standard mode, but the showcase over-the-shoulder Dynamic Mode really distracts from the majesty that is traditional Street Fighter gameplay. Such gameplay is truly where this title shines.

Super Street Fighter IV: 3D Edition is a faithful handheld interpretation of its console big brother that actually plays like a proper fighting game despite its diminutive size. The fluid movements and immersive (if sometimes corny) sounds of SSFIV survived the transition intact, and, though arcade purists certainly won’t be satisfied with the controls, the 3DS circle pad helps make it the portable fighting experience to beat.

The four face/two shoulder button configuration can get a little hairy at times, so Capcom implemented the much talk-about Lite control mode whereby complex attacks can be mapped to the touch screen. To their credit, a Pro mode was also included that allows the distinctly hardcore among us to enter those combos manually.

Though background animation was sacrificed along the way, this 3D Edition is unmistakably Super Street Fighter IV. Scores of fighters, alternate costumes and training mini-games abound, and a list of character moves is never more than a pause screen away. Online matchmaking is also streamlined, breaking Nintendo’s unfortunate streak of convoluted multiplayer strategies. Arguably its most interesting competitive mode, however, relies on the StreetPass system.

Character figurines of differing levels and stats are unlocked by cashing in Game Coins using Street Fighter‘s Figure Slots. These figurines can then be assembled into a team that will fight against those of other SSFIV:3D owners when the players’ systems encounter each other in Sleep Mode. Figurines can be traded between users and the statistic points of individual character figs reassigned, thus allowing for further customization. Capcom also routinely pushes through system notifications containing codes to unlock rare figurines, which is a nice change of pace from a company infamous for its pricey DLC.

Pound for pound Super Street Fighter IV: 3D Edition is likely the best value on the 3DS. Not only does the game look and feel much like its console iteration, it actually makes proper use of most of the system’s unique features. The downside, of course, is that it is strictly a fighting game that won’t appeal to those not already drawn to the genre.

While the 3DS Madden experience lacks a bit to be desired, both LEGO Star Wars III: The Clone Wars and Super Street Fighter IV: 3D Edition have proven excellent additions to my gaming library. The Clone Wars has doubtlessly monopolized my play time, but Street Fighter is by far the superior title. I’d even go so far as to call it the closest thing to a 3DS must-own currently on the market. From its feature set and handsome graphics to its robust multiplayer support, it currently stands out as the technological high water mark for 3DS software. 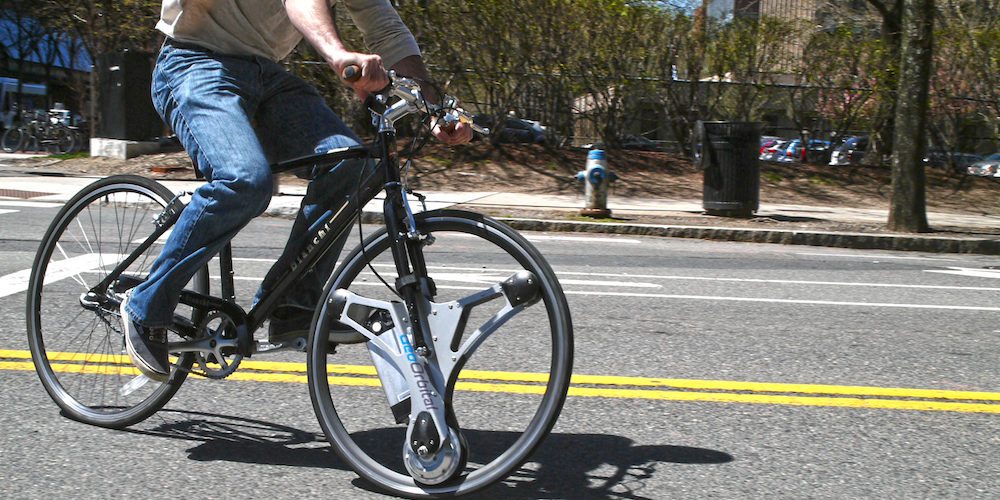 GeoOrbital Wheel is TRON for Your Bicycle