I met a lot of people and saw a lot of cool things a few weekends back while at Maker Faire in San Mateo, California. I also spent way more money than I should have on a lot of electronics components and books and gifts. But it was an enjoyable event, and I learned a lot of new skills. (Seriously, Maker Faire’s speaker events are just beyond compare — five different stages with experts and self-taught-hobbyists showing off their stuff and sharing the details with anyone wanting to duplicate their work.)

During the last few hours of the event, I was doing my final walkthrough of the Expo Hall where the majority of vendors and booths are located and I found myself stopping at one particular booth (sewn up by his daughter, Meg, and based on the Bioshock Infinite game’s arcade design — cool!) where kids were having some real fun. Because I’m teaching a beginners’ electronics camp in just a few weeks, I was on the hunt for anything new and interesting to possibly add to electronics projects I want to share with the kids. And I found something… from Senseless Devices.

Owner Widar Hellwig, dressed in a lab coat, was selling both DIY kits (non-soldered) and ready-made kits (soldered) for his IR Gun and IR Target circuits. Kids were pointing these amazing little PVC guns at a bunch of really fun and interesting targets on some shelves and triggering lights, buzzers, spinners, and much more. And the first thing that popped in my mind was a homemade IR Tag setup similar to a laser tag rig.

Widar offers up the complete schematics on his website — an amazingly short list of components is all that’s needed for you to create your own IR Gun and IR Target circuits. Thankfully, Widar was selling some pre-packaged kits, and I bought two of each, one for each of my boys, but Widar was also very generous and tossed in a couple of free unassembled baggies of parts so I could build a few more guns and targets. Thank you, Widar!

As you’ll see in some of the images below, Widar will be offering up many ideas for creating a series of targets that contain the IR Target circuit. Add in your own motors, buzzers, and other gizmos, and you could create a nice collection of unique ways to let a player know he or she hit a target.

Complete instructions are provided for assembling a PVC IR Gun — the instructions are short because it’s such a simple design with its push button trigger, battery holder mounted on top, and the delicate circuit contained inside the PVC.

You’ll be able to see the targets below on the website soon, but Widar gave me a look at some of his ideas and they’re simple in design and will be easy to recreate. Click on the thumbnails below to see the full images. 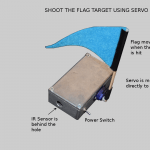 I’ve got a few extra IR Target circuits to solder up, and these will certainly be fun to make, but I’m actually wanting to create an IR Target gadget that my two boys can wear on their chests. I haven’t gotten that far yet, but I have cut the PVC for the two guns and painted them… next will be to drill the holes and mount all the electronics inside. (I’ll try to remember to post a comment with updated photos as this project develops). 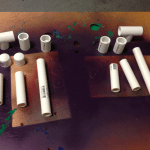 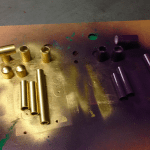 What’s so cool about these circuits are that they are perfect for a wide range of ages. If you’ve got young kids, you can get them to help you cut and paint the PVC gun shell while you do the soldering. But if you’ve got some older kids who are learning to solder or already know how, the DIY kits will give them a great project to build for their own enjoyment. They might even be able to come up with some variations of the IR Gun shell or maybe mount it in a pre-existing plastic gun (NERF blaster, for example).

Keep in mind that IR does reflect off walls and objects, so part of the solution that Widar suggested to me was to place the IR Gun circuit so that a 5-6″ barrel limits the beam out of the gun. For targets, Widar suggested placing the IR Target circuit inside a target container and the IR sensor’s only exposure via a small hole in the container — the IR sensor should not be flush mounted but instead a few centimeters behind the open hole to limit reflection and only trigger with a direct hit. I will keep these in mind as I develop the chest-mounted target that my boys will hopefully enjoy as they chase each other around… and I won’t have to worry about them pointing lasers at one another!

Any other suggestions for the IR Target circuit? I’m all ears…

Note: I’d like to thank Widar and his family for visiting with me at Maker Faire… and for creating such a fun and easy game to create with my kids. It’s no wonder that the booth was awarded an Editor’s Choice Award given how busy the arcade was with all the kids (and adults) and how generous Widar is with sharing his circuit designs and ideas with others. 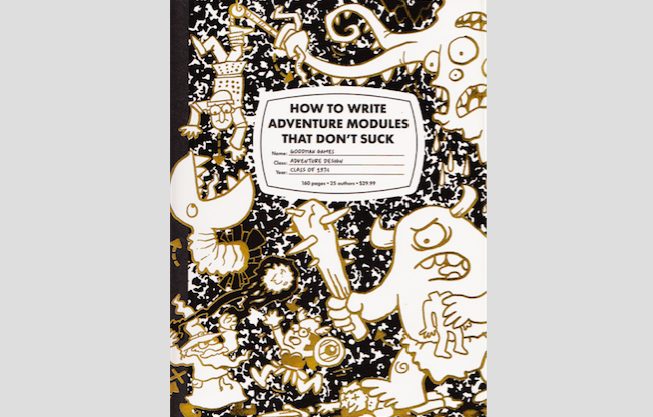 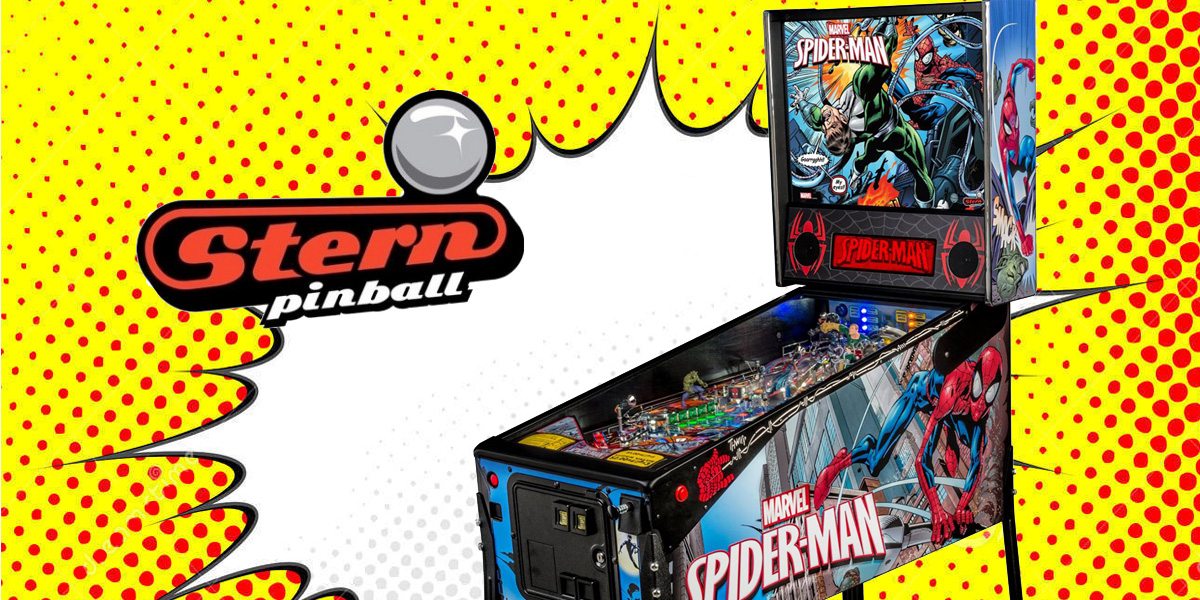 New 'Spider-Man' Pinball: So Nice They Made It Twice