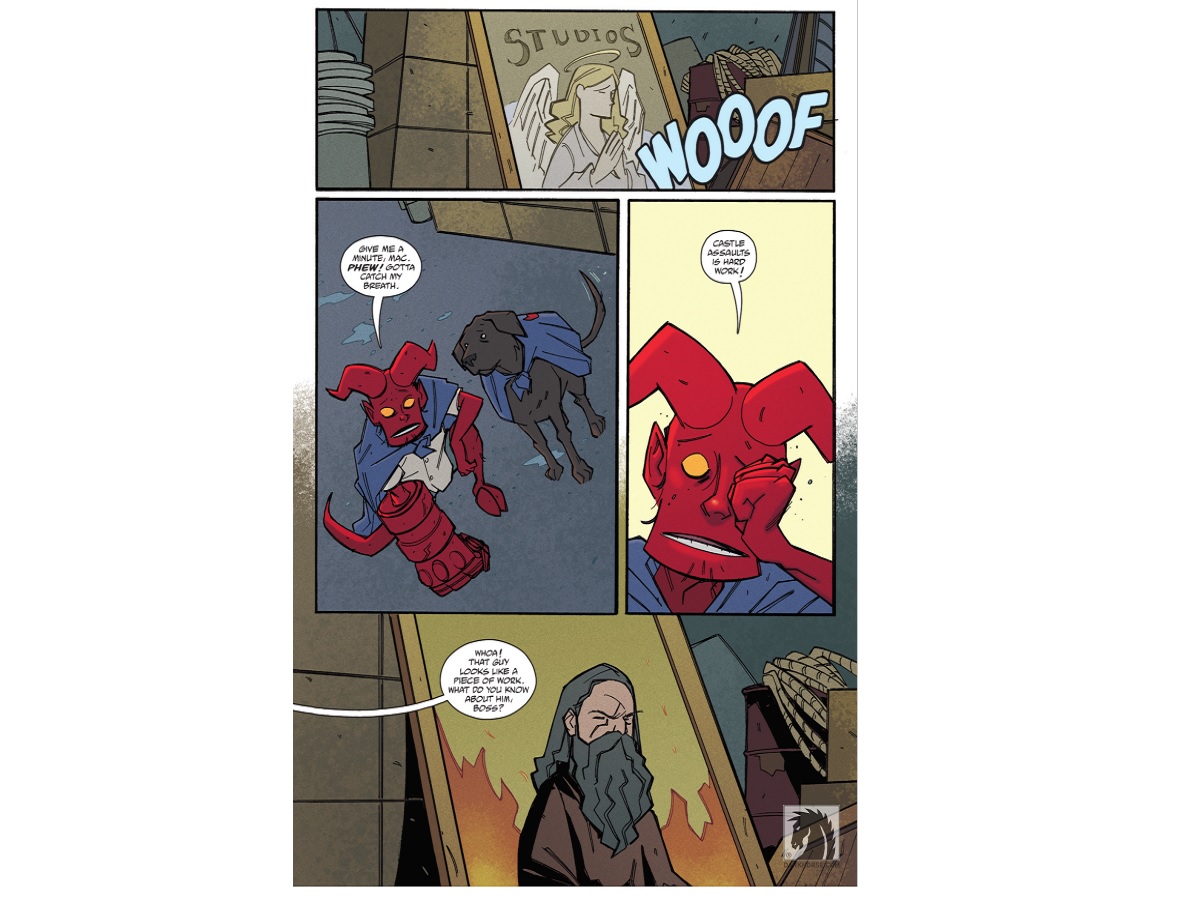 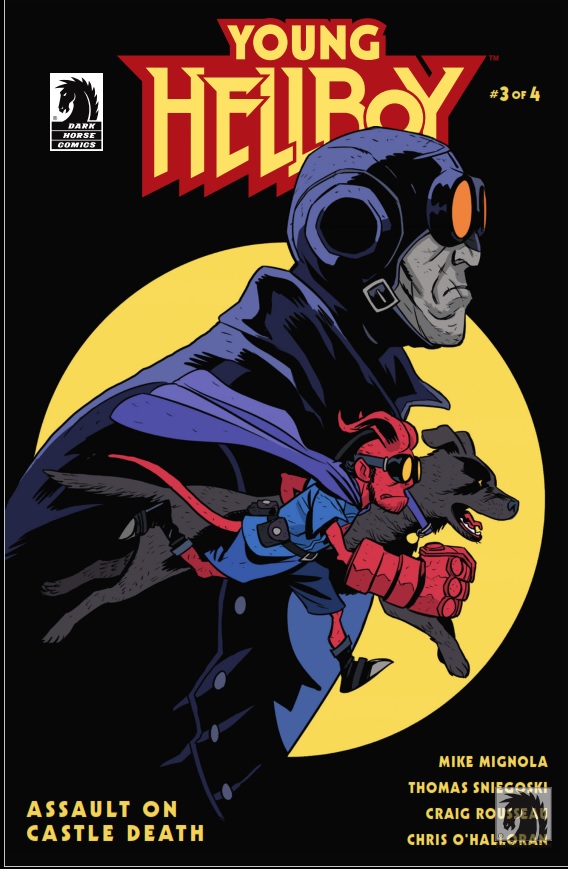 Young Hellboy is in the midst of a fever, and has decided to get up and follow his long-time hero, Lobster Johnson and assault Castle Death as his sidekick: The Scarlet Crab!

It is a lucky break for him because his dog Mac is by his side and the fever might help him run away from the real peril that is haunting him in the corridors of the B.P.R.D.: a member of the Brotherhood intent on killing him and whoever tries to protect him.

The castle is in fact a storage unit filled with weird stuff, and boy, the stored items do not mix well with the feverish story young Hellboy has worked himself into. I would love to see weird artifacts like these displayed in the Museum of the Occult. 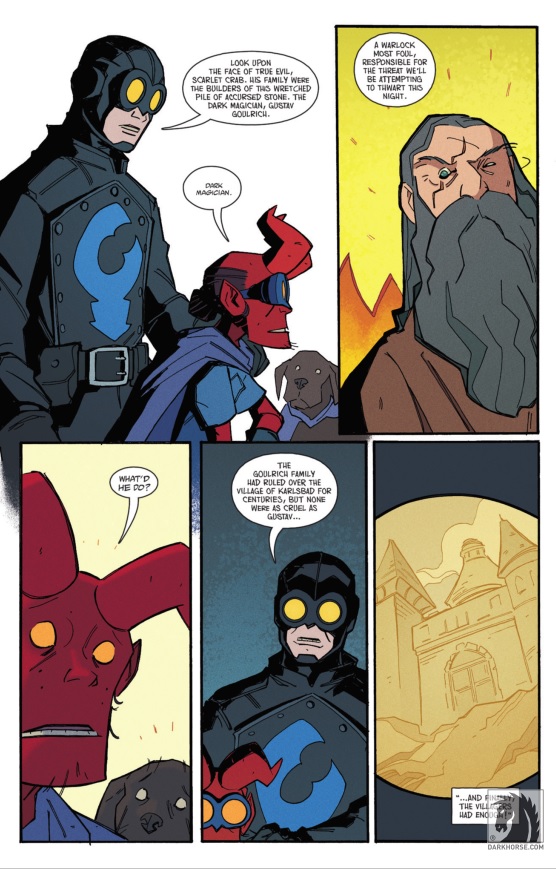 I love the fact that he is still not out of his daze and how Lobster Johnson pep talks to him, the kid is feeling tired and sick, but you know what?

Evil never takes a nap, nor does Lobster Johnson! 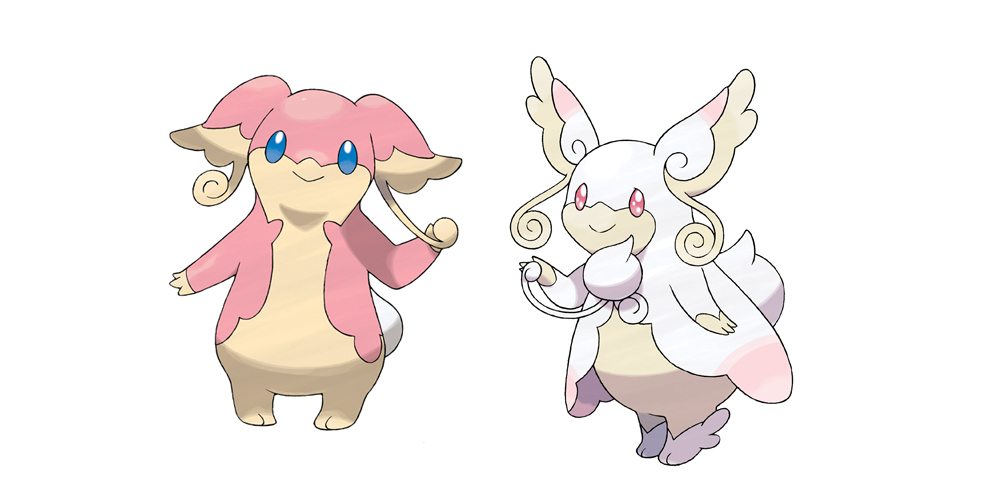