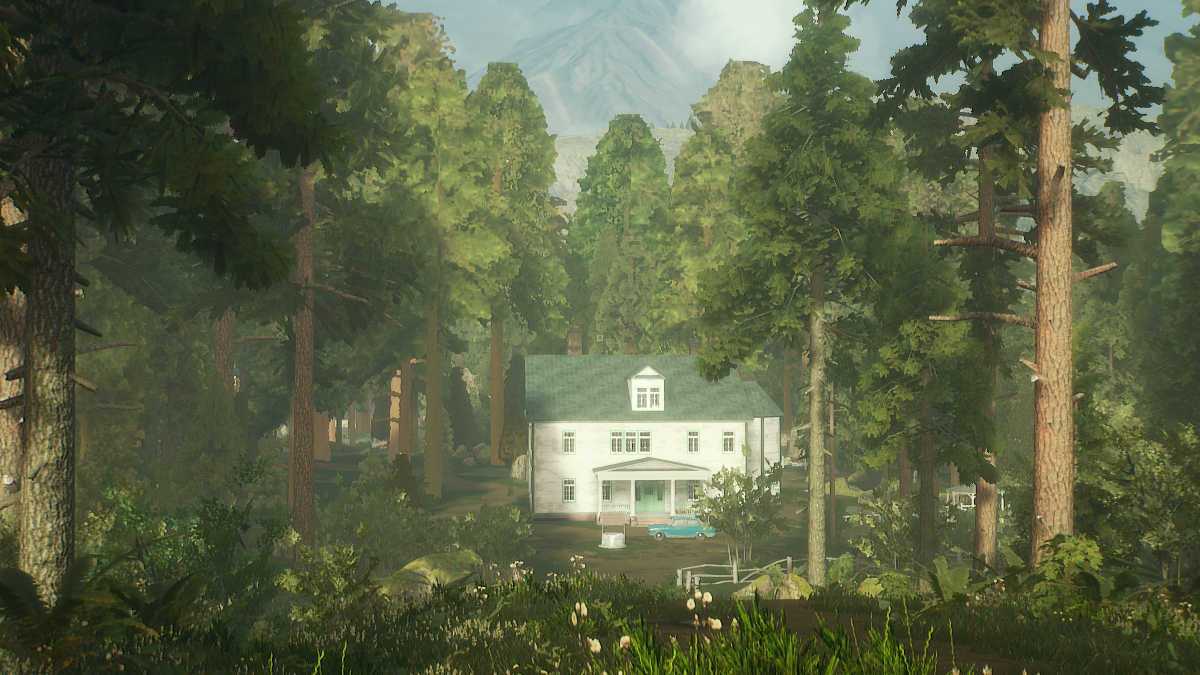 In England, it is customary to tell a ghost story at Christmas. Taking that into consideration, The Beast Inside by Illusion Ray Studios and published through Movie Games AE out of Poland may be the best way for you to celebrate that time-honored tradition.

If you have read any of my previous reviews, you know that I am a bit of a horror addict. Though I am more inclined to fast-paced action gaming, I do enjoy a little slowed down investigating like in Layers of Fear. To be honest, Layers of Fear was the gateway to my interest in this game in particular.

The Beast Inside began its life as a Kickstarter project making a respectable $63,000. Most indy games with this type of budget are very limited in size and extremely limited in graphics and gameplay. The Beast Inside is not limited in either… not remotely. Using the technology of photogrammetry, they were able to scan an entire home and bring detail and depth to your PC screen. Playing it at high resolution in a dark room with some headphones is almost a must to get the full experience. That experience you will find to be mysterious and horrifying!

The story revolves around Adam and his wife Emma who are moving into a family estate in 1979. Adam is a cryptographer working for the government during the middle of the Cold War. Unbeknownst to Adam, the ghost of Nicholas a family member from the 1800s is still inhabiting the house and looking to solve a murder over a hundred years old!

You play as Adam primarily during the daytime hours and solve puzzles and codes, while in the nighttime hours you play as Nicholas and have to escape some serious frights. Both men are locked into a struggle to find out the shocking truth at the end of this mystery.

Enter the insane world of war intrigues and detective secrets, combat against the paranormal enemies and fight for your sanity. Discover the story by playing as two protagonists bounded by the dark heritage—Adam, cryptanalyst from the Cold War times, and Nicolas, a mysterious man who lived during the Civil War. The density increases as their histories come to an inevitable crash. Where can it lead to? In a tangled time, who will you trust?

Jumping between 1979 and 1867 reminded me a lot of one of my favorite shows, Dark Shadows. In fact, if there is any developer out there that would like to make a game out of that premise then my check is in the mail!

Getting back to The Beast Inside, this game is a triumph for what a very small indy developer can do. The game is not perfect. There are occasional texture load issues and hiccups here and there, but when you take into consideration that most indy games with this budget are side-scrolling 8-bit platformers (and not good ones at that), you have to give Illusion Ray Studious kudos for offering an almost photorealistic game with few FPS drops. That level of detail with sound design that is good and scary makes it effective for what it is trying to achieve.

The game uses both sophisticated and jumps scares. Jaded horror fans will find the jump scares a bit long in the tooth, but they still work for most people, so I expect jump scares will be in most horror games for a long time to come.

Once again, the time jumps do a great job of breaking up the game so that you are changing perspective enough to never feel bored. This also gives the house a great texture by getting to see it in two vastly different times.

Being a life-long Massachusetts resident, I think the designers really captured the feel of a rural house in New England as well as the tone of the region, if only in small pieces throughout the game. The look and feel is all there without being to over the top.

Dealing with Adams’ cold war paranoia and Nicholas’ Civil War PTSD also add to the depth of this story, giving you much more to chew on other than just creepy set pieces.

The gameplay was solid, and I have to admit I am not the best puzzle solver in the world, so occasionally I would dip into the world of walkthroughs to get me out of a pickle here and there. The game does have a complete, polished feel, and I would love to see further work from these programmers in the future. I hope that with an expanded budget they can make an exceptional AAA piece of work.

To surmise, if you are looking for a spooky and engaging little game to spend your nights wrapped in terror, please go ahead and pick yourself up a copy of The Beast Inside. At only $24.99, it is an incredibly affordable piece of terror that can hold you over until Resident Evil 3 comes out in late spring!

A copy of The Beast Inside was made available by Movie Games AE.

The thoughts represented in this review are my own. 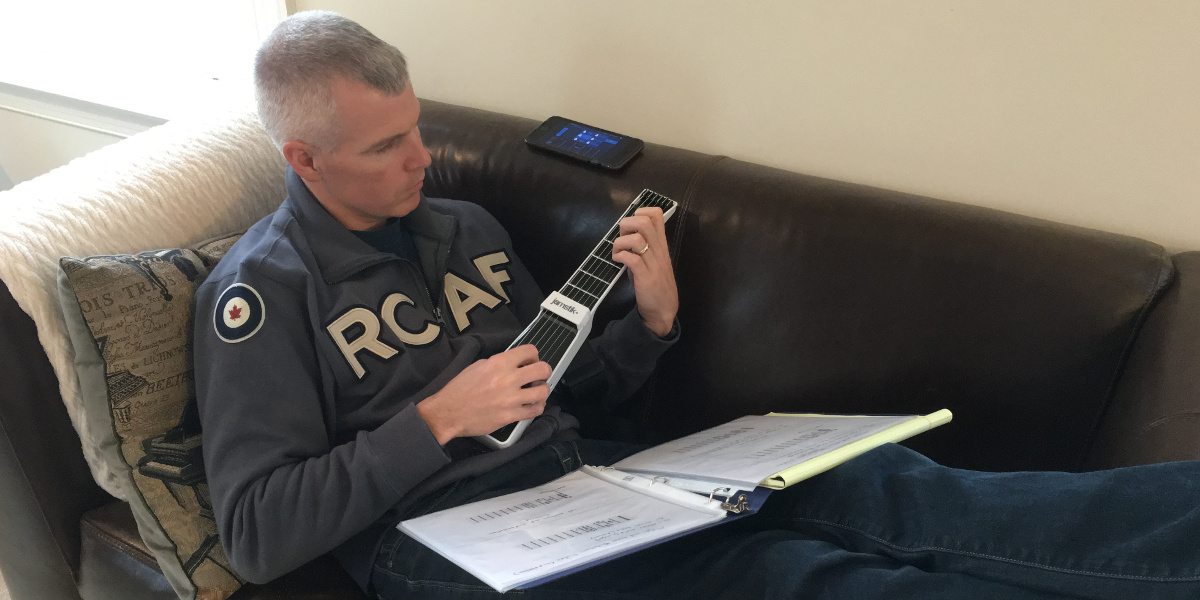 GeekDad Hands-On With the jamstik+ 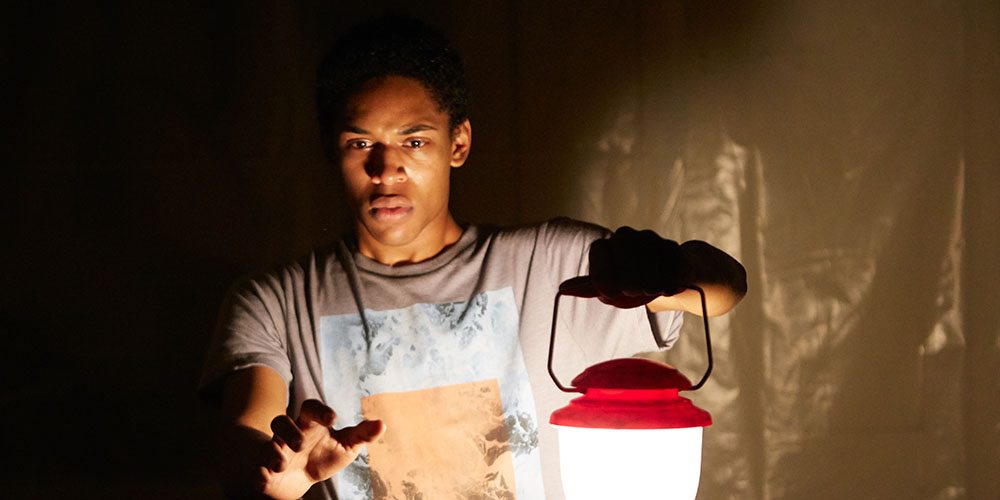 Explore Post-Apocalyptic Parenting in ‘It Comes at Night’