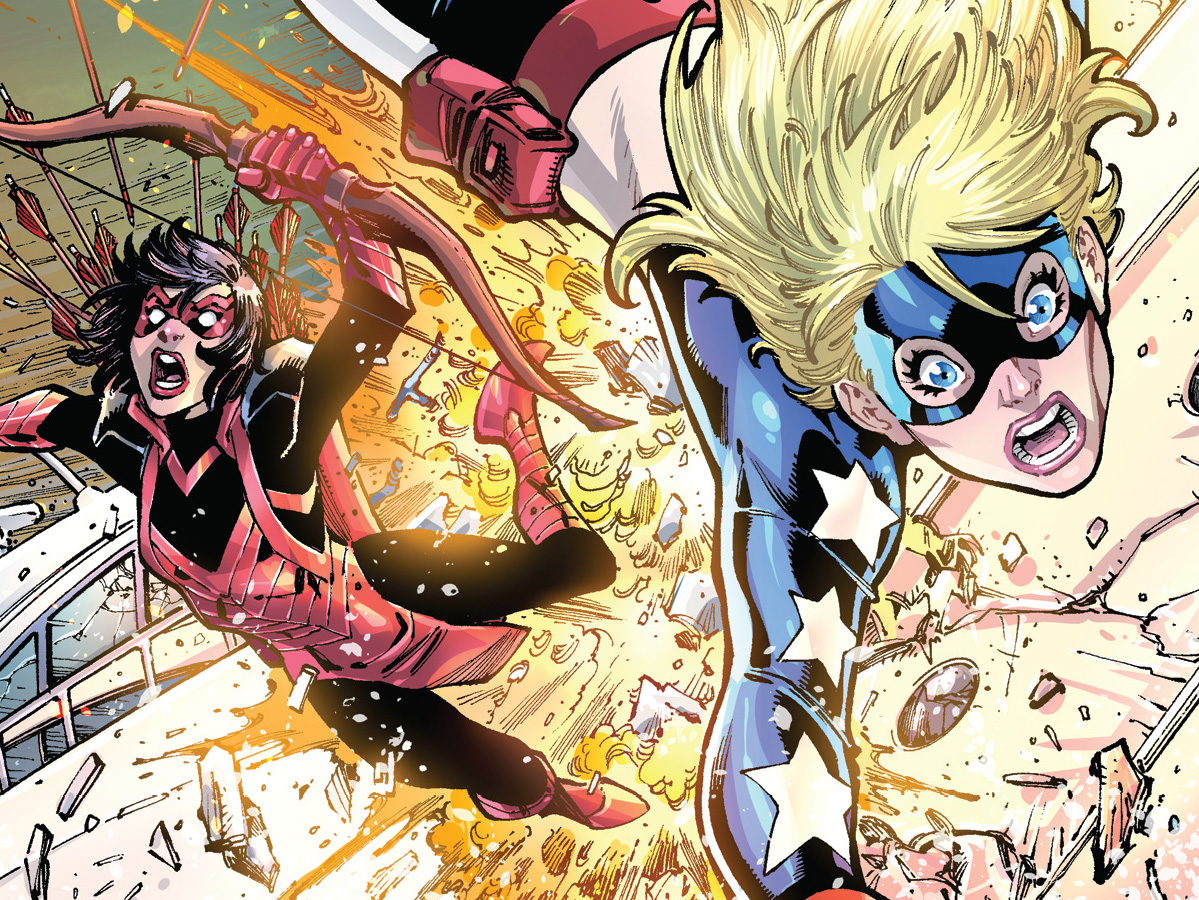 Ray: Geoff Johns has written some of the most epic runs and spectacular events in DC Comics history, so it’s easy to forget that he’s one of the best around at quiet character work as well. That’s the case for this series, which brings the story back to his most personal character—Courtney Whitmore. The young Stargirl has dodged a parental grounding and gone on a search with her friend Emiko Queen to unravel a mystery around missing teen heroes from the 1940s—one that has led them to the Arrow Cave. This leads to some hilarious bits involving Ollie Queen’s odd taste in weaponry, but it’s not long before Emiko comes across something that causes her a lot of pain, and it leads to some amazing catharsis for the character and a great bonding moment between the two young heroes. What’s amazing is that I think this series—including the Spring Break special—is the first time Johns has written Emiko.

After that powerful moment, it’s back to the hunt, and Courtney and Emiko take a boat in the direction of a mysterious island—only to be detailed along the way by the mysterious avatar of a famous missing hero, and find themselves shipwrecked on the island they’ve been searching for. Complicating things more, their communications are no longer working—nor is Courtney’s staff, and it’s not long before some disturbing robots emerge with an oddly specific goal in mind. The mood whiplash this issue is really strong, moving from funny moments to emotional moments to a surprising dose of horror. And we get some big answers by the end of the issue—but they just raise many more questions. I feel like this series didn’t get as much hype in advance as Johns’ new Justice Society of America series did, but so far this is the one that’s probably going to stick with me longer and deliver the more exciting read. 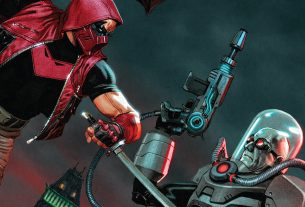 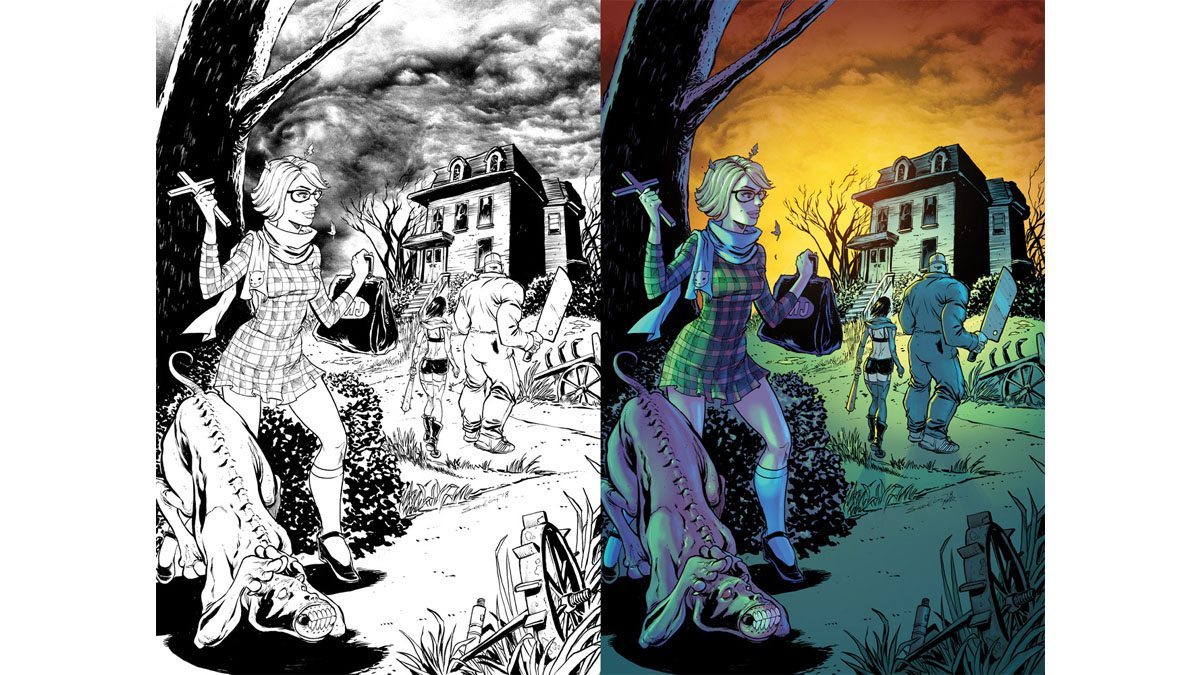