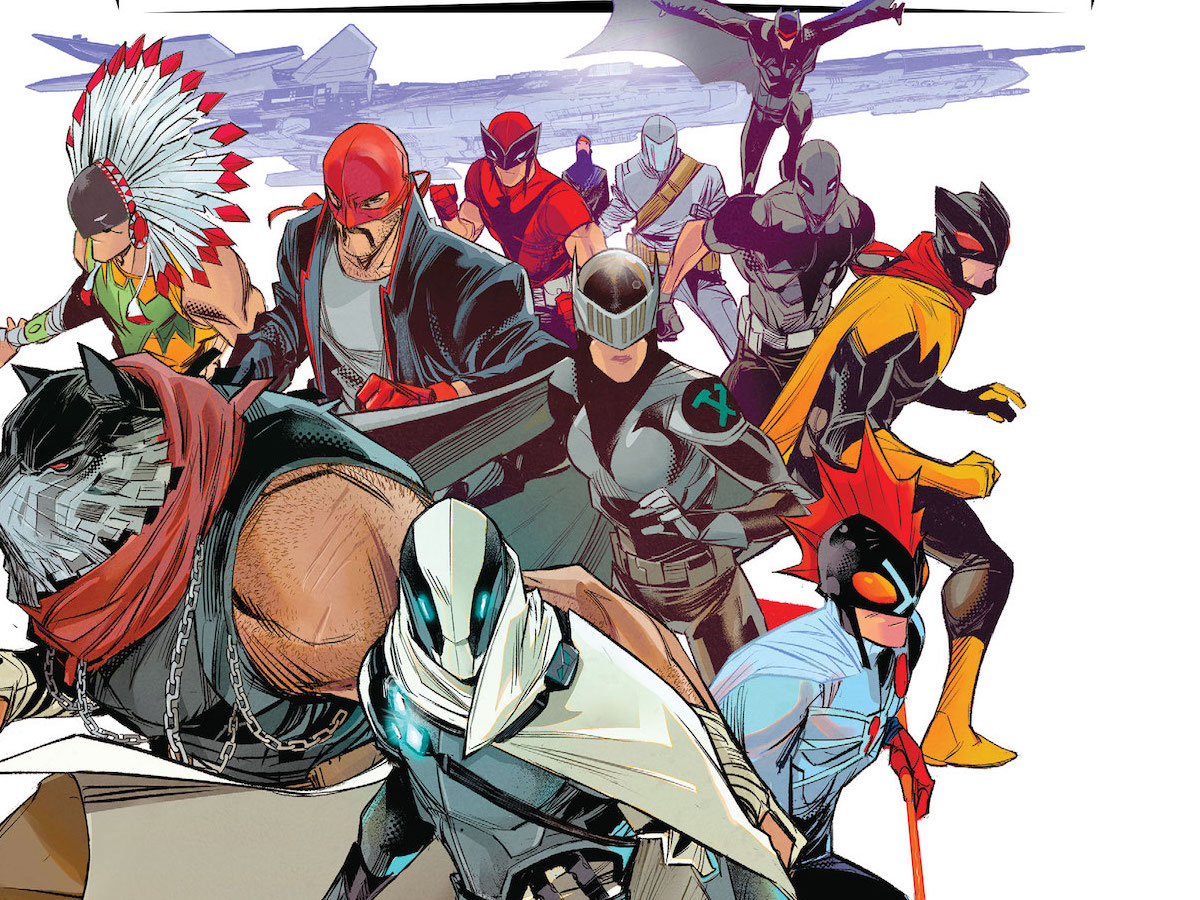 Ray: DC has been doing some great stuff spinning out of Bruce Wayne’s past, and while Batman himself isn’t in this issue, this series feels like the culmination of both Tynion and Zdarsky’s arcs. Ghost-Maker has taken control of Batman Incorporated, with the help of his mentee Clownhunter and the motley crew of international Batmen (including oversized new recruit Gray Wolf). The team is on the track of Lex Luthor’s safehouses, but there’s a much bigger concern. International criminals are starting to show up dead around the world, each one a master of a craft including knifework and car racing—and each is being killed using their own technique. The other thing they have in common? Every single one of them was a master that both Batman and Ghost-Maker learned from years ago—and someone is picking them off. Ghost-Maker is naturally suspect #1—but he’s also the one leading the hunt.

This is a good first issue, action-packed from almost start to finish. I was a little surprised by what a small role Clownhunter played in this issue, being limited to a few lines. This is also a book with a huge cast, and that can make it hard to balance. The Knight, aka Beryl Hutchinson, gets some of the best moments as she tries to convince a surprising guest-star to join the book so she won’t be the only woman on the team anymore. But the plot moves so fast and furious, with one creative death sequence after another, that it’s hard to focus on the characters. This might be a team book, but it’s really a Ghost-Maker book as the sins of his past come back to haunt him. This is also a title that makes the most out of its international setting, with creative deathtraps both against and by the targets. It’s a strong debut, better than the annual that led up to this, and it’s great to see Ghost-Maker not fade away once Tynion left the book.

Review – Batman and the Outsiders #10: Heroes at Odds