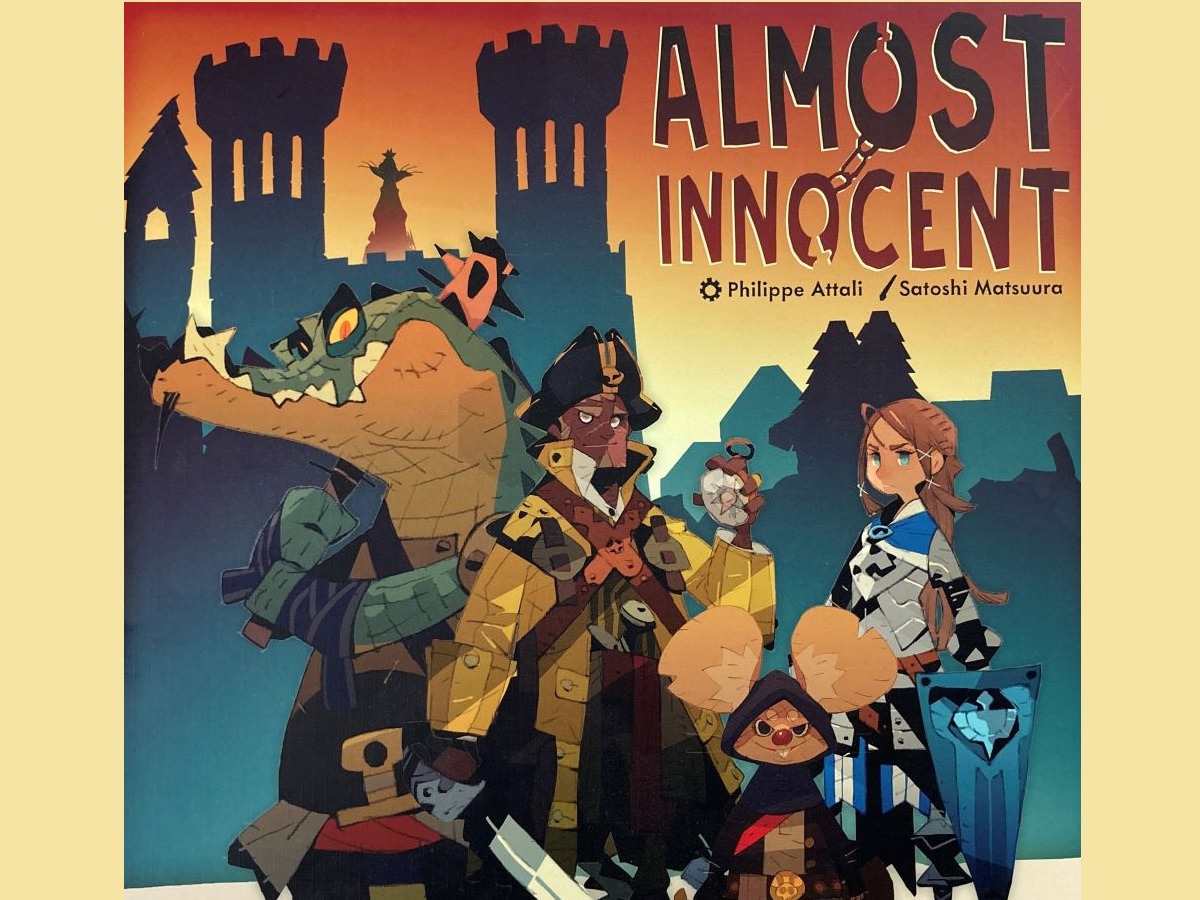 In order to find the lost crown of the Emperor of Oshra, you have joined a party on a heroic quest. Unfortunately, you all drank too much spicy tea at the local tavern and things got out of hand. A series of horrible crimes have been committed and the next morning, you and your party find themselves the chief suspects. You all are completely innocent… right? Together you will need to solve the crimes and identify the real offenders so you can prove your innocence and continue your quest.

What Is Almost Innocent?

Almost Innocent is a cooperative deduction game with a progressive story for 2-5 players, ages 14 and up, and takes about 30 minutes to play. During a game, players work together to help prove each other’s innocence. As they progress across different scenarios, new features and abilities are introduced that add to the gameplay and level of challenge. Almost Innocent is currently seeking funding on Kickstarter, with a pledge level of $30 for a copy of the game. Almost Innocent was designed by Philippe Attali and published by Kolossal Games, with illustrations by Satoshi Matsuura.

Note: My review is based on a prototype copy, so it is subject to change and may not reflect the final component quality.

The five double-sided solution boards let you play 10 different combinations for both the campaign as well as free-play.

The solution cards each have unique clues and are divided into five categories each with a different colored backing. There are cards for Victims, Offenders, Evidence, Locations, and Crimes.

Each player will take a sheet from the notepad and use it to keep track of the clues they are given and then use the grid to try to solve their unique combination.

Ability cards can be used during a game to give each player a one-time use ability that can help them solve their combination.

Almost Innocent comes with a variety of tokens. The final game will include more tokens as some are related to specific scenarios in the full campaign.

The player screens not only hide each player’s notes from the other players, but it also shows all the possible clues for the five categories and has reminders on how to play the game.

How to Play Almost Innocent

The goal of the game is for each player to find their own unique solution by working together as they ask questions of each other.

Players start off by selecting a scenario from the scenario guide. Since each scenario builds on previous scenarios, it is suggested to start at the first and work your way through the story campaign at your own pace. Next, select a difficulty level. Each scenario can be played at Easy, Standard, and Master levels. Place the solution board called for by the scenario in the center of the player area. Now prepare the number of investigation and Almost Innocent tokens according to the level of difficulty. Give each player a note-taking sheet from the pad, a player screen, and a pencil. Divide the solution cards into six stacks based on color/type. Now each player draws one card of each color and secretly takes note of the solutions on the grid found on the note-taking sheet. They also note the position of No Clue tiles which have an image of a character behind bars. As you progress through the scenarios, new gameplay features and components may be added during setup. Finally, select a player to go first and give them the active player token.

When players draw their five solution cards at the start of the game, these cards make up the solution for the player on their left and must help this player find their secret combination. However, they are not allowed to show these solutions to the other player or even give hints except by responding to specified questions while spending investigation tokens. At the same time, each player is trying to find their own combination which is known only by the player to their right.

Almost Innocent is played in turns. The active player starts a turn by selecting an investigation token, placing it next to a column or row on the solution board, and asking one of two possible questions:

The player to the active player’s right then answers the stated question with either a number (from 0 to 5) for the first question or a yes/no if the second question is asked. Each player then takes turns answering the same question for the player to their left. This allows all players to get their own answers for the one question. Players take notes on the information revealed to them by the player on their right. Once all players have answered the question and taken notes, the active player token is passed to the next player and a new turn begins. Once an investigation token is placed on a column or row, no other tokens can be placed on that column or row.

The game ends when the players have used up all of their investigation tokens. They must then attempt to solve their combination of clues. While the players may decide to solve sooner, they must all solve at the same time and only have one attempt to solve the game. During this phase, players take turns announcing their suspected clues by type. For example, the first player announces their suspected Offender and the player to the right informs them if they are correct. Each player in turn announces their Offender. They then continue through the remaining four types of cards following the same procedure. If an answer is not correct, the players lose an Almost Innocent token. The incorrect player must then take the information learned by the negative response and make another attempt. If the players are able to determine all of their solutions, they win. However, if at any time during this phase a solution is not correct and there are no more Almost Innocent tokens remaining, then the players all lose the game together. It is important to note that Almost Innocent tokens do not let players skip or reveal a clue. They just provide another attempt at finding the solution.

Why You Should Play Almost Innocent

Almost Innocent offers a unique take on traditional deduction games by having players work together to solve the crimes. I only had the opportunity to play through the three scenarios of the Prologue Campaign, which started out with only having four of the five clues as solutions in the first scenario, adding the fifth in the second scenario, and then introducing a new feature called modules in the third scenario. Scenarios can call for one or more of the several modules. Some limit the types of questions that can be asked. Others provide abilities players can use to help them solve their combinations. The cooperative nature of Almost Innocent sets this game apart from many other deduction games. In fact, instead of trying to prevent others from solving the game, Almost Innocent instead encourages players to work together. When asking a question, you not only want to try to solve your own combination but also help others to solve theirs as well since you either all win or all lose together.

I really like the way the scenarios in Almost Innocent not only increase in difficulty as you progress but also add new features and challenges that make the game more interesting. I can’t wait to play the final game! If you are looking for a quick playing game that adds something each time you play and really requires players to come up with cooperative strategies, then be sure to check out Almost Innocent.

For more information or to make a pledge, visit the Almost Innocent Kickstarter page! 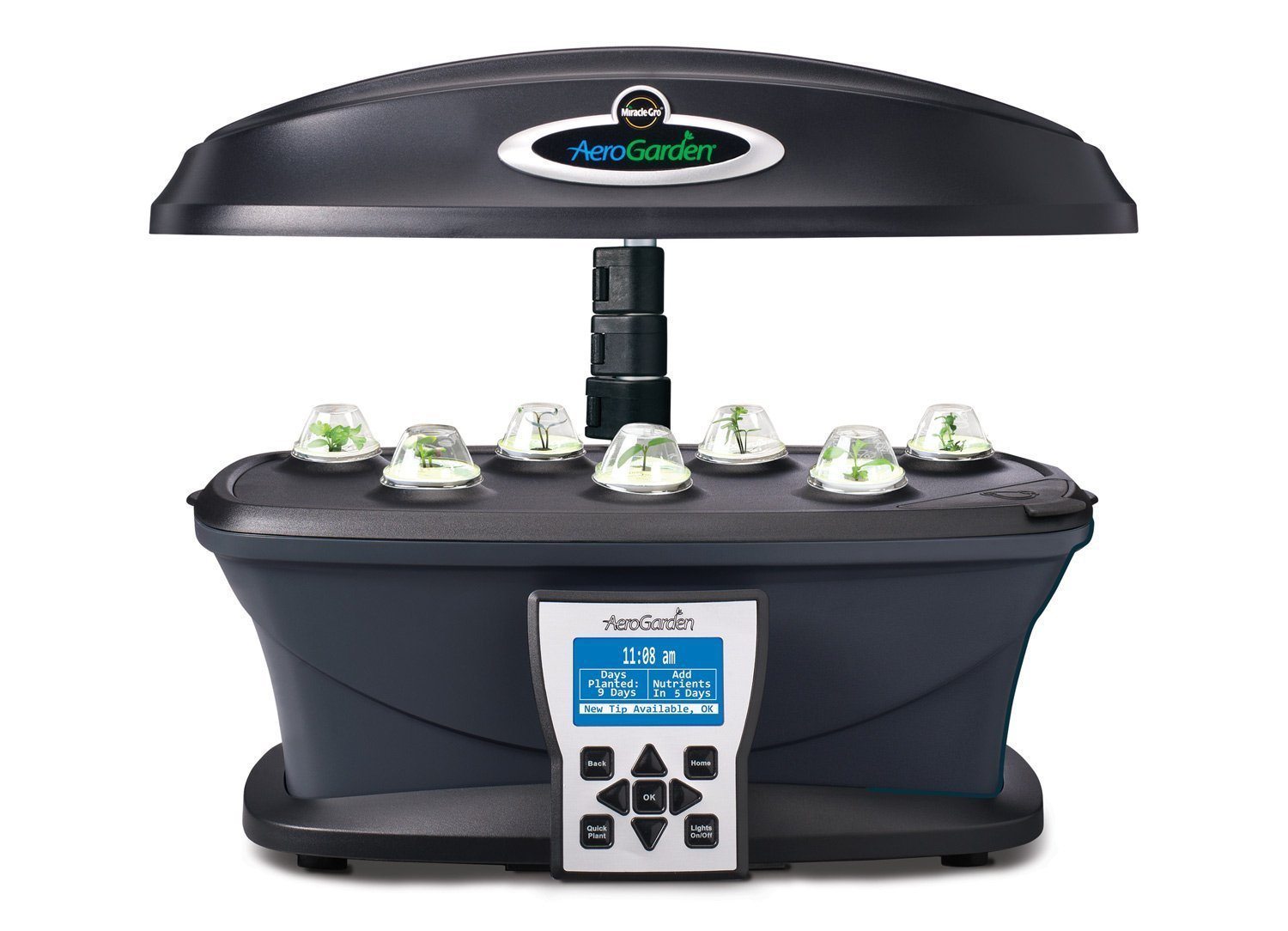 Take Your Green Thumb Indoors With the Areogarden Ultra 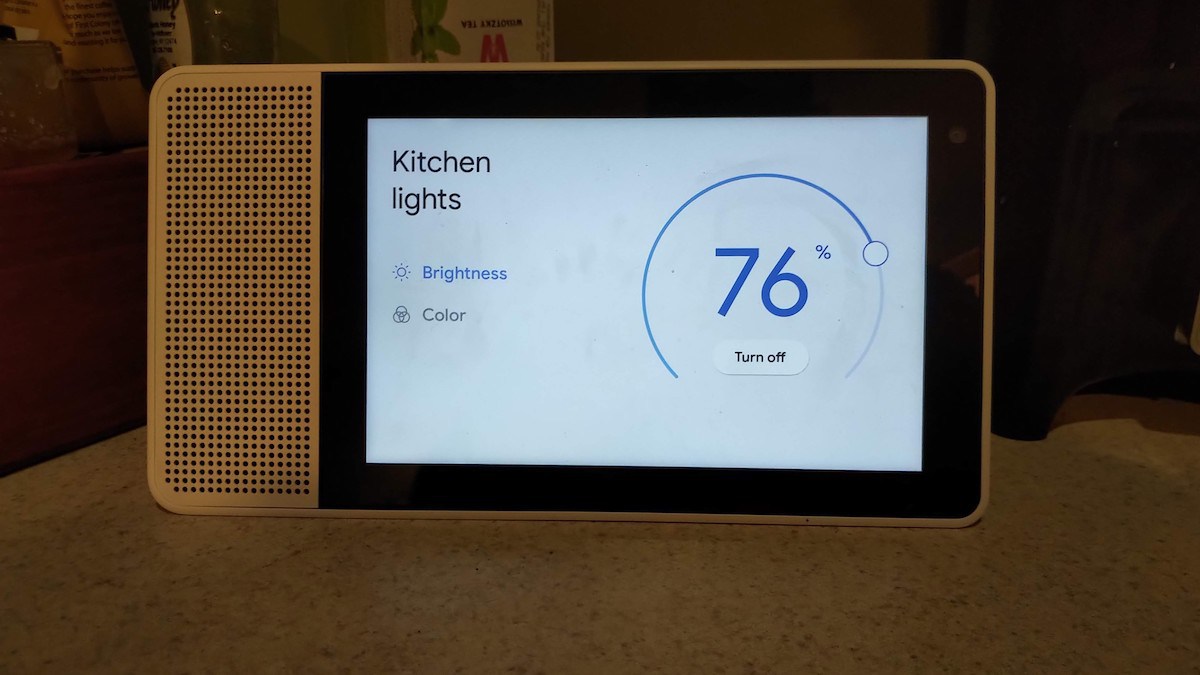 Review: 4 Reasons the Smaller 8″ Lenovo SmartDisplay Is the Bigger Hit