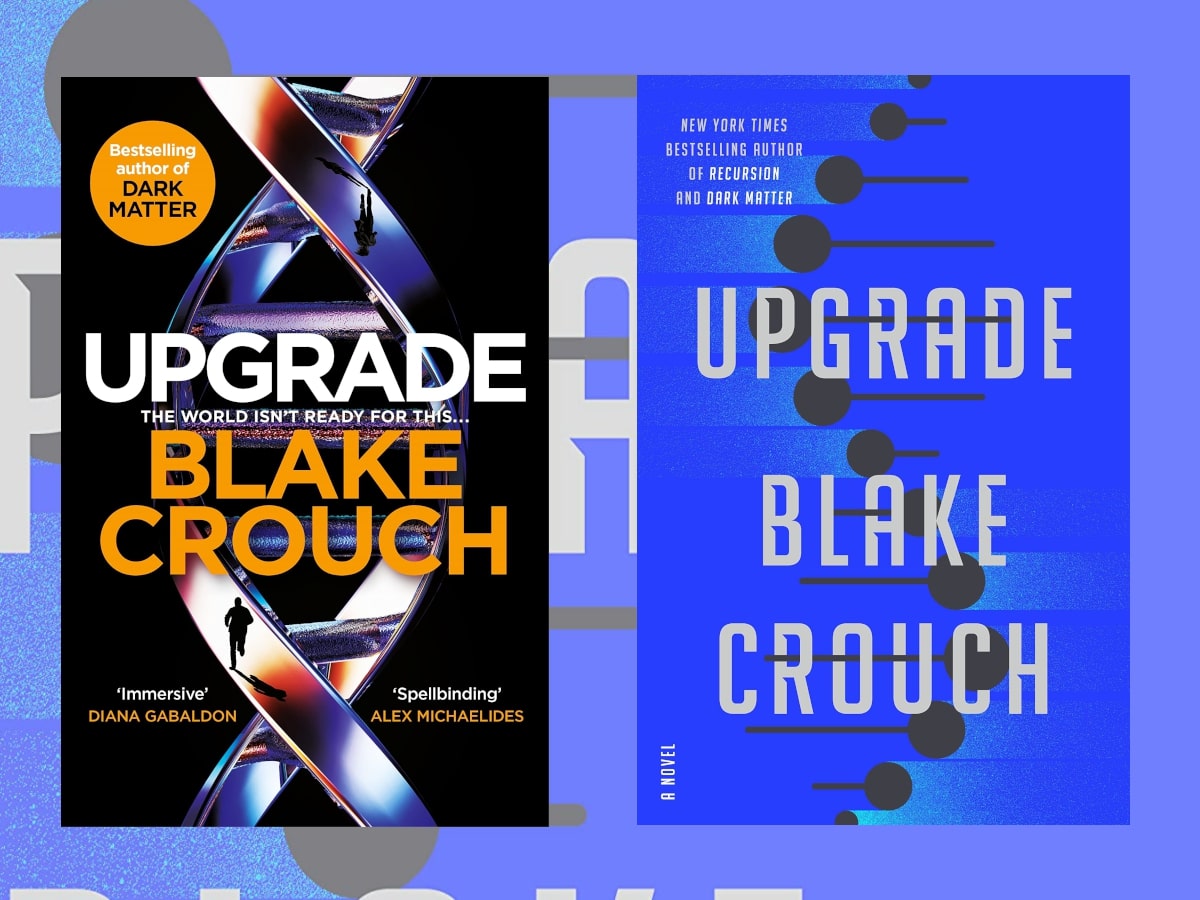 Summer is upon us (here in the Northern Hemisphere, at least), and my book attention turns towards beach reads—though I’m not going to the beach any time soon. Blake Crouch can be relied upon for some hi-octane, science bending, twisty-turny fun. His Dark Matter is an excellent book, and now he’s back with another, the mighty, DNA-morphin’ Upgrade.

What Is Upgrade by Blake Crouch?

Upgrade is set in the near future, after a genetically modified apocalypse. An experiment to prevent a crop blight, via a plague of GM locusts, went horribly wrong. The result is global famine and millions of deaths. In the aftermath, a global ban on gene science was declared. A whole branch of investigation has been left to stagnate. To carry out gene research is illegal, but it still goes on in the shadows. Here steps in main character Logan Ramsay, a member of the Gene Protection Agency.

The Gene Protection Agency is a US agency, similar to the FBI, that focuses on genetic crimes. It tracks down rogue scientists and brings them to justice. To make things spicier, Logan has previously gone to prison. His mother was the geneticist at the heart of “The Great Starvation” disaster. As part of her science team, he too was implicated in the disaster.

Shortly into the novel, Logan and his team are investigating a well-known rogue geneticist. The trail leads them to a raid on a house. Logan is contaminated by a gene bomb, and from there everything starts unraveling.

Why Read Upgrade by Blake Crouch?

Blake Crouch books are pure geek manna. They take a core concept, in this case the manipulation of DNA, and make a page-turning thriller out of it. Are his novels preposterous? Yes! Are they incredible fun? Yes!  And to be honest that’s good enough for me. Added to that, however, is that they also make you think. Upgrade makes its readers consider the future of humanity. Do we need an Upgrade?

The central tenet of the gene-terrorists’ ideology is that humanity, as it stands, is incapable of averting a climate crisis. Not because it isn’t clever enough, but because humans can’t stop their self-interest from getting in the way. There’s always some sort of short-term gain, for at least one party, from not pulling together to solve the long-term crisis. In essence, humanity is doomed by its inability to trust one another in a global climate-driven prisoner’s dilemma.

The villains of this piece, then, are Thanos-like characters. They don’t have an Infinity Gauntlet, but they do have the ability to manipulate the world’s DNA. If there are a few hundred million casualties on the way, so be it; saving the planet is worth that price.

There ensues hi-thrill antics as he tries to avert the ultimate act of gene-terrorism.

Blake Crouch delivers another highly entertaining novel, with some thought-provoking science. Genetic modification is a technology that doesn’t get the press it used to. It was interesting to be reminded about the potential of the field and reminded that work is continuing every day across the globe. The ethical considerations and applications of gene research are manifold, as are the potential safety implications. Upgrade examines all these strands and bundles them up into a compelling whole.

Once again Blake Crouch has delivered a great light read for geeks everywhere.

If you would like to pick up a copy of Upgrade by Blake Crouch, you can do so here in the US and here in the UK.

Don’t just take my word for it. This review is part of a blog tour. Check out lots of other great Upgrade content made by all the lovely reviewers below. Also, GeekDad’s Jonathan recently read the book too! 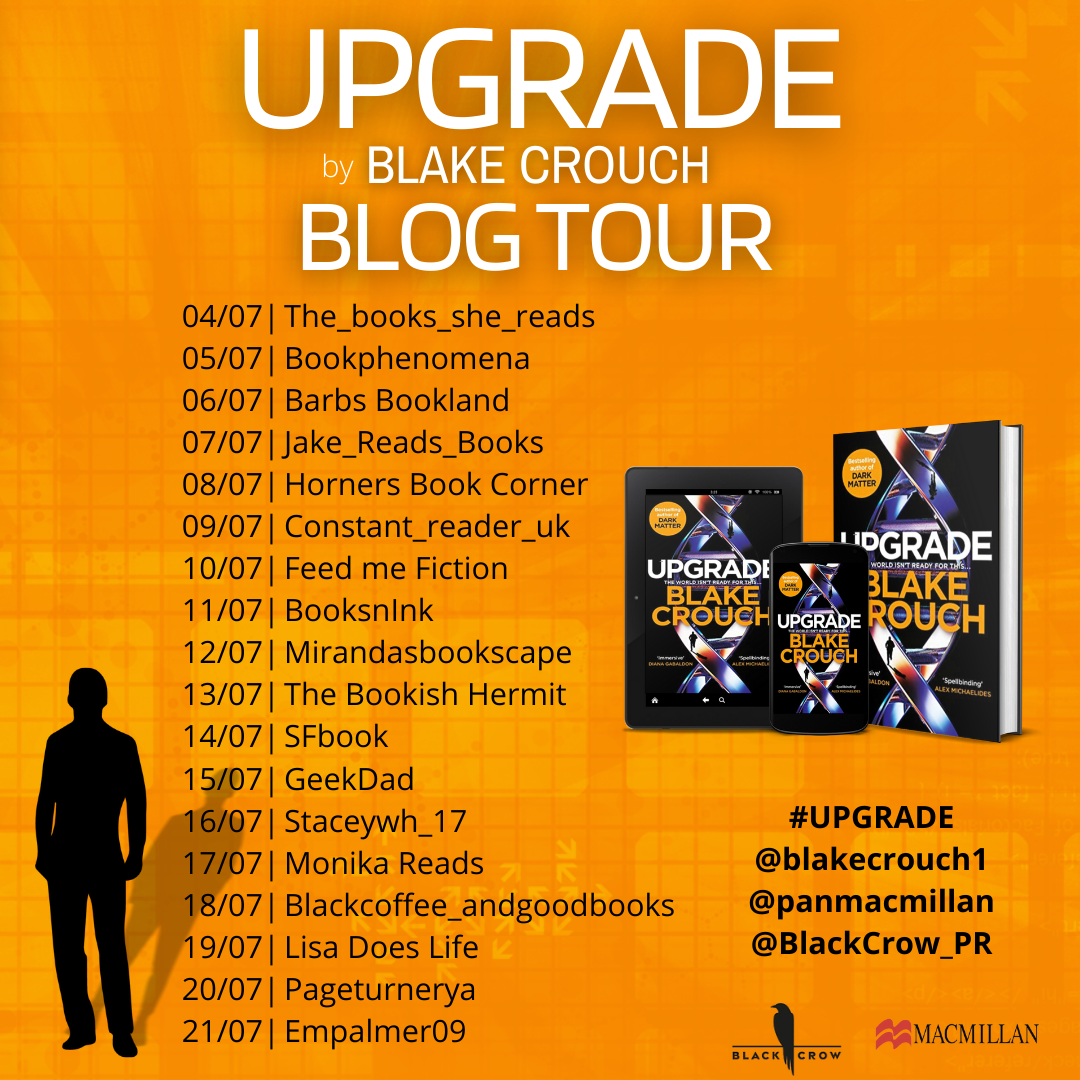 Disclosure: I received a copy of Upgrade in order to write this review. 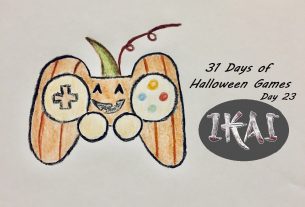 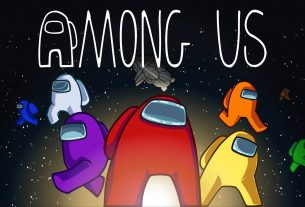