There is something intriguing and alluring about dark matter. The unknown, possibly unknowable, fabric of the universe. Dark matter raises many more questions than it provides answers, and in these cracks, science fiction is made. A thriller about a physicist playing with space and time, is not a new concept in fiction, but rarely has it been done with such compelling panache as in Blake Crouch’s latest book. Dark Matter seems like a great title for a book about complex physics and alternate realities, and Crouch is not the only one to think so. This is not the first book called Dark Matter I have read; it’s not even the second. Blake Crouch’s is iteration number four.

Here’s a little rundown of them all. Four varied stories, in different settings, all with the same title. 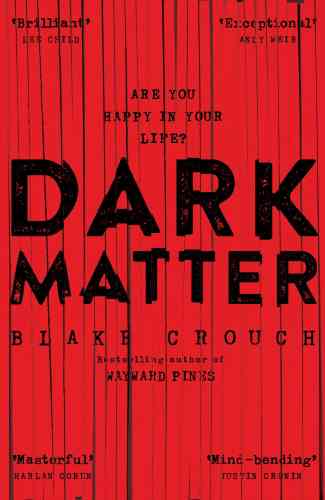 I’ll start with Crouch’s book, as it’s the newest and by far the best. I was slightly skeptical before opening it up. I nearly always am before starting hi-concept science thrillers. They rarely live up to their central conceit. To be honest, the main reason I agreed to review the book was because I’d already read three books called Dark Matter, and frankly, once you’ve got to that point, you have to keep going.

As the novel started, it fully met my meager expectations. The story travels along at a reasonable pace. Jason Dessen is a college physicist with a lovely wife, and a functional son. Dessen loves his life. Yes, somewhere down the line, in order to have a family, he missed out on a prestigious science prize (for his work on quantum superposition), AND his wife was almost the “next big thing”, in the art-world, but they’re happy. They have no regrets.

Then, Jason is hit over the head and stuffed into small box, before waking up in a secure scientific facility. What’s happened? I won’t spoil it, but if you read the book, it’s nothing unexpected. Dark Matter plays out pretty much how you imagine it will. Right up until the point where it doesn’t.

I can’t quit pinpoint where I tipped over from entertained to totally gripped, but I know I read the last 200 pages late into the night, unable to sleep until I knew what happened. It’s a long time since I’ve done that. If you’re reading this, you probably have kids. You know they get up early. Those that read late will be punished for their addiction. I did not care.

It’s hard to deal in any of the specifics of Dark Matter, except to say, it’s a very clever novel. The plot takes a turn I never expected and it makes for a truly thought-provoking whole. This is an excellent book. The best science thriller that I’ve read in a while, and a book that is currently jostling for position for my novel of the year.

Another recent(ish) science thriller read, was the slightly disappointing Research by Philip Kerr. Disappointing, because Kerr is a brilliant writer. If you like crime fiction, and haven’t read any of his Bernie Gunther novels yet, then you really should. Gunther is a Marlowesque gumshoe, whose rubber soles tread the streets of wartime Berlin. If you like reading at all, his Berlin Noir trilogy is just a brilliant book, and I whole-heartedly recommend it. 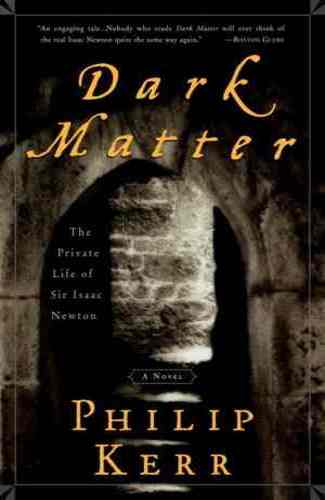 Rather different to that, though still a crime novel, is Kerr’s Dark Matter. First published in 2002, it is a story told by Isaac Newton’s fictional assistant, and details a conspiracy to debase the currency of the United Kingdom (a similar plot called “Brexit” was hatched in 2016).

This Dark Matter is an intriguing thriller, constructed with painstaking historical detail. The evocation of period is very good. The resulting novel is rather dry though. Whilst nominally a thriller, excitement is hard to find. There is certainly none of the cutting wit, and wisecracks that make the Gunther novels so special. The novel is well plotted, with a codes, cyphers, and a host of alchemical shenanigans, but it never demands to be read. 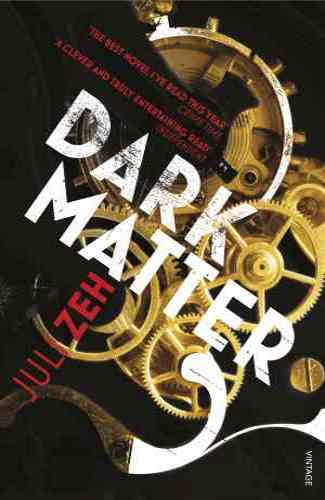 Dark Matter by Juli Zeh, is by the far the most literary novel on my list. It takes a much more cerebral (and if I’m honest, less entertaining) look at the same quantum mechanics and metaphysical questions as Blake Crouch. This version of Dark Matter is much more Paul Auster than Michael Crichton.

Again, the novel features science academics, one with an illustrious career, whilst the other took the family route. It’s interesting that two of these books both explore the many worlds theory, examining the roads not traveled, and both suggest that having a family is detrimental to success.

In this version of Dark Matter, Sebastian’s child is kidnapped. Sebastian is told, that if he commits a murder, his son will be safely returned. The novel features a curious duo of detectives. One with a terminal brain tumor, who hallucinates vital plot leads, and the other a huge woman, who will believe almost anything. Rita Skura has managed to turn her gullibility into her strongest asset, and is a fine and singular creation.

Zeh’s Dark Matter, is not the unputdownable romp of Blake Crouch’s iteration, but if you prefer a more measured and thoughtful approach, then her novel has much to recommend it. 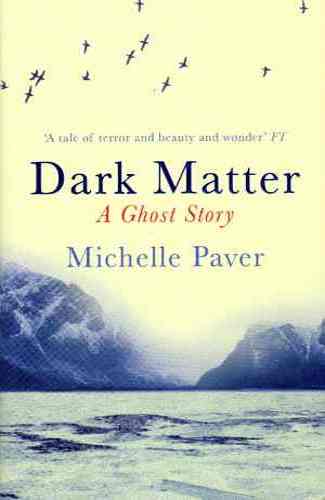 The next Dark Matter, I must confess, I found something of damp squib. It’s noteworthy, because it’s a book that provoked precisely zero reaction in me. Michelle Paver’s prose flows well, and I was intrigued enough by the premise to want to find out more. Yet somehow, the book never delivered. I didn’t dislike it, but it I found reading it merely an exercise in following the words in the correct order.

It’s a ghost story, set in the frozen wastes of the arctic. The pristine nature of the polar icecaps is a surprisingly popular place to set novels. Perhaps because it allows a sense of isolation. Characters cannot avoid the issues they are facing. There’s no escaping themselves, as they they slowly unravel. Maybe, it’s simply that it offers writers a blank canvas on which to paint whatever they wish.

Whatever the reasons, I’ve read several crime-cum-ghost stories, set in the polar regions, and I don’t think I’ve enjoyed any of them. I think I should give them up as a lost cause. I’m telling you this, in case polar-horror is a sub-genre you’re into. If so, you’d probably like Michelle Paver’s Dark Matter.

Set in the 1930s, this Dark Matter is the story of a group of young graduates, who embark on a geological survey of an isolated part of Spitsbergen, Norway. Their aim is to remain there through the dark cold winter, but one by one the group drop out until only Jack remains. Jack, a lonely man, had hoped to use the trip to find away to fit in with his peers. Now he finds himself more alone than ever.

Paver’s descriptive writing is excellent. It conveys well the sense of isolation, and the slow unraveling of a susceptible mind. Perhaps, I am unable to fully suspend my belief to enjoy a ghost story, but I found the supernatural elements unsatisfying. This is definitely the least favorite stop on my Dark Matter odyssey.

So that’s four Dark Matter books that I have read. A quick search on Amazon shows there’s a couple more too. There can’t be many titles that have been used more than four times, by different authors, but if you know any, let me know in the comments. In the meantime, if you’re looking for some Dark Matters to brood over, definitely check out Blake Crouch’s new book. It really is very good.

Disclaimer: I received a copy of Dark Matter, by Blake Crouch for review purposes.

Metals Give Spiderman a Boost

5 Questions With a 5-Year-Old: One Year Later