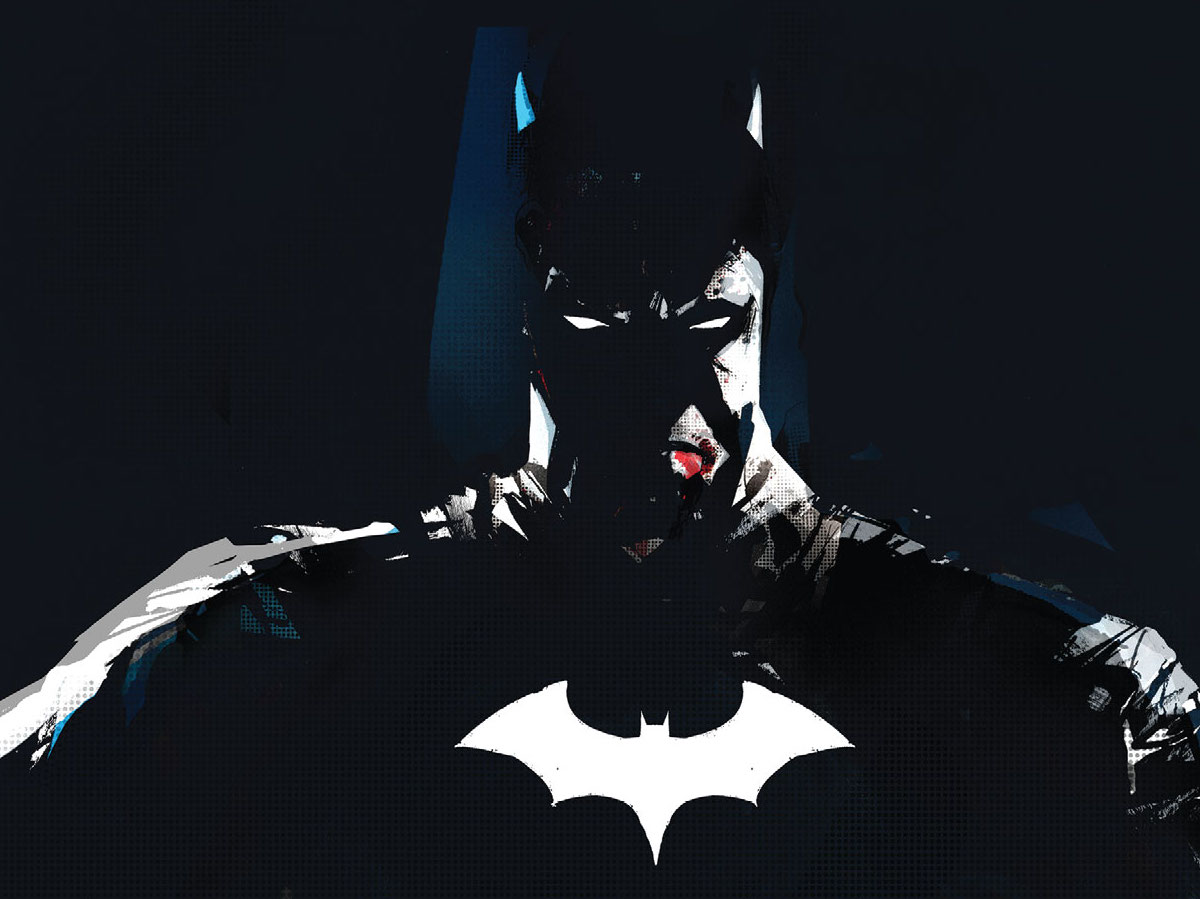 Ray: Black Label has gained the nickname “Bat Label” for its plethora of Gotham-set stories, often by top creative teams. Now it’s Jock’s turn to jump into the fray, as the veteran Bat-artist takes on double duty for the first time. What’s interesting about this new miniseries is that it eschews the wild ambition and deep psychological takes of many of the other Black Label spotlights. There’s no grand mythology here, and aside from a few new characters it could take place in the main continuity. Instead, Jock—showing impressive chops for a first-time writer—simply wants to take us through one of the most insane nights of Batman’s career blow by blow. Think the superhero equivalent of 24, but with less torture.

A new supervillain named EMP (both an acronym for his name, and a pun on his ability to wreak havoc with electricity) is being transported from Arkham to Blackgate for a new cell. Batman is tracking the convoy taking him there, as various agents around Gotham are setting their sights on disrupting the transport and grabbing him for themselves. Some references to a night several years ago where Gotham fell into chaos because of him are hinted at, but we never get a clear picture. Meanwhile, Jim Gordon and Prison Bureau chief Rita Vasquez, a new character, spar over the decision to transport EMP via a new system that cuts the GCPD out of the loop. Gordon insists things are going to go south—and big surprise, he’s right.

The back half of this first issue is just pure chaos. A gang attacks the convoy, EMP gets loose, and it becomes a race against time to capture him before his powers kick in and cause massive destruction. Jock is a good writer, but he’s a fantastic artist and the way he plays with light and dark over the course of this issue is stunning. Character work isn’t the focus here—we get some intriguing hints about other characters including a young boy with a link to EMP, and Alfred is dryly hilarious as always. Batman almost seems more like a force of nature here than anything—he’s not bringing much drama to the table. The title sort of gives away what happens, and it sets up a very compelling and thrilling status quo for the rest of this series.