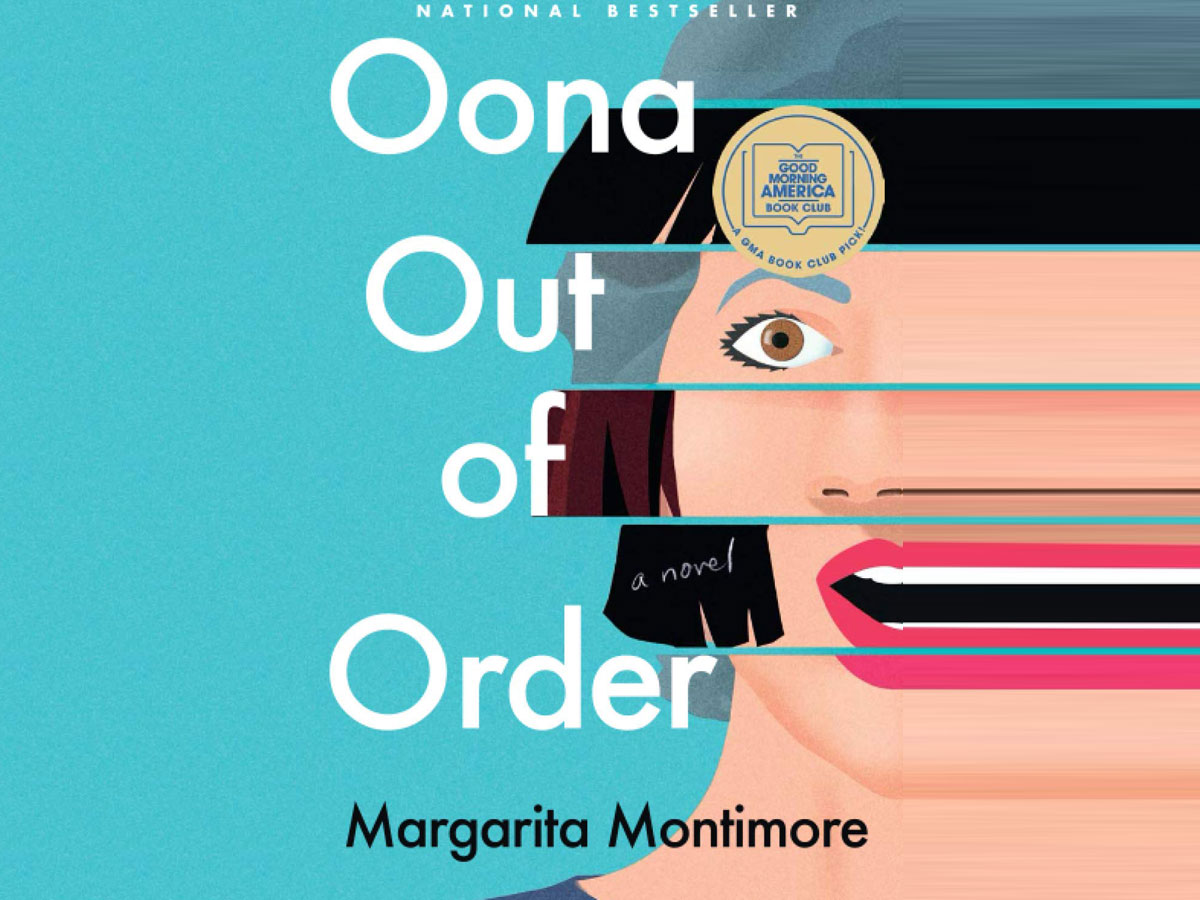 This past week has been a full one for me. I did get some reading done at the DMV, taking my oldest for her driving test for her license and my middle kid to get her learner’s permit—but the DMV isn’t the best environment for really losing myself in a book, particularly when near a frustrated customer arguing with a clerk. And later (when my kids had two days off school this week) I took my youngest to get her first vaccine shot, which was a pretty momentous occasion for the whole family. And then Friday night a car crashed into a telephone pole on our street, knocking out power in our neighborhood for about a day—fortunately things are back up and running now, but Saturday was a very weird day, chilly and dim both indoors and out.

So, I didn’t have as much reading time this week and I’ve only read one book, but it’s one that I found really compelling. 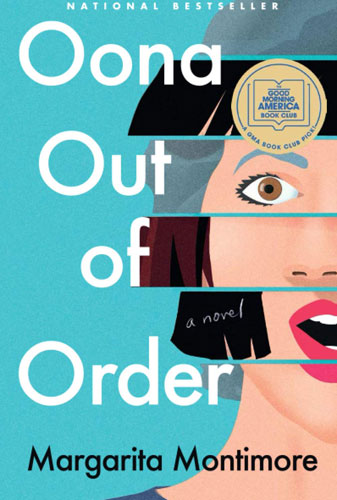 Oona Out of Order by Margarita Montimore

It’s New Year’s Eve, 1982, and Oona Lockhart is about to turn 19. She’s madly in love, and is on the cusp of a big decision: will she go with her friend to London for college, or drop out of school to tour with her boyfriend’s band? As it turns out, that decision will get delayed, because when the ball drops, she finds herself in a completely different time and place—in a fancy home, where somebody she doesn’t recognize tells her it’s 2015. The world is totally different,, and she’s in her own 51-year-old body.

That’s the premise of the book: every year, at the stroke of midnight on New Year’s Day, Oona leaps to a different year of her life, and has to figure out where she fits in. Like the movie Memento, she finds herself in a situation that she’s gotten herself into, but doesn’t have many details. In most cases, she’s left herself a letter with some information, but Earlier Oona is constantly trying to avoid spoilers for Later Oona, so the letters are somewhat vague and cryptic. It also reminds me a bit of The Time Traveler’s Wife, both because she never knows what year she’s jumping to next but because the book uses the time travel premise mostly to dig into how it affects her relationships and emotions, rather than explaining much about how the time travel works or what causes it.

The book follows the first 7 years of Oona’s leaps, and she spends some time in various stages of life, from young adult through middle age, but never in chronological order. Some of the appeal of the book is getting to experience the mystery along with Oona—although she usually finds herself with somebody who knows her and can deliver her past self’s letter, there are also times where she wakes up in an unfamiliar place: at a party, on the subway, in somebody else’s house. Are there people here she’s supposed to recognize? Was she on her way somewhere?

Most of the leaps have some sort of gut punch: after her first leap, she learns about the internet and insists on looking up her old friends from 1982—are any of them still in her life? One year, she wakes up to discover she’s married to a man she doesn’t even know. Another year, her relationship with her mother—one of the only people who knows about her secret—is particularly strained, but she doesn’t know what her past self did to cause it. She’s also often searching for Kenzie—a young man she meets in 2015 who knows her well and walks her through her first leap, though of course she didn’t recognize him then. When she finds herself in the past, she’s constantly wondering if this is the leap where she’ll finally meet him. Oona also tries to fight some of the few things she does find out in advance—but it’s a bit like the story of Oedipus, where the actions his father takes to prevent the prophecy end up being the reasons they come true.

My only gripe about the book is that Oona’s ability to weather all of these emotional ups and downs are largely because she’s incredibly wealthy. Her first leap to 2015 gives her some important information that allows her to make some extremely lucrative investments (like knowing when exactly to buy Apple stock and when to sell it), so money is basically not an issue for her. She doesn’t need to hold down a job, and can afford to go traveling for most of a year after experiencing heartbreak. When necessary, she’s able to just throw money at a problem. That doesn’t solve everything when it comes to relationships, of course, but it does make a lot of other things easier.

Overall, though, I really enjoyed the book. I’ve been feeling lately that so many time travel stories (movies, especially) are about men using time travel to get rich, or to chase a romantic interest (often crossing the line into stalking). What’s portrayed as romantic is actually pretty creepy. While Oona does use time travel to get rich, that’s not really the point of the story—it’s more about her relationships with others, the way that her mother is one of the constants in her life, as other friendships come and go because she only has a year before she’s whisked away again.

And that’s it for my current reads this week, too! After reading Oona Out of Order, I’m kind of in the mood for some more time travel stories, so I may dig through that section of my shelf for something to read next.

Disclosure: I received a review galley of this book.