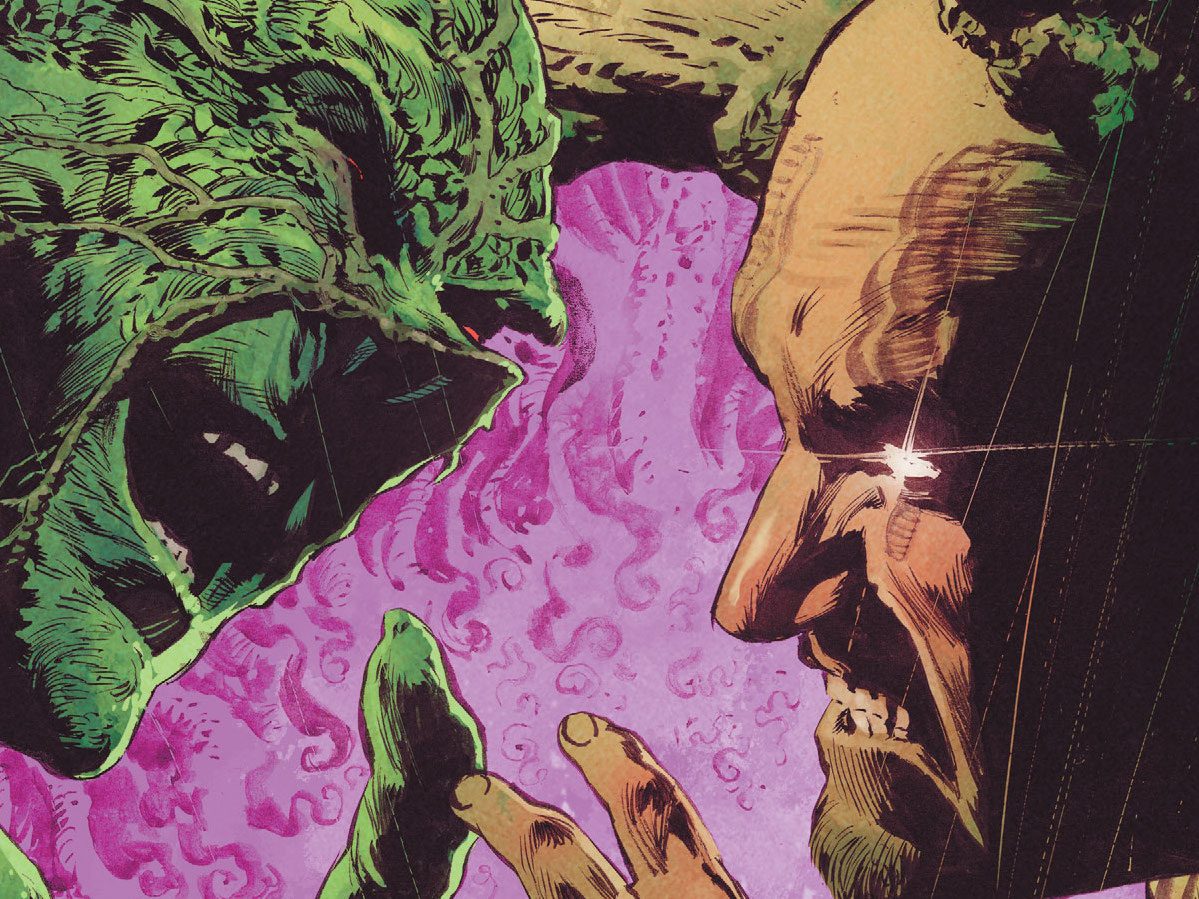 Ray: With only one issue till the conclusion of what’s now confirmed as the first season of The Swamp Thing, I can breathe a sigh of relief. This is a wildly ambitious comic, with as much in common with an indie horror book as a DC legacy title, and I can’t imagine how it’s supposed to be brought to a close next month. We’re just now meeting one of our big bads! Harper Pilgrim, a corrupt big pharma exec who wrested the company from the father who never appreciated him, has his sights on Levi’s powers—and he’s taken Jennifer Reece to bring him to her. I appreciated that this wasn’t a simple kidnapping to manipulate Levi, but Harper looking to take advantage of Jennifer’s scientific knowledge as well. And the conversation between the two of them sheds some unexpected light on the history of the Swamp Thing and the character’s unwilling role in centuries of colonialism and plunder.

It could have been a bit of an infodump of an issue and it would have still been compelling, but once the action gets going, it really kicks off with a bang. Levi finds clues to Jennifer’s whereabouts at her apartment, but when things threaten Prescott’s base, it’s not Levi coming calling – but the vengeful, powerful Jacob, who gained far more dangerous powers than the Green last issue. A brutal fight between the brothers ensues, all the while Harper plans to take advantage of the chaos to advance his goals. It’s a good continuation of the past Swamp Thing mythology but with a lot of clever callbacks, but it’s just as strong when it’s working on completely new. This feels like a passion project for the creative team, with gorgeous visuals and so much to say about India, colonialism, and the state of the environment. If you haven’t been following it, catch up and jump in on season two when it launches.