Ray: More a slow-burn teen romance than a superhero comic, You Brought Me the Ocean by Alex Sanchez and Julie Maroh is a groundbreaker for DC’s OGN line in more ways than one. First, it’s their first to focus on a gay romance. Past books have featured bisexual heroines Catwoman, Harley Quinn, and Wonder Woman, but never really dealt with their relationships with other women. By comparison, this new take on Jackson Hyde, aka Aqualad, puts his coming of age and his growing attraction to another young man at the center of the story. It’s a gay love story first and a superhero journey second, and regardless of anything else, that makes it a revolutionary and important book.

Indie comics have been far ahead of the game in LGBT representation for a while, and that may factor into the style of this book. Artist Julie Maroh has a very different style from the others on the OGN line, with a look that reminds me much more of the work of indie creators like Craig Thompson or Hope Larson than the traditional comic book art of other recent books in the line. It’s a well-suited style for a story that takes place almost entirely within the small confines of a desert town where the three teenage leads all feel trapped in their own way. If you’re looking for big superhero action here, you might be disappointed – Jackson’s superpowers play a relatively minor role, and his most iconic supervillain is referenced but barely seen.

When we meet Jack Hyde, he’s a black teenager living in Truth or Consequences, Arizona with an overprotective single mother, who has carefully guarded him and urged him to avoid the water ever since his father drowned when he was only an infant. As we all know, there’s likely more to the story than this. He dreams of going to Miami to study oceanography and is best friends with Maria, a girl with a more positive attitude towards their small town than him. It’s implied Maria is in love with him, but Jack hasn’t even come to terms with his own sexuality yet. Their quiet life is upended by Jack’s growing attraction to Kenny, a bullied Chinese-American swimmer who is much further along in his coming-out and unafraid to pick fights with the school’s homophobic bullies.

Writer Alex Sanchez is at his best when exploring the growing passion between Jack and Kenny, from a longing hike through the desert to a much more direct embrace as Kenny teaches Jack to swim in the school pool. These scenes are gorgeous, and also where Maroh’s art is at its best, but they’re often interrupted by the other elephant in the room – Jack’s mysterious birthmarks on his arms, and the fact that they seem to give him some sort of psychic connection to water. There’s a good fusion of the two journeys of self-discovery Jack is going on at the same time, but it feels like Sanchez is far more interested in the more personal one and the element of Jack’s powers isn’t as fleshed out.

The little details in this book are what makes it work best – I loved the nuanced look at the three parents of the main characters, contrasting Jack’s fearful, loving but overprotective single mother with Maria’s kind and more zen immigrant parents. Kenny’s disabled single father, meanwhile, at first gives off the impression of being homophobic but goes on a compelling journey where you can see that his initial resistance is a product of trauma more than hate. In many ways, they were as interesting as the main trio and giving the characters such a strong background in their family is a great way to help us get to know them over the 170-page run of this story.

The problem is, this book is very much a slow burn. For close to the first hundred pages, it’s leaning almost entirely on the character development and journey of self-discovery Jack is going on. Then somewhere in the last half, the book picks up a LOT, with a violent attack by local punks, a series of reveals to everyone in sight, and a massive infodump for Jack as he learns the truth behind his father’s disappearance. In many ways, this feels like an act one – Jack doesn’t get to face off against his father or even meet him, and many steps on his journey are yet to be taken. This is common, as both Catwoman and Mera left their OGNs in ambiguous places with no sequel announced.

You Brought Me the Ocean is a lot messier and more oddly-paced than other recent hits for the line like Wonder Woman: Tempest Tossed, but it’s also deeply passionate and a great depiction of the struggles of coming of age as an LGBT teen. DC deserves praise for putting this daring book out and I’m hoping it kick-starts a new trend of personal, unapologetic representation in the superhero comic book world. 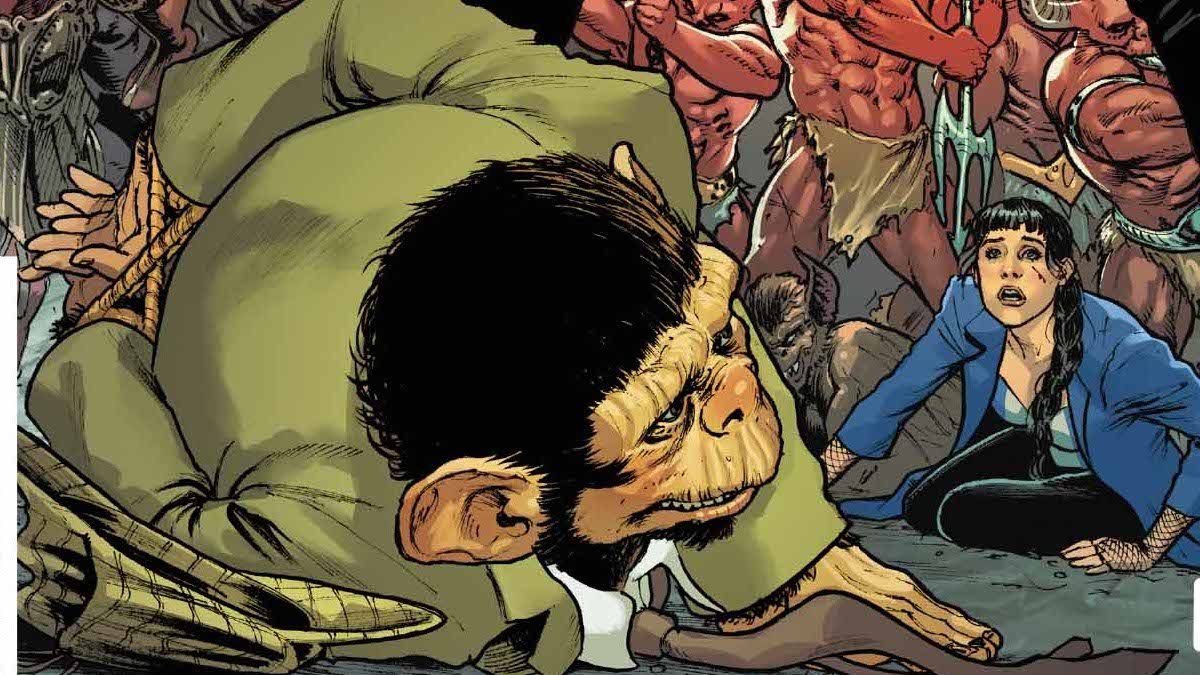 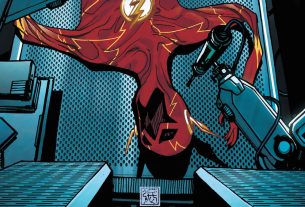