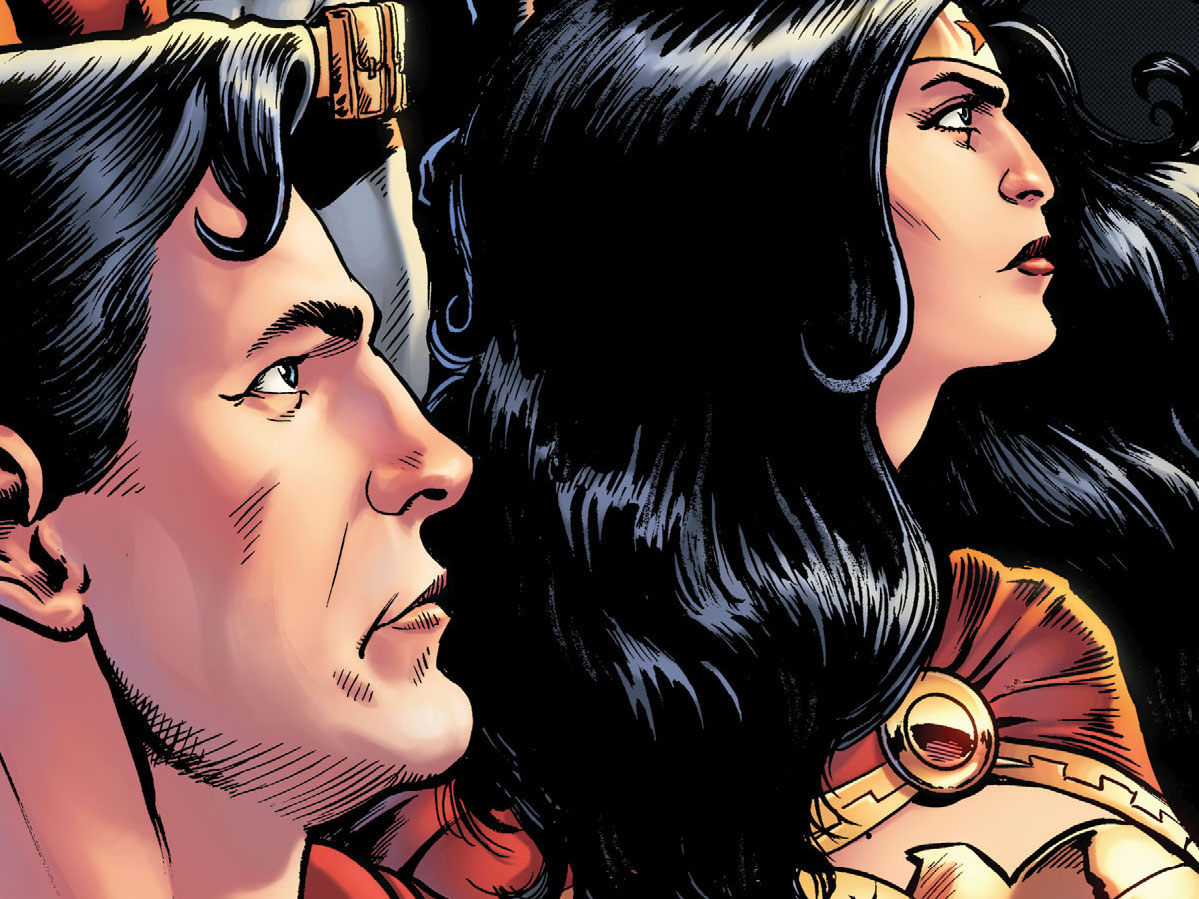 Ray: It’s been a long, hard road to get here, as the Justice League has been ripped apart by death and mistrust. But last issue saw both the darkest moment of the series—Hal Jordan being used by Darkseid to resurrect the evil overlord against his will—and the arrival of hope in the form of the psychic energy of J’onn J’onnz. The presumed-dead Leaguer is the last piece of the puzzle, as the team finally seems to be able to push past their issues with each other and finally unite to win the war. The first half of this story is chaotic, as the League fights against impossible odds and takes some serious hits. Fans of Superman and Batman being close rather than rivals will find a lot of fuel in this issue, and it was great to see Wonder Woman cut loose when she needs to—the way she deals with Lobo at the conclusion of the battle was deeply satisfying and hilarious. But ultimately, this final battle comes down to the Green Lanterns.

I could quibble and say Darkseid is beaten a little too easily and with brute force in a way that rarely works against him, but this story isn’t really about that. The true enemy here hasn’t been any villain, it’s been the way the League has ripped itself apart. And on that note, this is a fantastic finale. The last few pages, which see not one but two teams get put back together and some relationships get mended, are enough to make even jaded comic book fans get a little emotional. The writing on all the core members of the League is fantastic and makes me think Zdarsky could easily take over the main title of any of them if he wanted to. He’s only done a few DC books, but he’s quickly showing the same skill at deft characterization he did on Spider-Man and Daredevil. It ends on a neat note that doesn’t require any sequels, but I would still love to see more stories in this universe as the League rebuilds itself.