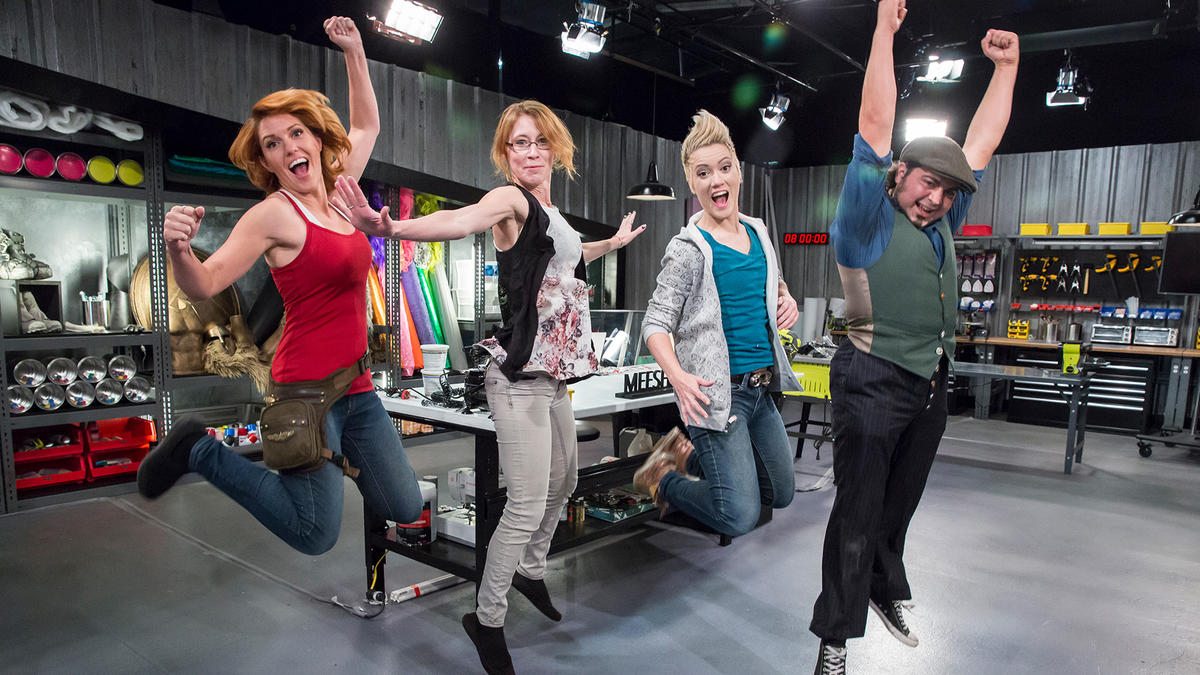 First off, let’s meet the contestants from episode six–Jacqueline, Meesha, Jesse, and Paul. The theme of the episode was “Animelee.” For the first challenge, each contestant had to build a signature accessory/prop for their custom character. Each contestant had to choose their favorite anime as the setting for their character, and, to up the ante, each accessory also had to have some sort of animation. Jacqueline chose Records of Lodoss War and make a giant fire flower staff. The idea was that a fan would blow fabric strips out of the top, emulating flame. While the rest of the staff looked pretty cool and organic, the animation didn’t quite work out. Meesha went with Monster Girl and made a giant dragon-headed staff. The jaws opened and closed and the eyes lit up! Jesse’s favorite was Mahou Shoujo Madoka Magica, and she built a very cool and cute wand that had a spinning heart at its center and some flapping wings. Paul chose .hack and made a beetle bracer that popped open and featured glowing entrails. While the judges had some criticism for everyone, mostly centered around the animations, they chose Paul as the winner and Meesha to be eliminated.

The challenge for the full build was to finish their character’s full costume while incorporating a typical anime archetype. The archetypes were chosen by picking a sword from a rack and unsheathing it to reveal a word. Jacqueline got ‘Moe,’ indicating a submissive female, not  what she had envisioned for her character. Jesse drew ‘Bokukko and Delinquents,’ referring to tomboys and gender-fluid anime characters, the complete opposite of her Magical Girl. Lastly, Paul drew ‘Hero,’ which, surprise, was also the opposite of his character. Because Paul won the first challenge, he was given the choice to switch which he willingly took, trading with Jesse, giving them both exactly what they wanted. 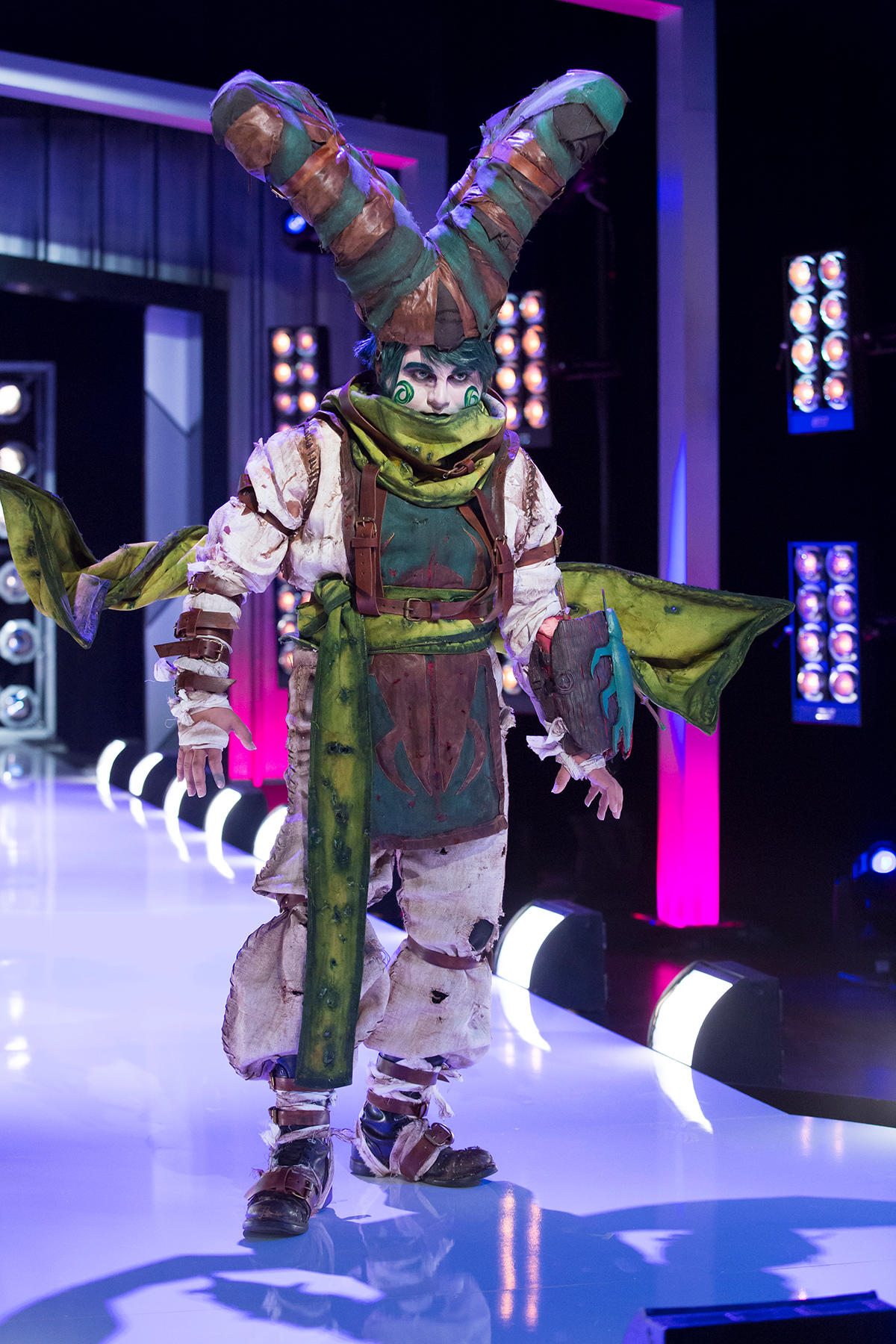 Paul’s beetle thief came out wonderfully. The entire costume was weathered wonderfully and the headpiece, the scarf, and his walk, were very fluid and a little creepy, just like a beetle (yeah, I don’t like bugs very much). When Paul came out first, I thought for sure he’d be the winner. 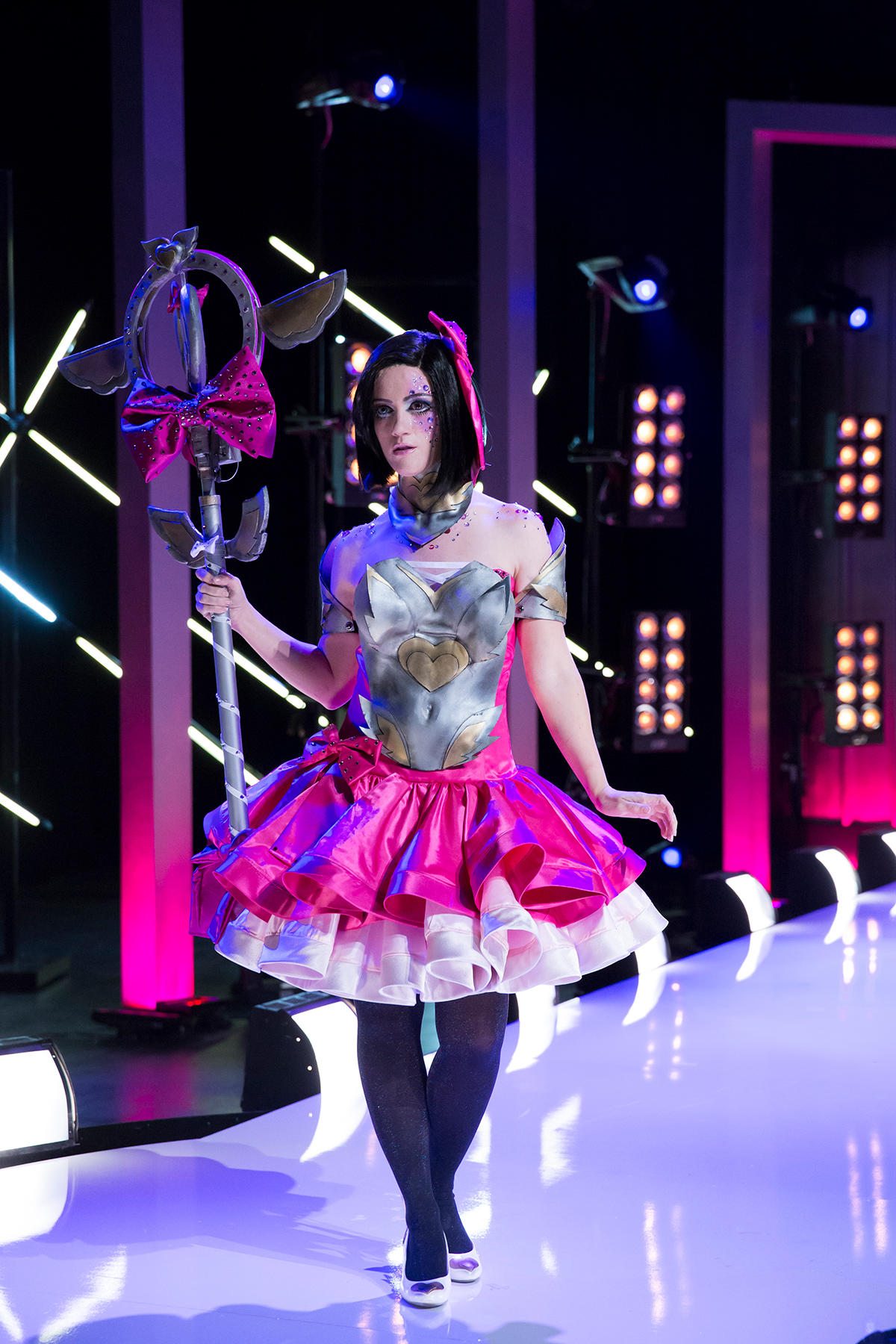 Jesse came out in a very typical anime schoolgirl outfit, hiding something behind her back. In an amazing surprise to all, she did a quick change as she was walking down the runway! Something came off, something went on, there was a twirl, and she was in her full costume! 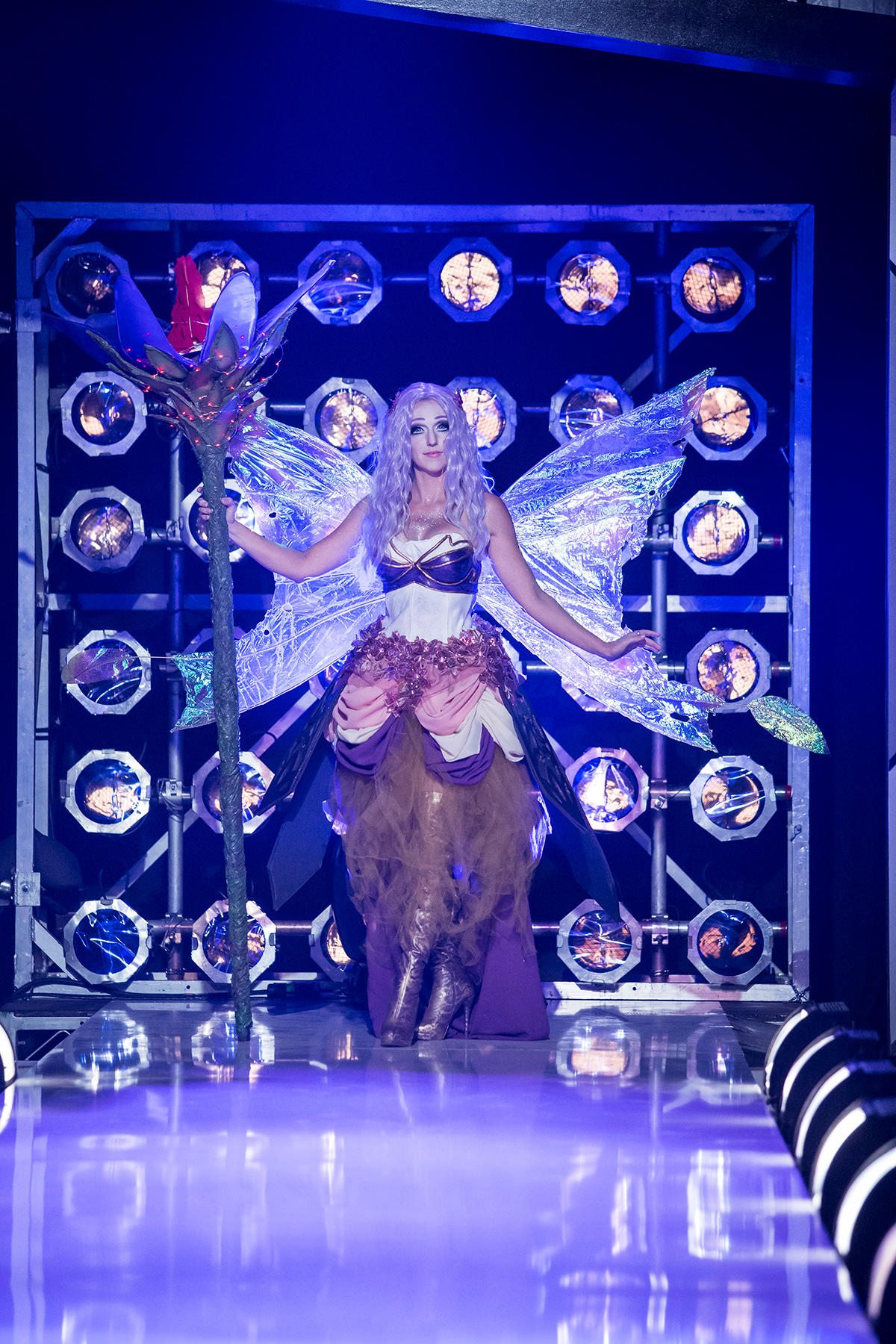 Lastly, Jacqueline came out in her winged costume. Those wings were something else. With the full costume, LED effects, and updated fire flower staff, she won over the judges and clinched the win on the final episode of Cosplay Melee.

Keep reading for what will most likely by the final contestant interview for season one with Steven K. Smith from episode four.four).

GeekDad:
When did you first get into cosplay?
Steven K. Smith:
I got into the whole cosplay scene about four years ago. Some friends of mine convinced me to go to a local con dressed up as a Borderlands character, everyone loved it and here I am today!
GeekDad:
Why do you cosplay?
Steven K. Smith:
#1, I cosplay because I love creating! #2, I love seeing the reaction on peoples faces when they see me dressed as one of their favorite characters.
GeekDad:
When did you find out you were going to be a contestant and what went through your mind when you found out?
Steven K. Smith:
Casting was a very long process, but once I got the call that I was going to be on Cosplay Melee that’s when it really hit me. This is going to be the biggest build challenge I have ever taken on.
GeekDad:
What did you learn about yourself and about your own process from being on the show?
Steven K. Smith:
Well I learned that I can complete an entire costume in a very short amount of time? But I realized that that all of these years of building experience prepared me for the task at hand. You can actually see little bits of almost all of my other costumes in this one.
GeekDad:
Has the show inspired you to try a new technique or build something you hadn’t previously considered?
Steven K. Smith:
Every costume I create I try to implement a new process. It has been really cool watching each episode and seeing the thought process from other builders.
GeekDad:
Is there anything you really wanted people to know or see that didn’t make it into the final cut?
Steven K. Smith:
Oh yeah! So the box of lights I had to incorporate into my costume was mostly Christmas lights!!! (no joke) I only had one strand of nano LEDs which I used to up light the mask. Almost all of the other ambient light you see throughout the costume are strands of lights with battery boxes. Because of that handicap I was extremely happy with how much the costume glowed for the lights off challenge.
GeekDad:
Do you have any plans to make a final version of the character you created on the show?
Steven K. Smith:
No, that costume was made under those circumstances and I wouldn’t want to take away from what I achieved.
GeekDad:
Congrats on winning! I really love how you got so many of the LEDs integrated without them looking tacked on and also did a bunch of molding and casting, something, up to this point, there hasn’t been a lot of on the show.
Steven K. Smith:
Thank you very much! I also would love to give a shout out to my Cosplay Melee contestants. We had a great time together, and I’m glad SyFy is showing that side of our community! People can follow my work on Facebook, Twitter, or Instagram.  @SKSProps  I’m also excited to announce I just started streaming on Twitch!

You can catch the entire season on demand from SyFy (you can also get episodes on Amazon if you don’t have cable or satellite). Hopefully Season Two will be even bigger and badder! 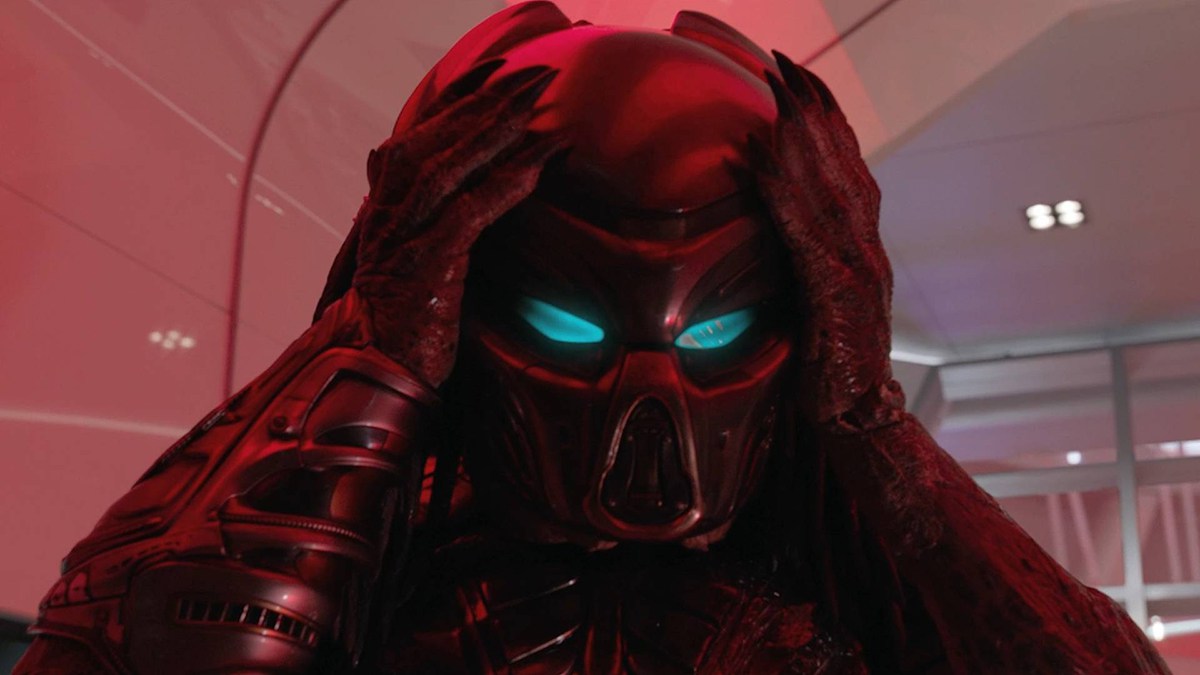 Ten Things Humans Should Know About ‘The Predator’