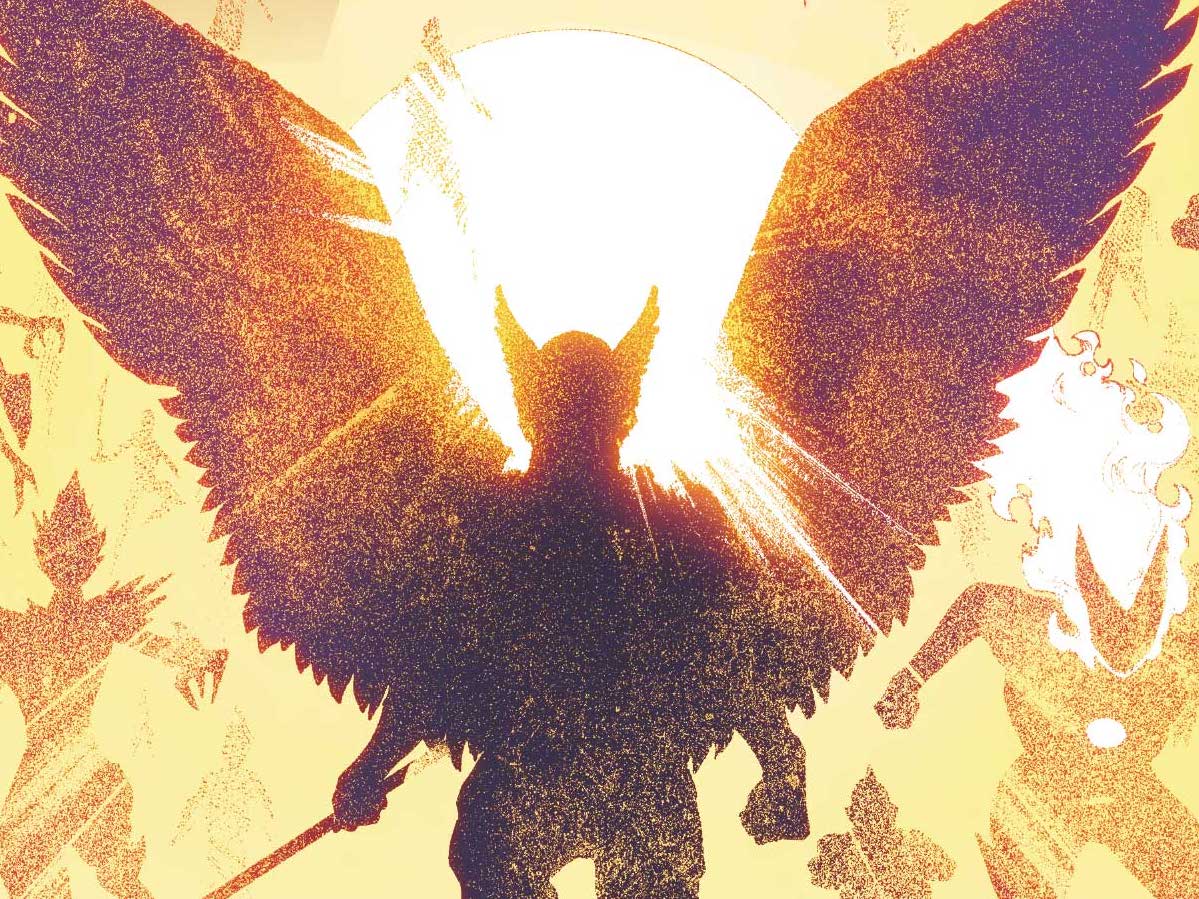 Ray: Naomi’s initial plotline has wrapped and the Justice League is back on Earth–with three new members–but the overall jumbled tone of this run continues. Bendis is basically using this run to tie up loose ends in every other book he’s written, and that can lead to a general tone of chaos. Naomi is back at the Justice League headquarters and is training with her fellow heroes, just in time for her parents to pay an unexpected visit. It’s fun to see her bond with her fellow heroes, especially unexpected hero Black Adam. Meanwhile, Black Canary and Green Arrow are trying for a romantic getaway amid the chaos, but they soon encounter a dangerous assassin with ties to Checkmate.

The biggest new development, though, has got to be the introduction of the United. This superhero team spins out of the United Planets, featuring warriors from some of the top planets around the DCU. They’re in the middle of dealing with the new villain Synmar, last seen at the end of Bendis’ Superman run–and then, of course, the mad alien proceeds to escape and tear through the team before heading to Earth. This is the same issue I had with Rogol Zaar–Synmar looks cool, but doesn’t do much besides rampaging around and causing chaos. Overall, it’s a decent issue, but it doesn’t feel like it’s coming together as a full Justice League run yet–or a cohesive story.

The Justice League Dark arc continues to be the stronger of the two stories, although the decision to add Batman doesn’t really add much beyond a little sales pull. He meets up with the mysterious female knight of the round table–and tells her to stay out of Gotham, like he always does. The addition of Ragman to the team adds a fun dynamic, as his interaction with Zatanna digs up some old wounds. The final page of the issue continues a creepy twist, setting up the next big threat and continuing this excellent run in shorter bursts. 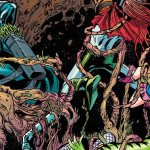