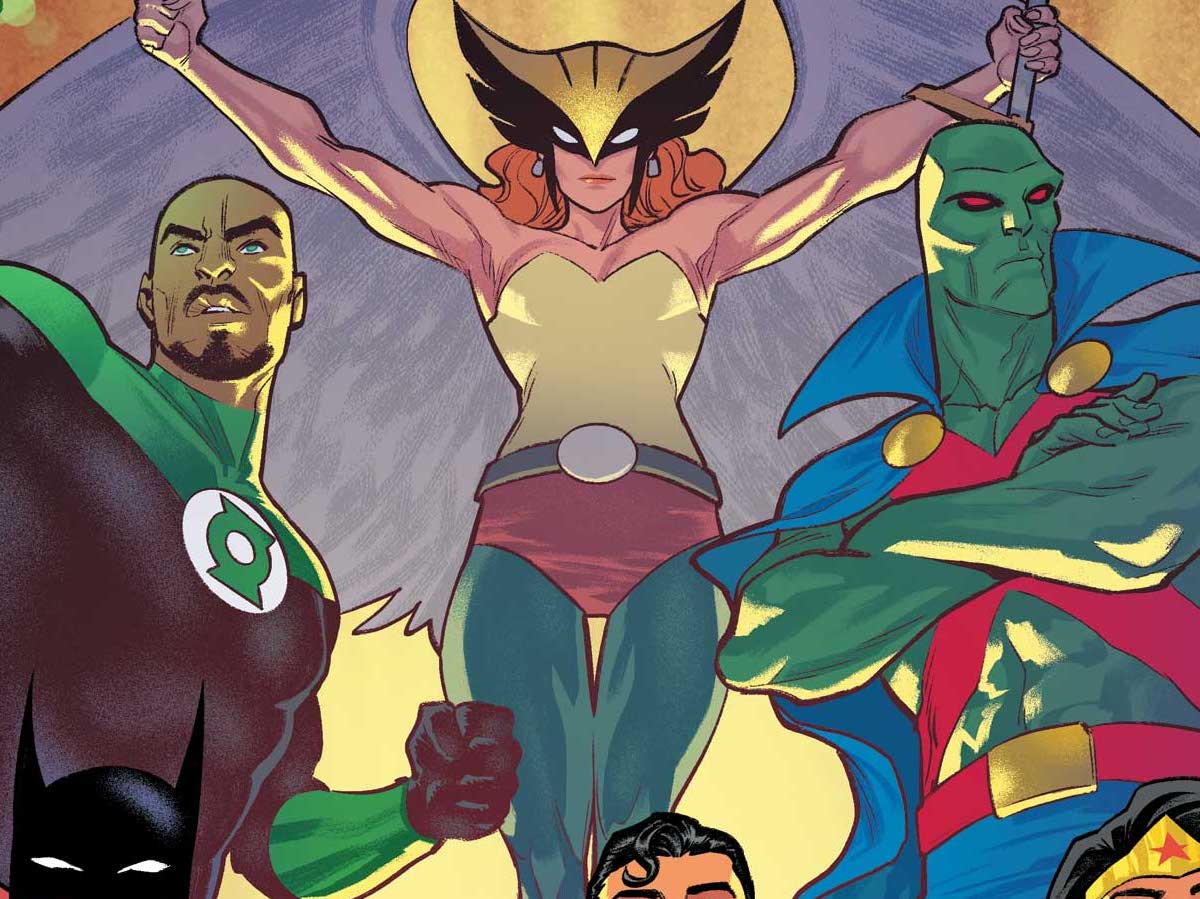 Ray: The revival of classic DC cartoons is in full swing in the comics, with the Batman series going strong and now we’re getting a follow-up set in the Justice League cartoon–by two veteran writers associated with it. But while the Batman series is a pretty straight-forward continuation with a bunch of new characters, this first issue feels like it might go to some very strange places. That becomes clear right from the start as we follow a mysterious golden being, later identified as Amazo, as he ping-pongs through the universe. The confused artificial being, trying to discover his own identity and purpose for being, soon encounters something mysterious–and powerful and dangerous.

The unexpected, odd tone continues as we next move to a very melancholy segment set in India, as two elderly people, a man and a woman, share their morning chat. They talk about their families, with the woman confessing that she lost her family. They seem to be developing a connection–but then we learn that nothing we know about this segment is true. Martian Manhunter can become anyone, and that’s used to great effect in this segment, as we see what’s become of him since he chose to leave the League. This issue has some great smaller-scale stories, as it then moves to the League throwing a birthday party for Wally, with some explosive party crashers and great cameos.

The creative team is following up on a lot of stories here, and the battle of Granny Goodness and Kalibak delivers some fantastic action. There’s a clever resolution, and some lesser-known Leaguers get to shine. But there’s barely any downtime before the next crisis emerges courtesy of Amazo–and the cliffhanger is a massive surprise. This first issue is very ambitious, to the point where it sometimes feels a little chaotic and unfocused. But that’s not surprising with a cast of countless DC heroes. In that way, it feels very true to the original cartoon, and another worthy successor to the Dini/Timm-verse. 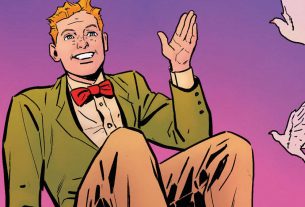