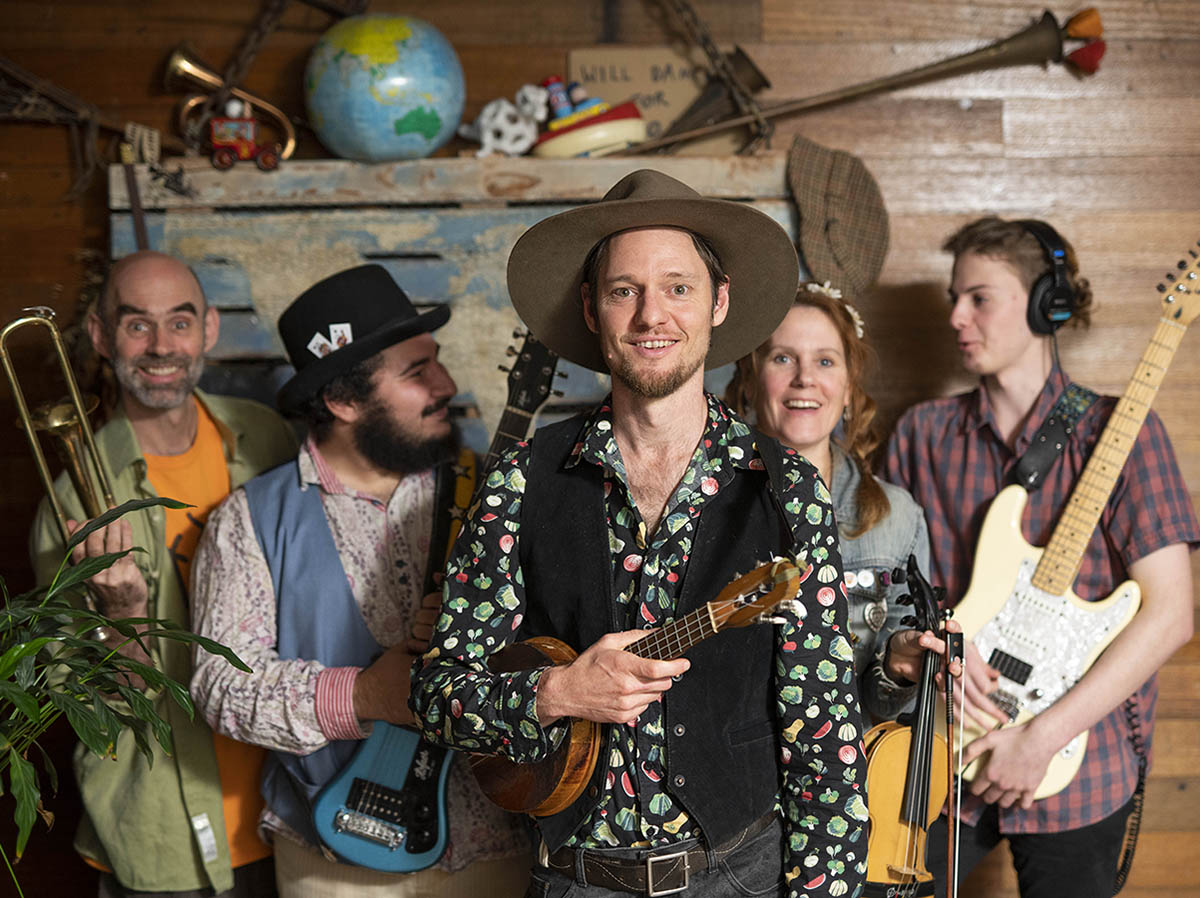 Whether or not the world ready for ecologically friendly electro-funk and swing, it’s already here. That distinctive sound is delivered by Australia’s own Formidable Vegetable, the first band so environmentally aware that they refused a slot at the Glastonbury Festival, concerned about their impact on the surrounding area. Their upcoming six-song EP, Garbage Guts, is their first on the new children’s music label 8 Pound Gorilla Records.

The self-proclaimed globetrotting troubadour Charlie Mgee realized a decade ago that music is one of the best tools for bringing about cultural change. Charlie’s dedication to “pop with purpose” has directed him to compose tunes on his ukulele that address climate change, food security, and regenerative sustainable living (got that?).

There’s enough Fishbone in “Shoogieman” (about sweets and sugary snack foods) to offend vegans. “Fonky Food” sings the praises of fermentation. Their video and single “Get a Goat” is the dance-tastic “when animals rule the world” anthem. “There’s No Such Thing as Waste” breaks down how “waste is stuff in the wrong place” and how people should all do their part as global citizens. “Our Street” gives a Dixieland tinge to the concept of a neighborhood fully invested in growing food, raising produce, and reusing and recycling, complete with some Cab Calloway scat singing:

Milk and honey, vegetables, so many tasty treats
It’s all right here, growing on our street

I don’t want to draw “ok boomer” chants—Formidable Vegetable has grown and sustained a well-earned fanbase in 20 countries and seeks to bring the United States into the fold under the current EPA-friendly administration. Support their cause by downloading digitally and giving a green grin.

Here is the video for the new song, “There’s No Such Thing as Waste”:

Didya notice things have been kind of strange for the past year-plus? Before the pandemic hit, Animal Farm had decided to release a new video for their song “It Always Could Be Worse.” Experts ascertained that COVID-19 was going to be bad, really bad. The Animal Farm guys felt the tune, from 2018’s We Are One, hit just the right mark—reminding kids that their situations are rarely unique, and look inconsequential in the larger picture. The video (below) was directed by Charlie Malave of Chicago’s Mucca Pazza and pitches the whimsical refrain, “Try an attitude of gratitude, it’s really not that hard.”

10 Things Parents Should Know About ‘Goosebumps’ 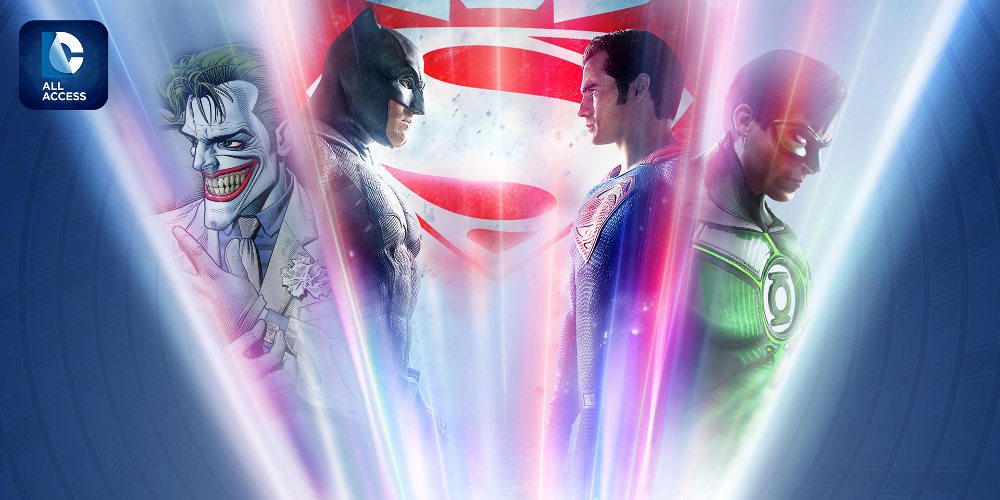