The two-part sojourn to Earth-2 wraps up with this week’s episode. On Earth-1, Caitlin, Jay, Iris, and Joe have their hands full as they deal with rampaging metahuman Geomancer, try to reverse the effects of Velocity-6 that are slowly killing Jay (made worse by last week’s Velocity-7), and get the breach stabilized before time runs out on the away team.

Geomancer calls out the new Flash, testing Jay’s capabilities by collapsing a building in the heart of Central City. Cait has worked her way up to Velocity-9 (pardon me while I fanboy squee… SQUEE! Okay, I’m back) and Jay injects himself without a second thought. Not only does Velocity-9 provide Jay with the superspeed he needs to save all three–count them, three–people in the building, but it seems to be kick-starting Jay’s own regenerative abilities, which reverse the poisoning effects of Velocity-6.

While Jay grabs a power nap, Geomancer heads to STAR Labs (I can’t be the only one who remembers Cisco bragging about the new security system he installed in the season two premiere, can I?) and threatens Cait and Iris. The two flee, but Geomancer catches up to them and seemingly knocks Cait out, only to be shot with the boot that Cisco designed and introduced in the season premiere. It sure is starting to feel like season two is circling back around upon itself, doesn’t it. 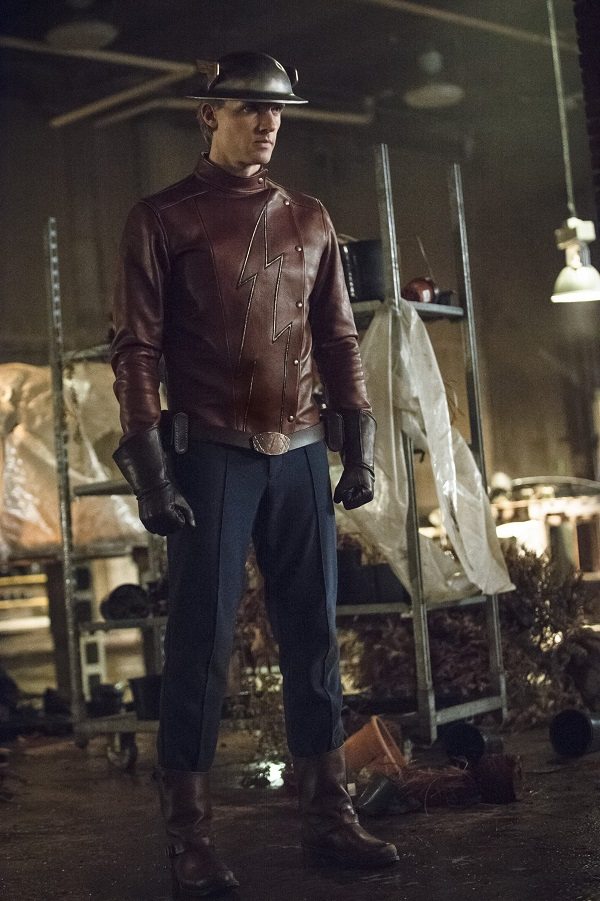 Geomancer’s attack has destabilized the breach, again. With only a minute to spare, Joe flips the switches on the rings that look a whole lot like the transporters that Phineas & Ferb built (which, in turn, resembled oversized hoop earrings) while Jay burns up the rest of the Velocity-9 in his system by creating a vortex around the unstable breach to keep Joe from getting sucked over to Earth-2.

While the Earth-1 team is playing beat-the-clock, the away team on Earth-2, frankly, doesn’t act like they’re all that rushed. I mean, Barry-1 just spent the better part of a day impersonating Iris-2’s husband. Now that Barry-1 is locked away, Zoom is hunting for Wells so that Wells can finish extracting Barry-1’s speed, then Zoom can kill the whole lot of them and go on about his business of terrorizing Central City.

Zoom seems to be doing a good job of that without Barry-1’s speed. He’s going to a lot of trouble when there is no one left alive besides Barry-1 who has any sort of superspeed, thus potentially posing a threat to Zoom’s reign of terror. 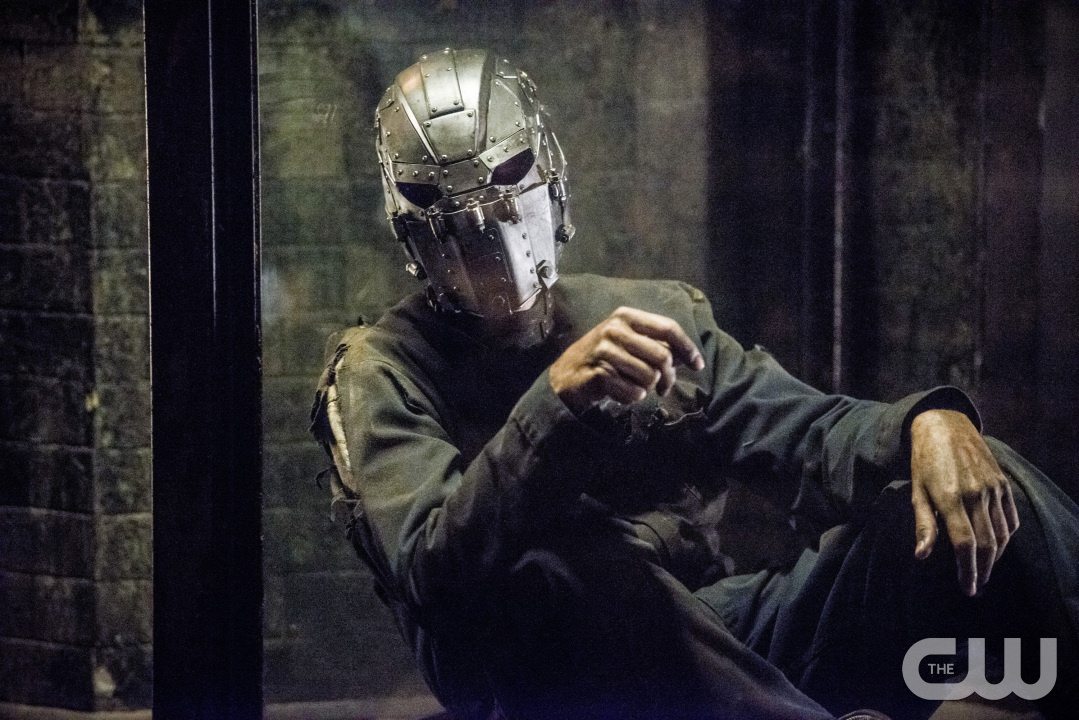 While waiting for Wells, Cisco, Iris-2, and Barry-2 to come to his rescue, Barry-1 burns up his time in captivity by trying to figure out what the man in the iron mask is banging out on his cell wall. Between Barry-1 and Jesse, they figure out that the masked man is tapping out “J-A-Y”. Barry-1 tells the masked man that Jay is alive, but not on Earth-2. The masked man is visibly upset, but we’re never explicitly told what it is that Barry-1 said that upset the masked man.

At this point, the question of Who is Zoom? is less interesting than the question Who is the Man in the Iron Mask? What was it about the message “J-A-Y” that the masked man was trying to tell Barry-1? Give us your theories on one or both of these in the comments below!

Zoom cuts off the exchange between the prisoners before we can gain any clarity. Zoom phases into Barry-1’s cell, smacks him around a little bit, then phases back out. Only then does Barry-1 get the idea that maybe he should try using his superspeed to attempt to phase out of his cell. 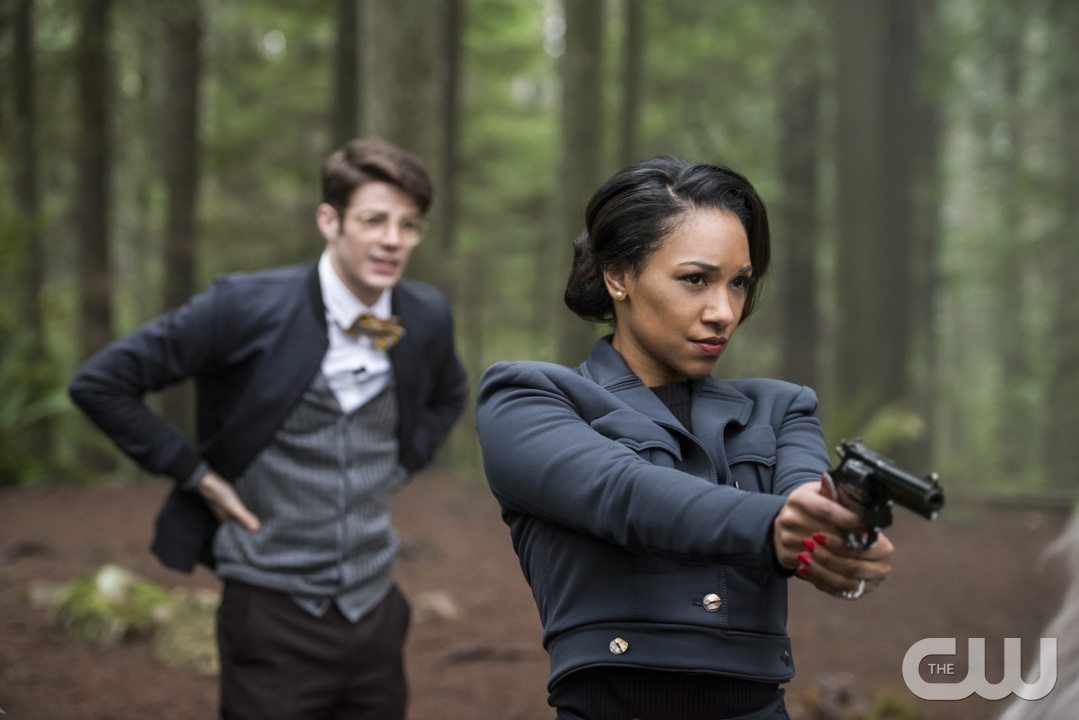 The rescue party is tired of waiting for Zoom to hunt them down. Cisco and Wells free Barry-2 and fill him in on everything that has gone down in season two thus far. Like I said, they don’t seem to be too worried about Jay, Cait, and crew on Earth-1 closing the breach after 48 hours and leaving them stranded on Earth-2. Barry-2 then repeats the story to Iris-2. Plus, I’m pretty sure they all stopped somewhere for Big Belly burgers. Who’s watching the clock?

After a brief confrontation with Killer Frost, Cisco convinces her to take them to Zoom’s lair. Cait-2 agrees and leads them to the prisoners, where Jesse is freed. Great for Wells and Jesse, not so great for Barry-1, who hasn’t been able to phase through his cell because he didn’t believe in himself enough (oh, so it’s not a physical issue, it’s a spiritual one. Huh.) and the man in the iron mask. Barry-1 tells the rescue team to get out of there, which makes sense, what with a murderous speedster on the loose, but Barry-2 tells Barry-1 that he didn’t trek all the way up to Zoom’s lair in a pair of loafers just to leave Barry-1 behind.

So, Barry-1 forgot he could use his powers to phase through matter until he saw Zoom do it. And, even though he overcame his self-doubt carried into the season two premiere (from letting Ronnie die while closing the wormhole) and his self-doubt after Zoom roughed Barry-1 up back on Earth-1, it took Barry-2’s little speech for Barry-1 to believe in himself enough to finally phase through his cell. Is this really the hero who gives the people of Central City hope? I think I’m starting to side with Iris-1’s new editor at the newspaper. Not only is Barry-1 a jerk, but The Flash-1 is kind of a chump. 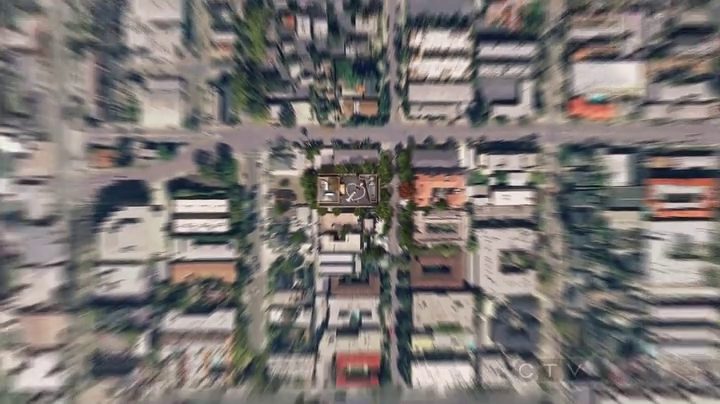 Zoom returns home and pulls a Bill Cipher. The only one that can hope to match Zoom’s speed is here, along with everyone Zoom needs in order to pull the last bit of speed out of Barry-1. Wells tries to bargain. Zoom only needs Wells and Barry-1. Zoom agrees. The rest can be killed now, starting with Jesse, who was only being kept alive to ensure Wells’ cooperation. Though, if Zoom kills Jesse now, what does he have left to ensure that Wells does follow through and steal Flash’s speed? For all his sinister plotting, Zoom’s no better at this whole “master plan” thing than the rest of these guys and gals.

Cait-2 lets it go and blasts Zoom with her frozen abilities, buying the team enough time to get out of there and back to STAR Labs, but not enough time for Barry-1 to save the man in the iron mask. Barry-1 swears that he’ll come back and rescue his fellow POW, but exactly how or when he plans to do that after they close the only remaining breach between the two worlds is beyond me.

Barry-2 and Iris-2 head to Atlantis to lay low until this whole Zoom thing blows over. Cisco and Jesse head through the breach and into Earth-1, literally at the last minute. How fortuitous! Now, how did they get through without a speedster to take them through, again? Fuzzy sci-fi logic is one thing, but keep it consistent, people!

Barry-1 is ready to take Wells through the breach, but Zoom is thawed out and has Wells in his clutches. Wells injects Zoom with something–presumably the slowing serum–and Barry-1 whisks the two through the breach. Barry yells for Jay to throw the football and close the breach. Jay does, the breach begins to collapse, and everyone cheers. Except for the man in the mask banging away in his cell. Who’s going to rescue him now?

For some reason (inconsistent sci-fi logic), the breach doesn’t slam closed like all the others did. And, for some reason, Jay is standing right next to it with his back to the only hole in the room where Zoom can still reach into Earth-1. Why not, right? What could possibly happen?

So, Flash fans, here we sit. Supposedly, the breaches are closed and the two earths are sealed off from one another. Jay’s back home, assuming he survived the hand through his chest. The man in the iron mask is still in his cell. Cait, has lost another fella. Wells and Jesse are on Earth-1 with no way to easily slip into the general population, since Earth-1 Wells-who-wasn’t-Wells was a public figure and is deceased. But, we have Velocity-9, Jesse Quick, Wally West, and writers who are playing fast and loose with their own established laws of sci-fi physics, so there’s no telling where we’re going with the rest of this season. 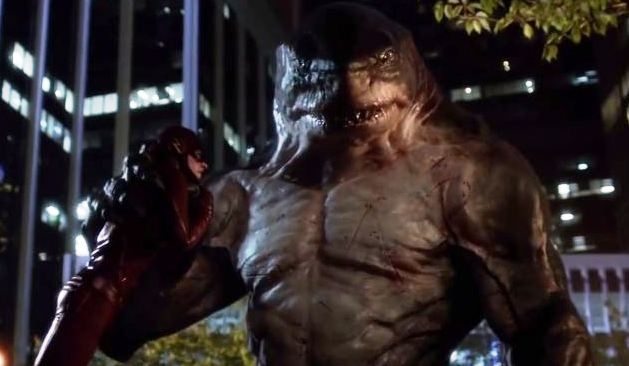 Rust: Have Jetpack, Will Travel 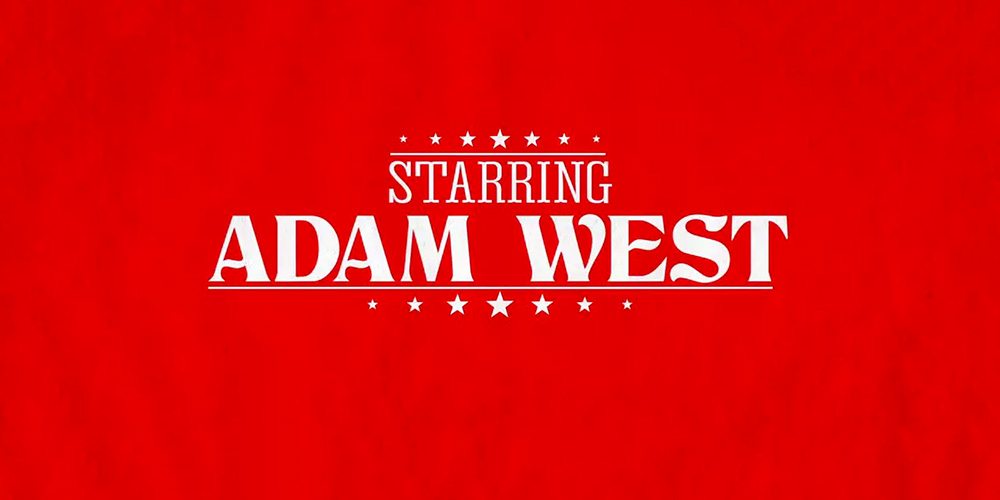