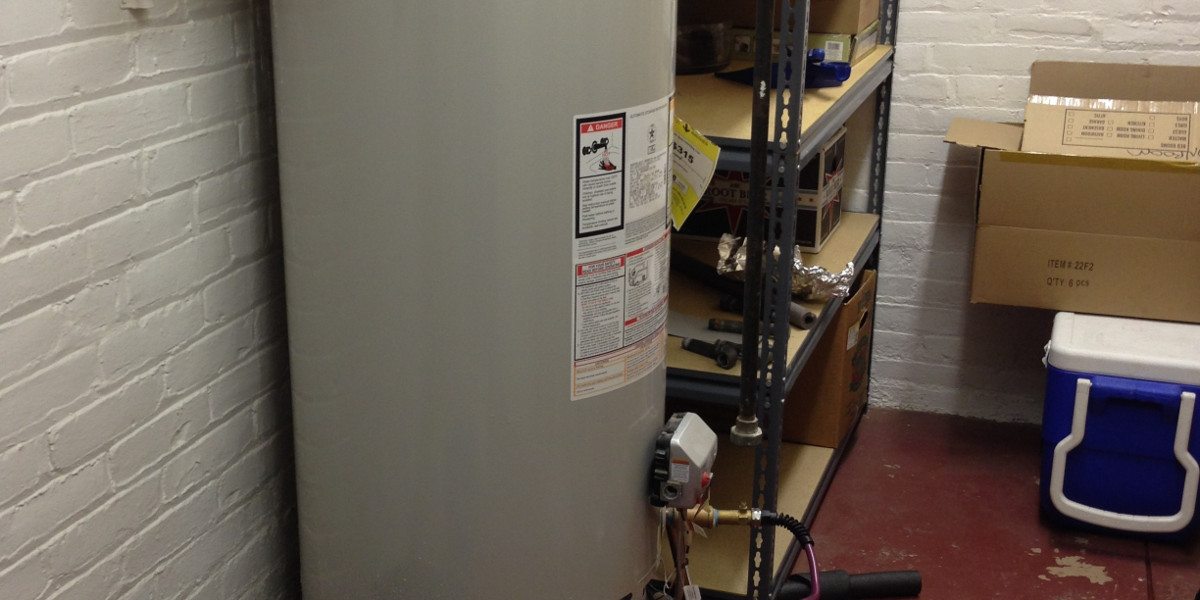 Say your water heater leaks, and the home warranty company sends a plumber, who tells you the water heater needs to be replaced. Say that same plumber arrives the next day with a new water heater that has fewer BTU than the last one. Say you discover this while the water is being drained from the tank, and the pipes have been cut. Is it too late to tell the plumber to stop working? Or do you let him install a lower capacity tank? More importantly, what are the steps that should be taken by a plumber to replace a water heater, so that you know whether what’s happening is a-okay or a harbinger of worse things to come?

Last week, our water heater started to leak, so we called the home warranty company and filed a claim. Now, this article isn’t about the merits of having a home warranty service, so let’s not speculate on just where my problems started, ‘kay? I’m also going to avoid naming any particular companies, but rather use this as an opportunity to explore what the proper steps are in the installation of a water heater. Note, this is not a how-to guide on how you yourself can install a water heater. Frankly, if you’re looking for that kind of advice, you’re searching the wrong place. I have no plumbing expertise. None at all, save what I’ve learned to recognize and have chronicled in this article.

Anyhow, the plumbing company came and looked at the leak, and determined that it would need to be replaced. We scheduled a time for him to come the following day, once he picked up the water heater.

Now, if you’re paying attention, you’ll recognize that I never wrote Step One. Can you guess what the first step should be? If not, we’ll get back to it later (you know, when it actually happened). So these guys connect a water hose, one end to the bottom of the water heater, and the other end to the drain in the next room. And they open the spigot.

Immediately I notice small streams of water spraying out all along the hose. Since the hose runs a short distance over carpet, and since the water heater holds forty-eight gallons of water, I’m not keen on letting this continue. I mention the leak. The plumber is irritated, since he just purchased the hose. His partner points out that the hose is a Sprinkler Hose and not a Garden Hose (for those of you not familiar with the difference: A Sprinkler Hose is one that you can lay out along your garden that you turn on and it sprinkles water at regular intervals along the hose itself, also sometimes referred to as a drip hose. A garden hose only has openings at either end). A garden hose is what you want for indoor projects such as draining a hot water heater.

Tip #1: Make sure the plumber is using the proper type of hose.

While the old water heater is draining (which will take a while), this is a good time for the plumbers to retrieve the new water heater and set it aside, ready to install once the old one has been removed.

Before the plumbers arrived, I took a picture of the label for the old water heater.

I wanted to be sure I was getting a comparable product. When the new one was brought down, I took a picture of the new label (so I could sit at my computer and compare the pictures side by side). Unfortunately, I can’t seem to upload that picture. Suffice it to say, I noticed a significant discrepancy between BTUs in both models (the old one had 65,000 BTU, the new one 40,000). So I asked the plumber about the difference.

He tried to explain that the newer models were more efficient, that the lower BTUs translated to how much energy is needed to heat the tank in one hour. This didn’t exactly mesh with what I had read online, so I read more. Incidentally, I didn’t find any source online that could verify what he was telling me, either about the greater efficiency of newer tanks or the explanation of BTUs.

My family moved into our current home two years ago. Before moving, we had refinished our kitchen and our attic, including renovating the bathroom up there (no, we’re not going to discuss the inherent foolishness of our choices). In our new house, we finished the basement, including redoing the bathroom. For all these projects, we hired the same general contractor, whom we consider a friend (his wife also happens to teach at our children’s school, where his daughter has been a classmate of my youngest son, so that helps too). So I called him to ask for clarification. I figured, if I don’t understand something, I should ask someone I trust for answers. He called the plumber that had worked on our projects, and they confirmed my apprehensions.

I told the plumber (still draining the tank, which was taking an unusually long time) that I did not want to install the tank, but rather wanted one with a comparable BTU. By then he was cutting the pipes leading into the water heater, so that once the tank had emptied, it would be ready to haul out. He contacted his distributor, who explained that the other tank would likely cost $200-$300 more, and that I’d have to get approval from the warranty company.

Tip #4: Make sure your replacement product is comparable.

I called the home warranty company, and the “upgraded” tank was approved. Because, you see, it was comparable to the existing one. I won’t go so far as to say that they were trying to scam us into having a cheaper tank, but it is your responsibility to double check that the two products are comparable.

The plumber left, wanting to get the unwanted tank back to the store so that he could be back the next day to install the proper tank. He reassured me that the bit of water dripping from the hot water pipe would clear whatever was still in the system in about five or ten minutes.

Now, here’s where we crank up the drama.

The closet where the water heater resides is adjacent to a larger carpeted room. Whether we were fools to carpet a basement room is beside the point, but as water was dripping onto the top of the water heater and then onto the floor, slowly flowing toward the edges of the room and toward the carpet, I mopped. I had three buckets in the room so that I could empty one while another caught a heavy stream flowing down the side of the water. Old towels lay like sandbags against the exposed wood frame. And I mopped. And mopped. And mopped.

In the time it took to empty one bucket into the utility sink across the basement and return to the closet, the water had flowed dangerously close to the wall again. I kept a frenetic pace, interrupted only by pressing buttons on the phone as I attempted to connect with the home warranty company.

They opened a claim for emergency plumbing work, and gave me a number for someone to call. Forty minutes later, nobody had called. One hour later, they also hadn’t returned my messages. The warranty company gave me another number. This company did answer. Yay! Someone was on the way.

Meanwhile, two of my sons return home on the bus. I call them down and explain what I need. So while one helps me mop and empty buckets, the other rigs up a funnel of sorts. I needed something to channel the water coming out of the pipe to go more directly into the bucket, so that I could dry off the top of the water heater and thus control the leak. I gave him guidelines and let him go. He returned with three nested Ziploc bags cut along the bottoms and taped together in a staggered pattern. After duct taping the bottom to narrow it, we slid it in place (held in place by the adjacent pipe still stuck to the old water heater) and watched as water flowed directly into the bucket. The water heater was still leaking, thus still requiring some mopping, but the burden was much eased.

Finally, the emergency plumber arrived, and proceeded to do what should have been done at the beginning.

Step One: Shut the water off throughout the house and drain all the pipes.

Yeah, since this hadn’t been done, water continued to flow through the pipes, and the water drained back–via gravity–down and out of the cut pipe above the water heater. Which meant that I would have to continue mopping until all the water cleared out of the pipes. Yeah. That sucked.

Anyhow, since we have steam heat, the emergency plumber also shut off the furnace. As temperatures dipped down into the single digits overnight, my family was forced to stay elsewhere.

The home warranty company informed us that we could either use the original plumbing company to replace the tank the following day, or we could choose a cash payout to go to a plumber of our own choosing. We chose the latter. A quick phone call to our general contractor friend later, we went to sleep.

The next morning, my husband and I returned to the house to discover the inside temperature was forty-five degrees.

We headed to the local coffee shop to await the arrival of our plumber. The first thing he did was turn on the furnace and start to reheat the house.

Tip #6: You don’t need to shut off the furnace, even if it’s steam heat.

The furnace is a closed system. It heats the water, the steam travels up through the pipes to the radiators (which radiate heat), then the cooled water drips back down through the return pipes to the furnace to be heated again. Turning off the furnace was entirely unnecessary, and while we still likely would have stayed elsewhere overnight, we did not have to return to a housecicle.

Step #4: Let the true professional do the job

Our plumbers mentioned that they play cleanup for a lot of these home warranty jobs. Now, I’m not going to disparage every contractor who works for these home warranty companies, but I would caution you to do a little research. When you are assigned a service provider, check Angie’s List, the Better Business Bureau, and any other review sites to reassure yourself that you are getting a contractor you can trust. Or ask your neighbors (in person or online) for recommendations of contractors. And if you’re concerned, call the warranty company and ask for someone else. If you can’t get anyone else, consider whether the low cost of the repair (and potential new problems caused in the process) is worth your peace of mind. And whether it really does end up cheaper in the end. 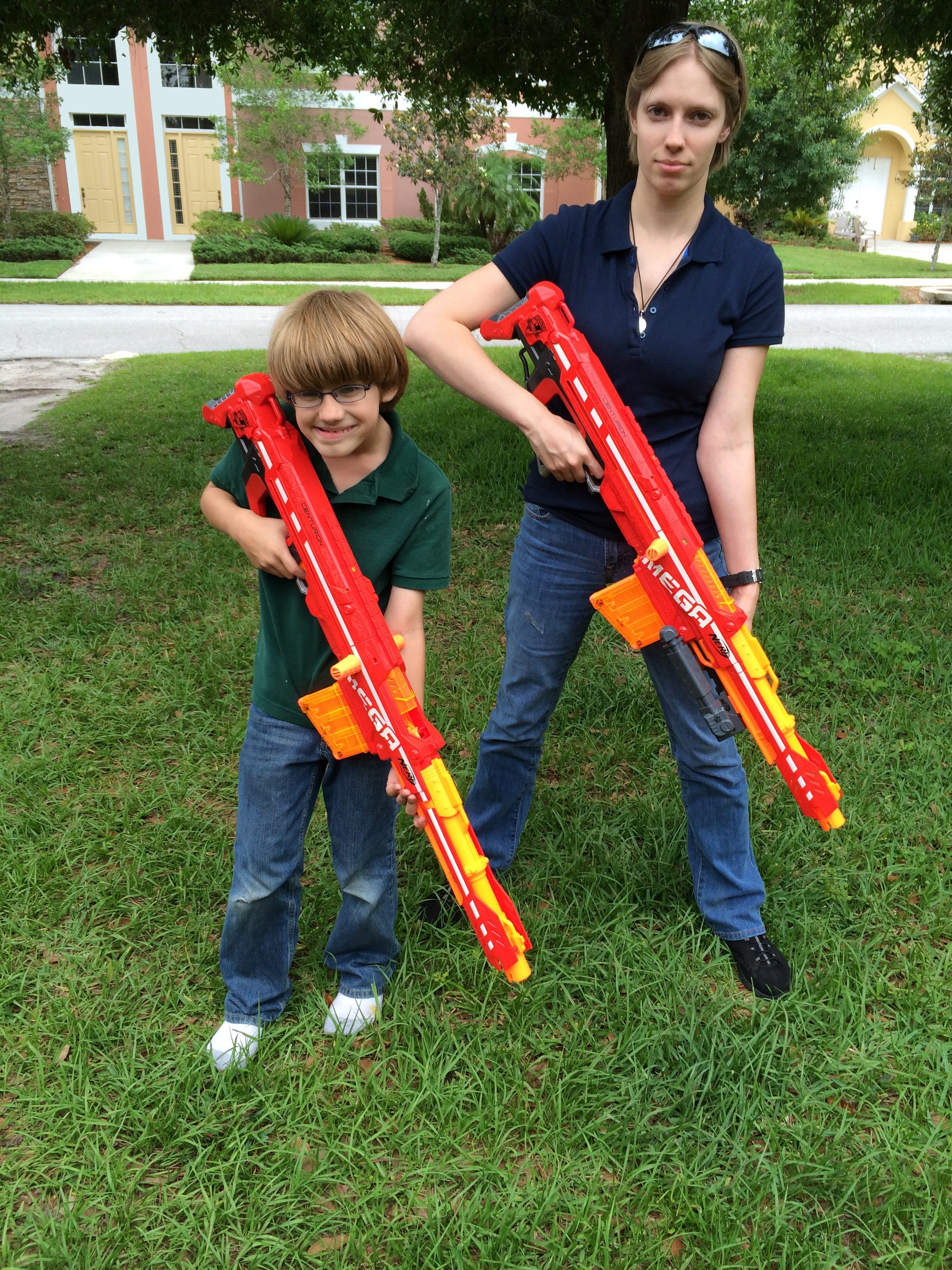 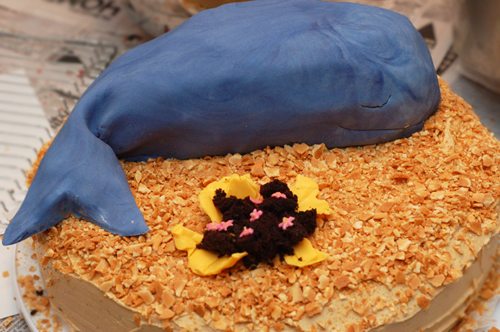 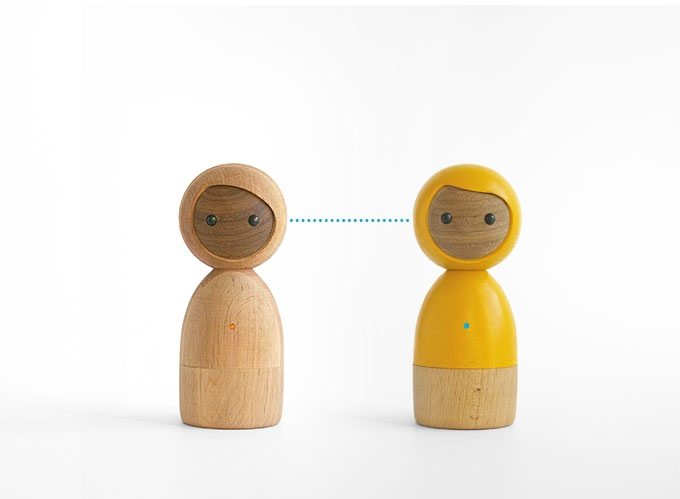 Fund This! My Magical Adventure, HidrateMe, and Avakai!