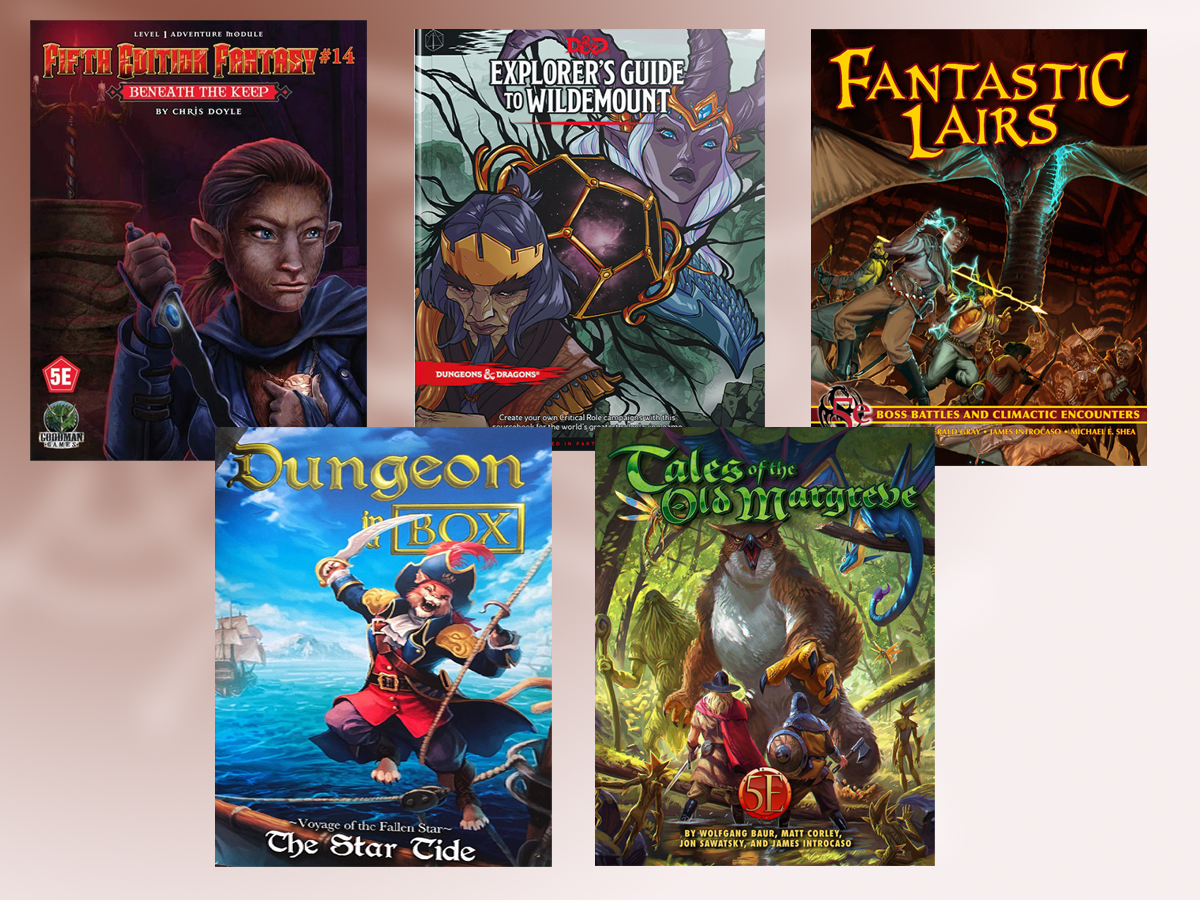 When looking for standalone stories or themed D&D one-shots, finding the best adventures to play with your Dungeons & Dragons group is not always easy. I’ve written before about searching for D&D one-shots, and how finding an adventure that only lasts one or two gaming sessions over a few hours can be a real challenge. It can be even harder to find suitable one-shots for new players or for those returning to the hobby that want to start at the lowest level.

So, following on from my previous articles looking into D&D one-shots, this post presents a small selection of low level stories that are designed for level 1 characters. Each from a different publisher, some of these D&D one-shots are part of larger collections, whilst others are available as single purchase adventures, but they are all designed for 1st level characters and are the perfect place for your players to try out those new character concepts they’ve been saving for a rainy day—and they can all be played remotely if needed, too.

To see those previous D&D one-shot articles click one of the links below:

Caves of the Cockatrice – Fantastic Lairs 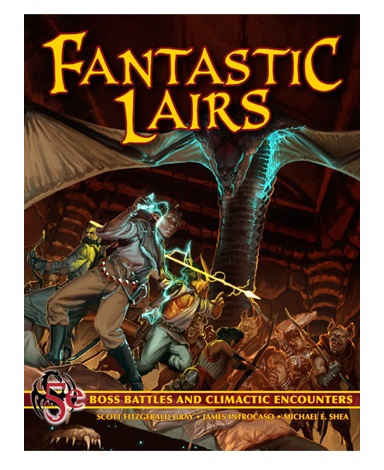 Fantastic Lairs is a book of 23 purpose-built lair encounters for D&D 5th edition, designed to inspire and fit into any home campaign. Each lair works as either a standalone D&D one-shot, or can be slotted into a long-running campaign and includes various boss encounters for characters of all levels.

One-shot overview: A cockatrice and her twisted offspring have long laired in a cavern complex rumored to be a site of ancient fey magic. Treasure hunters, explorers, and underground wanderers are drawn to seek this mysterious site—and are never seen again. This lair is designed for four to five 1st level characters.

This is a fun 1st level adventure that can easily be modified for more or fewer players and will make a great start for a wider campaign if you want. The module is well put together and easily ran with minimal effort from the Dungeon Master and will offer fun rewards for players who are willing to put their new characters’ lives on the line.

Beneath the Keep – Fifth Edition Fantasy #14 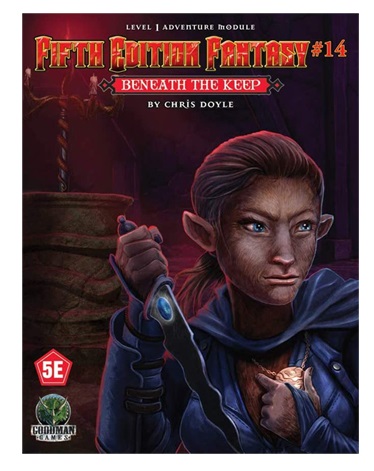 Beneath the Keep is #14 in the series of D&D one-shots from Goodman Games. These one-shot adventures can either be played as standalone stories or slotted nicely into your existing homebrew campaigns, and while most of the other one-shots here can be played in a single session, this one may take slightly longer depending on the choices your players make, so be prepared for this to run over two sessions.

One-shot overview: During a brief stop-over at a wilderness stronghold, a simple trip to a local provisioner reveals foul play. The shop has been broken into, and the shopkeeper is missing. The heroes are thrust into an investigation and the clues they discover may hint at larger corruption festering among the lands surrounding the stronghold. The adventurers must discover what sinister forces lurk beneath the keep.

Beneath the Keep is an ideal D&D one-shot for new players and can easily be used as the foundation for a bigger campaign, there is a good balance between the three core pillars of D&D—roleplay, exploration, and combat. New Dungeon Masters should also be able to run this without much fuss, and the investigation into corruption in the town is something new players can really get their teeth into.

The Star Tide – Dungeon in a Box 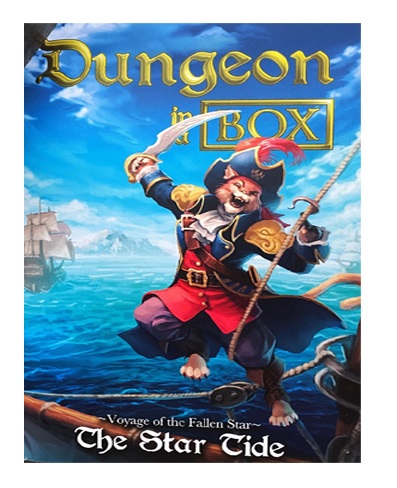 Dungeon in a Box is a really cool D&D monthly subscription box that contains everything you need to run an epic adventure. Each month the next part of the adventure is sent to your door and your characters progress from 1st level all the way to higher levels at the adventure’s climax. The Star Tide is the first adventure of the campaign and acts a perfect 1st level one-shot and you can choose to just receive the first box or subscribe for the year and receive the whole campaign.

One-shot overview: A group of heroes investigate the remains of a temple devoted to worshiping the sky. The party aren’t the only group on the trail, however, and when they return to town, they find an unwelcome welcoming committee laying in wait for them.

This is a great 1st level adventure, featuring some cool nautical battles and some interesting NPCs; I particularly enjoyed the tabaxi captain, and the final fight with a dragonskull hermit crab is inspired. This one-shot can easily be played in a single session and will last between 2-4 hours, depending on how side-tracked your players are likely to get talking to a cat pirate. 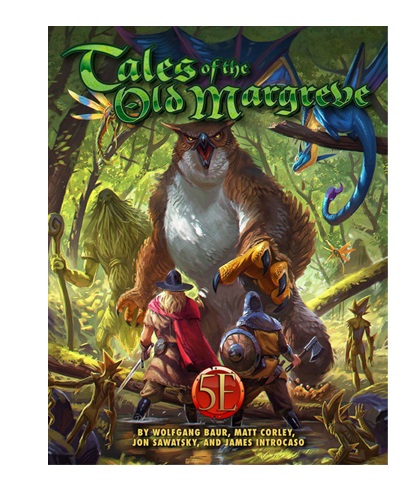 Hollow is a 1st level one-shot adventure found in Tales of the Old Margreve from Kobold Press. It takes place deep into the ancient, magical forests of the wonderful Midgard fantasy setting and is ideal for players who are perhaps more familiar with Dungeons & Dragons, but are looking for something away from the official sourcebooks.

One-shot overview: The heroes stumble upon a village full of superstitious locals who have a very real fear of “the things that live in the trees.” What staggers out of the forest causes the locals to bar the doors, and so the heroes must help as the village is assaulted by evil fiends seemingly controlled by a magical tree.

I really enjoyed this D&D one-shot, especially the encounters with new creatures which I hadn’t had the chance to run before. Tales of the Old Margreve comes with new spells, monsters, magic items, and wondrous locations; a monster appendix; and 12 brilliant one-shot adventures suitable for heroes from 1st to 10th level. 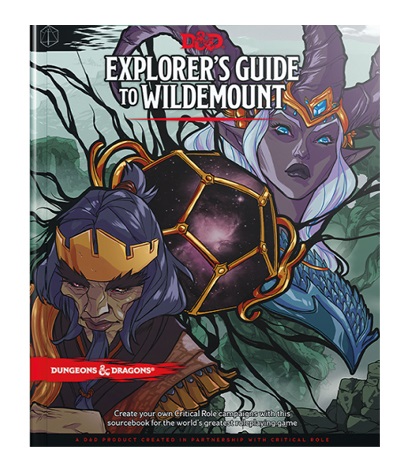 Explorer’s Guide to Wildemount is the official sourcebook for Critical Role. Written by Matt Mercer, not only does it contain all the details and information required to create your own campaign set in Wildemount, the continent where the second series of the popular web show is based, but it also contains four wonderful 1st level adventures that are perfect for introducing players to the campaign setting.

One-shot overview: A peaceful celebration is shattered when an earthquake strikes and enemies attack out of the chaos. The heroes must escape the sahuagin onslaught and regroup, recruiting allies and gathering enemies along the way, before visiting a nearby town and a climatic final battle.

Tide of Retribution is my favorite of the 1st level one-shots collected here. Not just because I’m a massive Critical Role fan, although I am definitely biased. However, it is also probably the most complicated to run. It will last a little longer than the others here and, by the end, your players could well be level three, but they would have had a great time battling sahuagin and weird shark people abominations along the way.

Each one of the D&D one-shots collected here are ideal for new or returning players and can be the beginning of a long-running campaign, or just a fun single session one shot to test out some new character concepts.

Please remember, however, that playing such low-level heroes can be a real challenge, especially for new players who might expect their characters to be impervious to all damage or even be spellcasting champions. The reality of playing a 1st level character, often with hit points in single digits, can be quite a shock for some players, so it’s important that any 1st level adventure you pick is suitable and understands just how squishy low-level heroes can be. Unless you’ve already stated otherwise to your players, it’s a good idea to go slightly easy on 1st level players. Remember: as a Dungeon Master it’s not your job to kill the players, but to facilitate the start of a fun, potentially long-lasting adventure that could go on for many years.

Finally, if you’ve had a look at these D&D one-shot adventures and they don’t seem to be the right fit for your group, there are still more options for you. Both the D&D fifth edition Starter Set and Essentials Kit have excellent low level adventures—albeit not likely to be completed in a single session—and will be particularly great for 1st time players. Or, if you’re feeling a bit more adventurous, you could always create your own D&D one shot, although for first time Dungeon Masters I would recommend using a pre-made one first, just until you get used to the rules, etc. 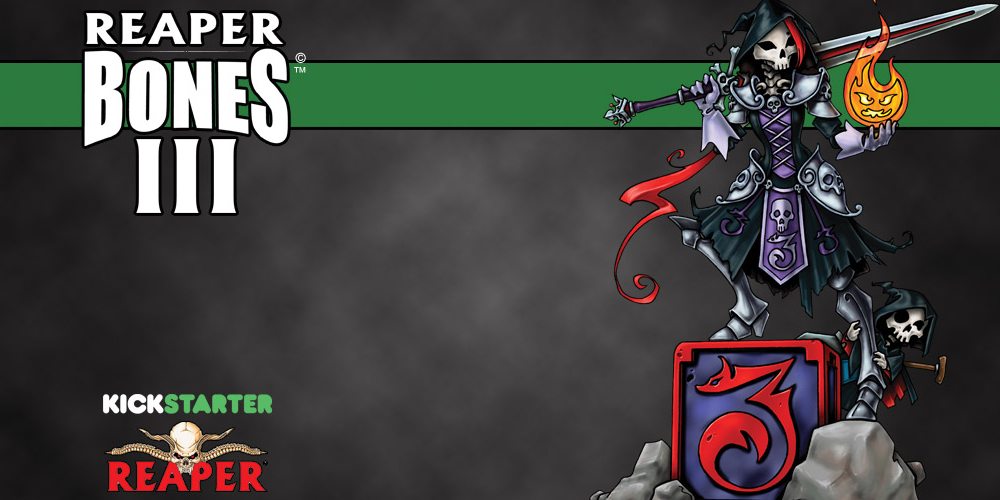 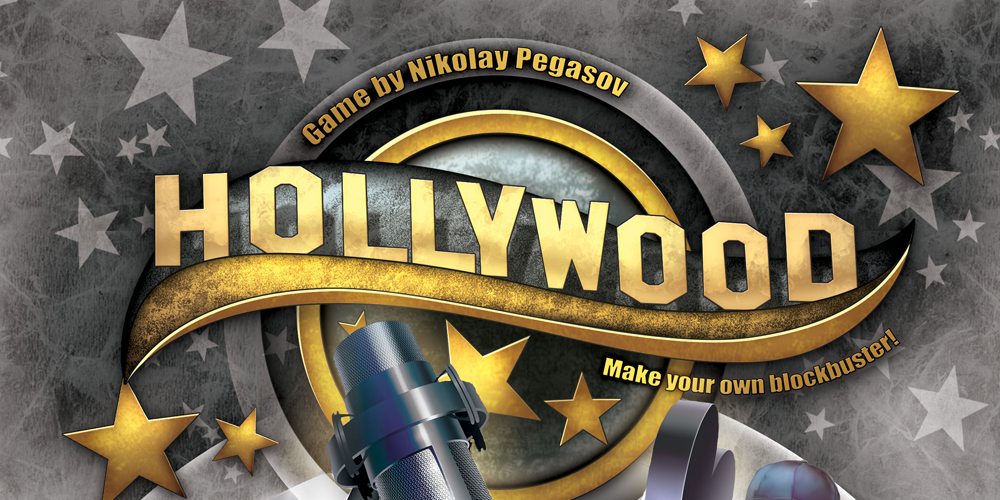