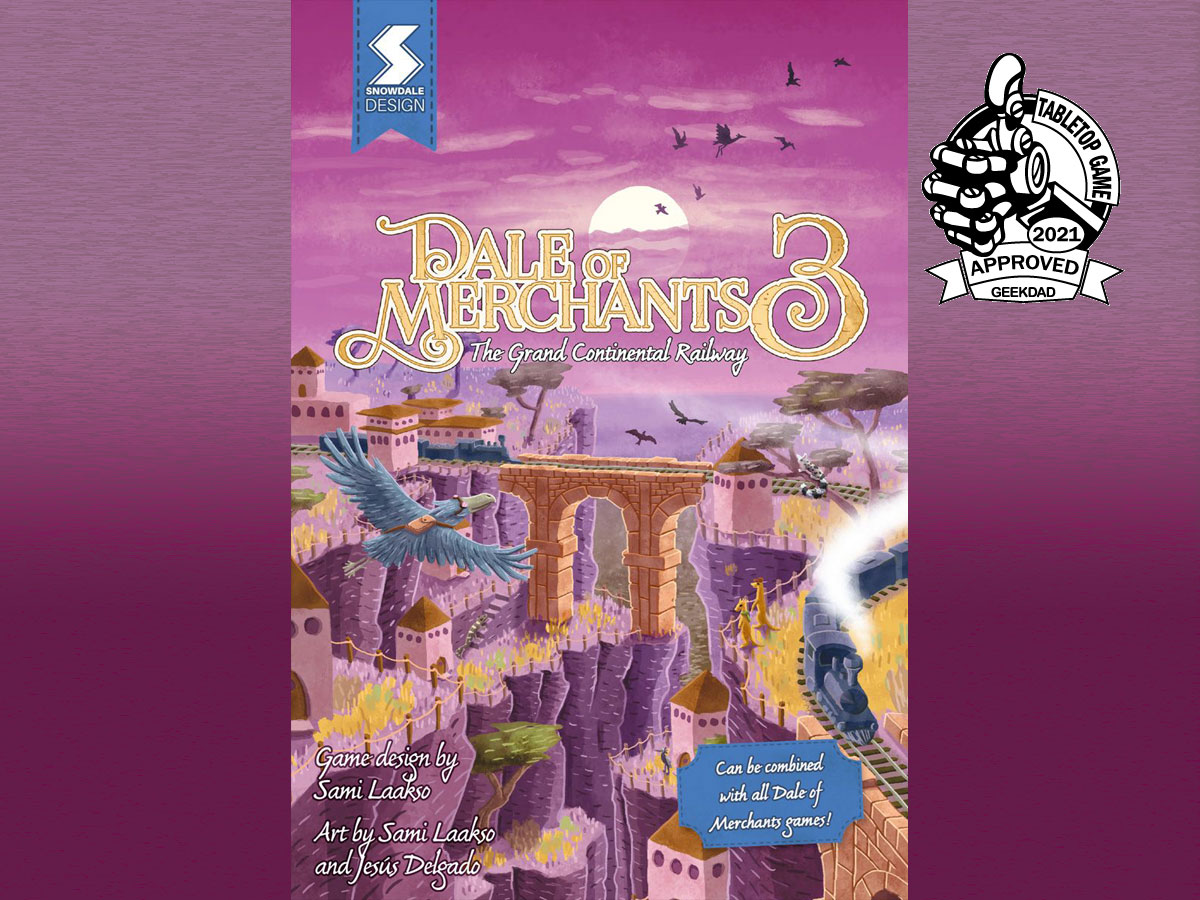 Welcome back to Daimyria, the land of animalfolk traders. It’s time to build a railway network, and what better way to choose a Railway Manager than another trading competition? Gather your junk and head to the market, and see if you can fill your stalls with valuable merchandise!

In “Reaping the Rewards,” I take a look at the finished product from a crowdfunding campaign. Dale of Merchants 3 was originally funded through Kickstarter in May 2020 and started shipping to backers in late 2020. It’s now available to order for those who missed the Kickstarter campaign. This review is adapted from my Kickstarter Tabletop Alert, modified to reflect finished component quality.

What Is Dale of Merchants 3?

Dale of Merchants 3 is the latest set in the Dale of Merchants series, a deck-building game for 2 to 4 players, ages 10 and up, and takes about 40 minutes to play. It retails for 19.95€ (about $24 USD) and is available to order directly from Snowdale Design, or you can check in with your local game store. Dale of Merchants 3 is a stand-alone game, so you do not need previous editions to play, but it is fully compatible and can be combined with other sets. The various animals in the sets have different degrees of complexity, interactivity, luck, and nastiness, so you can tune the game somewhat to your group’s preferences, particularly if you have more sets available.

Dale of Merchants 3 was designed and illustrated by Sami Laakso and published by Snowdale Design, with additional illustrations by Jesús Delgado.

Each of the Dale of Merchants sets has come with one animal that uses dice; this time, it’s the snowshoe hares, who have a blue die marked with symbols like comets, planets, and stars. As before, it’s a rounded wooden die with engraved and printed icons.

The artwork on the cards is wonderful—Sami Laakso not only designs and publishes the Dale of Merchants games but also does the artwork. There are portraits of each animal (on the “1” value cards), and then their various goods on the rest of the cards.

All of it comes in a compact box that’s smaller than your typical trade paperback. It’s one of the things that I’ve really liked about the Dale of Merchants series, that it’s a deck-building game in a tiny package. And, of course, if you own the Dale of Merchants Collection, this latest set will fill in the insert.

How to Play Dale of Merchants 3

You can download a copy of the rulebook here. Since the game rules are the same as in previous sets, I’ll refer you to my review of the Dale of Merchants Collection if you’d like to find out more about how the game plays. The goal is still to build your 8 market stalls first, and the gameplay is the same as well: draw 5 cards, and take 1 action on your turn (play a technique, buy a card from the market, or build a stall).

The one new keyword in this set comes on the Tree-kangaroo cards, allowing you to store cards. Stored cards are placed face-down on top of the card that allowed you to store them, and they can’t be targeted by any other effects while stored. Usually, you’ll draw stored cards into your hand (and then discard the card they’re stored on) at the beginning of your next turn, but some cards will allow you to throw stored cards away as well. 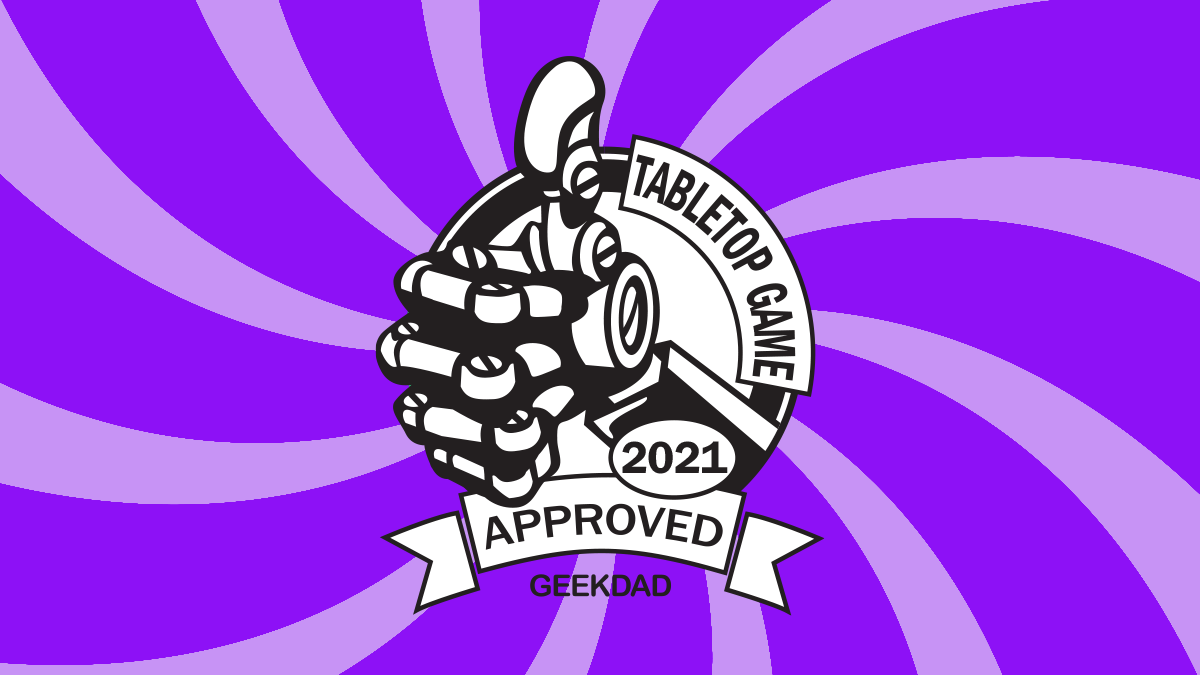 Why You Should Play Dale of Merchants 3

I first came across Dale of Merchants during the Kickstarter for the second set, and I took a gamble on it and backed for both sets 1 and 2 without having played it. I was delighted to receive a clever deck-building game (one of my favorite genres) that took an approach I hadn’t seen much before: one in which removing cards from your deck was not just a good strategy, but directly tied to victory. For those who have played a lot of deck-building games but haven’t always focused on “trashing” cards, the usual approach of building a good deck engine doesn’t work as well, because Dale of Merchants isn’t about scoring points—it’s a race to the finish. Finding the right balance of building the deck and building your market stalls is key.

In case you weren’t aware (since the titles may be a little confusing), there are actually four (and a half?) sets in the Dale of Merchants series so far. 1, 2, and 3 are all small-box sets, similar in component count. The Dale of Merchants Collection (which came between 2 and 3) is the big-box set that has 8 animalfolk instead of 6; a lot of extra components like trap cards, character cards, and coins; and a large insert to store the whole kit and caboodle. (That “half” I mentioned is the Eurasian Beavers set, a mini-expansion that is just a single animal.) Although the collection rulebook doesn’t list any more animalfolk beyond this set, Laakso has told me that he hasn’t officially announced 3 as the final set, either. My collection box is getting pretty full, though, and there aren’t spaces for any more dice, so I guess we’ll see!

For existing fans of Dale of Merchants, this will be an easy decision: there’s always room for a few more animals, right? It’s a nice price to expand on a delightful world, and the new animals give you more options to mix and match. The collection includes a deck of cards with a little bit of info about every animal set. Most of the animals in 3 are low or medium complexity, and low interactivity, and almost no nastiness—that’s good for those who don’t like a ton of conflict, and also for new players who are learning the system.

For those who want a bit more direct interaction, the Echidnas and the Magpies ramp it up quite a bit. The Short-beaked Echidnas have some abilities that will let you swap cards with other players—there are even some that let you swap cards from a market stall! But, of course, in some cases the other player now has the ability to borrow something of yours, so you’ll have to borrow judiciously.

The Green Magpies aren’t just interactive—they’re also nasty because they’re capable of outright stealing instead of just borrowing, but there’s a catch: they have to make a correct guess first. This is an animal set that is definitely designed for players who are familiar with the game, particularly those who are able to keep track of what other players are acquiring from the market. If you can remember the name of that card your opponent keeps using, you may just have a chance to steal it (or at least throw it away). I wouldn’t recommend the magpies for first-time players, but for those who know the game well, they can make for some real mind-games.

The White-headed Lemurs seem to have buyer’s remorse: most of their abilities are about throwing away cards and getting replacements from somewhere, so it really gives you that feeling of trading up (or down) to get just the right card you need.

With this set, there are now 27 different animals to choose from, so you can use this handy deck-selection tool to give you picks based on which sets you own and what your preferences are for complexity, interactivity, nastiness, and randomness.

I’ve really enjoyed the Dale of Merchants series: it’s a deck-building game with some twists—the focus on building stalls to win the game can be at odds with the usual drive to simply acquire the best cards, and I love the way that you can mix and match animalfolk sets to tune the game for your particular tastes.

If you’re new to Dale of Merchants and you enjoy deck-building games (or cute animals), I encourage you to check this one out—maybe try it on Tabletop Simulator, or take a chance on set 3 first and then decide later if you want to pick up the rest of the collection later. 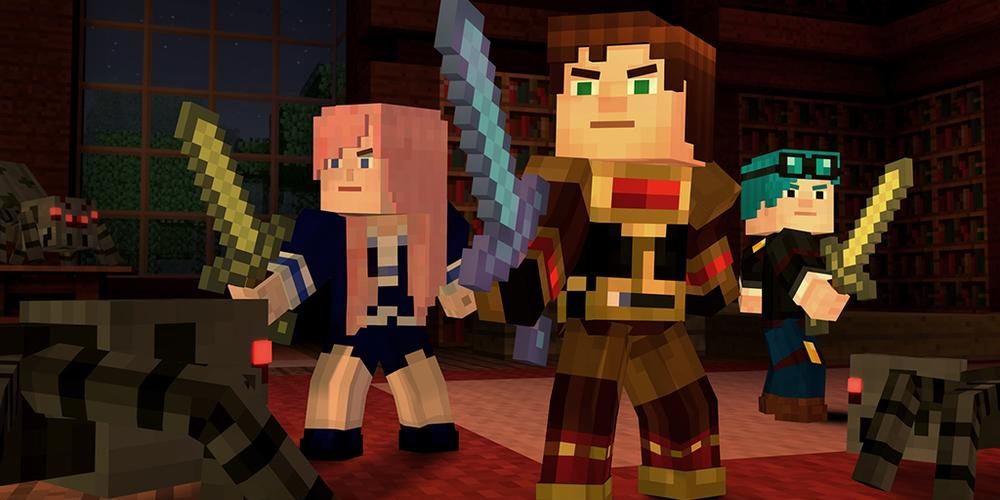 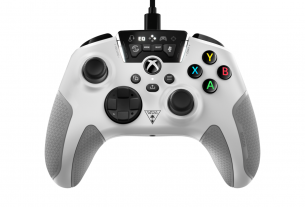