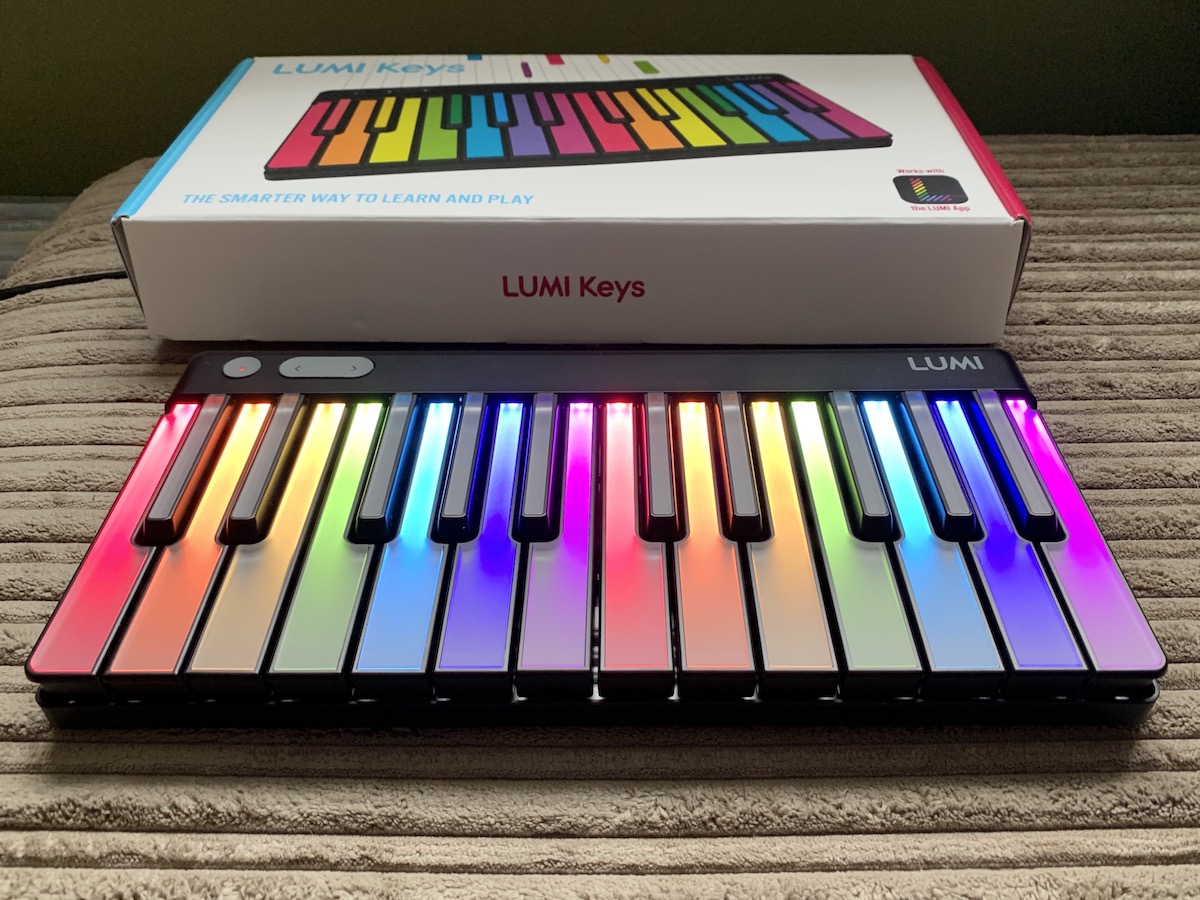 As a frustrated musician wannabe—someone who loves music but has never been able to play an instrument—I’m always on the lookout for ways to sneak into musicianship. The biggest win for me was Rock Band, but even then my lack of coordination kept me at medium difficulty on any instruments, at best. When Rock Band 3 included a pro level with a keyboard and an actual Squier Stratocaster six-string electric guitar, I had high hopes, but those were once again smashed. When I saw LUMI Keys from ROLI, my hopes were raised once again.

LUMI Keys is a mini keyboard with keys that light up using LEDs. Combined with an app that translates music into colored patterns, the system is billed as “the easiest way to learn the piano.”

It Lights Up, But LUMI Keys Hardware Is Impressive All Round

I will freely admit that the first glimpse I saw of LUMI Keys had me sold. The keys light up with LEDs. And not crappy, spotty light, but bright and beautiful LED lighting. ROLI calls it Brightkey technology, which is apt. The LED lighting is for a practical reason—not just because it looks awesome—but it certainly doesn’t hurt the visual appeal of this mini keyboard.

Beyond the LED lighting, I found the keyboard seemed very well made. It felt solid. It charges or physically connects to a PC (MIDI) using USB-C. It has Bluetooth 5.0 wireless connectivity. In terms of the keys themselves, I thought they were very well done. They were large enough for my fingers, and they had a good feel. I’ve played around with plenty of small keyboards and their keys felt small, cheap, and unresponsive in comparison. I’m not a musician so I’m just going to repeat ROLI’s description of the keys:

In addition, the LUMI Keys is equipped with magnetic DNA connectors that let you snap on additional LUMI Keys keyboards to create a full-sized (or fuller-sized) setup.

LUMI Keys is truly portable. Not just small enough to carry around (about 11 x 5.5-inches and 1.3 pounds), but it’s also equipped with a rechargeable Lithium battery good for six hours of playing.

The LUMI App: The Key to Actually Learning to Play

So far, LUMI Keys is a very cool portable, mini keyboard with light-up keys. However, the selling point of this whole thing is to teach you to play the piano. That’s where the LUMI app comes in.

You’ll need to create a free account, then connect the keyboard to your smartphone or tablet using Bluetooth. The app then begins your education. It’s broken down into a series of lessons that teach piano fundamentals such as various chords and scales. It does so by showing the notes on your device screen in a color, then lighting up the corresponding key on the LUMI Keys in the same color. As you press a key, it turns white and plays the associated note over your device’s speaker. Each lesson has a challenge where your ability to keep up with the notes is measured.

In addition, there is a library of 40 songs that play with the color-coded notes scrolling down the screen. It’s your job to hammer out the corresponding colored keys on the keyboard. You’re scored on your performance. As you progress through the lessons, the songs become more difficult to play.

If the approach seems familiar, it will seem like old hat if you’ve played Rock Band or Guitar Hero. The included songs lean toward old-timey and classical and there is a limited number to choose from. That limits the appeal. However, ROLI also offers a LUMI Complete subscription service. This includes a growing library of over 400 songs, including pop and rock classics. The subscription also includes hundreds of additional exercises and lessons.

Unfortunately for me, the results of attempting to learn to play were similar to my real-life and Rock Band experience. I just plain lack the coordination to play the piano. But never have I failed so colorfully…

LUMI Keys is also a MIDI-compatible keyboard. I had a lot of fun with this. I plugged it into my MacBook Pro, and GarageBand automatically recognized it. It’s maybe not exactly educational, but it was a lot of fun.

If you’re using the LUMI Keys as a standalone keyboard you can turn off the LED lighting, or go with more subdued white—but why would you?

The cost of LUMI Keys can be a little complicated. Officially the price of the LUMI Keys is $299. To get the most out of the learning aspect of the keyboard, you’ll want the LUMI Complete subscription. That’s $79 per year. However, the company is currently offering a pre-order bundle that includes the LUMI Keys, a $60 LUMI Snapcase (accessory for carrying the keyboard and propping up a tablet), and a $50 voucher toward the LUMI Complete subscription for $299. At the time of writing, ROLI was taking orders for the 8th batch of LUMI Keys—the previous seven batches sold out and the current one will be shipping by mid-February.

Whether you buy a pre-order bundle or end up buying the LUMI Keys when it’s available standalone, you still have the initial $299 cost of the hardware and $79 per year going forward if you want the LUMI Complete subscription (minus the $50 discount for the first year in the bundle).

Sadly, it’s a little too late to learn to play the piano for me, or for my teenagers. I’m just too uncoordinated—something I’ve long known, but LUMI Keys was the latest system to prove that. My kids thought the interface and LED keyboard was cool at first, but quickly lost interest. More contemporary music might have helped there, but I think for many kids it’s tough to put the time into learning an instrument when video games are calling…

We had a lot more fun noodling around with the LUMI Keys in GarageBand. The hardware is nice, but really, it’s a little expensive for that purpose.

LUMI Keys is a different approach to learning to play the piano, and the LED keys go a long way toward drawing someone in. Whether it’s worth the price of entry is really dependent on whether this system is going to be used for ongoing piano lessons. That will depend on aptitude and interest. And then you need to be aware that access to a variety of contemporary music means paying for an annual subscription.

Disclosure: ROLI provided a LUMI Keys for evaluation but had no input into this review. 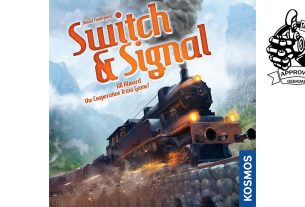 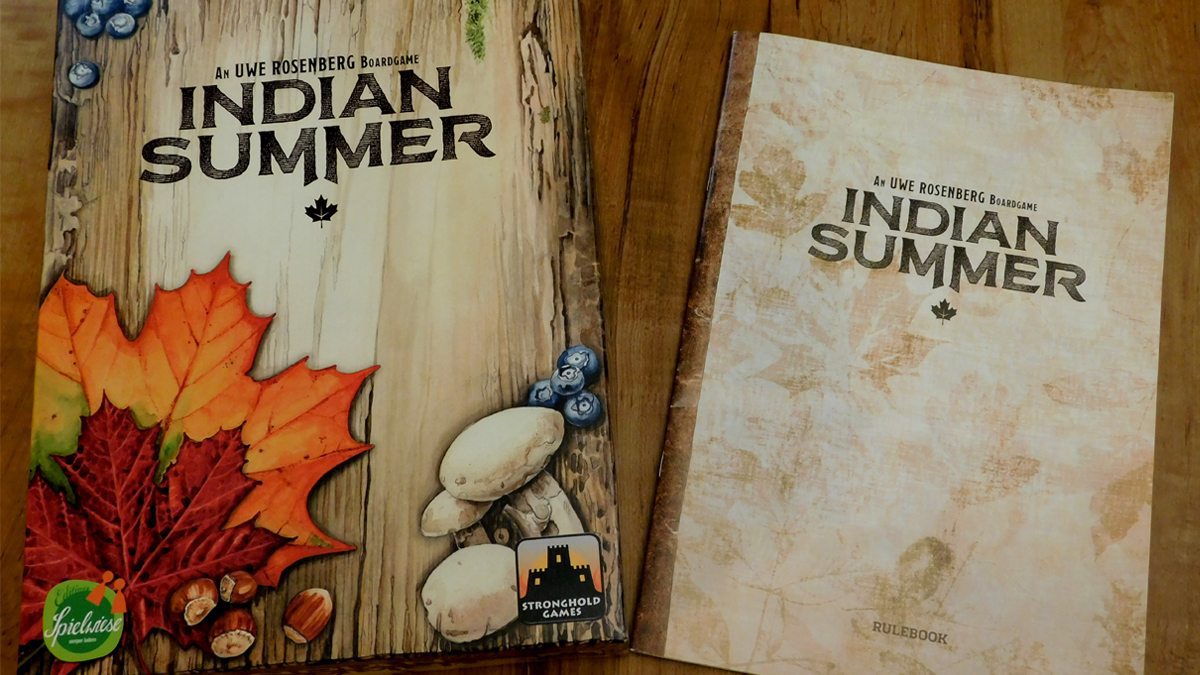