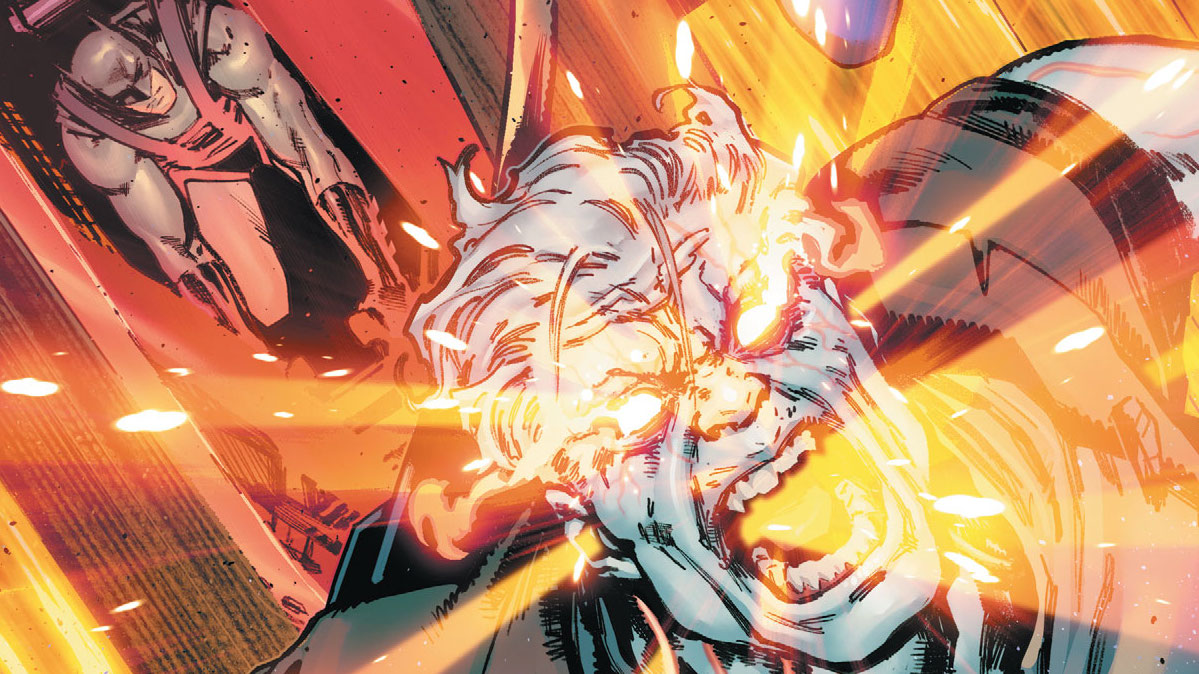 Ray: Before handing off the reins on this title to Gene Luen Yang next month, Josh Williamson has one last story—a done-in-one pairing the title heroes as they try to stop a massive Solomon Grundy-related disaster. The undead villain has mutated again, this time teeming with radiation and threatening to blow up. They need to get him to Slaughter Swamp so he can regenerate—but if he blows in mid-air, it could poison the whole Eastern seaboard. Guest-stars Poison Ivy and Colonel Jonas bicker as they try to find the right solution, and Bruce and Clark share some childhood memories. Oh, and did I mention this was in the middle of a massive snowstorm? I’m not sure if it’s the same massive snowstorm from Endless Winter, but the lack of frost giants makes me think probably not. It’s a good setup for a tense issue-long chase—one that’s about to be complicated by the arrival of an unexpected villain.

That would be Deadline, the corrupt assassin leading a team of fellow guns for hire as they attempt to retrieve Grundy for the Legion of Doom. Deadline’s only appeared a few times in some prestige comics, so his inclusion here was a surprise. There’s some great action in this issue as the mostly hapless villains put up a surprisingly good fight, but the eventual resolution is anything but violent. The surprise inclusion of another major DC player in the conclusion is a nice touch, and the final pages focus on Superman and Batman’s friendship. That’s one of the best parts of this run—it’s one of the few team-up titles like this that genuinely makes us feel like the title characters have a real bond and aren’t just being shoved together for an event book. I’m not sure what Williamson’s next big project for DC is after the Damian backup, but he’s more than proved himself worthy of a place in DC’s A-list.

Review – Justice League Annual #1: At the Edge of the Universe