Ray: Wonder Woman is fighting a losing battle in a world without love in Wonder Woman #79 as G. Willow Wilson’s final arc enters its second half, and we see things spiraling out of control in the opening segment as Diana struggles to keep a city of people with no love for their fellow man or themselves from turning on each other. Her powers are draining further with each passing minute, meaning even the slightest battles become a struggle. But Cheetah is still out there with the Godkiller sword, and Diana doesn’t shy away from a battle. The fight scene this issue isn’t quite as dynamic as the ones in previous issues, but it nicely shows off Diana’s grit – stopping a deadly weapon with her bare hands despite not having her bracelets. But I can’t help but feel like an injured Wonder Woman fighting with no powers has been done a little better in the Walmart story running at the same time. Diana doesn’t really feel like the star of this issue.

The good news is, she doesn’t have to be because so many other characters created or developed by Wilson excel in this issue. I was glad to see Maggie return from Themysrica, and her interactions with Atlantiades as the grieving demigod returns to their “kingdom” are excellent. I suspected that Atlantiades might have to take on the role of the new God of Love to restore things, and it seems to be moving in that direction. Wilson’s Veronica Cale continues to be an excellent antihero, terrorizing a minion and hacking Cheetah’s power to identify Luthor as the source. The implication that a rivalry may be building between Cale and Luthor is very intriguing, and I hope she dogs him all year. The ending, though…Wilson’s take on SteveTrevor and his relationship with Diana never felt the most involved, but the “breakup” this issue sort of comes out of nowhere, even if it’s spurred on by magic. The big ideas in this run are intriguing, but the little details sometimes need work.

Corrina: Seeing Diana so bereft, so lacking in conviction, makes for uncomfortable reading. My knee-jerk reaction was to dislike the storyline but upon second reading, I think Wilson’s getting at something deeper here. As her first arc was about how civil wars have to be solved from within, rather than imposed from without, the theme of this story is that it’s difficult, almost impossible, to maintain compassion and love when everyone around you seems uncaring and cruel. Perhaps Diana is all of us right now, an inch away from giving up in a world that seems to sometimes have lost its capacity for love.

However, I’m displeased at the break-up between Steve and Diana. Not so much that the break-up happens but that Steve ties it to feeling lesser in the relationship. That’s a fundamental misunderstanding of the dynamic between them. Steve might be mortal but the reason Diana loves him is that he loves her without reservation–Steve tradionally lacks the toxic masculinity that creates feeling of inferiority in the presence of a powerful woman. That’s why he’s perfect for her. He’s a mortal that loves a god and all that it entails, not a sullen lover who wants a bigger piece of who she is.

Perhaps this break-up will be temporary but it feels more permanent than just a magical plot twist. 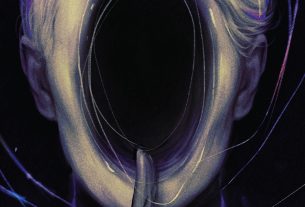 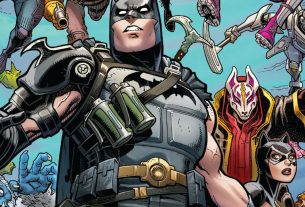