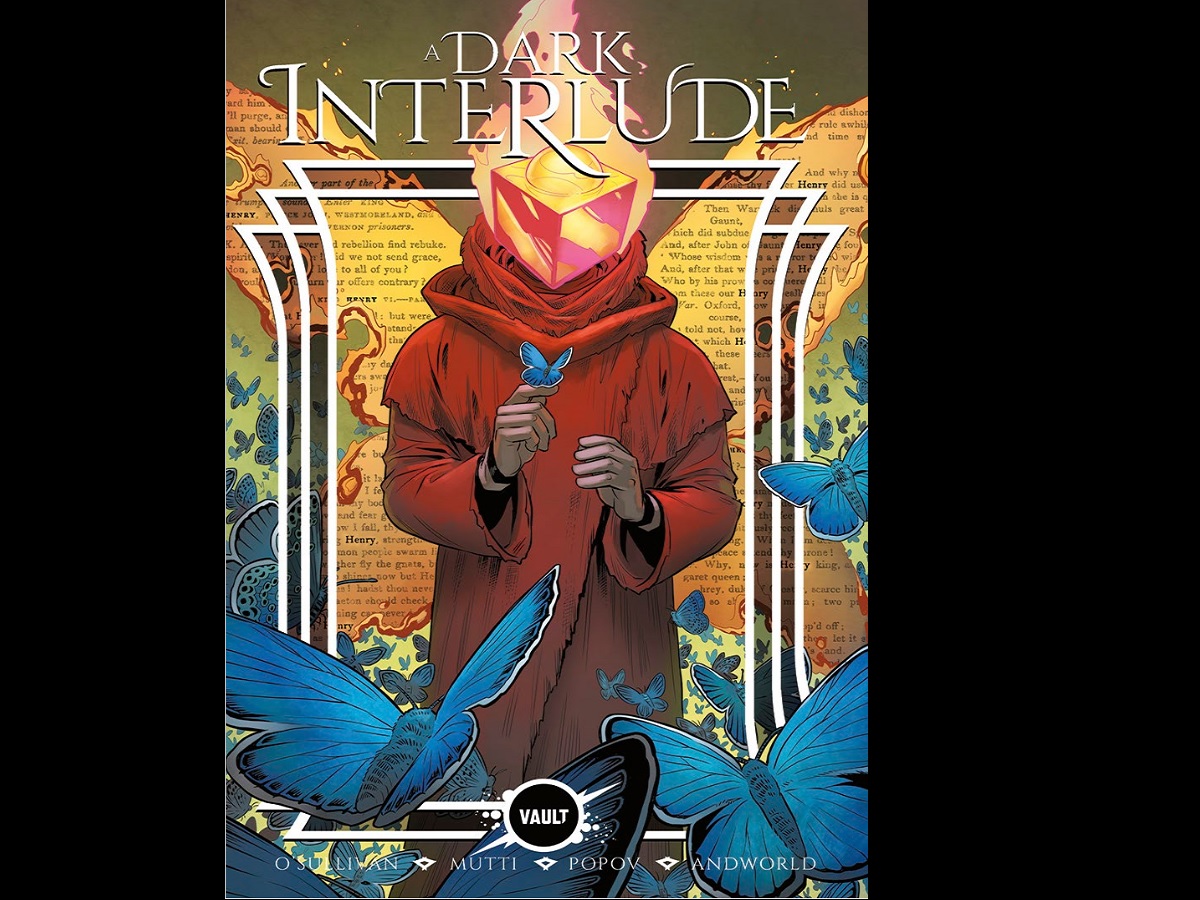 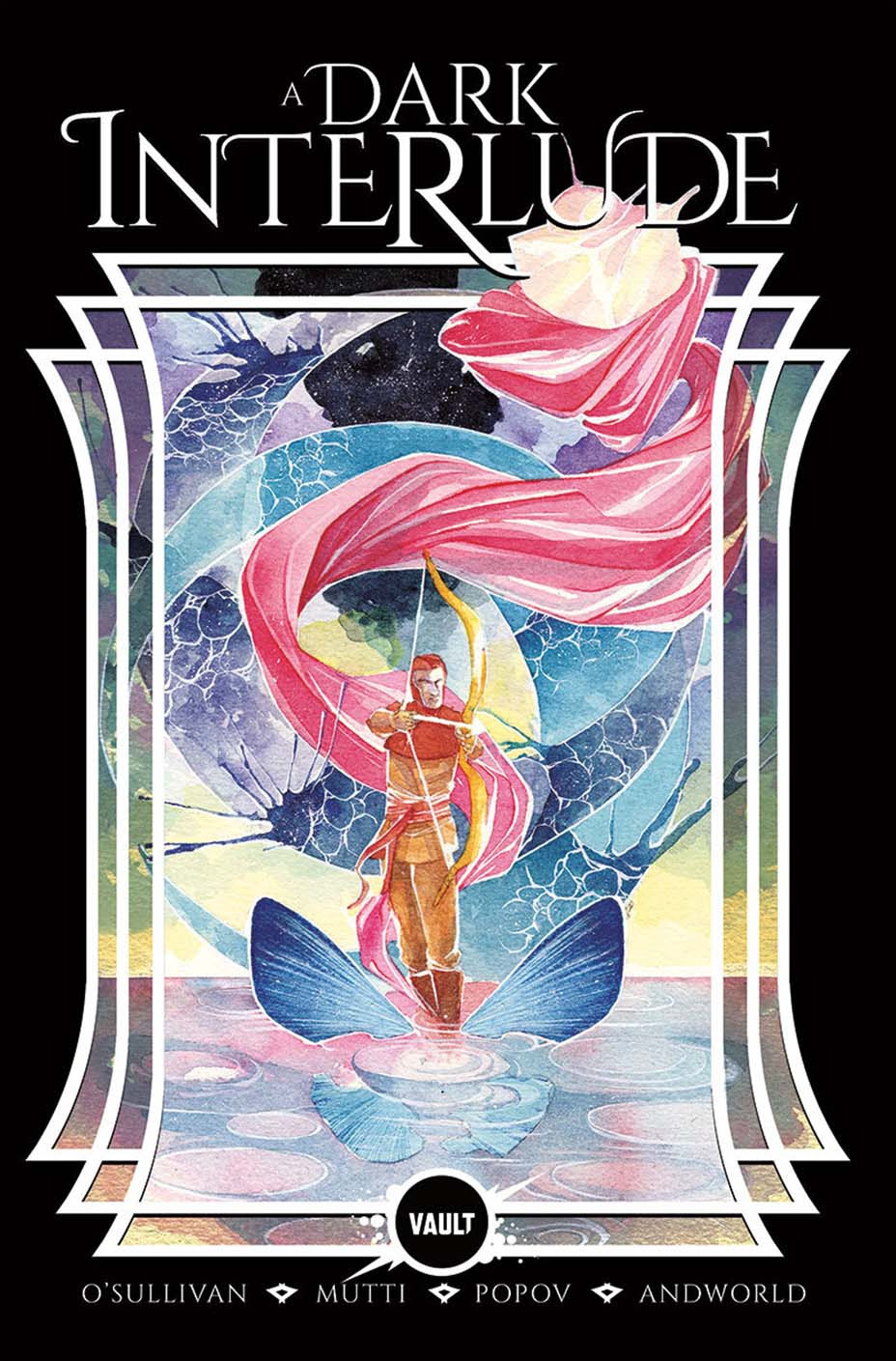 The Fearscape is an alternate reality, populated by manifestations of our worst fears. In the first volume of this series, we learn that a Muse has traveled to Earth, searching for the greatest Storyteller, but has encountered a plagiarist instead. This plagiarist fought with a real author and murders him, a crime for which he is now in jail.

Henry Henry, the plagiarist and an evil man, the bad character, has written a book during his jail time. His narrative, a bit convoluted at times, can transport you to a library, a place very much like Neil Gaiman’s The Dreaming, but populated by nightmares. 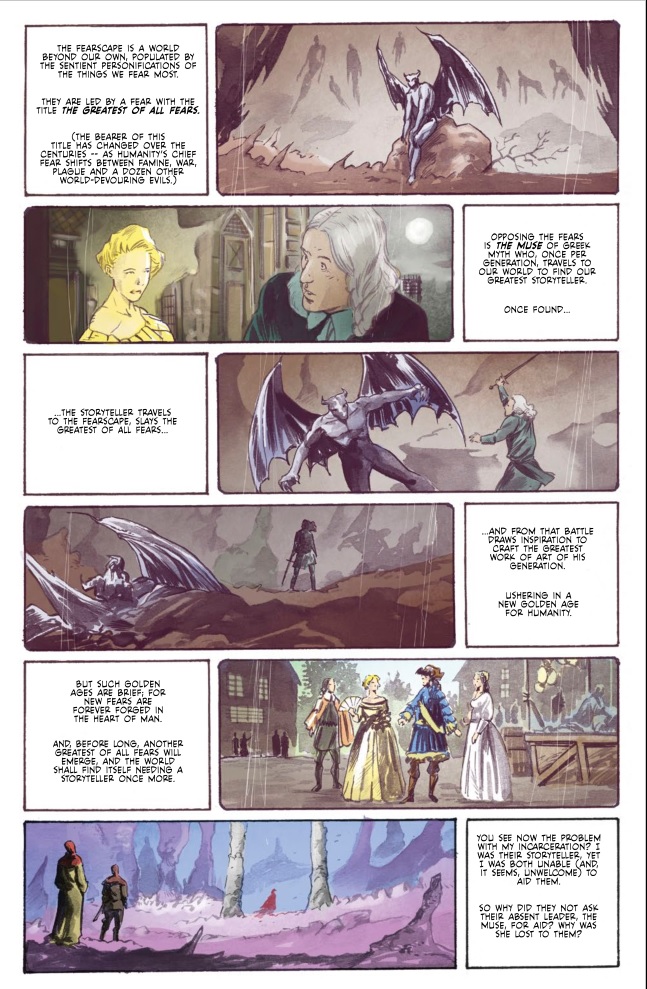 It reminds me a lot of a great comic about story telling that came about a couple of years ago, The Unwritten. There are all the meta references you might expect of a work such as this, and the characters are very interesting: both in this Earth and inside the Feasrcape. He speaks as the Dream Lord did, too, with white letters on a black background.

And they mock ambition, big time. As Henry Henry says:

No! The only offence to literature greater than the loathsome synopsis is the sequel. I will not stand idle while some poor excuse for an editor mangles and confuses my story, which is intact, perfect, and concluded, with this derivative drivel. Mark my words, this nonsense has nothing to do with my tale. I am not in it. I do not condone it. And you, dear reader, should not buy it. –HH

But, perhaps, you should. 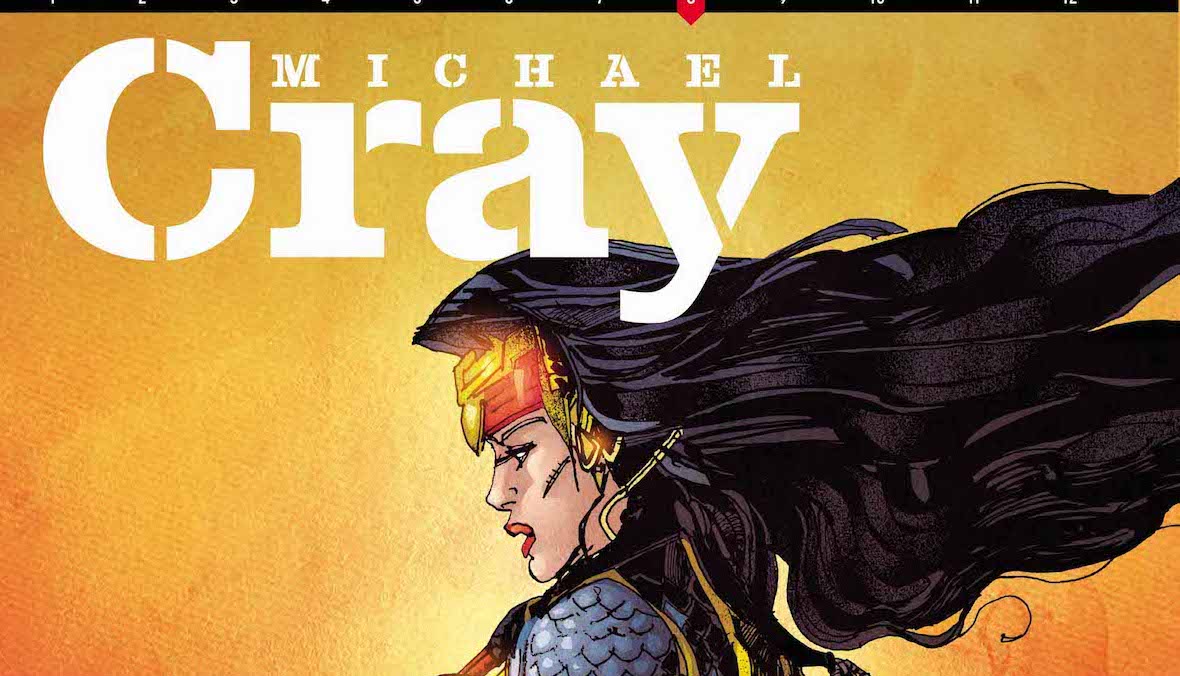