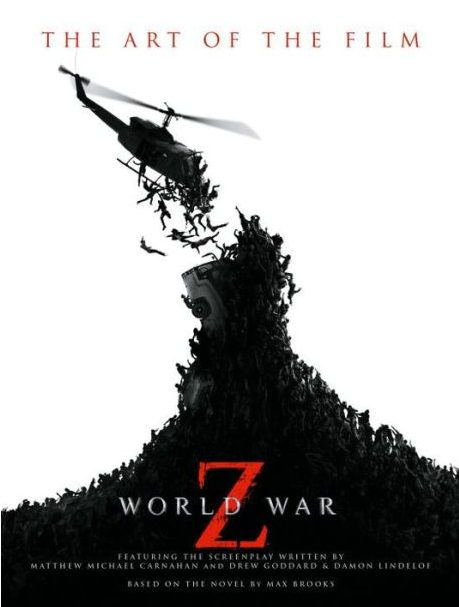 First off… a big spoiler warning here. This book review will be covering the new World War Z movie. I can’t really talk about some of the elements in the book without discussing a few of the plot points in the movie, so feel free to finish this paragraph if you haven’t yet seen the film, but read no further.

So, before I talk about The Art of World War Z from Titan Books, let me just give you my quick opinion on the movie. So many complaints exist about the overabundance of zombie movies, but you won’t hear that from me. I love zombie flicks and readily admit that I’m not much of a zombie movie critic as I tend to enjoy most of them. Most. Not all. But I did enjoy World War Z. I’ve read the book, and I know many readers fussed when they heard the major story would not be following the documentary-like format of the book. To be honest, I really don’t think the book could have been translated into a two hour movie if readers expected all of the book’s locales and key characters to be properly developed. Two hours is simply not enough time, so I’m okay with the fact that World War Z was distilled into a smaller number of world locations and focused on a single character, Brad Pitt’s Gerry Lane.

World War Z is a zombie flick. Let’s not argue that point. But it does differ in many aspects from standard zombie movies. This one has the fast variety — they run, jump, and tackle… mercilessly. Yes, not original, but still bucks the trend of the slow zombie. Given that the infected go from living to dead in about eleven seconds (slower in some countries), it’s difficult to imagine a slow zombie flick as the victims were just fine, running away and screaming, before being attacked and converted. The speed just makes sense. This movie also has a slight twist on the infection issue and how and why some of the uninfected are chased down and others are just ignored. Having read the book, some of the movie’s secrets were obvious and easy to figure out, but watching Gerry Lane put it all together as he flies from city to city was still fun.

The movie spans at least five locations that I can count, including one of my favorite parts of the movie that takes place in (now) walled and fortified Jerusalem and discusses a Tenth Man method for decision making that helped get the city ready for the infection. Pennsylvania, South Korea, Israel, and a few other key locations are all given the end-of-the-world treatment, and I couldn’t help but feel a bit overwhelmed thinking about my own family here in Atlanta. Certain scenes of traffic jams and high-rise buildings on fire… definitely helped me to see things from Gerry’s perspective with his wife and two children needing protection.

All in all… a good zombie flick. A number of jump-in-your-seat scares combined with some tense combat had the grown man behind me squealing out loud about a dozen or more times during the two hour movie. Some good cameos can be found in the movie, too, including Matthew Fox (I kept thinking the helicopter guy who gets like two or three scenes in the movie, looked like Fox, but I didn’t think it was him given the short screen time) and James Badge Dale as a gruff soldier leading a small group of military survivors in South Korea.

Titan Books sent me over a copy of The Art of World War Z, and it really wasn’t what I as expecting. First, it’s got the full-script inside, and I enjoyed reading some of the stage direction and background details provided to the director and actors. I also discovered that a few key scenes had been shuffled in the final film — I can totally see why the Prelude to the film was changed and moved almost to the end, and it’s interesting to ponder how and why directors move scenes to increase tension.

Interestingly enough, the book has quite a number of small quotes from the various actors in the film as well as some of the visual/art folks. There’s a lot of closeups of the infected that fly by so quick in the film. A lot of CG photos are included that allow readers to see how key scenes in the film were developed first as CG and then melded with actual actors, vehicles and equipment. It’s a 158 page oversized and full-color book that will provide any fan of World War Z with hundreds of photos, drawings, and renderings from the film (as well as the unedited script).

A number of entertainment websites are reporting that a sequel is already being developed. The movie does offer itself a way to continue the story (or possibly tell it from a different point of view like the book), so I’m not going to be surprised if Gerry Lane is once again called on to leave his family and go searching for survivors and clues about the origin of the virus. Zombie movies never die, so if you enjoyed the movie and want more… hunker down somewhere safe and wait for an official response. 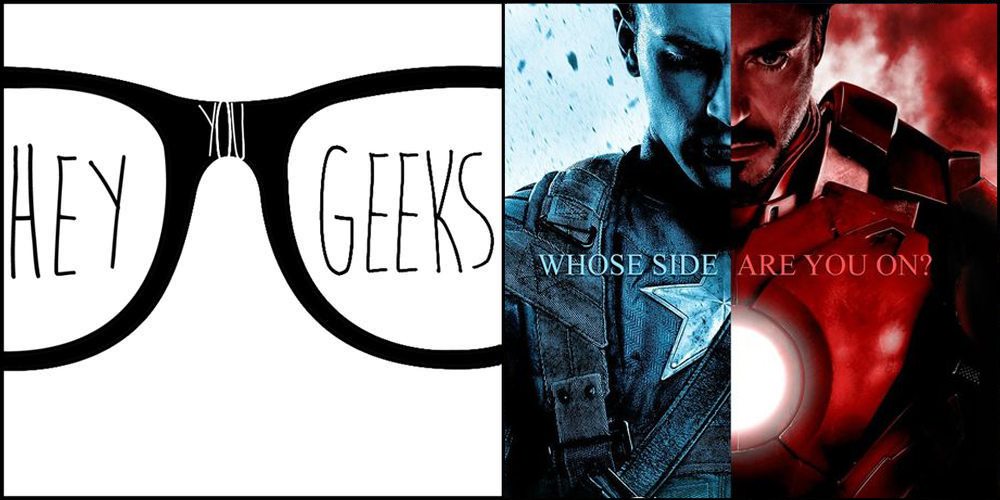 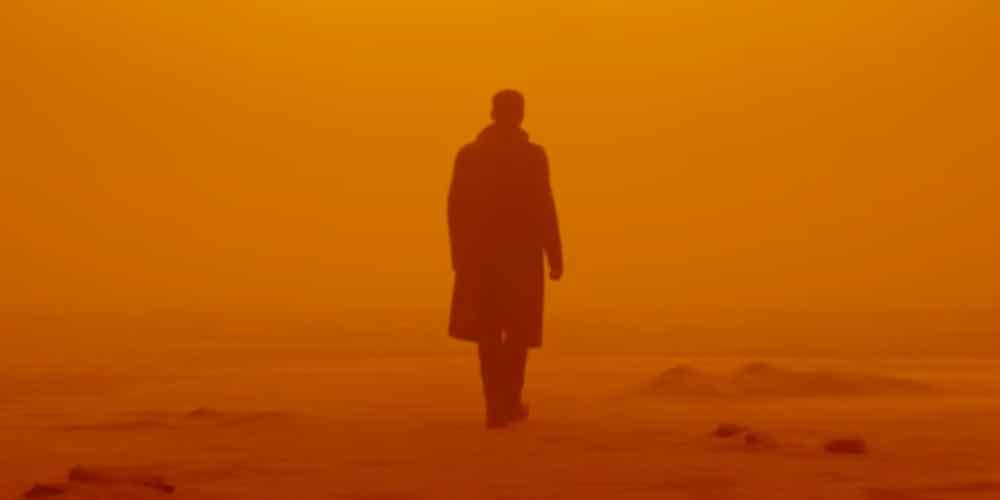 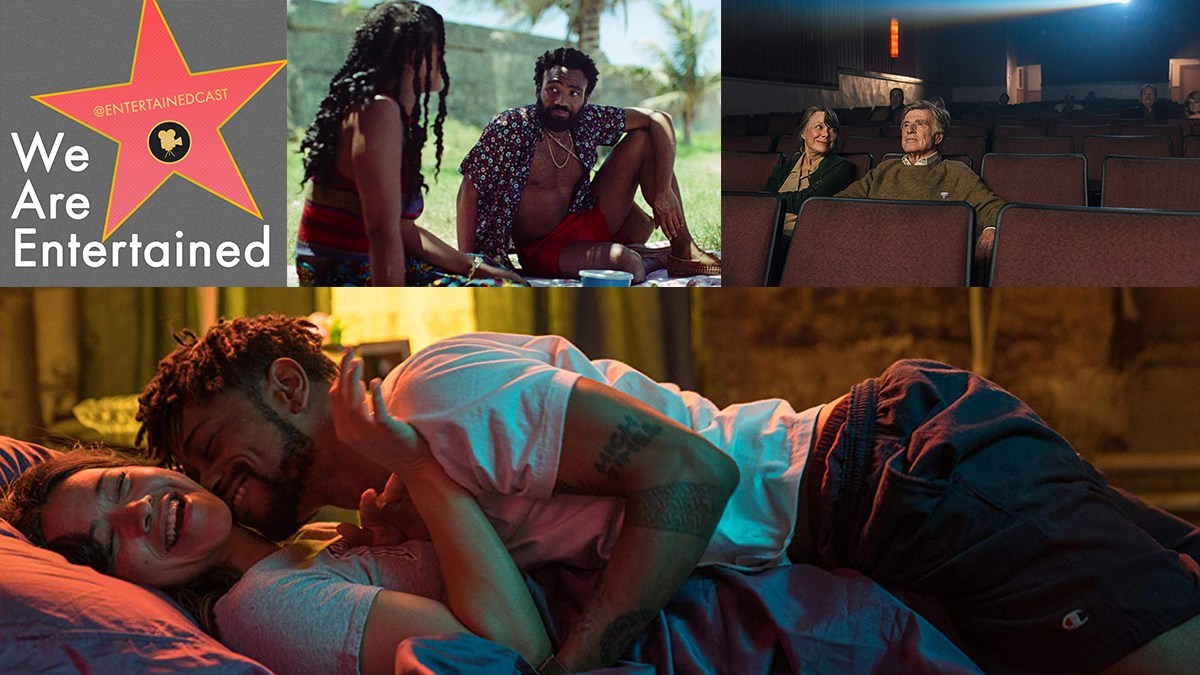 We Are Entertained: ‘Someone Great’