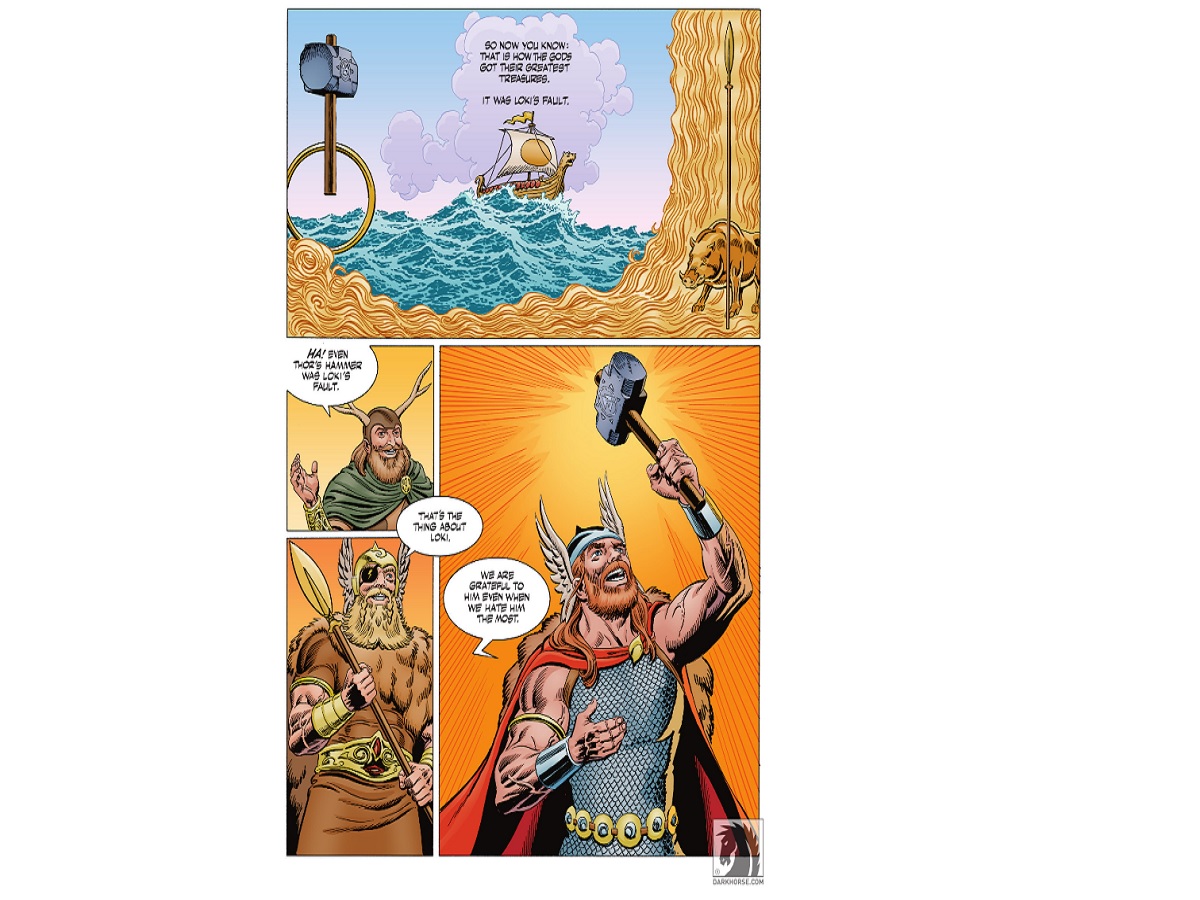 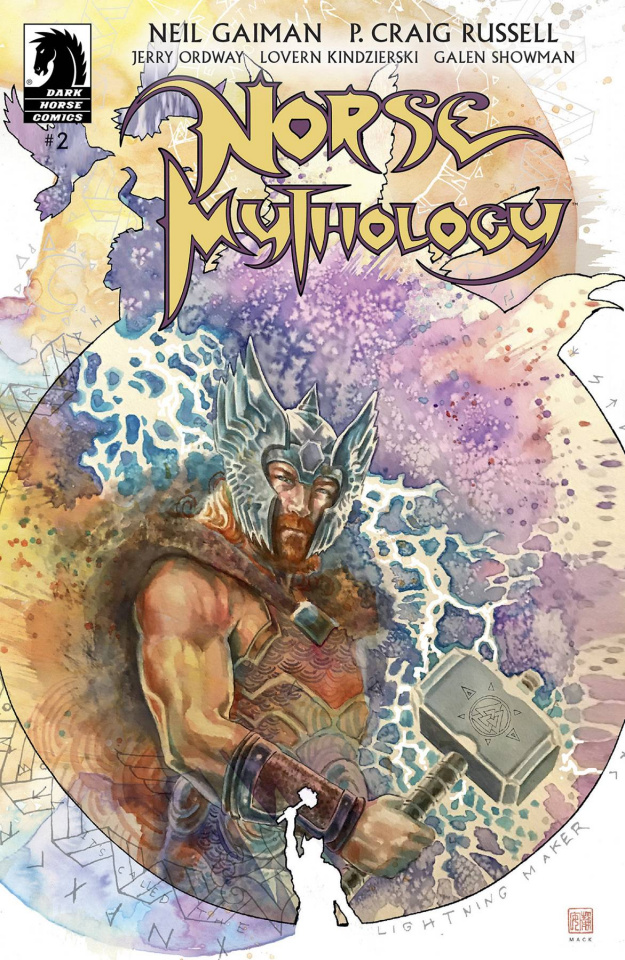 Norse Mythology Issue # 2 continues displaying some of the best tales of the same name by Neil Gaiman.

This time, we left off with the beautiful Sif, Thor′s wife, awakening completely bald. Probably Loki had something to do with it, so they urged him to think up a solution, and off he went, to challenge the dwarfs.

These are adaptations of well-known Nordic sagas, so there might or might not be a surprise for you in here: because the recounting of the dwarf′s gifts matters, and you need to know the significance of each one of them.

Of course, mischievous as Loki always is, he doesn′t want to pay for anything, so he challenges two sets of dwarfs for mighty gifts for the gods, saying to each pair that the other will be always better.

However, when they wager on his own head, he sets off to be a nuisance and undermine the power of the bellows. He literally transforms himself into a gnat, that will bite and stab and interfere with the dwarf′s work. This is the reason why Thor′s hammer (one of the prized gifts) has such a short handle. 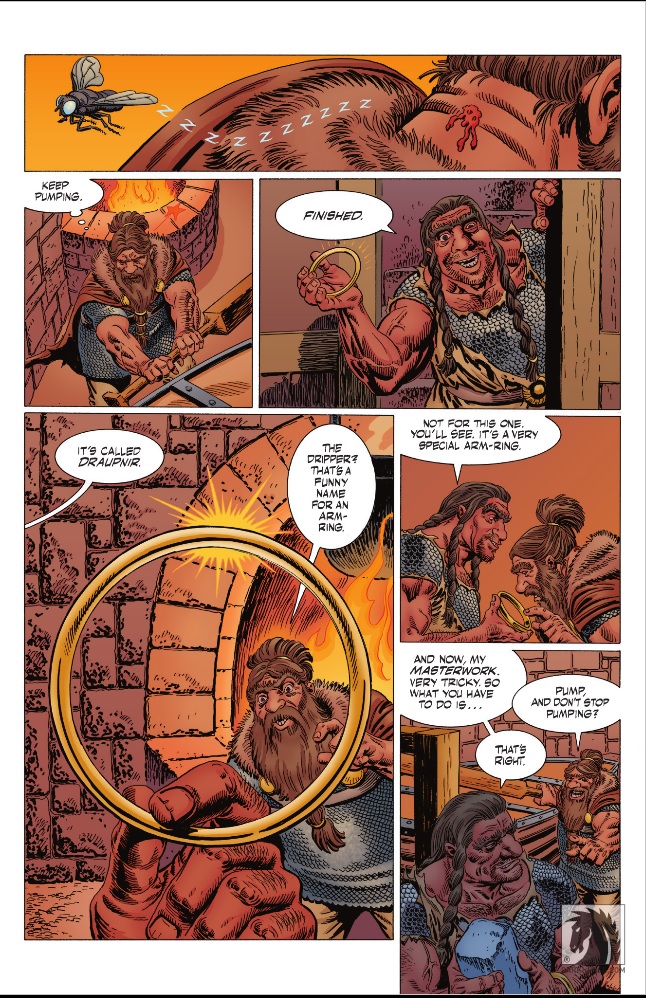 The other gift is ever growing perfect golden hair, of course. To camouflage this, there are many others: spears, boars, ships and the like.

Will Loki lose his bet despite all of his efforts? Read on to find out… 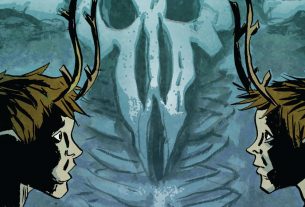 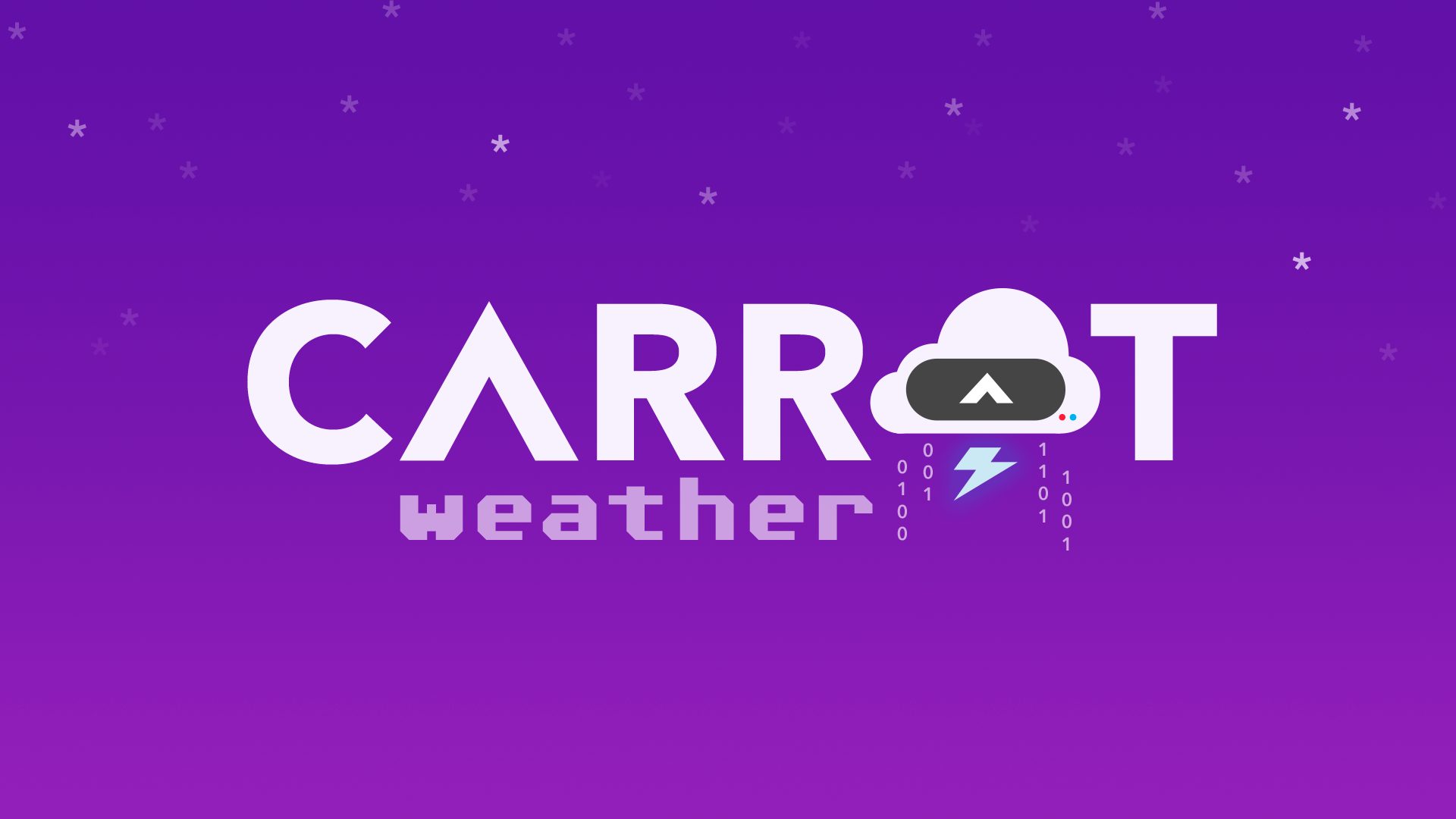