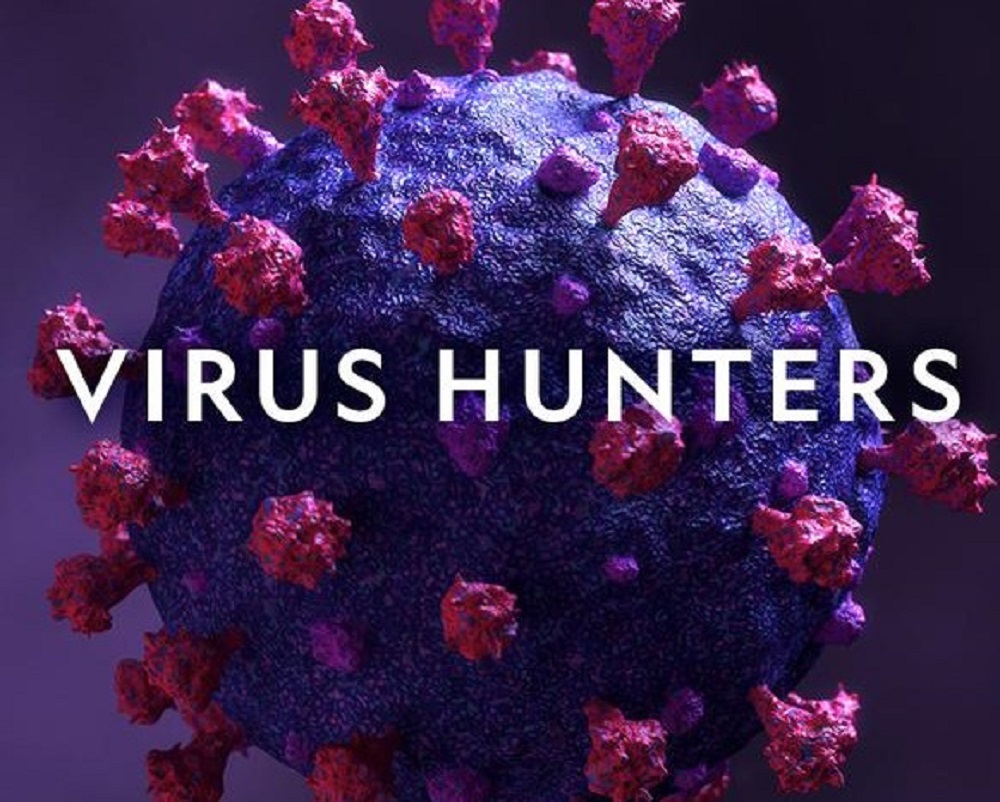 Since the current pandemic began, there have been more than 44 million cases of COVID-19 and over 1.17 million deaths due to this virus worldwide. In addition, the economic losses and costs of fighting this global event have reached into the trillions of dollars. Like many other viruses that affect humans, this one is believed to have made the jump from animals to humans. Are such pandemics inevitable, or can they be prevented?

Virus Hunters is a new documentary premiering on the National Geographic Channel Sunday, November 1st at 9 ET / 8 CT.  Christopher Golden, National Geographic fellow, epidemiologist, and ecologist, and James Longman, a foreign correspondent for ABC News, travel the globe to hotspots where a new virus may emerge that could cause another more deadly pandemic. The documentary starts out in Libera, which had been a hotspot for Ebola a few years ago. Now they are trapping and testing bats for new viruses and visiting markets where meat from wild animals is sold. Next, Christopher and James travel to Istanbul, Turkey, which had been in the middle of the MERS outbreak. Finally, the documentary literally brings its investigation home to Wisconsin in the United States to learn about how scientists are monitoring chronic wasting disease, which afflicts the deer population, to ensure that it does not cross over to humans.

I had the opportunity to interview Dr. Jim Desmond about his involvement in the project. He is the founder of Liberia Chimpanzee Rescue and a consulting veterinarian with EcoHealth Alliance. His primary role is to conduct disease surveillance in wildlife populations to better understand transmission risks. As part of his role, he travels the world and trains teams on how to collect samples while maintaining high standards of treatment for the animals with which they are working. Dr. Desmond has worked in Indonesia, China, Bangladesh, Myanmar, Uganda, Liberia, and other locations. He stated that the goal is to “see what disease risks are out there in wildlife populations and the factors that contribute to the spillover events such as the current virus pandemic that is affecting all of us.” Previously, Dr. Desmond worked in Liberia and Uganda looking for the wildlife reservoir for Ebola by testing bats and some other mammals.

In one part of Virus Hunters, the team looks into the wildlife trade industry with an emphasis on the sale of “bushmeat” and how that interaction between humans and wild animals during hunting and transportation provides opportunities for viruses in animals to make the jump to humans. I asked Dr. Desmond what he believes drove this industry. He shared that in West Africa, where he resides, it is primarily cultural. Those people who live inland get most of their protein from hunting wild animals. “From a young age, you will see kids going around with packs of dogs to go hunting.” He further explained that as more people move to urban areas, hunters provide the bushmeat for the markets. It also being sold in other countries as people leave Africa to live elsewhere and still want their bushmeat. In other places, such as China, there are farms where they breed wild animals for food. This can then increase the demand and if farms can’t provide enough meat, then people go hunting in the wild to increase the supply. Such demand is not limited to just Africa and Asia. I was surprised when Dr. Desmond told me that the United States is the biggest importer of wildlife parts in the world.

Dr. Desmond also had a great response to my question of why it seems that many of the major viruses affecting humans initially come from bats. COVID-19 is believed to come from bats, and MERS crossed from bats to camels and then on to humans. He explained that bats are the only mammals that can fly. A theory is that flight takes so much energy that bats do not have much left for their immune system. Therefore, bats are hosts to a number of viruses, much of which are not deadly to them. When humans come in contact with bats through hunting, opportunities arise for animal-to-human transmission of these viruses, which cause more serious problems in humans.

The message that Dr. Desmond wants viewers to take away from Virus Hunters is that the current coronavirus pandemic is not a one-time event. “Things like this are going to keep happening unless human beings decide to change the way we do things and how we interact with the world around us.”

Be Sure to See Virus Hunters

I am grateful for the time Dr. Desmond took to speak with me. I learned a lot from watching Virus Hunters and my interview with Dr. Desmond helped me better understand the job of scientists, doctors, and veterinarians like himself in detecting and preventing future outbreaks that could result in the next pandemic. Virus Hunters is a companion to a special one-topic issue of National Geographic Magazine titled “A World Gone Viral.” I highly recommend viewing this enlightening and eye-opening documentary. It helps explain how viruses such as COVID-19 can result from human interaction with wildlife and the environment as well as what can be done to help prevent them in the future.